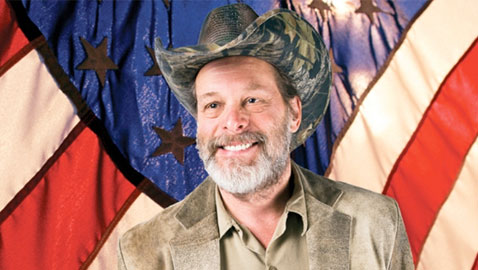 He had his first hit, “Journey to the center of the mind”, as a member of the Amboy Dukes in 1968. 1975 marked his official debut as a solo artist. Today, Ted Nugent is a long established icon in American hard rock history. He’s one of the major guitar heroes. Songs like “Stranglehold”, “Motor city madhouse”, “Dog eat dog” and “Cat scratch fever” are classics and perennial faves with fans of fat and groove-based rock. To date, Ted Nugent has sold around 30 million albums and made way over 6 000 concerts. In 2014 he returns to SRF, teamed up with his classic vocalist/rhythm guitarist Derek St. Holmes, bassist Greg Smith (ex-Alice Cooper, Rainbow) and drummer Mick Brown (ex-Dokken) – which will also be his one and only European performance this year.