Syzygy progressive rock from Ohio, USA. The band excists already for more then 20 years. In 2012 they released a wonderful 3 disc live set titled A Glorious Disturbance. Syzygy is not your tipical Prog Band. This band is so diverse that you cannot get even close to put them in one musical box. They mix Progrtessive Rock from the 70’s like Yes, Genesis, Emerson Lake, and Palmer to hardrock, like: Ted Nugent, Uli Jan Roth, Yngwie Malmsteen, Deep Purple etc. Also some modern prog rock you can find in this band. We had a really nice interview with one of the bandmembers, Carl Baldassarre, guitarist from the band. The other bandmembers are: Al Rolik, Sam Giunta and Paul Mihacevich. and now and then you hear at live shows a great guest on vocals; the voice of rock: Mark Boals.

The first album: Cosmos and Chaos was released in 1993, the second album: Allegory of Light (2003) and Realms of Eternity was released in 2009. What is the reason why it’s taken so many years to release another album?

It’s sort of our signature! We are absolutely committed to making the best music we can measure by measure. No fluff, no filler, no “good enough”.  We are very demanding of ourselves.  Also, the nature of our compositional style is very “vertical.” That is to say we write very deep throughout each measure versus “horizontally” by just adding unexamined measures for “quantity” at the expense of harmonic and contrapuntal depth and quality.  If you look at all the music within each measure of our music, it’s quite extensive.

Can you tell us something about the albums: Allegory of Light and Realms of Eternity? The production; how it was received by press and fans..?

They were radically different production, but received identical responses from the press and fans.  The Allegory of Light started by us retrieving some unused tracks from the Cosmos & Chaos sessions.  Between 1993 and 2003, technology took off and we were able to revive the magnetic tapes from the old sessions and build on those great compositions.  That album had a lot of production effects and overdubs.  Sort of experimental – I just had my new studio built so we threw everything we could into it. On the other hand, Realms of Eternity was a more controlled and elegant production.  It is very lean, clean but fulsome; both in composition and production. The sound of the band solidified with Al Rolik on electric bass (vs. synth bass from Witsend) and Mark Boals on lead vocals.  Realms of Eternity pointed toward the band’s true compositional voice, while Allegory was a youthful search. Both albums received incredible critical acclaim from around the world and still sell extremely well.  Our fans really love to hear this music.

Throughout the years, the band received a lot of attention in Progressive Rock magazines like: IO Pages, Background, ProgArchives etc. Did it have any positive effect for the band?

It’s huge! If not for these devoted editors and readers, it would be almost impossible to survive – especially as an independent artist.  I can’t stress enough how critical these magazines have been to our success and reputation.

Do you have a distribution deal for your albums in Europe?

No, we handle it all as an independent artist.

What are your own favorite bands and favorite albums (to name a few)?

I loved all the great progressive bands of the 1970’s.  I can’t even begin to name them, but you can definitely imagine the influences as you listen to our early offerings.  Over the last couple of years, I haven’t listen to too much progressive rock because I’ve been so immersed in my conservatory studies and preparing to bring a fresh and ground breaking approach to the progressive repertoire in the coming years.

What is most important to you as a musician? Are you in a band just to play music, to use your talent(s), to have fun or has it also to do something with the lyrics, or maybe better to say, is it important to have a message, what is your idea about this?

That’s an awesome question.  For me, it’s primarily about the creative process and composing. My goal is to one day compose imperishable musical masterpiece(s).  I’d be pleased to have expanded the boundaries of what is possible by harnessing the knowledge of what has come before to create relevant repertoire for the 21st century.  I continue to pursue knowledge and mastery of the three elements which all the greatest composers of history possess: pitch, pulse and above all, purpose. 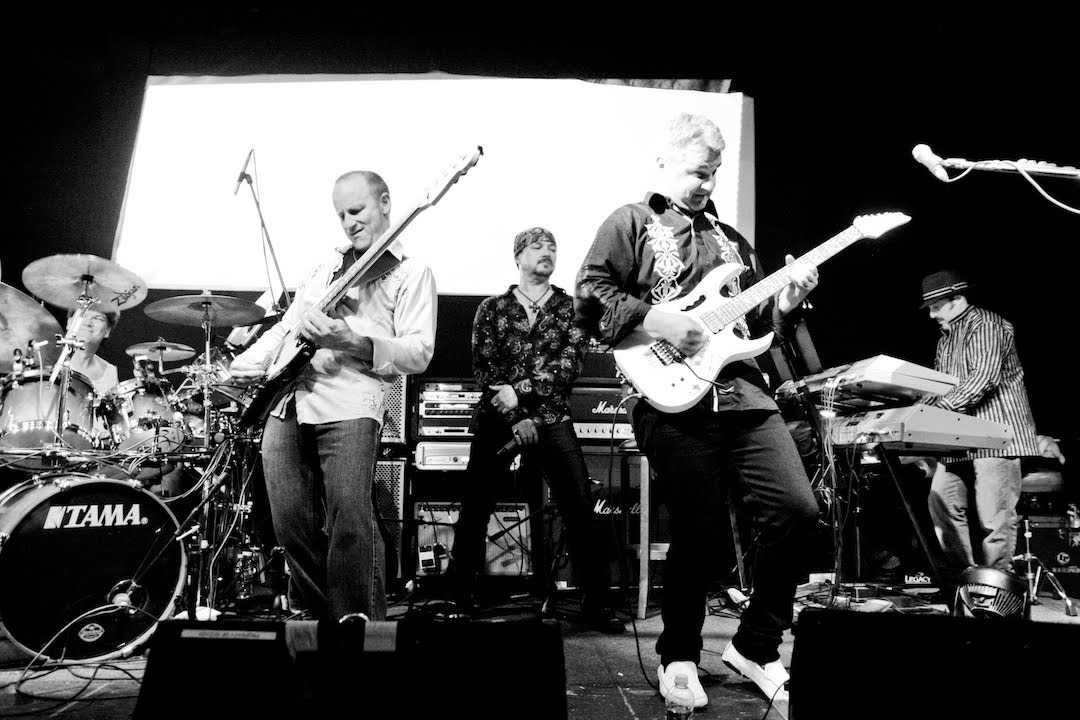 Can you tell us the story about Steve Hackett (Genesis) he was very pleased about the music from Syzygy?

Yeah, he reached out to us when he heard our Realms of Eternity release with a very personal note.  To be told that our music was the “best” independent release he’s “ever heard” and to call it a “masterpiece” was unbelievably gratifying.  He is a legend and that meant the world to us.  I’m still smiling just thinking about his support.  It’s awesome.

People in the Prog/Rock scene compare your music to some of the really great bands in music history; Spock’s Beard, IQ, Yes, King Crimson, Asia, Deep Purple. What do you think when people compare Syzygy with these great bands/musicians?

You can’t feel anything other than pride!  To be mentioned with the greats is flattering and humbling.  I think we get more comparisons than pretty much anyone I know.  I think in part it’s because our compositional voice is so wide but built on solid footing.  Eventually our sound will coalesce into a distinctive atavistic amalgam that will only be called “ours”. The next step will be to have people say another band sounds like Syzygy! 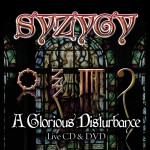 Can you tell us about the great CD/DVD Box set Digipack that was released in 2012? Syzygy – A Glorious Disturbance (Live DVD/CD & Bonus DVD)?

It really is a capstone to the first 30 years of our career.  It most accurately captures the band in all its facets.  It has a retrospective feel in both repertoire and bonus material. Ironically, it is the “end of the beginning” in that it wraps up the discovery phase of our career.  What is about to come will be set in high relief compared to that testament.

What are the future plans of Syzygy?

We are about to head into the studio to start recording our new music.  We have two albums. They are tentatively titled: Syzygy III (Dialects) and The Picciotti Variations.  We’re flirting with this being a double album with Syzygy on one side and a new band name on the other to accurately demark the next phase of maturation. 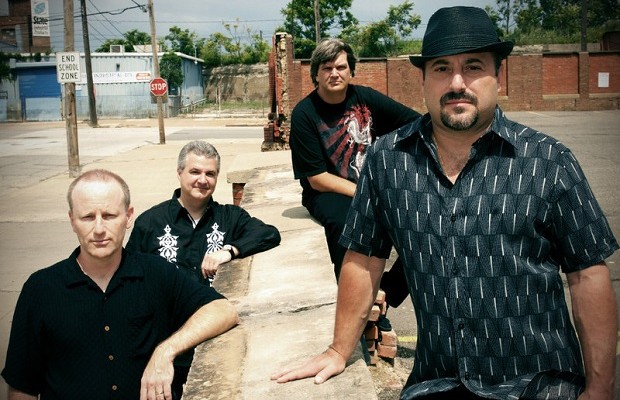 Where can people order your records and other merchandise?

You can watch us at our YouTube channel: syzygymusic1

Do you have any last word to the readers?

First, thank you for supporting this magazine! And, if you’re already familiar with our music, thank you for your encouragement and support. We promise to never give you any music that is not a complete emptying of ourselves.  On the other hand, if you haven’t heard our music yet, I hope this interview has put a stone in your shoe and inspires you to try us out.  In either case, I wish you all a life filled with joyful music and good health!