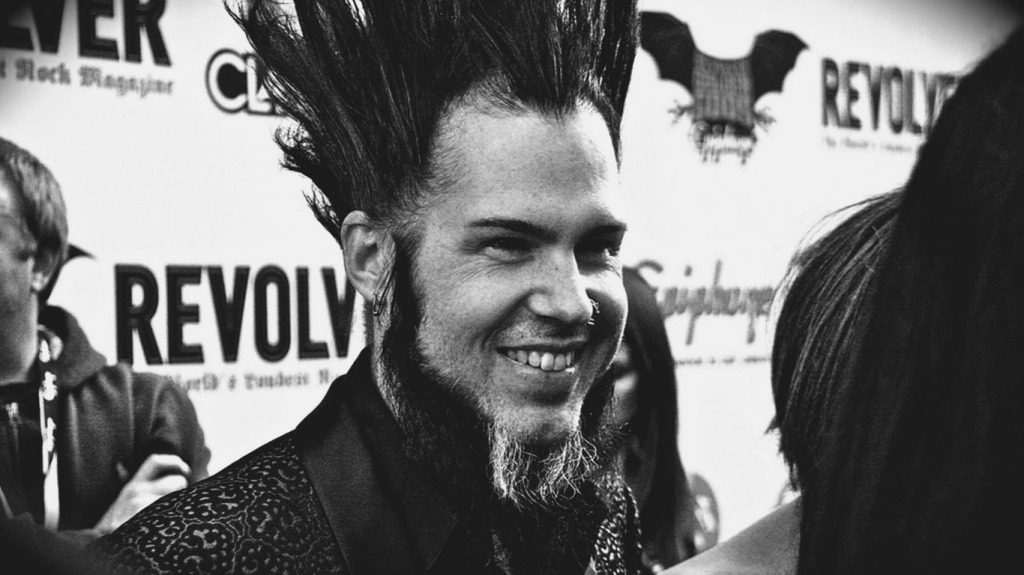 Singer/guitarist Wayne Static (born Wayne Richard Wells) of the industrial metal band Static-X has passed away at the age of 48. His death was confirmed by Wayne‘s publicists at FiXT Publicity.

No official cause of death has been reported but some of Wayne‘s friends and peers believe that his death may have been connected to drugs.

An ever growing list of bands are taking to social media to express their sadness.

Jacoby Shaddix (PAPA ROACH): “RIP Wayne…. This is so sad. Too many musicians are dying from overdoses. I’m serious, addiction is real and takes fools out. No one is invincible. So glad I live a sober life today. The number of friends that I have lost to addiction is crazy. If you are struggling witn addiction, get some help before it’s too late. I know drugs and partying are part of the ‘rock ‘n’ roll lifestyle,’ but damn, how many more gotta die??? Fuck the lifestyle, I want life!!!! See you on the other side, Wayne….”

Dino Cazares (FEAR FACTORY): “He’s a legend, a great guy and songwriter. It sucks to lose a friend to something that you wish you could’ve helped him for. R.I.P. Wayne Static.”

Corey Taylor (SLIPKNOT, STONE SOUR): “I am absolutely devastated to hear about Wayne Static‘s death. A good man and a good friend. My thoughts are with his family and friends.”

Aaron Lewis (STAIND): “My heart goes out to Wayne‘s family. He was my friend. Many shows and tours together. I’m stunned and shocked. RIP my dear friend #speechless”

KORN frontman Jonathan Davis said: “Rest in peace, Wayne. I’m speechless right now. I’m losing too many of my friends. I’ll see you on the other side, brother.”

John 5 (ROB ZOMBIE, MARILYN MANSON): “Very saddened to hear that Wayne Static has passed away in his sleep. I performed with Wayne for our friend Nancy Sayle‘s ‘Rock Against MS’ show in 2013 and worked with him for his track ‘Cannibal’ in 2007. My thoughts are with his wife and family and friends.”

Cristina Scabbia (LACUNA COIL): “Shocked. Waking up with the horrific news someone you knew died is the worst feeling in the world… R.I.P. Wayne.”

FEAR FACTORY: “We would like to send out our condolences to the Wells family R.I.P. Wayne Static.”

David Ellefson (MEGADETH): “This is just horribly sad news. I have such great memories of our tours together over the years. Wayne was truly an originator, innovator and milestone contributor to metal music. My condolences to the STATIC-X organization and family.”

Morgan Rose (SEVENDUST): “Crushed to hear the news of Wayne Static passing away. We played many shows together. Horrible news. RIP Wayne.”

Shaun Glass (BROKEN HOPE, THE BLOODLINE, SOIL) stated: “I lost a friend today. Beyond mad and saddened at the same time. SO many memories. R I P Wayne.”

Otep Shamaya: “Very sad to hear about the loss of Wayne Static. He was so sweet and talented. Our condolences to his family, friends, and fans.”

Miguel “Meegs” Rascon (COAL CHAMBER): “Wayne, this was the one photo taken when we were on tour with you with WE ARE THE RIOT. So happy I have this. You were part of the nu metal movement that shaped the metal scene in L.A. with COAL CHAMBER and countless others. We were a scene. Untouchable. Family. Hungry… I will miss you, brother. RIP. I’m your homeboy forever, wherever you are. Much love.”

DJ Ashba (GUNS N’ ROSES, SIXX: A.M.): “You will truly be missed. God bless your family, friends and fans in this moment of sadness.”

SOIL said: “We are beside ourselves with sadness right now. Another legend lost. We will miss you, brother.”

Disturbed: It is with a heavy heart that we say goodbye to our old friend Wayne Static. RIP

Shavo Odadjian (SYSTEM OF A DOWN): “REST IN PEACE BROTHER!!”

American Head Charge (Official): “AHC would like to extend deepest condolences to the family and close friends of our brother, Wayne Static… You will be missed, but your influence will live on. A life gone all too soon.”

“My friend Wayne Static has passed away.

“So glad to have known him, recorded with him, toured with him, partied with him and had MANY real conversations with him. He was a good soul who chose the wrong path.

“He will be missed.”