On Sunday’s Game of Thrones, we saw our first large group of wildlings since the end of season 4. And in this group, you might have thought a handful of those haggard individuals resembled members of a particular metal band. 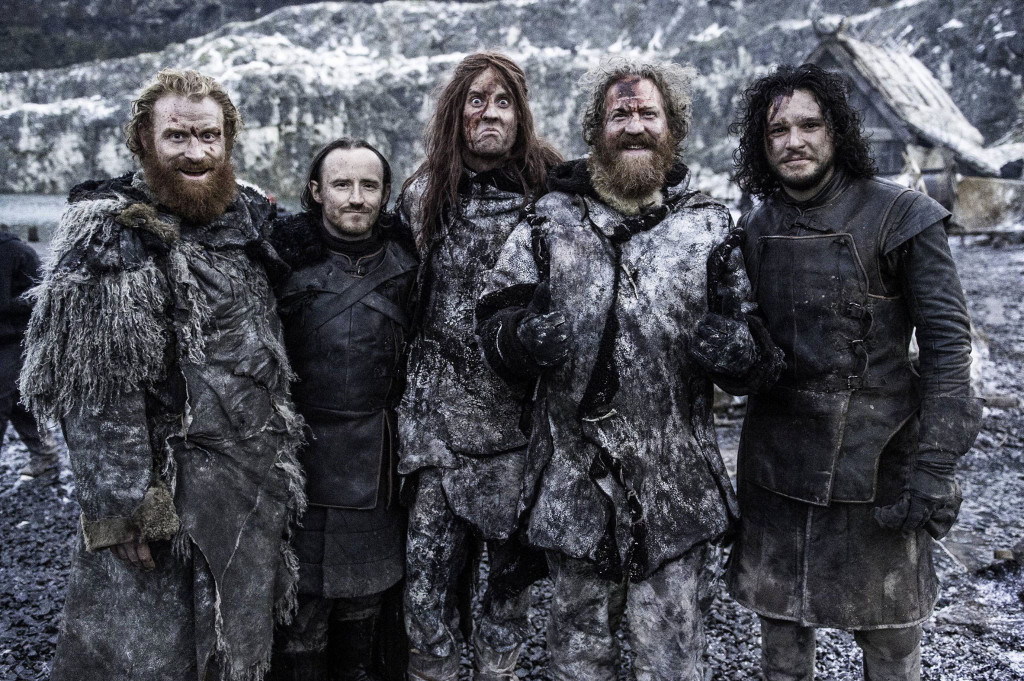 Mastodon’s Brann Dailor, Bill Kelliher, and Brent Hinds were featured as “wildlings” in the latest episode of Game Of Thrones, which aired last night on HBO, (via Ptichfork). According to a press release from the band’s label, it was the show’s executive producer Dan Weiss who landed them the cameo.

“It was such an incredible experience to be on set as extras for our collective favorite show Game Of Thrones and to be wildlings murdered and then brought back to life by White Walkers was beyond amazing,” shares Brann. “I watched my best friends Brent and Bill, murdered right in front of me as I myself was stabbed in the stomach and had my throat slit multiple times, and I didn’t mind at all. It made me love being in Mastodon even more. We are more than privileged and honored to have been a part of one of the greatest stories ever told on film, and the catering wasn’t bad either.”