Megadeth and Lamb Of God are joining forces for a full UK & Eire co-headline tour in November 2015. The tour will coincide with the release, later this year, of Megadeth’s 15th Studio album through Tradecraft / Universal. Lamb of God’s new album VII: Sturm und Drang will be released July 24th via Epic Records in North America and Nuclear Blast Entertainment throughout the rest of the world. Check out a new tour trailer video, streaming below. 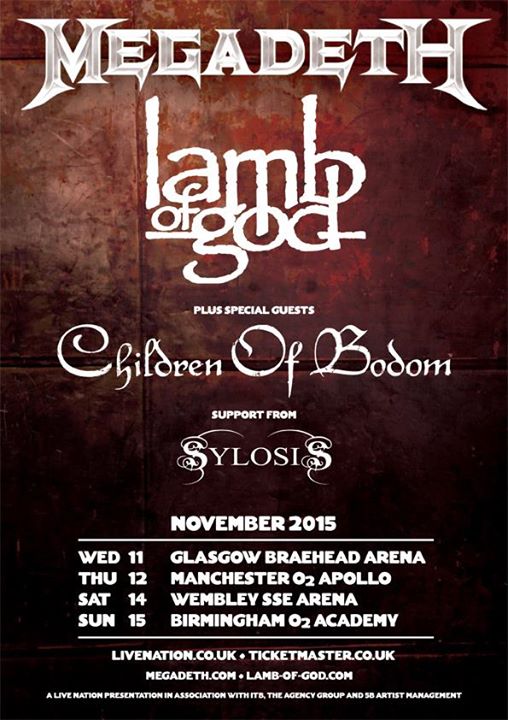