‘Venom’ is the tenth studio album from Impellitteri and their first since ‘Wicked Maiden’ back in 2009. Returning alongside Chris is founding vocalist Rob Rock, long term bassist James Pulli and a new drummer in Jon Dette.

Impellitteri return to the mix with ‘Venom’ on Frontiers. The album is full of heavy metal guitar shredding and huge vocals that encompass a huge arena sound.

We, recently spoke with Rob Rock about the new album and the recent developments within the band. Rob Rock’s recording career began with the 1986 worldwide release of the M.A.R.S. Project: Driver album. 23 years and over 25 albums later… 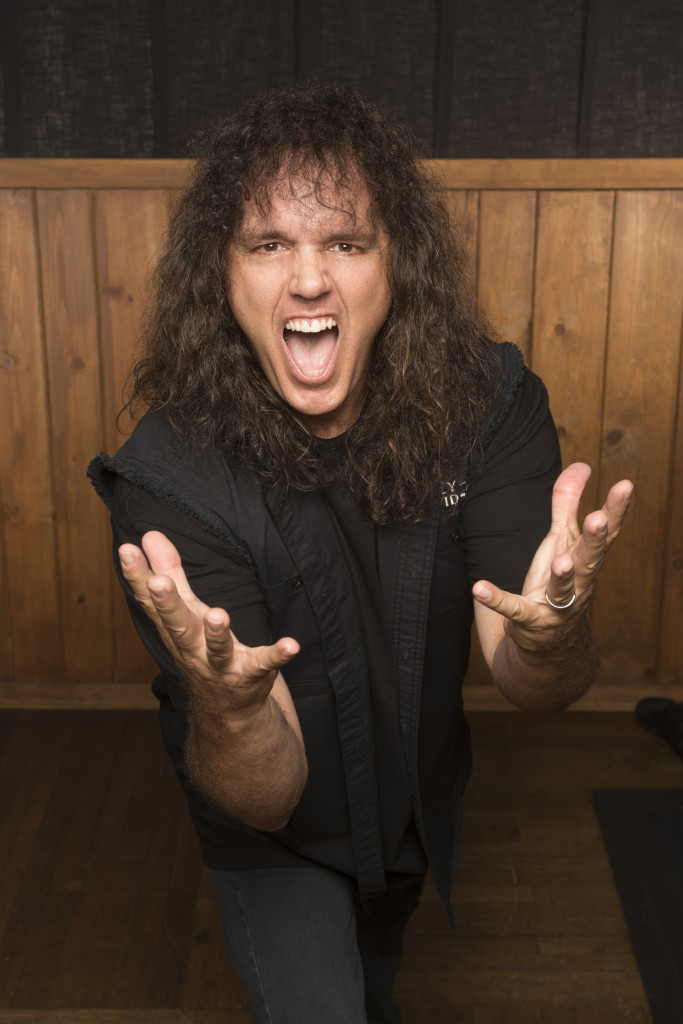 I’ve always admired the way you guys write and create music on Impellitteri. Usually, the structure of your songs are very different from the basic standard of “verse-bridge-chorus”. How you guys structure the songs? Do you plan this ahead?

Chris is the main songwriter when it comes to the music and arrangements. He likes to put it all together to showcase the song as well as the guitar playing and melodies. I’m usually layering the vocals over his arrangements.

Talking about the last album “Venom”, first congratulations on the album. I love that album, the songs are great. And Chris Impellitteri is amazing… I assume the creation of the album was a huge challenge since, after so many years, you changed the way the albums were being created, right?

Well, in our case, not much has changed. We were jamming together before we recorded, then went in and layed down guitars and drums, and then I sang the vocals later in my favorite studio here on the East Coast. We sent the files to Greg Reely to mix and then we all had our input on the mixes until everyone was happy.

The band is back with your new album Venom. It sounds amazing. What were you aiming for in the studio?

We wanted to crush hard and to make a new statement. It’s been a few years since the last release so we wanted to make sure we made an impact when the new album was heard. 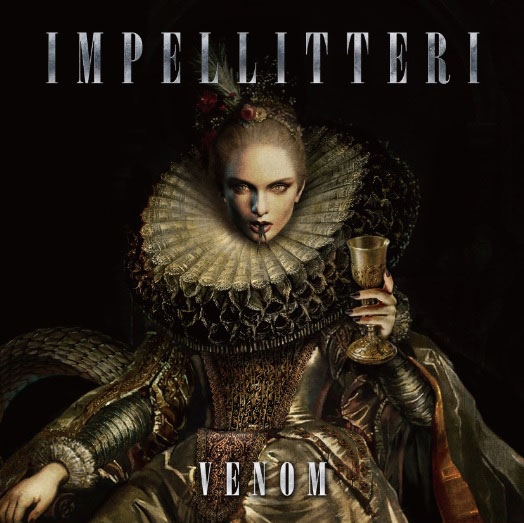 Tell us about the writing process for the album. Over how long a time period did it take to record?

It was demoed over a two year period. We had time to live with the songs and make sure they were right for the new record. Some ideas were left on the side but the strong ideas we developed and nursed into strong songs. There was no pressure to write, just writing as it came and in the end it was cool to have songs ready to go when the label called.

What is your personal songwriting process? How do you write a Impellitteri song?

I usually digest the music and the vibe of what Chris is playing. I then start singing whatever comes to mind and try to come up with three different vocal melodies for each verse and chorus. At that point, a strong melody is starting to stand above the others. We take in ideas for options to choose and then we pick the strongest idea that fits with the music.

How did you come up with the title Venom?

I think Chris came up with that one. The label conceived the cover art, but we added the “venom” aspects to it to make it relevant to the album.

If you could choose one song from Impellitteri, which song would that be?

Hmm…tough one. Besides the singles, I really like Jehova and Domino Theory as deep cuts.

As a singer you have a really powerful voice. Who were your favorite singers growing up that inspired you to become a musician? 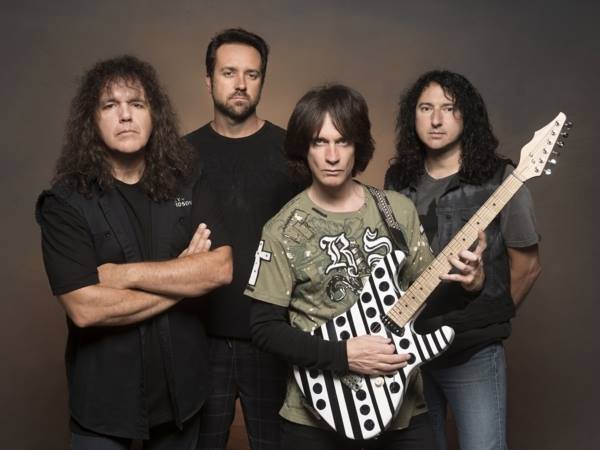 How do you feel about the metal scene today? I know the band is from the MTV era. Do you think metal is coming full circle again?

I don’t know. I think the world has changed dramatically in many ways, including the appreciation of music. Does anyone lay on the bed with headphones on listening to their new favorite album anymore? I think the world is far too distracted these days and people don’t take the time to dig deep into music like I used too. I hope it comes full circle, but I would like to see melody and harmony added to the metal again.

Do you find that you have new fans discovering the band for the first time?

Yes, we find lots of people on the internet saying – where have I been? How did I miss out on you guys all this time? At least I’m glad they discovered us now!

How do you think the band has evolved since you rejoined in 2008?

I think the band has matured in many ways, Now we all have full faith in each other to do what we do. Instead of micro-managing every aspect, we all just let it rock and do what we know how to do. I think it’s much free-er and relaxed now, and everybody is enjoying the whole process of recording and making music together.

I’m curious, how do you guys rehearse since you all have these very, very busy schedules?

We have to set aside specific time for Impellitteri and just prioritize. When we are preparing for a tour, we all agree on a schedule and do it. It takes some effort but we all are into the band and look forward to bringing the music to the fans live. 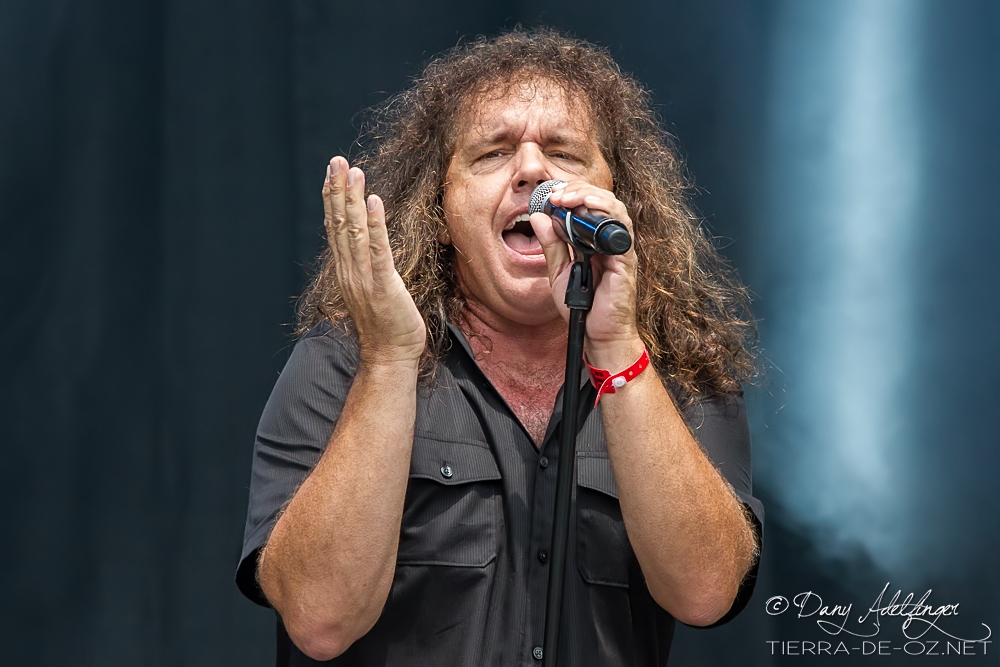 And about your solo albums, what can we expect for the future?

I expect to do another solo album in the future. I just don’t have the crystal ball in my hands yet to tell when it’s going to happan.

What kind of advice would you give a young kid that´s thinking of putting up a rock band or starting to become a singer?

Does you daily life relate to your spiritual life?

I think my spiritual life is my daily life. Daily Bible study and prayer is the way to go. It’s my anchor in this craziness out there. It’s not easy to stay focused all the time, but when I find I’m stressed out or over doing it, I try to remember whose in charge.

I hope you all check out the new Impellitteri CD. It is fast and intense and rockin’ hard. Enjoy it and I hope to see you live soon.