Sear Bliss, started in 1993 as a so called Atmospheric Black Metal band. The band is from Hungary and released 7 full length albums, some video’s/dvd and Ep’s. There last release: Eternal Recurrence came out in 2012 via Candelight Records. Time to ask Andras Nagy what’s up with Sear Bliss….

Dear Andras, how are you doing?

-Hello Heiko! I’m doing fine, pretty busy actually. I have just finished with my solo album and now I’m searching for a label to release it. It’s been the longest work I have ever done but I think it was worth the effort. It’s always a pleasure to complete something you’ve been working on so hard. Of course, there is still a lot to do, finding a label, doing promotion, etc. By the way, the band is called arkhē and the album is an experimental musical journey. I hope to put the album out soon.

The last album: Eternal Recurrence was released end of 2012, how was this album received by press and fans?

-For some reason it was not so well received by fans. Press seemed to like it and we got some really good reviews but the responses from fans were quite divided. It was the longest and most difficult studio session we did for Sear Bliss and we really put an incredible amount of work and effort in it. Personally that album means a lot to me and I’m really proud of it, as this time I played the guitars and also fretless bass on the album which was quite new to me. Musically we sort of expanded our limits. Probably for many people it was too much but those who are open for more experimental things appreciated the album very much. Also, the atmosphere of Eternal Recurrence is extremely heavy and it is difficult to dig into it sometimes, several listenings needed in order to understand the album well and what we went through during the writing and recording sessions. It was a really heavy period for me personally and therefor it was a great relief to complete this album.

What happenend with the band last few years?

-Actually Sear Bliss was on hiatus for more than a year due to my solo record. I wanted to focus only on that. Now we are playing gigs again. The last few years were a bit quiet.

What about Candelight records, are you still working with them together?

-Yes, we are still with Candlelight and I hope they will be interested in our next record too. 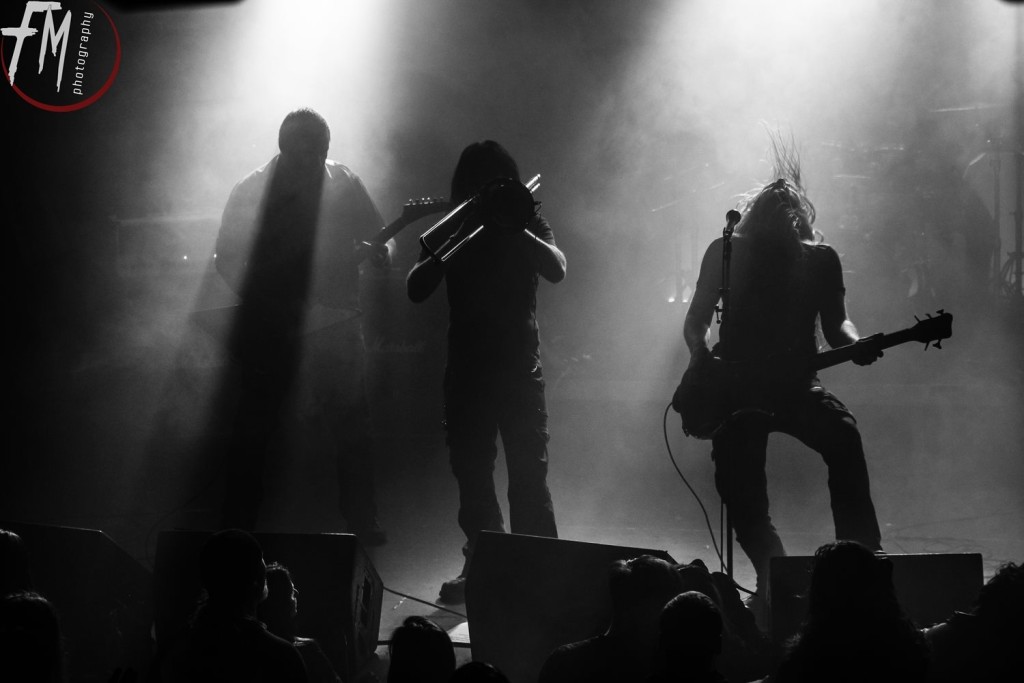 What about a new Sear Bliss Record?

-Now as I am finished with my own album, my next plan with Sear Bliss is to record and release an album which contains the songs we wrote right after Phantoms but have never been recorded because of an unfortunate change in our line-up at that time. I still have the rehearsal tapes and these songs mean a lot to me. They are very special with a really unique vibe, in the vein of Phantoms/In the shadow of another. It is a mark of a very special era. It must be recorded and released. It was written by the original line-up. Too bad we had to wait with it so long. Also this might be a good occassion to celebrate the 20th anniversary of Phantoms. Besides this, some good news are that a couple of Sear Bliss albums will finally be out on vinyl too. Things might be a bit slow though, as I am working now on the release of the arkhē album and I want to play it live too.

Any live shows you play at the moment/near future? what about a show in Holland?

-We had a great show in Ljulbljana (Slovenia) a few weeks ago and our next gig will be in Budapest on the 25th of October with Marduk. It brings good memories to us, as our first tour was with Marduk, back in 1997. It will be a cool event for sure. Then we will have a silvester show in Switzerland and in March we will go on a minitour where we will play Phantoms in its entirety as the celebration of the 20th anniversary of that album. Munich and Rotterdam are already confirmed, though we are still looking for a show for a Saturday. So, I hope we return to Holland with this special set!

Can you tell us something about the metal scene in Hungary? is it still a strong scene?

The Hungarian metal scene is relatively small but there are some very good bands here, i.e. Perihelion, Thy Catafalque, Svoid, Forest Silence. They are definitely worth a listen.

What are some of your own favorite bands to mention a few?

Do you have some last word to the readers of Bonavox Magazine?

Yes. Thank you for reading this interview. We hope to see some of you when we’ll play in The Netherlands.