One of the Greats in the Progressive Metal scene, is the band that started in 2000 with the name: Pagan’s Mind. The band is from Norway and thanks to the guys from SPV/Steamhammer we had the chance to catch: Jorn Viggo Lofstad, guitarist from the band and asked him some questions about the new live boxset: ” Full Circle – Live At Center Stage”. 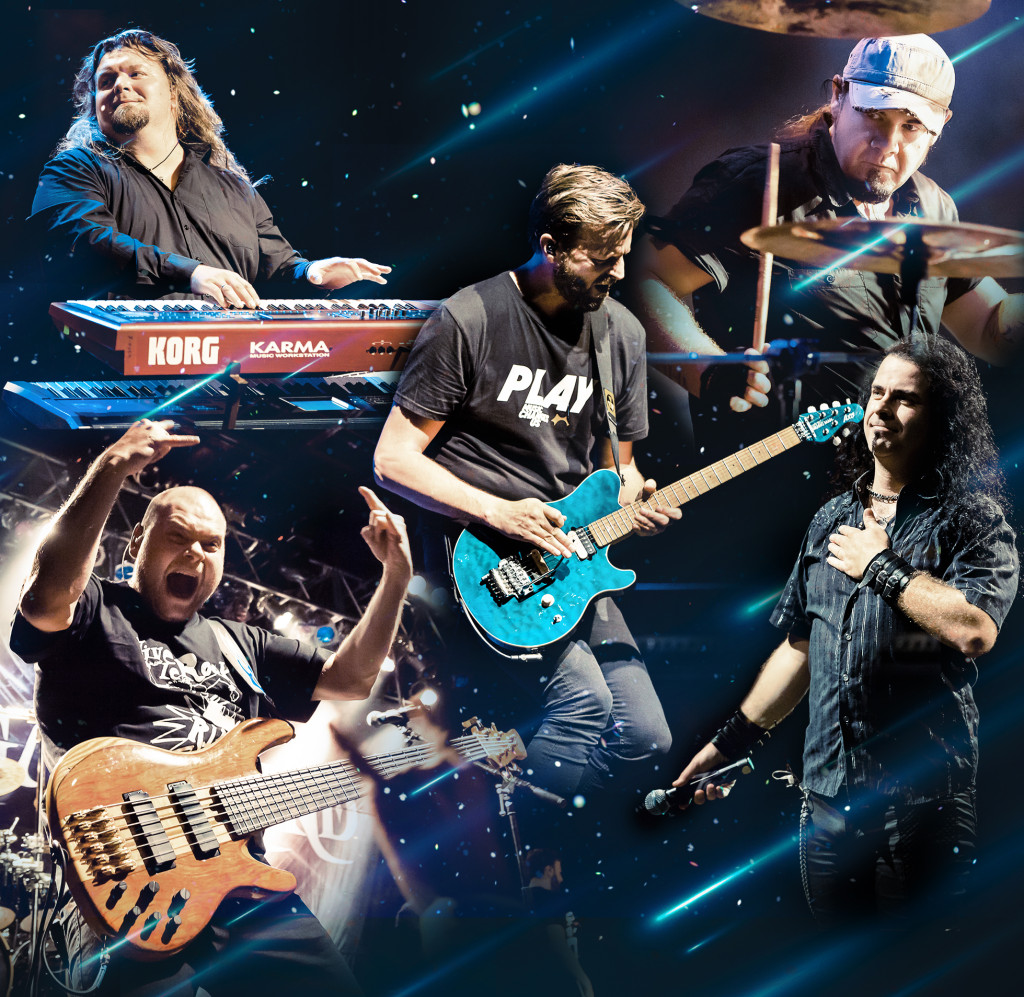 Just before the release of the new live boxset how things are going, probably busy with doing a lot of interviews?

Yes, we are doing a lot of interviews these days and promoting our new live release “Full Circle”, but that’s all fun work.

Please tell us something about the story behind: Full Circle, Live at the Center Stage?

This is a celebration of our “birthday“, “Full Circle” is a celebration of the band returning to headline the US ProgPower Atlanta Festival which we first opened up at in 2003. It is a true fest for us and our fans to be able to release this piece. And it was the fans that made this release possible, through our crowdfunding campaign.

There will be a full package of this release, for all your fans a great present. There will be  different packages like: 2cd/dvd, blue ray/2cd a 2 LP Gatefold version and of course the downloads via Steamhammer/SPV. Can you tell us something about these great package deals, I also saw that you have packages including a t-shirt from the album?

The packages contains different candy for the fans, and a t-shirt is also availiable in one of the packages. In a world of streaming music and too little personality through a release, we believe that making these special offers will help selling more physical copies. You can read all details about our different offers in this release on our website: www.pagansmind.com.

The band just released on Facebook the song: “Hello Spaceboy” a cover from David Bowie. Why the band choose this song to release on Facebook?

It is a strong live song, which we have been performing off and on since it appeared on our 2007 “God’s Equation” release. The song is always a success to do live and it shows the band’s musical diversity and capability to make a cover song our own. It’s a tune we really love to do as it has a great dynamic structure in a live set that is really tough physically, so it’s kind of a break in between!

David Bowie has said that this cover song, is the best cover from Hello Spaceboy he ever heard, how these kind words from the master himself where received by you and the other bandmembers?

We were of course delighted and humble to receive this message, it’s not often you get direct replies like that. And of course, we have used it for what it’s worth when we have been promoting it. It is of course a great honour to get such feedback from one of the greatest artists alive. We are very proud of that! 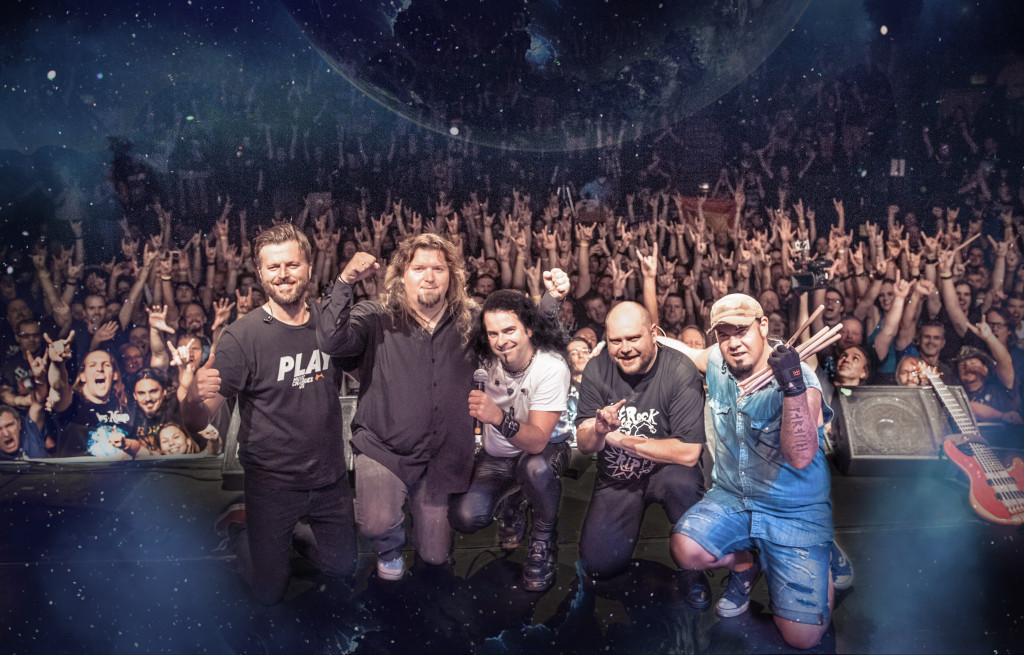 In 2011 the band released the last studio album called: “Heavenly Ecstasy”, now after 4 years you released via Steamhammer/SPV this live boxset……What about a new studio album?

We are currently working on a new album and will be releasing it sometime during 2016. For our band, quality has always gone before quantity and we want to be remembered in 40 years for putting out quality music before having pulled of a lot of records. Having that in mind, the compositions for the new album has taken a long time to write to preserve that quality and not repeating ourselves or sounding dull, or “tired”. It takes time, but it will be worth the wait for the fans. Releasing “Ful Circle” though, gave the fans something to munch on in the meantime.

Is the band going to play live shows in the near future in Europe?

No plans for gigs in the near future, in Europe or here in Norway. We will focus 100% on recording and writing the coming weeks and months.

You are from norway, how is the metal scene at the moment in your country? any idea…? or you just concentrate on Pagan’s Mind, and you are not aware of the other bands from Norway?

Norway has a great metal scene, also for progressive metal. It has been a lot of metal exports coming from Norway the last 30 years I think. We try to pay attention to other bands and also we know a lot of the bands personally. It is a small country so “everyone knows each other”, my experience is that metal bands in Norway work well together for the same cause and stay friends most of the time.

What is important for you and the rest of the band, is it just to show your and the bands musical skills to the listener, what about the lyrics are they as important as the music for Pagan’s Mind?

Lyrics has always been an important issue in our music, and our “die-hard fans” do appreciate them very much. Nothing is left to circumstances in this band, and the lyrics are always as well crafted as the music are. For me as a singer, being able to sing my own words – my beliefs, ideas and thoughts gives big pleasure. It makes me more whole as a human being. 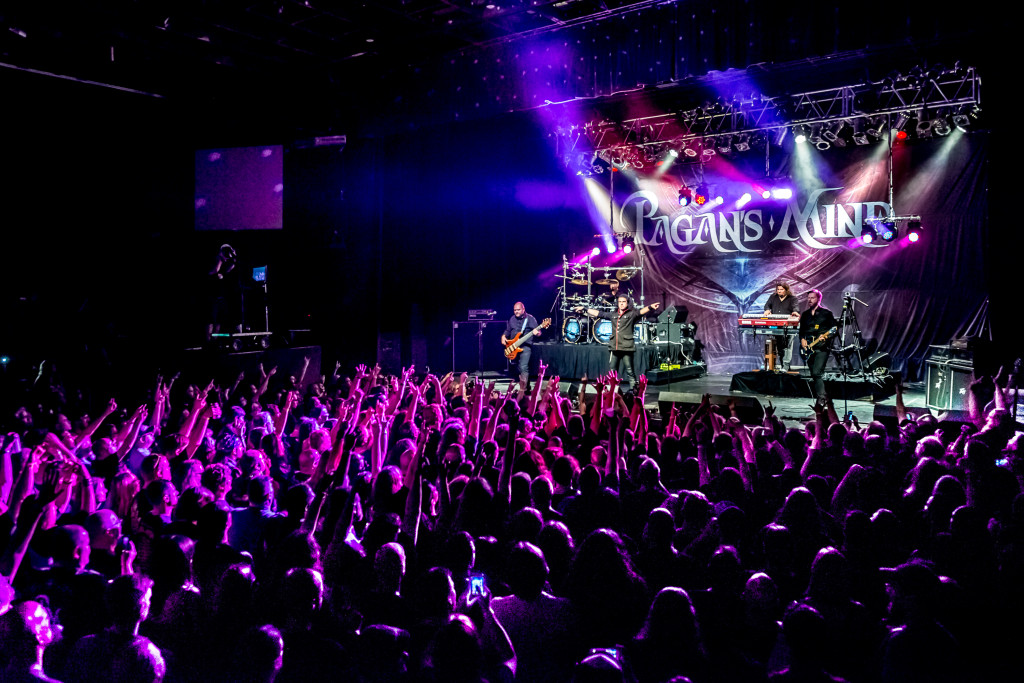 Any dream or wish you still have for the future of Pagan’s Mind?

It’s always important to dream. We have not reached a big commercial success but are one of the leading bands in our genre. We are of course satisfied with that, but of course – I still dream about Pagan’s Mind being an arena band that gather thousands of fans every night. Without a dream, you’ll get nowhere, so we still aim higher and higher for each year.

Any nice anecdote or story, something special that happened in the history of the band, that you want to share with the readers of Bonavox Magazine, The Netherlands?

There are so many stories, we should release it in a book one day. It’s been a fantastic journey so far and we owe it all to the fans..I couldn’t mention one specific story, but The Netherlands is special to us. We have always felt very welcomed there and do always look forward coming back to you. The message in Pagan’s Mind reflect very well with the highly educated and conscious people of The Netherlands.

Personally, it’s always been Iron Maiden, Beatles, King Diamond, Dream Theater, AC/DC, Kiss…there are so many. I also try to listen to new music as much as I can though. Every once in a while I get moved by a song on the radio, but not too often;-)

Any last word to the readers of Bonavox?

Buy our latest release “Full Circle” and be saved in the glory of Pagan’s Mind;-)