Old school heavy metal, with groovy hardrock songs …but you can hear in all our basic elements our love for heavy metal. That’s what’s written in 2012, at an interview with our colleagues from Mauce.nl. Where the band pointed out where they musically stand for! The band Methusalem, with the recording of a new video clip and some  concerts they are going to play with: Gun Barrel and Weapen-UK, it’s about time to get to know this great band from Friesland, The Netherlands… 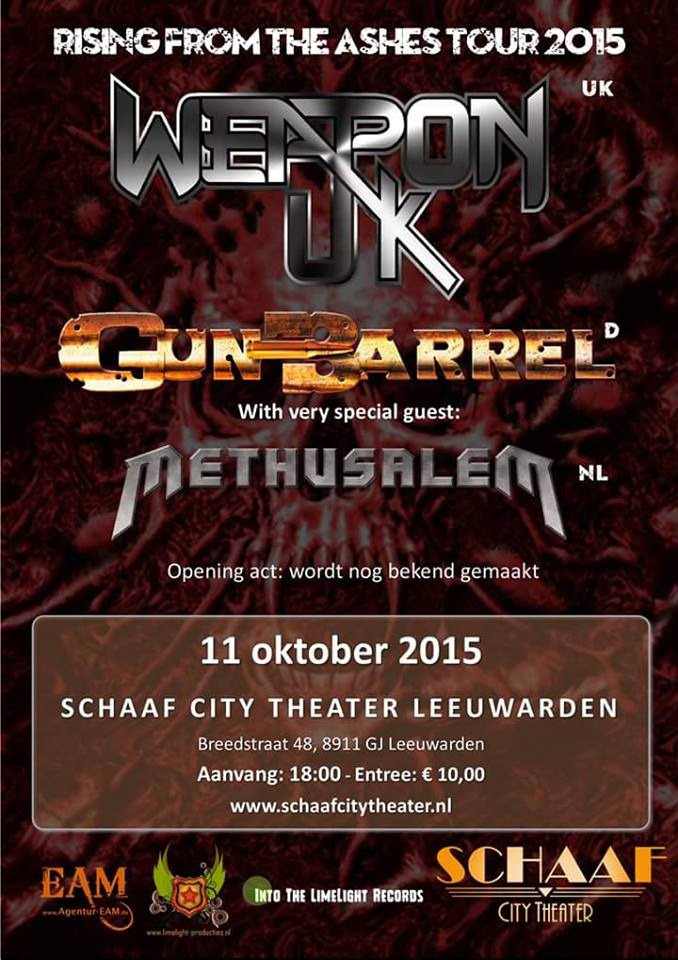 Hello guys, how are you doing?

Hi there, we are quite good, thank you!

Can you tell us briefly, how/when and why the band got started?

Of course! I’m glad to tell you something about the very beginning.

In late 2001 Jort Visser (our current drummer and Wilco vd Meij (former bassplayer) played in a gothic formation called Disorder when they got more and more interested in getting involved in a Heavy Metal influenced band. Saying that, they advertised for 2 guitarplayers and a vocalist. I joined the band as a guitarplayer with another guitarplayer. That other guy shortly exit the band due to his focus on a more progressive type of musicstyle. The three of us remained and were sure about the main purpose of the band: making heavy/power metal.

After a lot of auditions for singers en guitarplayers Dirk Jan Veenstra (current guitarplayer) joined the band. It was a very good match. Because there was no singer in that time I took over the singing part. This resulted in a Single (Guardian Angel) and a Demo (Promo pt1).

The search for a singer continued and that’s where we encountered Harold de Vries (former singer). At that time we recorded a MCD (Sentenced To Rock) and a full lenght (Unite and Conquer).

A few minor band member changes in the band occurred during the past years. In 2015 we are in the current line with Jort Visser (drums), Siem Tabak (bass), Dirk Jan Veenstra (guitar), Nick Holleman (vocals) and me Dennis Hoekstra on guitar.

Jort came up with this name, knowing about the bible figure. There’s no bible/religious link with the band, but it sounded cool and probably quite unique.

This month the band released a new videoclip for the upcoming new single, can you tell us something about it?

Sure, we have brainstormed and shared some ideas with our Manager Harm Kindt of EAM/Limelight Productions. Together we came up with a storyline and location for the shootings for the videoclip. This will be our first clip as a warm-up for the full-lenght planned for early 2016. At this moment we are busy editing the last material. The release will be in October 2015

The band went some time ago to the Double Impact Studio, can you tell us something about the time in this studio?

We had great fun recording the upcoming single for the video clip. The studio is located in my neighborhood in a village called Oenkerk. Great recording guy’s who listen and participate very well to our wishes. The final results are awesome we are very happy to record some new tracks in the near future.

What about a new album? will it be released via Limelight Records? can you tell us how you came in contact with this record label?

Yes the new album will be released via Limelight Records. The past year we did a few gigs mainly in Belgium with newcomer vocalist Nick Holleman. Nick is a perfect singer and frontman for Methusalem. Offering great high-pitched vocals a monstrous stage presence. Nick is also currently singing in his own band “Powerized” (NL) and the well known Vicious Rumors (USA).

Harm contacted our drummer during a gig and told him his vision for Methusalem. This was a great timing and next step for the band. We are very determined to achieve great things with Methusalem and Limelight next year. 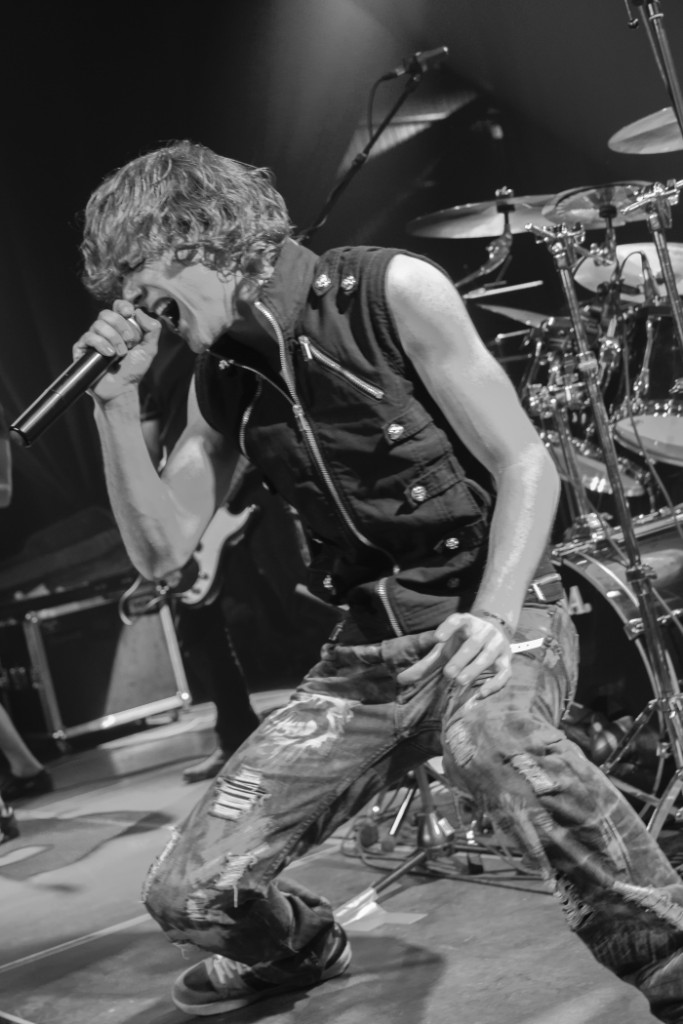 In October Methusalem is playing live with Gun Barrel in Leeuwarden, De Schaaf. Any other shows planned?

Yes, the day before, 10 of October, we are playing in Geleen with the same package. Weapon UK, Gun Barrel and Methusalem. In Schaaf in Leeuwarden the package will be supported by the band Miscall.

Weapon UK is currently touring on the “Rising from the Ashes Tour” promoting their latest album together with Gun Barrel. We are happy to support these two great bands in Geleen and Leeuwarden.

At this moment we are working on some new dates for 2015, so stay tuned.

There’s a very strong metal scene over here. A lot people visit local metal bands and the atmosphere is relaxed and friendly. In 2016 a new venue will be opened in Leeuwarden which is called “Neushoorn”. This will a great new boost for the entire (metal) musicscene. 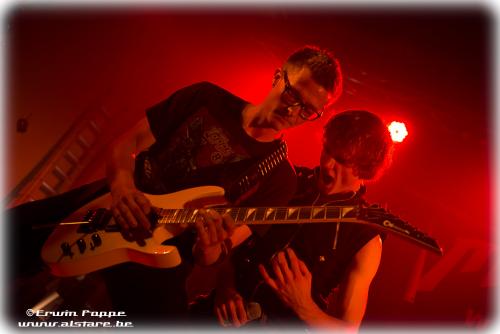 I wish you all the best and thank you for the interview. Good luck with Bonavox!

Watch out for Methusalem gigs and releases in the months to come!