Please tell us how it is to be a metalhead in Kollum, a small town in Friesland?

If you like metal music Friesland isn’t a bad place to live. The capital of Friesland, Leeuwarden, has nice music venues that program a lot of metal. Besides the venues there are great festivals like Dokk’em Open Air and Into the Grave. It could be worse

Some time ago Pander released the second album: Fierce Self. Please tell us something about the recording process in the studio and tell us where the album is all about?

It was a long process. The illness and death of Andre Bouma off course slowed the process down but beside that we also took are time. We didn’t want to rush things.
We first recorded the drums at the Sing Sing Studio in Metslawier and all other instruments and vocals were recorded at Pee’z Pharm of Phunk, the home studio of our drummer. 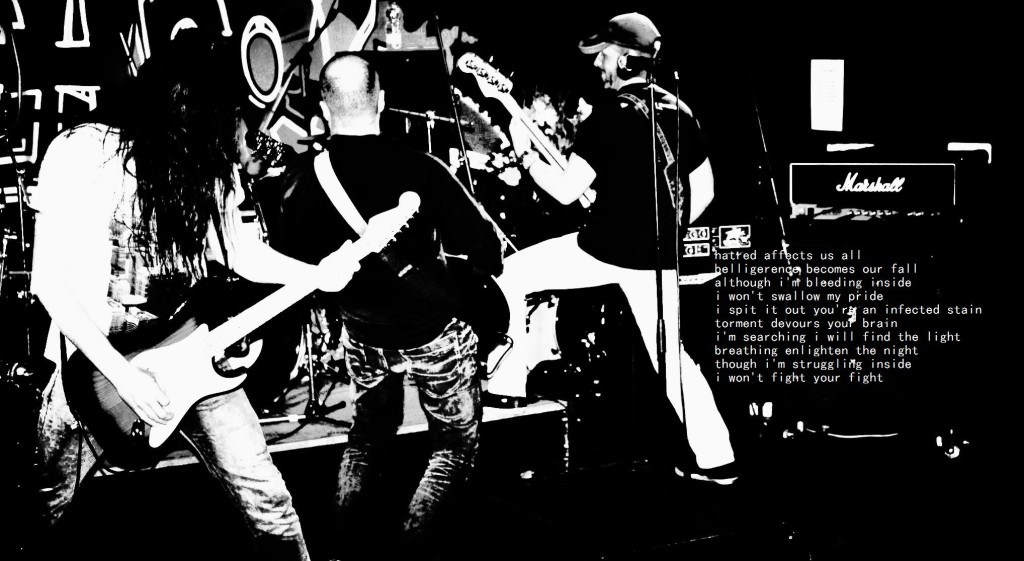 I read that you went to the Sing,Sing Studio. It was somewhere in the 90’s that I went with a band called Tefilla, from Stadskanaal for their recordings to the studio in Metslawier and there I met mister rock and Roll…Milan..Please tell us something about this place..?

I think it’s still the same like then, haha. Mr Milan still speaks English and I don’t think he renewed the studio in a long time J. The studio has a nice old-school vibe to it.

How was it to work with a new member Andre Bokma, as the second guitarist. After Andre Bouma passed away, fighting a battle against Cancer?

André Bokma already played in the band so it wasn’t weird or anything. The plan was that André Bokma would play a lot of my guitar parts so I could focus on singing. With the illness of Andre Bouma things changed again. I started to play my old guitar parts and André Bokma played the parts of Andre Bouma. It took some practise but we’re starting to get in the right place and state of mind with the band.

It’s about 8 months ago that Andre Bouma passed away, how do you look back at this huge loss now.. after all these months..?

It still hurts. Not only we lost an important member of the band we also lost a great friend.

But foremost I remember the good times we had. Andre and I started this band and we had a lot of fun playing the music we like. Although André isn’t here anymore  he will forever be among us. 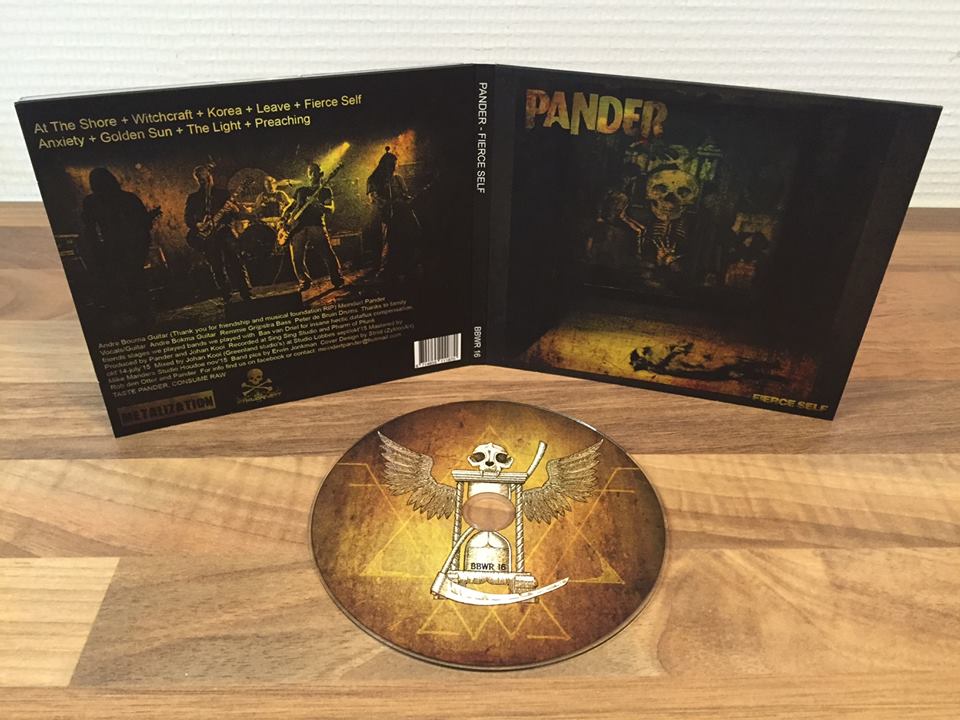 How the album: Fierce Self was received by press and fans?

It was received well. We’ve got nice reviews. Our fans also like the album and I think we even have made a couple of new fans, so that’s great.

How did you get in contact with Tamme and Metalization..?

Tamme heard our demo and liked it. After I visited his shop a few times Metalization wanted to help us promoting the new album. They have done great work and I’m glad that they wanted to help us. A big thanks to the Godfather of Frisian Metal J and the others of Metalization.

Where our readers can find all the info about Pander?

Do you have a last word, or something that’s on your heart you want to share with the readers of Bonavox.nl?

Life live to the fullest…….. And come check us out….