Dear Lanvall, how are you doing at the moment?

I´m doing fine thanks. We are preparing for the 70.000 Tons Of Metal Cruise next week, a lot of things to check, rehearse and of course there are lot of interview at the moment. 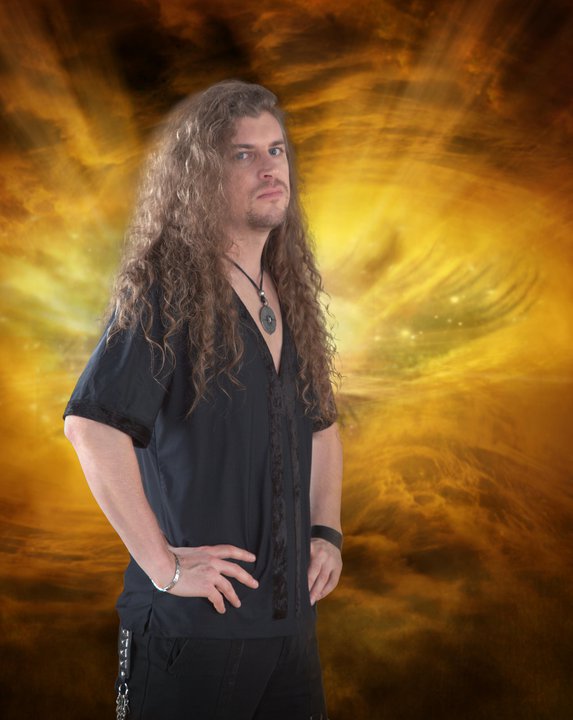 You are living in Austria, how is the weather in your area at the moment?

We have beautiful winter here with a lot of snow. As I am a skiing freak it´s wonderland at the moment. Unfortunately I don´t have a lot of time for that right now. At least I was able to squeeze in a day yesterday, which is the only one for January.

You started in the 90’s to play solo some kind of symphonic prog/new age music, like Rick Wakeman, Gandalf and Vangelis etc. Please tell us how it started and why you choose to make this kind of music?

Well, that was a natural process. In 93 and 94 I did 2 demo tapes which I produced in my small student living room. The 2nd tape got an overwhelming review in Metal Hammer Germany and that was the start of everything. Shortly after I signed a deal with WMMS/Music is Intelligence and released 3 albums from 94-97. Musically it could be described as a little mike Oldfield influenced kind of music with church choir and my guitar playing as the centre point. From the beginning on I wanted to tell stories through my playing, so the guitar was always used as a kind of singing voice. Gandalf was a big influence of course and I am glad to call him one of my best friends. I played on 2 tours in his band in 95 and 96 which was a great experience 20 years ago. Apart from our personal friendship we continued working together. He recorded our first album “Sunrise in eden” and mixed the acoustic project VOICIANO, which I share with Sabine. 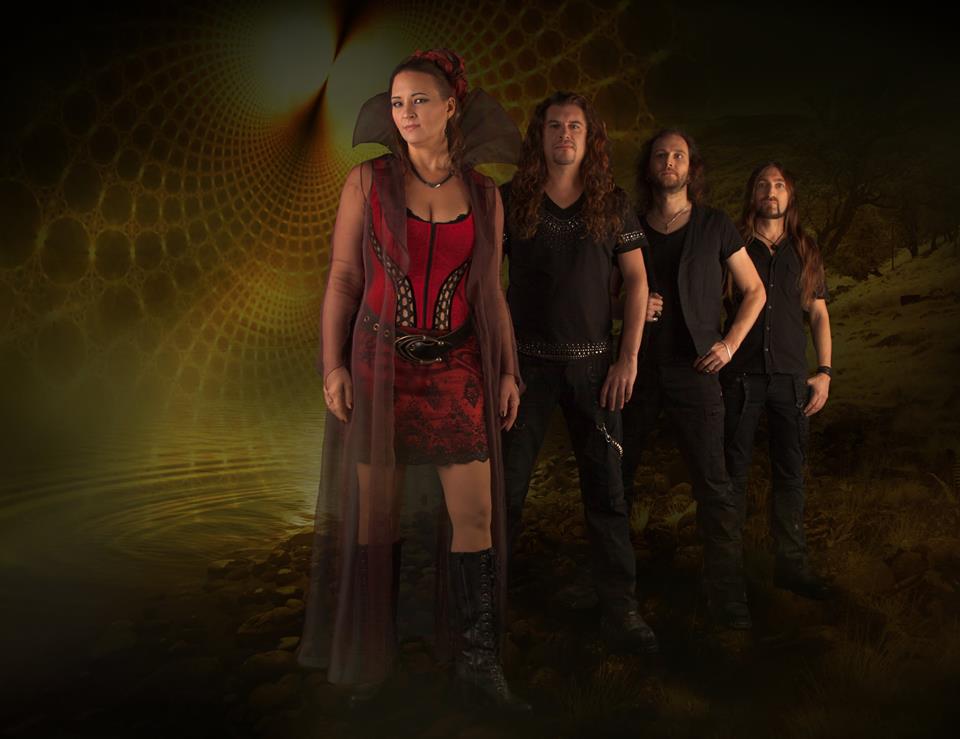 Somewhere in 1997-1998 you came to be a part of Edenbridge.. how you came across the other bandmembers..?

It started actually in 1994, when I joined a band called FORBIDDEN CIRCUS in Vienna, which renamed into CASCADE a little later. Kurt Bednarsky, our former bass player already was in that band. Sabine joined this project in 1996 and in 1998 there was the starting point of Edenbridge, when we decided to make heads with nails, and to do everything professionally. At that time we also found our first drummer Roland Navratil, who joined soon afterwards.

In Edenbridge your part is being the guitarist and keyboard player. Tell us how things are going with the band and can you tell us something about the co-operation between all the bandmembers..?

It´s not just the guitar and keyboard part. I do the management, the composing, most of the lyrics and also the booking, so it´s a 24/7. As we have a new drummer with Johannes Jungreithmeier, there is a great new energy in the band and things are moving forward a lot. Johannes recorded his drums in unbelievable 9 hours, as he was so well prepared which was also a fact that we talked about all little details concerning the drums before we went into the studio.

On the new album I cooperated with Sabine for 5 of the 9 lyrics, which was  a great process we started on the VOICIANO project and brought in a lot of different and new aspects.

And Dominik played some great solos on the album!

Our rehearsals for the tour had just started and it´s a lot. 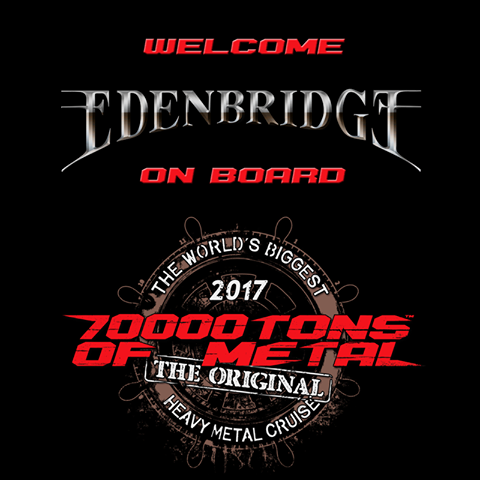 Are you still involved in other bands or projects?

Yes I am. I have been composing for a big TV series documentary called “Above Austria” since 2015, where Austria is shown from the helicopter perspective. The first 4 parts were broadcasted last year and 4 new will follow this year. All in all, the project is planned till 2020, so there is a lot more to come. Maybe I will release the music someday, as I have written nearly 2 hours by now.

What are some of your own favorite artists or bands…?

Still the same after so many years. Dream Theater, Threshold, Marillion, Vangelis. At the moment I am totally into Moon Safari from Sweden. Awesome artrock with phenomenal harmony vocals.

Next month, February, 17th there will be the release of the new album: The Great Momentum. Please tell us about the writing process of the album and where is the album all about, lyrically I mean..?

It took me one year of writing and arranging. In June we recorded the drums and after that I spent the whole summer of recording in my own studio. That all was a very relaxing process this time and made a lot of fun. After a 3 weeks holidays break, I went to England to Karl Groom (Threshold) for the mix, which was a great process again. It is the 5th album we have been done together now and the collaboration is always awesome. Finally Mika Jussila put the final touches on the album on mastering in Finnvox.

“The Great Momentum” is a very powerful title, therefore it needed an equivalent artwork. “The Great Momentum” is the “timeless, absolute NOW”. People often tend to live in the future or in the past and forget about this very moment, where life is happening. The stone lady in her meditation pose and the energy flowing through her body, reflects this very well.

The album title is moving like a red line through all the lyrics. The longtrack “The Greatest Gift Of All” for me is music and therefore it is a tribute to music lyrically. From the smoothest, mellowest parts to the orchestral blast beat inferno, you find nearly everything in those 12 minutes.

I think it is important to develop as a composer and musician as well as you have to as a human being. Making one step further with every new album. Exploring new territories, trying new things, I think this is what music should be about. We are speaking about that in the song “A Turnaround in Art”. So many bands just don´t take the time anymore to work hard on their albums. It´s just about the stage and the merchandise, cause this is the only thing they ear money nowadays. Albums are just a necessary evil to be back on stage as soon as possible. This is totally different in our case. When an album is finished is not dependent of already booked tours or anything else. We are doing this for the sake of music!

“Until the end of time” deals with the same topic, the love for music. When you compose and perform, you are in this very moment, this timeless now. “The die is not cast” is about the possibility to decide yourself day by day. No day is predestined. “Shiantara” and “The Visitor” are influenced by 2 Star trek DS9 episodes. “Shiantara” talks about a special ritual, while “The Visitor” is about a father-son relationship. 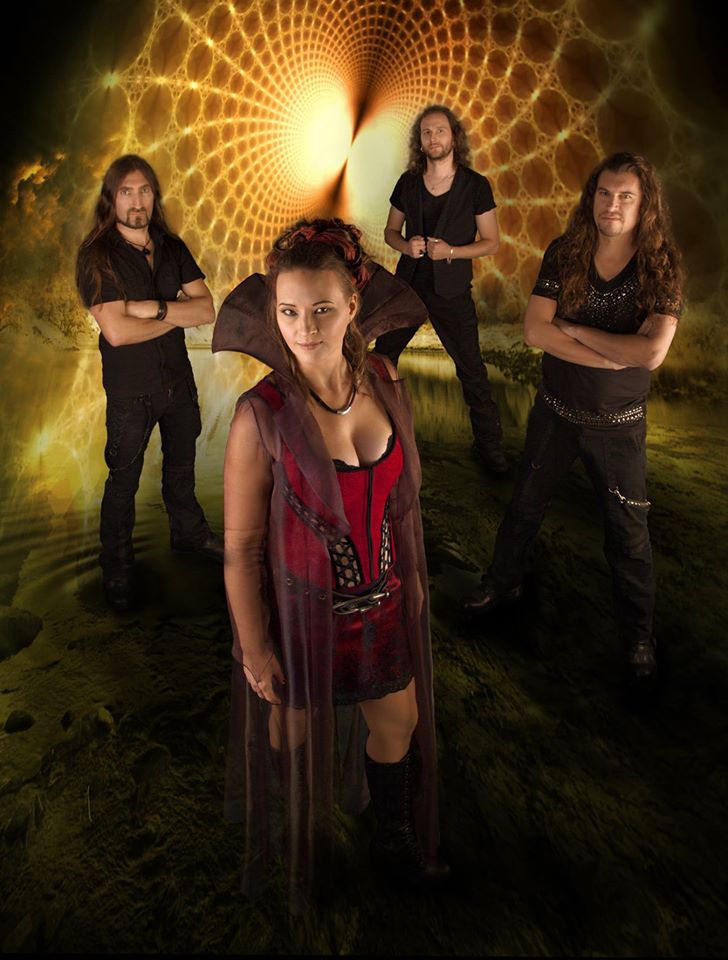 This time again you worked with mister Karl Groom (Threshold bandmember) he is together with Pendragon, I think the owner of the Thin Ice Studio in Surrey, England. He is after so many years nearly another Edenbridge bandmember somehow..? How did you meet him years ago and why you choose him to mix the new album again..?

I have been knowing Karl since 1994 when we met on the first Threshold tour in Germany. We stayed in contact and met again when Sabine recorded some vocals for Power Quest in his studio in England. From 2005 on we have been mixing every Edenbridge record together. Karl is not only one of the nicest guys and a very good friend but also one of the best sound engineers in my opinion. We have the same understanding of music, a quite similar guitar style and it´s always amazing who things come together every time. This time we used a different guitar tone and amp which supports our 7strings a lot better. The result was that there was more room and frequencies left for vocals, orchestra and choirs, which not only made the album a lot heavier, but also more dynamic and bombastic!

For the mastering another great technician you found in Mika Jussila (Vinnvox Studio, Finland) please tell us about the time you spend with him and why you choose him for this job…?

Pretty much the same story. Mika is doing something with the final mix I cannot describe but definitely shifts it to another dimension. Especially when you have comparisons from other studios, it is such a big difference! 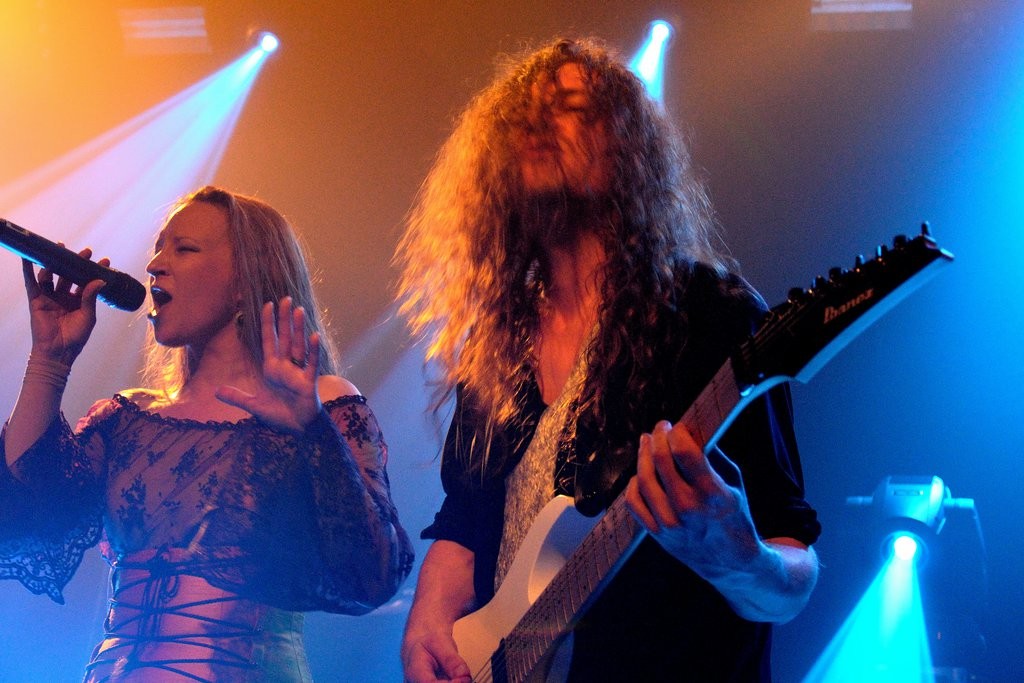 For this album you also worked together with the Junge Philharmonie Freistadt Orchestra. please tell us how this worked out together…?

Great. We have been working with different orchestras in the past to look for different sounding options. In 2007 we recorded the Czech Film Orchestra in Prague all together. This method is the most natural one but leaves you little options during the mix of the album. For “The Bonding” we recorded the “Klangvereinigung Vienna” in sections (strings, woodwinds, brass and percussion) which culminated in a much better separation in the mix. We already recorded with the “Junge Philharmonie” on our VOICIANO acoustic project which worked beautifully.

Are you going to tour, after the album will be released?

We were just confirmed for the 70.000 Tons of Metal Cruise in February, which is awesome, as this is our first appearance in America. Then we have 2 home shows after that and then there are plans to go to Vietnam for a tour which is still not confirmed yet. Of course we are working on more shows after that.

Do you have a last word to the readers of Bonavox.nl  ?