When thinking of black metal one often tends to think about obscure bands, with a hatefull gaze in their eyes and lyrics about darkness and the occult. But one of the bands that proves you wrong at oppinions like this is the band Crimson Moonlight. Hailing from Sweden they’ve been showing that it is quite possible to play such dark music with an uplifting message.

You started as a band in 1997 with the mere intention of making one demo and then call it quits again, but that was over 15 years ago and did the band grow out to what it is this day. A well-known band that earned its place within the black metalscene. Did you ever thought it would come to this?

No, not really. But things started to happen quite quickly, especially after the release of the EP Eternal Emperor, which was recorded back in 1998. I would think that the sound we came up with then was right on time for the fans. It was in the early era of symphonic black metal, bands like Dimmu Borgir were releasing melodic and keyboard driven black metal and there was a few others too, but in the Christian scene this was pretty new and the EP got way more attention than we expected. 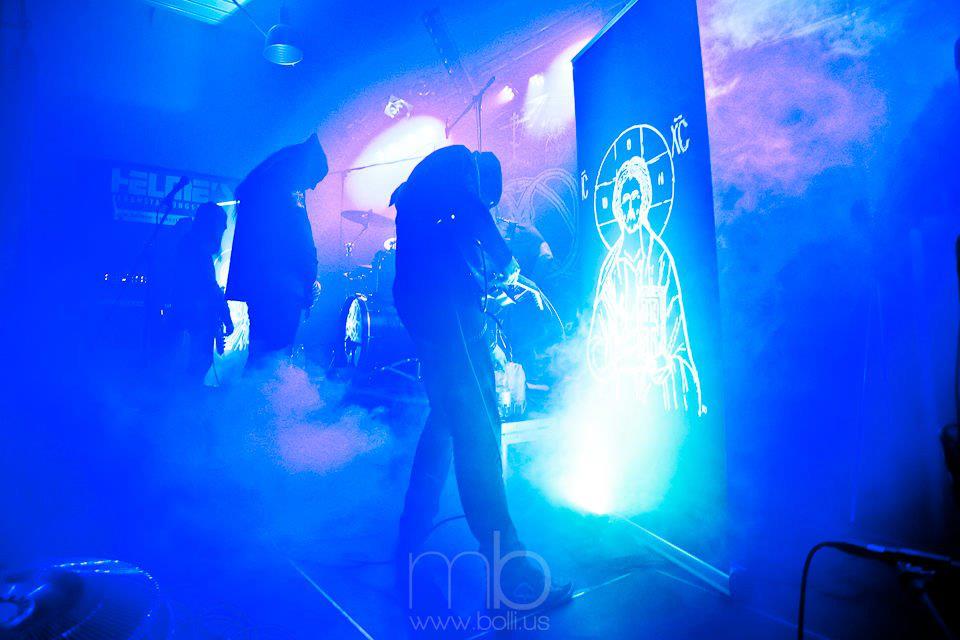 When you started as a band you played the more down tuned, primitive sort of black metal that’s often referred to as ‘true’ black metal. But listening to de several CD and EP that were released I hear a more mature sound, more melody and even some death metal influences. How do you see this evolvement? Has this been deliberate, or just happened?

Well I guess you are right. We have been playing almost every sub genre of Black metal. To get a broader picture of our musical development I could list our genres during the years:

Due to different musical influences, personal development as well as member changes, the musical variation is in my eyes a quite natural thing for a band that has been around for 15 years.

You already played several big podia and festivals, with some of the great names within the scene. Are there still festivals or so that you would like to be able to play sometime?

There is hopefully pretty many good festivals to come. It would be awesome to be able to perform at Wacken Open Air, Hellfest or Inferno. And there is a lot of others too.

What was the reason the band got started?

Four young guys (two of them was me and Gurra – drums) meet each other at a summer camp in the woods of Smaland, Sweden back in 1997. We were all into brutal death metal and other kinds of extreme music and we also shared the faith in the Lord. After some discussions we decided to form a black metal project, since we all were active in different death metal bands. So we did and it turned out well. We all enjoyed the music and the guitarist were writing 10 songs in two months, which we recorded in July 1997. This recording was released as the demo “The Glorification of the Master of Light.” 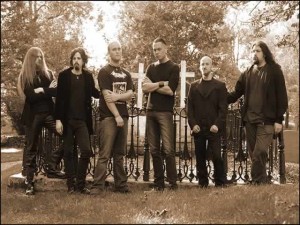 Which are the bands were your examples? Which did you look up to or wanted to be and sound like?

We try our best to not copy the sound of any other bands and so create our own unique sound. But I guess bands like Marduk, Mayhem, Horde, Immortal, Dark Funeral, Satyricon, Nile, Malevolent Creation, Emperor, Death Spell Omega, Wolves in the Throne Room, Antestor, Rotten Sound and Opeth has influenced us to some extent.

Where and how do you come up with the lyrics? Are they inspired by the Bible or daily life experiences to name an example?

The Holy Scriptures is always a great inspiration for me as I compose the lyrical themes of Crimson Moonlight, but it´s also going hand in hand with personal struggles, thoughts and experiences of life. The new album has a deep theological framework in general and it is particularly rooted in the mystical theology of the Eastern Orthodox tradition. The main reason for this development is connected with my own spiritual journey into the Orthodox Church. I have also recently finished a Master degree of Theology, so that has also an important impact of the texts. The lyrics of the new album deals with themes as Trinitarism, Christology, hesykasm, deification and apophatic theology.

The explicit resistance against the christian extreme metal scene has fade a bit in Scandinavia the last ten years, at least if you see to the physical threats. There is however a lot of metal heads that are against christian themes in metal in general and in extreme metal especially. But I think that the number of metal heads that focus on the music and not judge (pre-judge) bands because of their lyrics also are increasing.

When I’m watching the documentaries that feature Crimson Moonlight it comes to mind that for you black metal is more than just a type of music that’s been played. Am I right and how does this manifest itself in everyday life?

Well, I would say it is both. Black metal is on the one side of the coin a definition of a musical genre. It is not thrash metal, not death metal; it is Black metal. On the other hand Black metal is a concept. For many of the satanists it is really a lifestyle, music with an antichristian and satanic message. For us it is primarily a way to describe the music we play. There are conservative black metal heads that hating us for putting the epithet black metal for our music… But one the other hand: What is it then? Musically I hear no doubts. Our music contains the elements of brutal black metal. Since when did music style and lyrical concept became one? However to avoid this long life debate we have a unique description for our style: Liturgical Black Metal of true Trinitarian Orthodoxy. That is to define our music with our message. I still want to add that also for us black metal and extreme metal in general is more than just music. The mystical elements, the dark bombastic atmosphere, the ultra fast drumming and shrill intense screams… It is for real. It is always music with a strong (often religious) message. Some people would say black metal can be anything but Christian. I would say; it can be anything but neutral and laodicean (lukewarm). Black metal is about the inner struggle, the metaphysical reality and the dark night of the soul. For us Crimson Moonlight is hence more than the music. Our live performance has the settings of a liturgical drama. 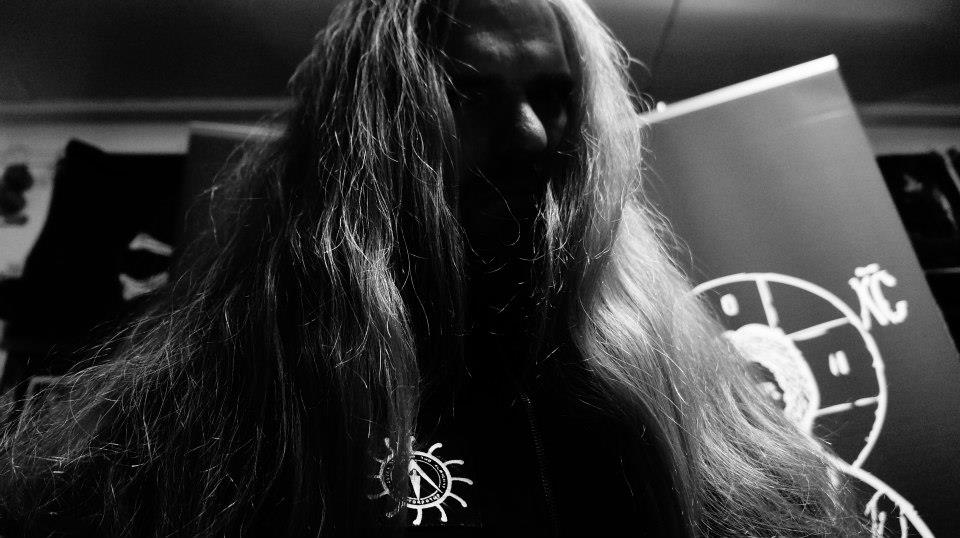 I have seen swords and an executioners hood, but not a lot of corpse paint during concerts and on photo’s of the band. You don’t feel the need to use it, or is this an already past station and has the band moved on.

We use to wear corpse paint back in 2003. Check out the cover art of Songs from the Archives…J But we don´t use nowdays. It´s a bit out-of-date in our view.

On the Facebook site you posted the announcement of the new album. How well is the production of it going?

Very well so far! The album is recorded and mixed.

Is there a release date set yet?

Not exactly, but hopefully before the summer.

Will there be a tour in support of the new album, and will it take you near the Netherlands?

Yes there will probably be a few tours. The Netherlands, is a good possibility. We have good memories from there, even if the beer is better in Belgium, haha.

Is there yet something concrete to tell about it? A first few song titles or the title of the new album? Maybe a little first for the Bonavox site to announce?

There will be brutal music! You are the first magazine where we announce the name of our genre: Liturgical Black Metal of true Trinitarian Orthodoxy……….