After being stunned at the quality of of your latest album “Evilution” I was then surprised that I’d never heard of Terraphobia previously. Yet you’ve got an two EP’s and two full-length that were released prior to it. And that’s a good starting point. Talk about the origins of the band. I understand there is a connection there too, a band whose CDs I listend to in the past, as well we interviewed begin this year.

Terraphobia has a long history, being in the Melbourne heavy metal scene, Steve Rowe and I knew of each other and on one occasion both Terraphobia and Mortification played on the same bill. In 2002 I auditioned and joined Mortification. 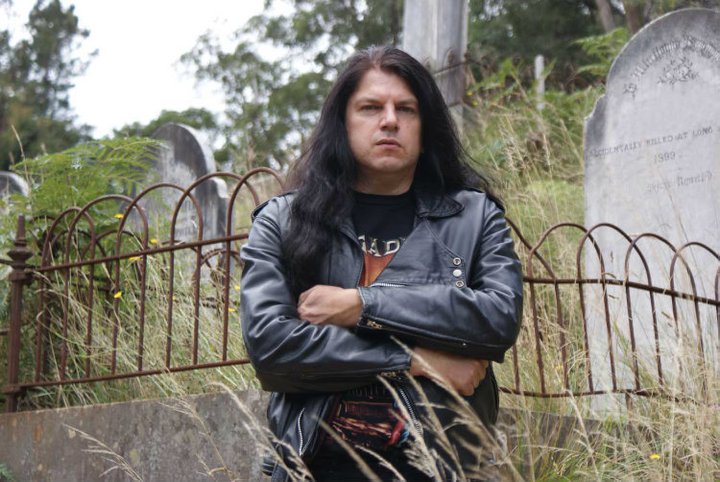 After joining Mortification in 2002 and recording 3 albums with them, Terraphobia has lain dormant, why? Are you still member of Mortification? If so,why did you not ask Steve Rowe to join you on the album?

When we couldn’t find a drummer for Mort, Steve suggested it would be a good time for both of us to do our own solo projects, Steve did Wonrowe Vision and he suggested that I do a Terraphobia album. I’m no longer in Mortification.

What about the choice of band name, Terraphobia?

I wanted something that was heavy metal, but was different, Terraphobia just sounded cool.

So tell me a little about Terraphobia and how the band got started.

Terraphobia began in 1985 under the name of Lethal Dose, after several demos and line up changes the name was changed in 1993. In the same year terraphobia released Product of your mind. In 1994 the singer and bass player tried to change Terraphobia into a grunge band which I was totally against so they left to form their own band. I couldn’t find a singer so that’s when I decided to do the vocals. 2001’s Enemy Within was the bands first full length release and in 2002 I put Terraphobia on hold to join Mortification. When Evilution was released in 2011 it was the first Terraphobia release in nearly 10 years.

What was the initial impulse for you to start the band? Did you just just feel that playing in a band would be nice or did you feel an urge to spread the Word and starting a band seemed as a good option? And, do you play so that the Christians have a good alternative to listen to or is your goal to „shed some Light into darkness“?

I started jamming in bands when I was 16 (a long time ago) I really enjoyed music and just wanted to get out and play, at that time I didn’t know anything about genre, Christian or secular scenes. In the early Terraphobia years there were non Christians who would mock me for going to church, so hopefully I can help these people realise and see what can happen when you have God in your life.

Are you a “christian band” our are the christians in the band?

Some of the older songs had lyrics with christian themes, Eviloution is the 1st Terraphobia album that I would classify Christian, after being in Mortification for so many years people look to you as a Christian artist, I feel it is my calling to continue to serve God in any way I can be it playing heavy metal music or singing and playing hymns, praise and worship music with my family at church.

I find it hard will all the labelling, when my family and I play at church, people don’t call us a Christian band but we are a family of Christians who play music at church to serve the Lord. 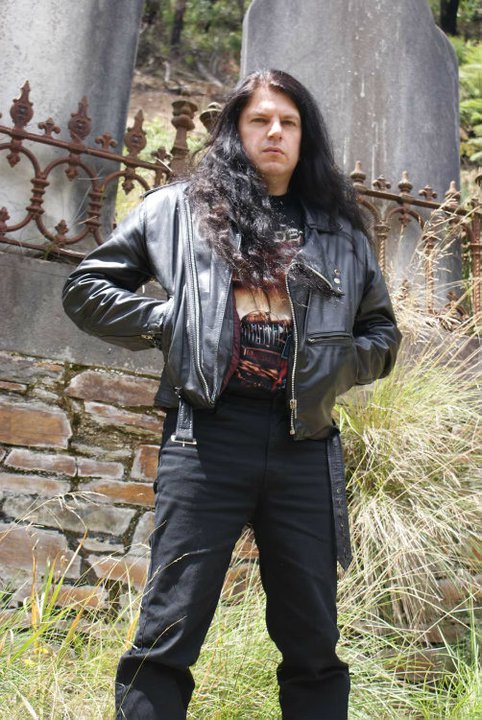 There have been so many, the first band that influenced me at a young age to start playing music were the Beatles, I find Steve Vai inspirational as he’s not only a great guitar player he is also a great producer.

Heavy metal music can sound scary for those who do not understand it just like Elvis and early rock n roll did in the 1950’s. mCombining a powerful message with powerful music is a great way to help get the message across.

In november you released “Evilution” on Soundmass. Can you tell something about the proces of making the album and how did you get in contact with Soundmass for releasing the album? Did you never thought to contact a major company for the release as Nuclear Blast?

I did all the recording in my home studio, Adam from Soundmass heard that I was recording a new cd and asked me to send him a copy when I was finished, so I did and the rest is history.

To my ears the band’s sound is rooted in old melodic death metal, yet it is infused with significant thrash and traditional metal influences. Would you agree?

Yes, as these are my favorite genres of metal.

Could you please also tell us something about the lyrics of the last album? Are they anyhow connected, is there some kind of concept behind them? Do they differ in any way from the lyrics on the previous albums?

I like to write about things I feel strongly about, Doctor Death is an anti abortion, anti euthanasia song, it’s about the laws that we have here in Australia in the state of Victoria, forcing doctors to participate in abortions even if it’s against their beliefs. The last 4 words of the song say it all “Thou shalt not kill”.

They now have the same law in Sweden, my friend CJ Grimmark, (guitarist from Narnia) his wife Ellinor has just recently been stood down from her job because she refused to assist in abortions. Evilution is about people that walk away from God, if they don’t accept Christ back in their lives they will suffer for eternity when judgement day arrives. False Prophet is about people that worship false idols, in this case “Money” the counterfeit god, when they should be worshiping the one true God.

How do you see the future of Terraphobia? Are you planning to support the album by a few live gigs or even a tour?

No plans at the moment but I will try to keep writing and releasing new material and not wait 10 years for the next album.

Are there also plans to record a new album in the near future or do we have to wait agian more than 10 years? If so, What can we expect on the new album?

I have just finished recording a new album titled Terrafication-the Mort years, it is a Mortification covers album of all the songs that I wrote the music for while I was in the band. I also had the original Mortification drummers involved on the album, Mike Forsberg for the songs from Brain Cleaner and Damien Percy for the songs from Erasing the goblin. The album should be released late February. 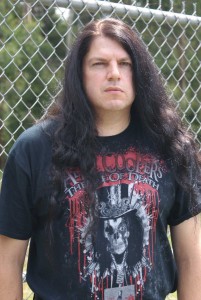 Yes many! In 2002 I had just lost my band members and the next day Steve Rowe calls me for an audition, classic case of one door closes and then another one opens.

I have no live band at the moment, I will look into putting a line up together but it will depend on interest and if there are offers of tours.

I would just like to say thank you to you, and to all the people and fans that have given me tremendous support over the years. You rock.