Dave Mustaine still doesn’t mince his words. The founder of Megadeth – one of the world’s most enduring heavy metal bands – has never shied away from public pronouncements on his past drug and alcohol abuse, altercations with band mates and his unceremonious ousting from his first band, Metallica. 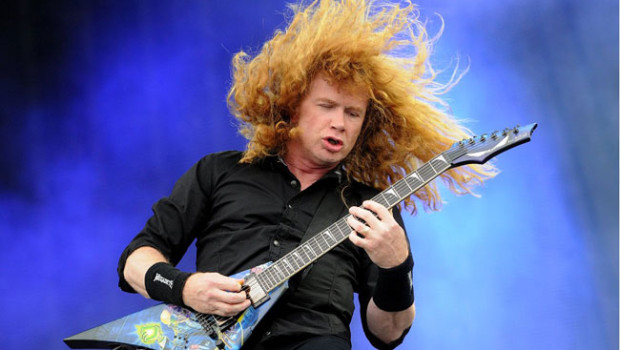 Long sober and despite his trademark shoulder-length mane, centered by middle-aged maturity, Mustaine still likes to go against the grain. Maybe that’s why at the same time that fellow international performers like Neil Young, the Backstreet Boys and Paul Anka have bowed out of performances in Israel due to Operation Protective Edge, Megadeth is dead set on coming here.

“Anyone who doesn’t come to Israel now is a coward,” Mustaine told Mako TV just after the outbreak of the current battle between Israel and Hamas. And in an interview a few days earlier with The Jerusalem Post, he expressed his support and affection for the country, where Megadeth has performed three times prior to their scheduled show on August 6 at the Tel Aviv Exhibition Grounds.

“I don’t believe what’s on the news. I know Israel is an amazing country and the people there are beautiful. I know what the country is really like,” he said. “I don’t get caught up in the politics because it’s a very complex situation. If you don’t follow the history closely of both sides, their inspiration for their actions and how they developed their beliefs, then it’s really hard to figure out. I just come over there, shake my hair, play my music and try to make people happy and love them as much as I can. And maybe they’ll see something in me that they like that will help them become better people.”

Mustaine has been rededicating himself to be a better person after years of mayhem and personal chaos that have seen Megadeth go through countless personnel changes. 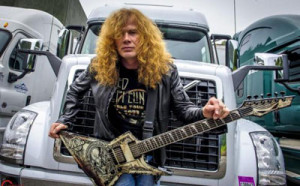 “During the 1980s and ‘90s if you weren’t on drugs, then you weren’t part of what was going on in the eye of the hurricane,” said Mustaine. “That’s why there’s a lot of things I would do differently if I could do it again. I wouldn’t have taken the amount of drugs I did, I would have avoided the arrests and altercations. All the things I did wrong, I wouldn’t do. Anybody who says they wouldn’t do things differently is full of shit.”

That straightforwardness, as well as Megadeth’s still ferocious sonic attack, has cemented the band’s appeal and created lifelong fans who prefer their music unadulterated by pop trends.

“I think a lot of our appeal has to do with what the fans perceive as personal and musical integrity.

Metal music is more about real lives than about doing what’s popular,” said Mustaine. “I’ve had a lot of bumps and bruises in my life but have been very open about them. And I hope that what I’ve learned from my mistakes and the solutions I’ve found can be helpful for other people.”

A devout Christian, Mustaine discovered a family secret his mother revealed to him on her deathbed a few years ago – he is Jewish! Emily David was born in Essen, Germany, in 1922 and arrived in the US with her parents when she was eight years old.

“When they came to America, they decided to hide the fact that they were Jews, and I was brought up as a Jehovah’s Witness,” Mustaine explained. “I guess you could call me a messianic Jew because I believe in Christ. It’s not something I talk about unless somebody brings it up. I don’t really understand why my mother hid it from me until the end of her life. I think it’s very cool.”

Despite the obvious religious ties to the Holy Land on two fronts, Mustaine said that he doesn’t see his trips to Israel in an ecumenical light. 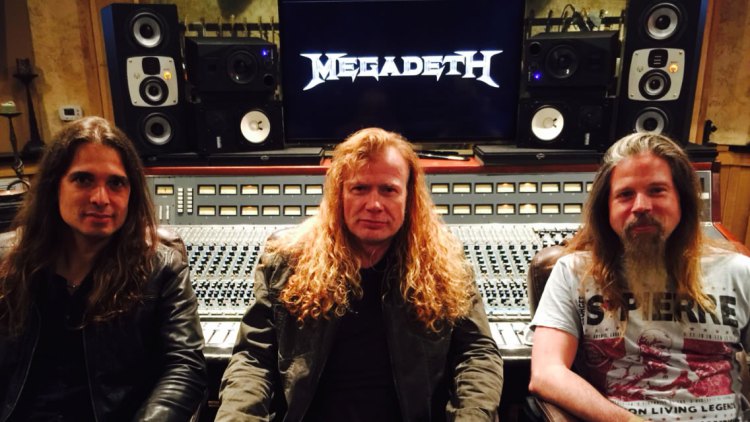 “I don’t come to Israel as a Christian or as a Jew – I come as a musician who wants to play for everyone who wants to listen,” he said. “I’ve been very open about my love of mankind and how I see my role in this world as bringing people happiness and not to cast aspersions to divide people. Of course, I did those things and have many regrets, but deep in my heart I try to do the right thing. And ultimately, I’m just a performer that was really fortunate to be able to do something he loves doing and fulfill that role of making people happy.”