Following the success of their eponymous second creation Battle Beast, which charted at #5 in their native Finland and cracked the German Top 100, BATTLE BEAST are now set to release their third studio album entitled Unholy Savior. It will be out on January 09 (EU), January 12 (UK) and January 13 (US) 2015 via Nuclear Blast.

“I thirst to go further as a human being and the music on this album represents a part of the ongoing spiritual journey – that’s what I tend to I call it – which is my road onward. Music-wise the songs have been expanded to a wider area as an effort to call out emotions close to those I myself had during the times of birth of these songs” 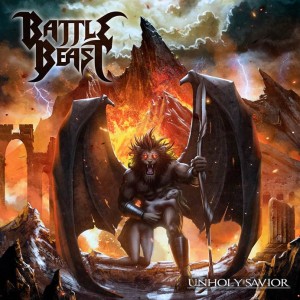 The Track listing for Unholy Savior will be as follows: