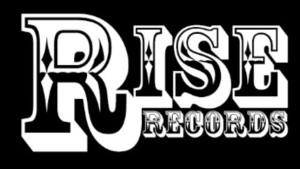 BMG has acquired U.S. metal and hard rock label Rise Records in a multi-million dollar deal. Founded by Craig Ericson in 1991, Rise is home to such artists as Of Mice & Men, Evergreen Terrace, Miss May I, Crown The Empire, The Acacia Strain and The Devil Wears Prada, among many others. Under the deal with BMG, Rise will continue to operate from its headquarters in Portland, Oregon under the leadership of Ericson.

BMG will handle back office functions and will offer Rise artists access to its international network. Rise currently generates around 95 percent of its revenue in the United States.

Laurent Hubert, president creative and marketing at BMG Chrysalis U.S., said: “Rise Records is more than a record label. It is a cultural phenomenon which has harnessed digital media to create a genuine community. We are delighted to partner with Craig and his team to give Rise’s artists access to BMG’s world-class admin services and international network.”

Craig Ericson, president of Rise Records, said: “I’m thrilled to work with BMG and I know Rise Records and its bands will benefit greatly from this new partnership.”

Sales of hard rock recordings in the US grew by 8% in the fourth quarter to 2014 at a time when the overall market declined by 3.5%.

The partnership builds on BMG’s existing catalog in the metal genre from the likes of Black Sabbath, Iron Maiden, Motörhead, Megadeth, Uriah Heep and Helloween and contemporary recordings from Within Temptation and Bring Me The Horizon.