The Foo Fighters have cancelled two gigs after frontman Dave Grohl sustained “at least one fracture” when he fell off the stage during a concert in Gothenburg, Sweden. They will no longer play the Pinkpop Festival in Landgraaf, Netherlands, on Sunday and a show at the AFG Arena in St Gallen, Switzerland, on Monday.

A statement said the full extent of his injuries were yet to be determined. They are yet to say whether two Wembley shows will go ahead on 19 and 20 June.

The band were two songs into their set at the Ullevi stadium when Grohl went to jump on a ramp but missed and fell into the security area.

“I think I just broke my leg,” the singer told the crowd as he lay on the ground.

He added: “You have my promise right now that the Foo Fighters – we’re going to come back and finish the show.” 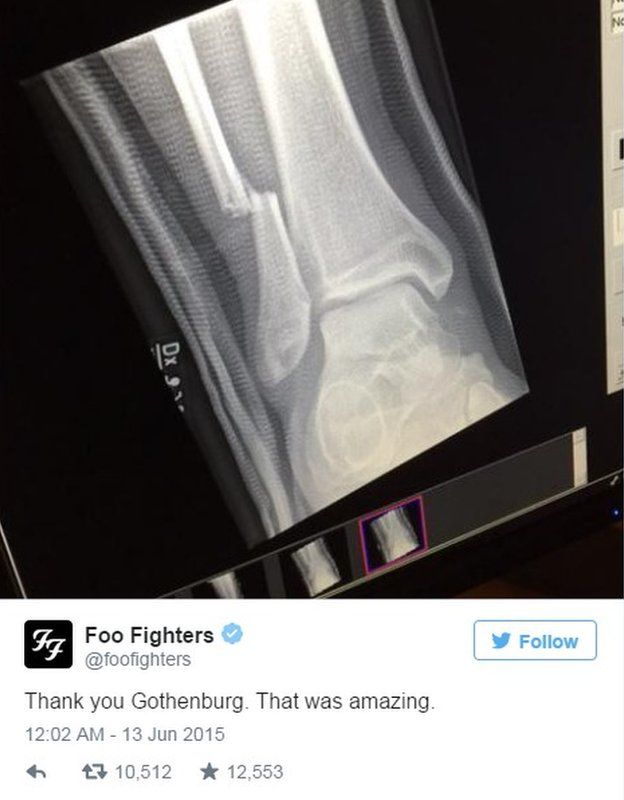