How are you guys doing at the moment?

We are doing great, thank you.
We nearly will get to a new year 2016. Any thoughts about last year and about the year to come?

2015 has been a beyond our wildest expectations. Our debut album has been received beyond any expectation.We did a lot of big support shows for bands like Anthrax (USA), Gojira (FR) and W.A.S.P. (USA). Furthermore, we signed with District 19 for exclusive management and bookings which resulted in a lot of shows plus a big European tour with Vektor (USA) and Angelus
Apatrida (ESP) in November/December. For 2016, we will focus on writing and recording our second album.

The band started in 2013, please tell us how the band got started?

Laurens and Frank knew each other from previous bands and became good friends. They shared the same passion for music, the same music taste and decided to form a new band. Both always wanted to play oldschool metal, but couldn’t find the right people. After proposing the idea to Angel Eater, an exbandmate of Frank, he agreed on joining the band
on drums. After some jamming, everything felt really good. Soon after that… Distillator was born! 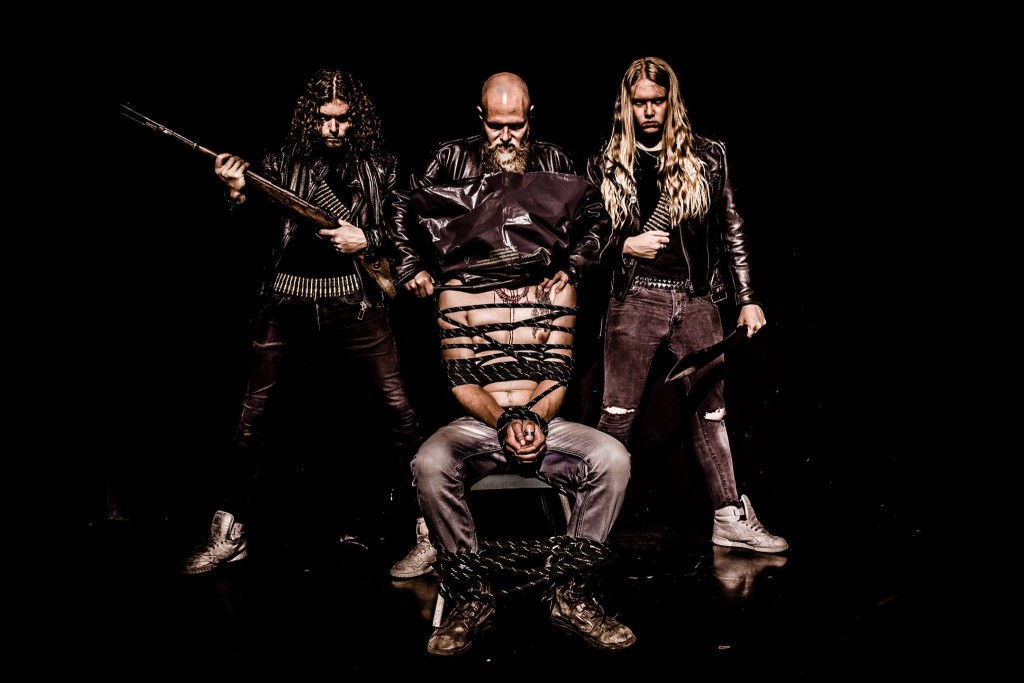 Why you choose to sound like the old thrash bands who made some great metal in the period of the eighties, like Kreator, Destruction, Testament, Slayer etc..?

You said it yourself: “They made great metal in the 80’s”! We love this kind of raw music and it needs to be carried on by the next generation.

Please tell us about your debut album: “Revolution Cells”, that saw the light of day in February 2015?

Our debut album contains 9 songs, 35 minutes of fast, agressive oldschool thrash metal, with a slightly modern production. But we kept the original feel to it. So no shitty drums but the real deal. You’ll get the best of both sides. It was recorded between December 2013 and July 2014 and mixed and mastered by Dennis Koehne (Sodom, Lacuna Coil, Caliban, Melechesh). We contacted some labels that might be interested in releasing it. After we got many offers, we picked the best deal: Empire Records (Evil Invaders, Insanity Alert). The Belgian label released the debut album in February 2015 on CD, LP and cassette tape. 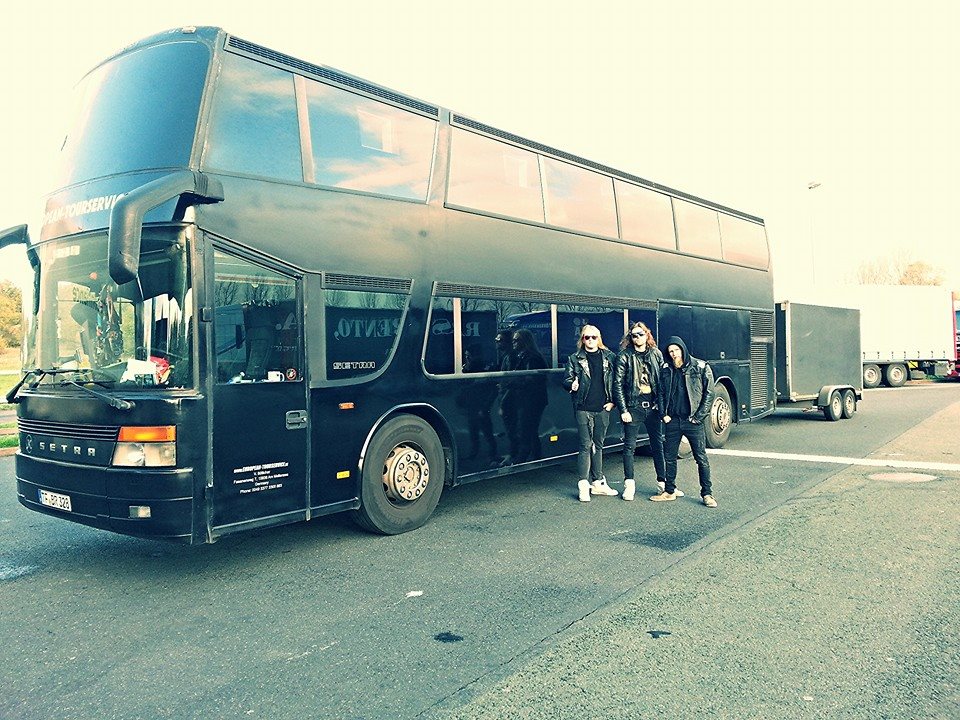 What is the story behind: Revolution Cells?

For the debut album, we’ve addressed various subjects concerning the 20th century. An important question belonging especially to that century is: When is violence legitimate? Can one use violence to protect oneself? Can one use violence to protect an entire country? A  minority? To fight for freedom? And does it make a difference? On top of that you get the question: What does it take to make someone become violent/brutal. Things that happened during the past century are sometimes so inhumane, you could never imagine a human would be capable of doing, but they apparently are.
This album is an exploration of those dark tales people usually don’t want to hear or talk about. It’s about the cruel things men can do out of fear, desperation and hopelessness. However, we intend to cover new territory. We don’t want to talk about Jews and concentration camps. This album is mostly about the horror and emotions of individuals and their stories.

How the album was received by press and fans?

The album was received beyond any expectation. We never thought it would get us in this rollercoaster that we are in now. Both the press and the fans were happily suprised. The reviews averaged between 8 and 10, writing very loving words:
LORDS OF METAL (100/100) “One the greatest full length thrash album that ever emerged from Dutch soil.”
METALFAN (84/100)
“With this debut album, Distillator joins the metal elite of the Low Countries.”
ROCKPIX
(85/100)
“The Netherlands has been known for exporting renowned metal acts like Gorefest, Asphyx, Pestilence and Legion of the Damned. With the release Revolutionary Cells, the Dutch trio Distillator proves a worthy addition to this list!”
METAL TEMPLE (90/100)
“What makes Revolutionary Cells stand out of the crowd is that all the songs bring something new to the table, something so many bands (old and new) fail to do.”
Besides the reviews, the album also got into some metal charts:
#4 / 24, Metalized’s top 24 metal albums 2015 metalized.
dk
#4 / 11, Metalwani’s top 11 thrash metal albums 2015 metalwani.
com
#8 / 10, Thrashing Assault top 10 of 2015 metaltemple.
com
#9 / 10, Metalholic top 10 thrash metal albums 2015 metalholic.
com
#50 / 100, Antichrist Metalzine top100
metal albums 2015 deadcenter666.com 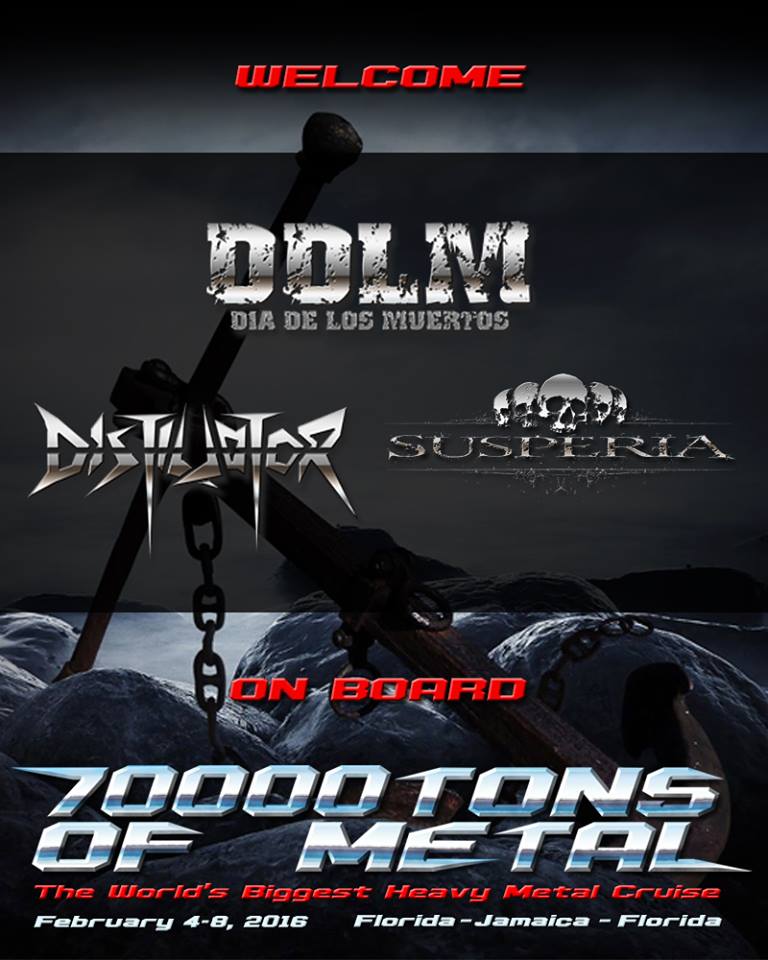 We are relieved that our years of hard work are beginning to pay off. All we want is to play as much as possible, in as many countries possible. Throughout the years, we did some trips throughout Europe. Here is a short list:

February 2013, Distillator was born
August 2013, we made our first trip to Finland to play 2 shows.
March 2014, we played the Extreme Metal Attack festival in Portugal.
November 2014, we toured Europe with Hitten (ESP) and played 8 shows in 4 countries
March 2015, we did a mini tour with Raven (UK) in Germany and The Netherlands
May 2015, we did a mini tour in Spain with Hitten (ESP) playing 3 shows
November/December 2015, we toured Europe with Vektor (USA) and
Angelus Apatrida (ESP) and played 19 shows in 11 countries.
We’ve had so many great experiences, that it would be inpossible to write down the best or the coolest one. We had a lot of fun and hope to keep doing that for the future to come.
Where can our readers find out everything about Distillator?
MUSIC / SHOWS / SHOP / BIO
http://www.distillator.eu/
SOCIAL MEDIA
https://www.facebook.com/DISTILLATORNL/ 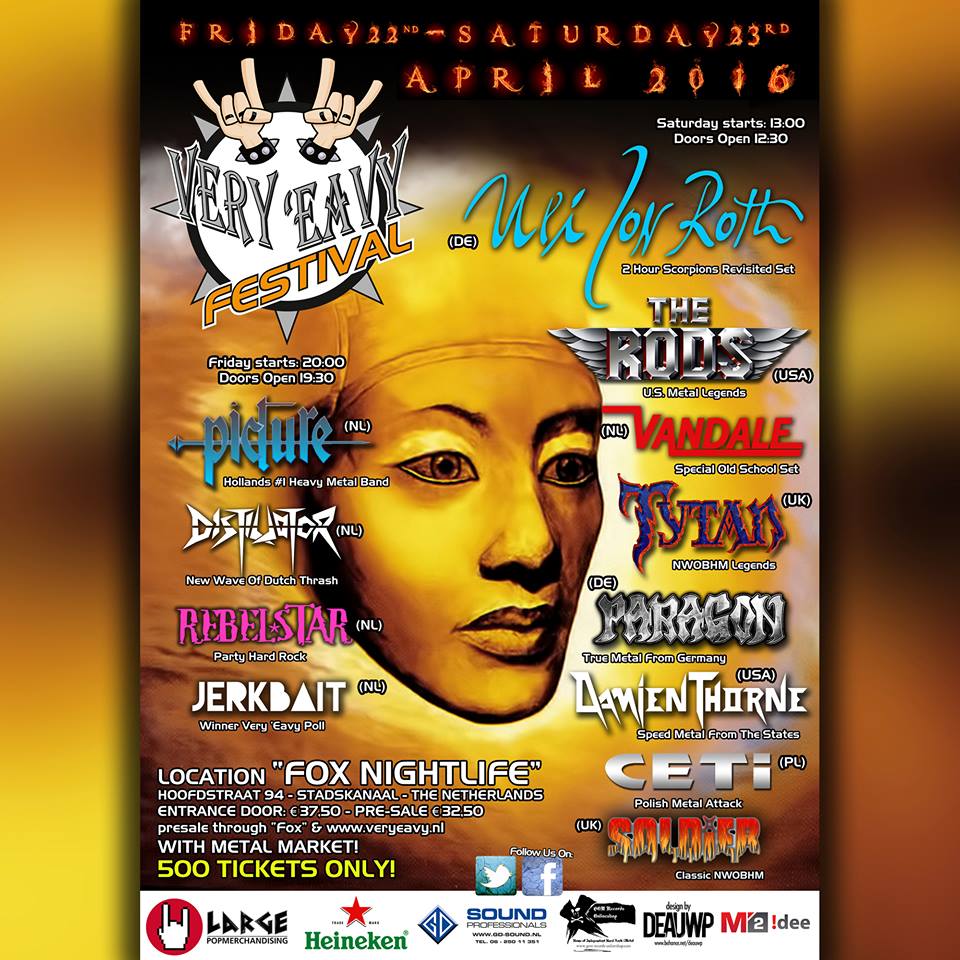 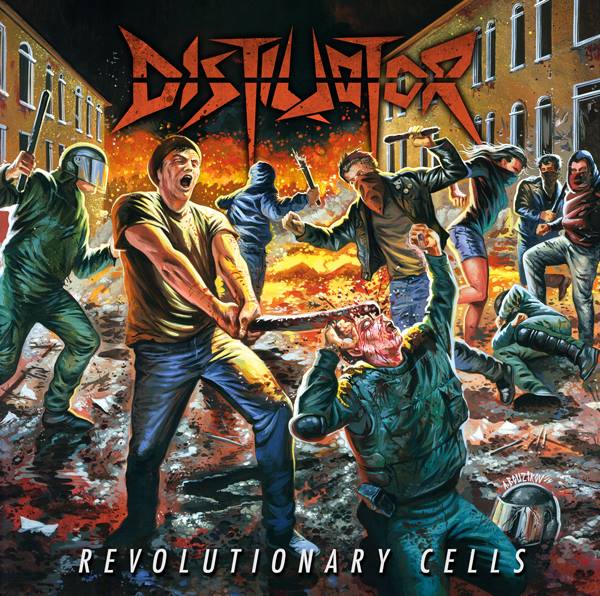 What about a new album…Any news?

Do you guys have a last word to the readers of Bonavox.nl?

Check out our debut album “Revolutionary Cells”! We hope to come to your city soon.
Cheers! 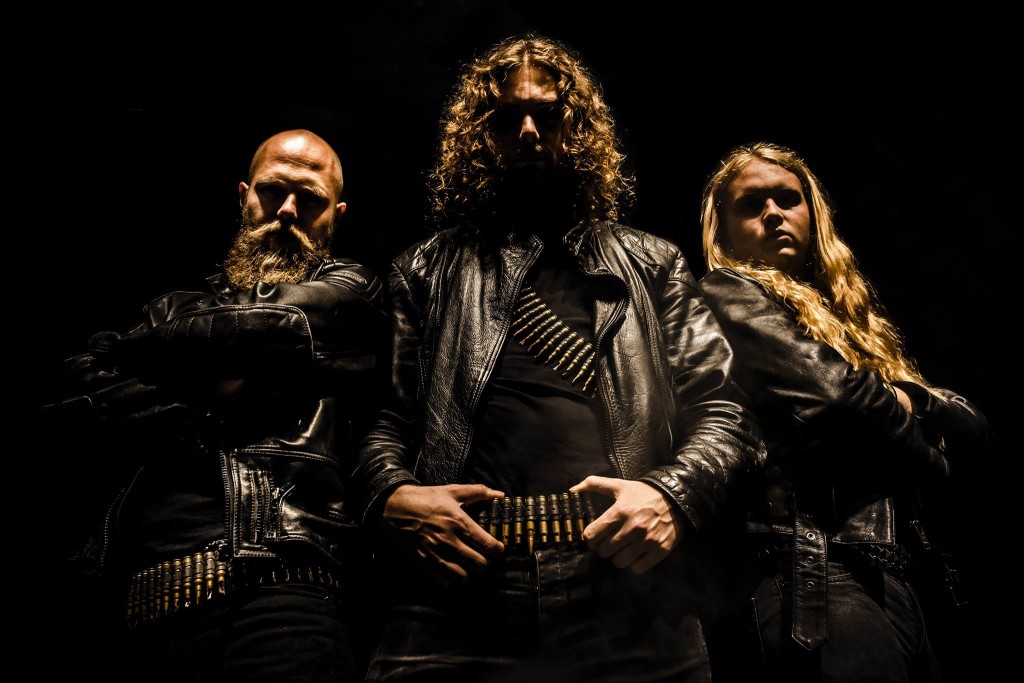