German leading and most succesfull Pink Floyd, Tribute band is called: ECHOES. They have played throughout Europe about 300 shows. Most of them of course in their own country Germany. I had a chance to get an interview with Oliver Hartmann, also known from his work with Avantasia and At Vance. 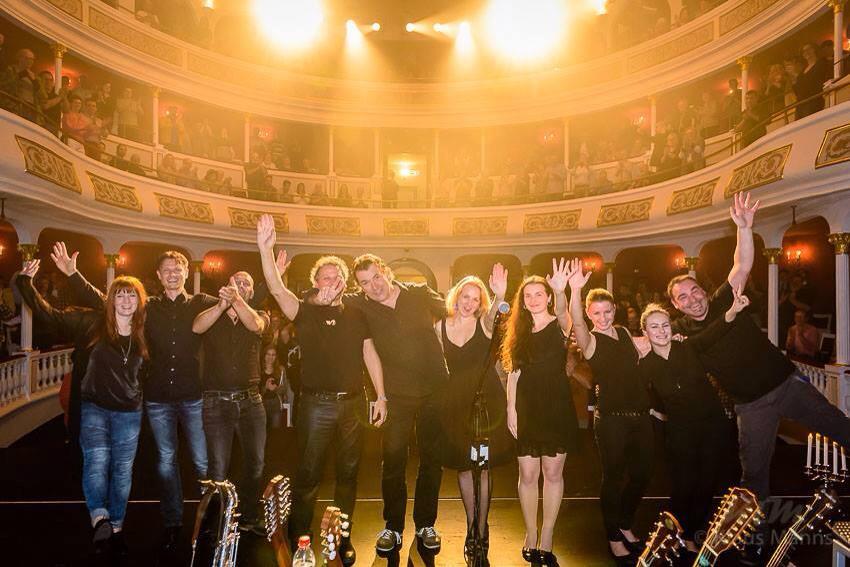 – Dear Oliver, how are you doing? I heard that you where on a vacation?

I’m fine, thanks for asking. Yes, I’ve been on a two- week vacation in Kuba to fill up the battery a bit after a long production period during the last months. And it was really necessary, haha 😉 So I’m feeling pretty relaxed at the moment.

– Please tell us how Echoes started

The band Echoes with it’s original

members was already formed in 1995 but just as a local Pink Floyd tribute that was playing gigs in the area of Frankfurt and Aschaffenburg. In 2002 me and bass player Martin Hofmann joined the band and Echoes started

to play more and more gigs all over Germany and parts of Europe, too. It got pretty successful during the past years and I’m thankful and happy to say that we still play in the same line up since then. We just had our 25th anniversary show a few weeks ago including all former members. Pretty funny show and the fans enjoyed

– You where involved in different bands like: Avantasia, At Vance etc, why the idea of a Pink Floyd Cover band and a succesful one…?

. As a rock singer/guitar player I also grew up with David Gilmour, his style of playing and the songs Pink Floyd. I always liked it. Of course it’s a fortune to be successful with that band but we didn’t have the idea to form it just for making money

. It’s simply for the love of great music

– Are you still playing beside being in Echoes in other bands or projects?

Yes, I’m doing many things. Maybe too many 😉 Besides being a session musician and singer for studio productions, radio

stations and many other things I still have my own band Hartmann. I just started

to work again on the production of the next album which is hopefully coming out next year in early autumn. And as being part of Avantasia we just finished the recordings for the upcoming

to it! Besides that I’m also still involved in Rock Meets Classic with the Mat Sinner Band. Unfortunately I can’t part of on next year’s tour due to the fact that it will start

in late March, too. You see: Too many things! 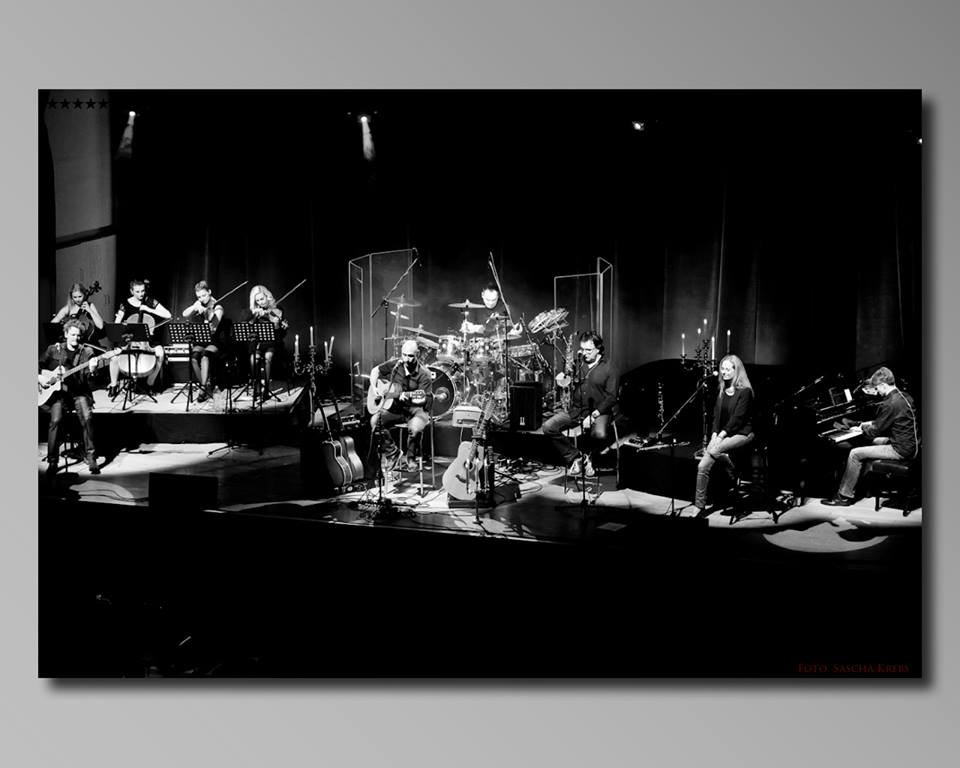 – In every country in Europe, there is probably a Pink Floyd cover band, what makes Echoes so special if you could or would compare them with your band?

Everybody has a different expectation and taste when he comes to a tribute band so you can’t say that something is “better” or “worse”. Nearly every successful Pink Floyd tribute in Europe is trying to play the big venues to present their concert with a huge light show. Because that’s what made Pink Floyd so popular again in the 90s. It was not only the music anymore but also their monster shows in Venice and other places. Although we also try to take care of that at our bigger in- and out door concerts we are playing smaller and medium sized clubs, too. And you simply can’t bring a huge light show to clubs like this 😉 Of course I’m also impressed by what the original

did and what Roger Waters still does when he’s touring with his “The Wall”-show but for me personally – and don’t get me wrong – I was always more a fan of the music itself than a fan of battles of material. We try to concentrate on the music, its value in general and its force of expression. Of course we also try to come very close to the original live or studio recordings but there’s still space here and there for each musicians personality. And that’s really important for me as a creative musician. If people expect to see an exact

of the original we’re maybe not the right choice. But if you want to enjoy the music and it’s vibe including our musical freedom to not play it note for note then you’ll have a wonderful evening! And that’s maybe what makes it special compared to most other bands.

– Echoes is playing a lot of concerts in Germany, did you played with Echoes  in another country then Germany?

Yes, we sometimes also play in countries near Germany as Austria, Switzerland and Belgium. Hopefully we’ll have the chance to do shows in France and other countries during the next two years, too. We also played a show in the Netherlands a few years ago. Unfortunately just one time so far but we’re still looking forward to come back again as soon as possible!

called: Barefoot to the Moon, An Acoustic Tribute to Pink Floyd, how this release is or was received by the press and fans?

Absolutely great and we’re really happy about that! When I first had the idea of doing this special acoustic show and to release it as a DVD of course I was hoping that the press and fans would like it. In the end all that what I answered earlier to this last question is the main reason why we decided to do “Barefoot to the moon” completely acoustic. Maybe a little bit with the imagination how Pink Floyd itself would have done it in the days of “MTV unplugged”. No extreme delays or reverbs, no big lights, no big sound, just a few candles and the music itself. And some boxes, chains, glasses, real alarm clocks, radios

and other stuff to imitate the “samples” 😉

to it’s core without losing something important. That’s why I wrote some arrangements for a string ensemble from Prague to fill out the missing parts and to add the needed warmth or “sustain”. In the end it worked out great and the girls really did an amazing job! We didn’t expect the reviews and critics to be that good and we knew that many people have their doubts when hearing about that project. So in the end I was really more than happy about the positive reactions.

– How did you get in contact with: Pride & Joy Records, Germany, who released the Barefoot to the Moon cd dvd

The owner of Pride & Joy is Birgitt Schwanke and we have already been working together a few times since she also did the album promotion for Hartmann with her company “Germusica” during the last years. I have my own label “Sonic 11 Records” since 2009 so we decided to also collaborate on this release. Luckily we convinced the German company “Edel” to do the distribution for this DVD

, what was really helpful to get the album into all important stores.

– What is your own favorite Pink Floyd album, song and live concert you saw from this legendary band?

I don’t have one single favorite album but I think “Dark side of the moon”, “Wish you were here” and “The wall” are definitely master pieces and mile stones. But there are other albums as for example “Animals” which I think is absolutely great and totally underrated. Unfortunately I never had the chance to see the band live. I know it’s a shame but being a (touring) musician I never had time when they were playing a concert near my home town.

the concert of David Gilmour yesterday. But one fine day I’ll get the chance to se one, too 😉

– Where our readers can find more info about Echoes on the internet?

You can visit our band’s website at http://www.echoes.de with all info about the band, the DVD and the upcoming

tour dates. And of course you can also find us on Facebook and some video clips on youtube. 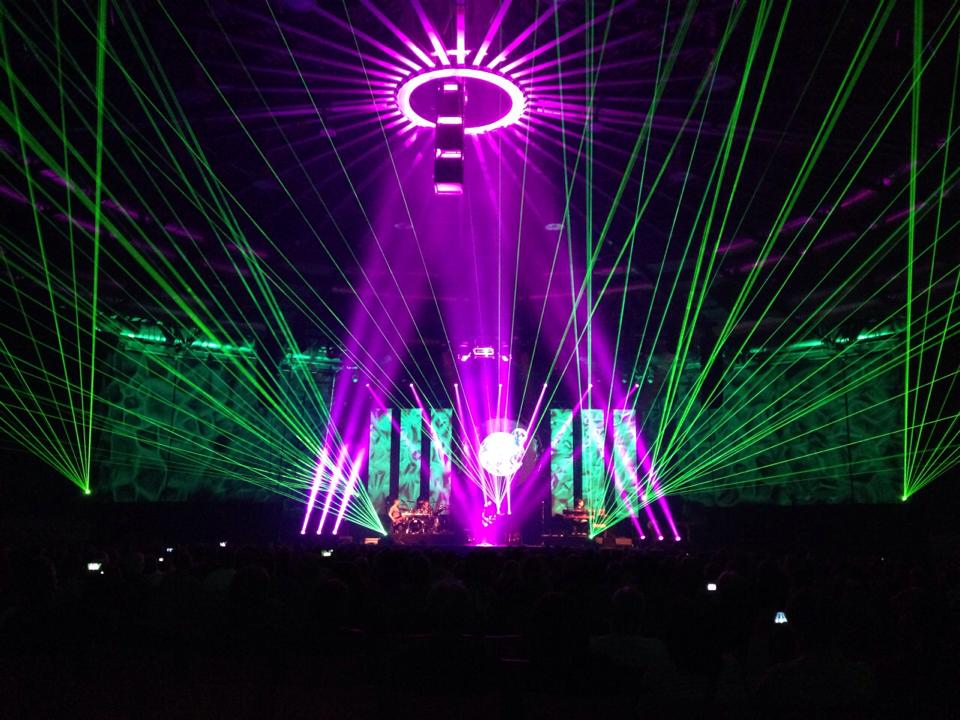 – I really like the cover of the album? who created the cover and who produced the album?

The artwork was done by a guy named Ronald Bak and we found this picture more or less by chance while searching on the internet for cover ideas to the title “Barefoot To The Moon”. We’re glad that he allowed us to use this picture for the cover as we immediately knew that it would fit perfectly to the title.

– Do you have a last word to the readers of Bonavox.nl?

Yes of course. I want to say HI to all readers of Bonavox and all dutch fans of Pink Floyd and Echoes. We really hope you like this special DVD and we’re looking forward to hopefully play more shows in the Netherlands in the near future! We’re still on tour with our acoustic show during the next weeks so we hope to probably meet some dutch fans here and there too.