The album title may also require a brief explanation because Mountain Czar, freely translated “Ruler of the Mountains”, is a reference to the band’s (future) stylistic direction. “It’s funny: our music used to be referred to as stoner rock although none of us smoke marihuana. Then our style was suddenly called desert rock although we don’t come from the desert but from West Virginia, which is also called ´The Mountain State`,” Mecum smirks. “So it practically suggested itself to look for a term which really suits our music. That’s why we decided on the titleMountain Czar, in the hope that people would label our music as ‘mountain rock’ in future.” 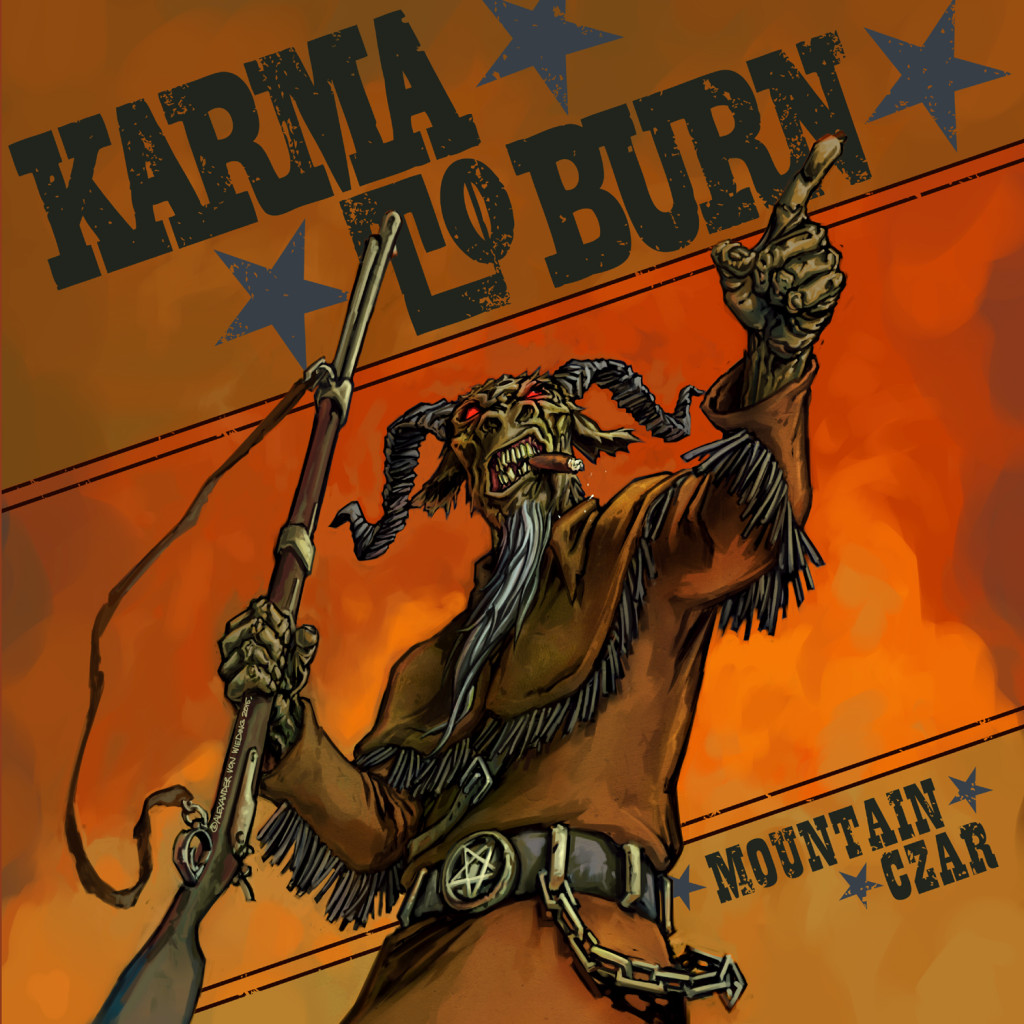 There’s no indication that things are about to slow down for this band – what with their spring 2016 tour coming up, which has already been confirmed. So no signs of fatigue in the Karma To Burn camp. “More than 20 years ago, people told me that a purely instrumental band could never work in the long run,” William Mecum recalls. “But Karma To Burn are like a boxer with a big heart, amazing stamina and a talent for getting back on his feet again and again.” Which is just as well, seeing that in this case there’s a mountain to be conquered.