Dear Geoff Thorpe, how are you doing at the moment?

I’m doing great. Doing interviews for three days here at the SPV office in Hannover and the reactions to the new album are blowin’ my mind.

How long you are already in Europe, You where also with Nick Holleman at Dokk’em Open Air in The Netherlands?

I’m here for eight weeks, visiting friends, going to festivals, doing promotion for the new album……this is something I wanna do for along time…:-)

I also visited the Graspop Open air and will be at the Out & Loud Festival and Bang Your Head Open Air in Germany. 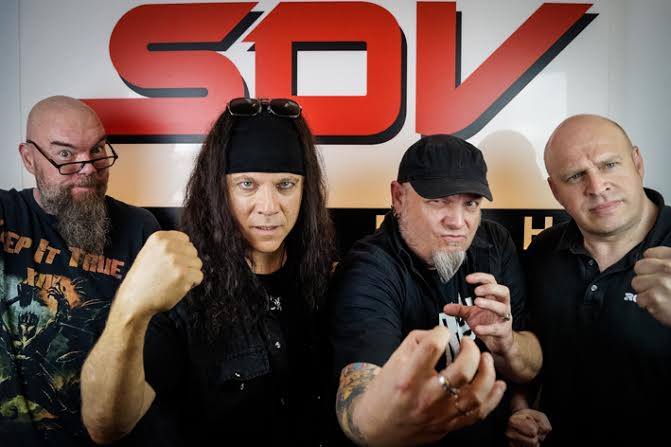 How is your day so far at the Mighty headoffice of SPV/Steamhammer, Hannover..?

They are slave drivers, no mercy with me….no just kidding. Absolutley awesome and professionell and in the end it will be more than 40 interviews in three days……!!!

The new album: “Concussion Protocoll will see the light of day at 26 August, 2016. Please tell us  something about the writing process and the time in the studio..?

This time we did the writing as a team . We rented a house in the NL for 4 weeks to be together… no emailing parts!! Then Nick and Tilen came to California to record together!! We worked with long time producer Juan Urteaga (Testament) and for my point of view it’s also the best sounding album I did for a very long time….to be honest the best album since “Welcome To The Ball”: 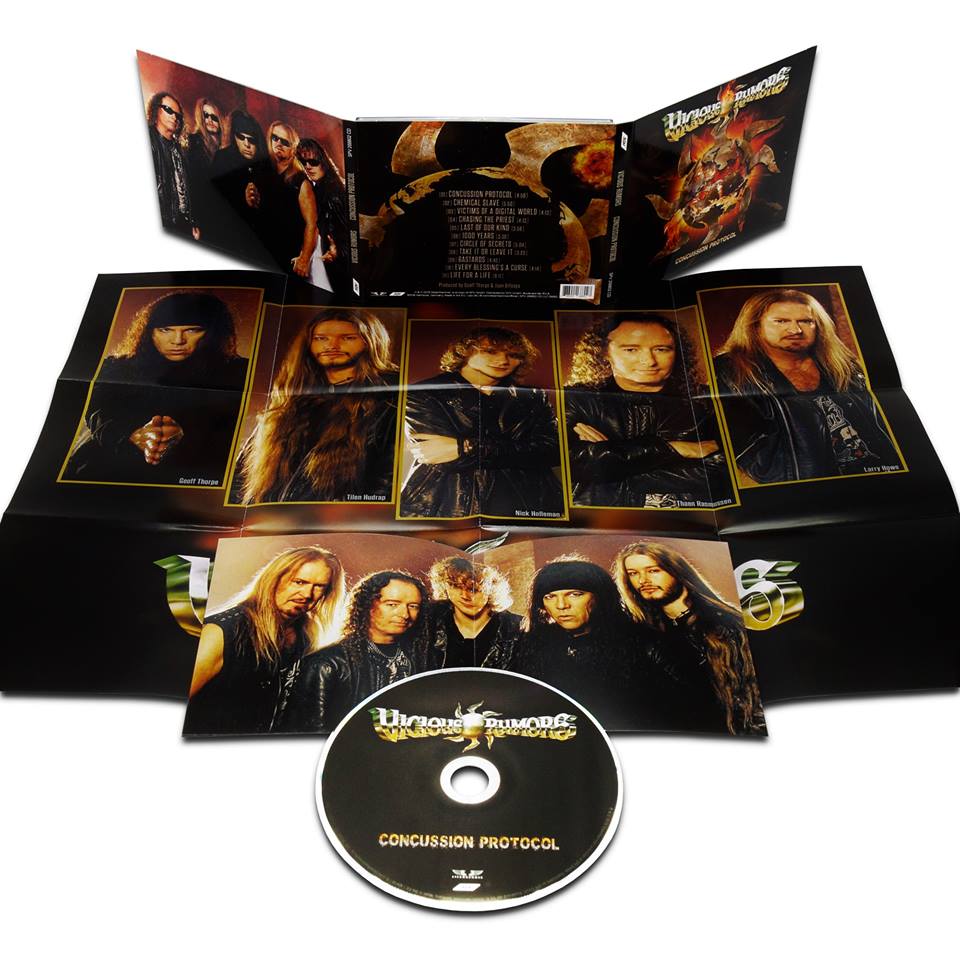 Are you happy with the final result of the new album. And what are your expectations regarding the press and fans, how they will receive this new album you think..?

I’m more than pleased with this record and I#m very sure that the old fans will like it and that we win also new fans over. The album is so diverse and intense and the overall reactions from the press so far are beyond my high expectations.

The last album: “Electric Punishment” was released in 2013, what happened in this last 3 years with Vicious Rumors..?

After the album was released we toured and unfortunatelky departed with singer Brian Allen. We found the very talented youg singer Nick Hollemann with whom we recorded the live album “Live You To Death 2”. After that we took a break and wrote new songs. To be honest for me it doesn’t fee like 3 years..:-)

Any plans about touring after the new release? What about Europe..?

Definetly…our new booking agencies are hard working on a European Tour and USA Tour. It all will happen autum/winter 2016 and we hope that we can release these dates within the next three weeks. Perhaps there will be also something very cool on the horizon but I can’t speak now about that.

You started Vicious Rumors many years ago, it was in 1979. That’s a long time ago. Please tell us something you remember about the beginning of VR..?

I was young….very young..:-) And everything was exciting. We started in a garage in 1979 and ended up in 1983 playing with Metallica and from that on we lived our dreams…and I#m still doing this today…37 years later…..it’s a mindblower!! 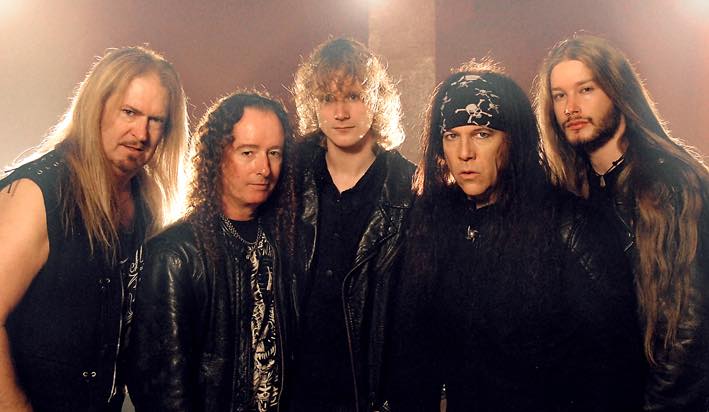 You saw also the big changes in the music industry and the heavy metal scene. The eighties with the explosian of big festivals,Music TV Stations, Radio stations etc, The LP, Cassette tape, later the Compact Disc and now we have the worldwide internet web..How do you look back to all these changes in the music history and what will be the future you think. The music scene in general and of course the future for heavy metal..?

When we started the whole thing LP sales were steady, we could tour the world and everything was good. After Nirvana entered the scene everything was different but Vicious Rumors survived it all. Even when I had no singer…I did it myself and played a major tour in 1996 with ACCEPT in Europe. Heavy Metal will always stay and the fans are the best in the world…and they kept the ball rolling!!!

Do you still have a dream for yourself or for the band, that still has to come true in the future..?

To be really honest……the dream now is to keep it going. I released four groundbreaking albums with “Soldiers Of The Night”, “Digital Dictator”, “Vicious Rumors” and “Welcome To The Ball”, for the last both on the same label like Led Zeppelin and AC/DC, I survived the 80s, played major festivals…so there is not so much left….oh yeah..one thing….opening for IRON MAIDEN would be nice…..(in case you are reading this Steve..:-))

Any hobby’s or do you have a family, beside playing in VR..? 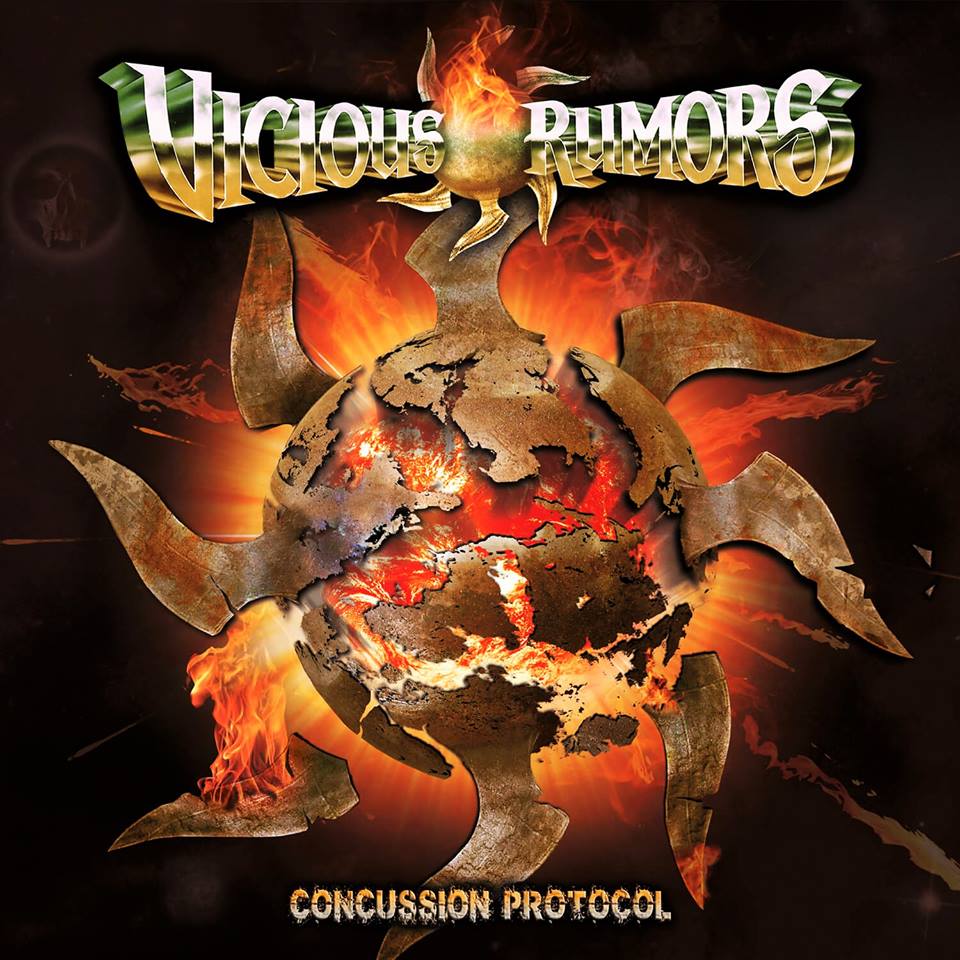 Are you also involved in other bands or projects..?

I work with other bands as a producer, I enjoy workig with singers especially but at the moment my 100% commitment belongs to Vicious Rumors and “Concussion Protocol”!

What are some of your own favorite bands..?

There are so many but my favourite band will always be Led Zeppelin. With every album they did something new and they wrote songs whiich are still as heavy as they were in the beginning of the 70s.

Do you have any last word to the readers of Bonavox.nl..?

Thanks so much to give me the opportuniyt for this interviews. The dutch fans always have a special place in my heart and we will see us in atum/winter 2016.

THANKS! Have a nice time in Hannover!!

Thanks to you and hopefully we can meet. Have a great day..