Home
Interviews
Resurrection Band, also known as Rez Band, was a Christian Rock band formed in 1972. They were part of the Jesus People Christian community in Chicago and most of its members have continued in that community to this day. Known for their blend of Blues-Rock and Hard Rock, Resurrection Band is credited as one of the forerunners of the Christian Metal genre. Christianity Today called them “the most influential band in Christian music history……Bandleader and member from the beginning of the band Glenn Kaiser, answered my questions via e-mail…… 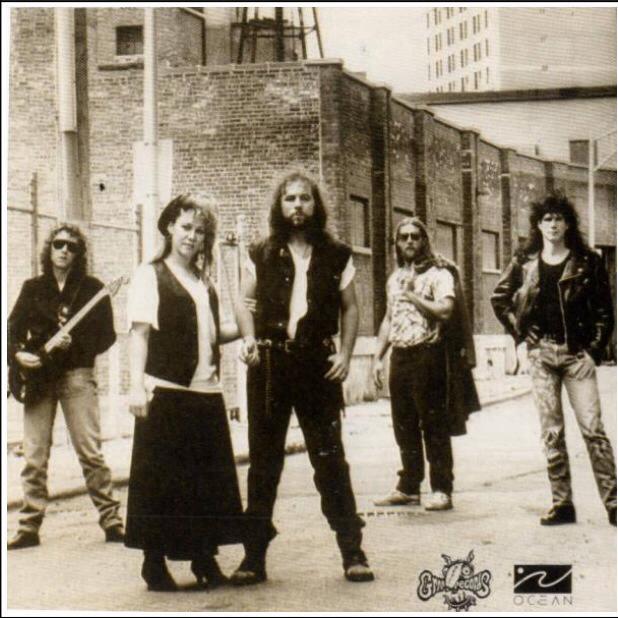 Hello Glenn Kaiser, how are you doing?
GK- Very well, Dankuwell
Please tell us something about the city where you live, Chicago and the work you are doing in this for us Dutchies big City..?
GK- Chicago is about 3 or 4 million population and including suburbs around 10 million people. Very mixed culture, subculture, racial and ethnic, every type of person and food you could imagine. And of course, the same for music, theatre, the arts. 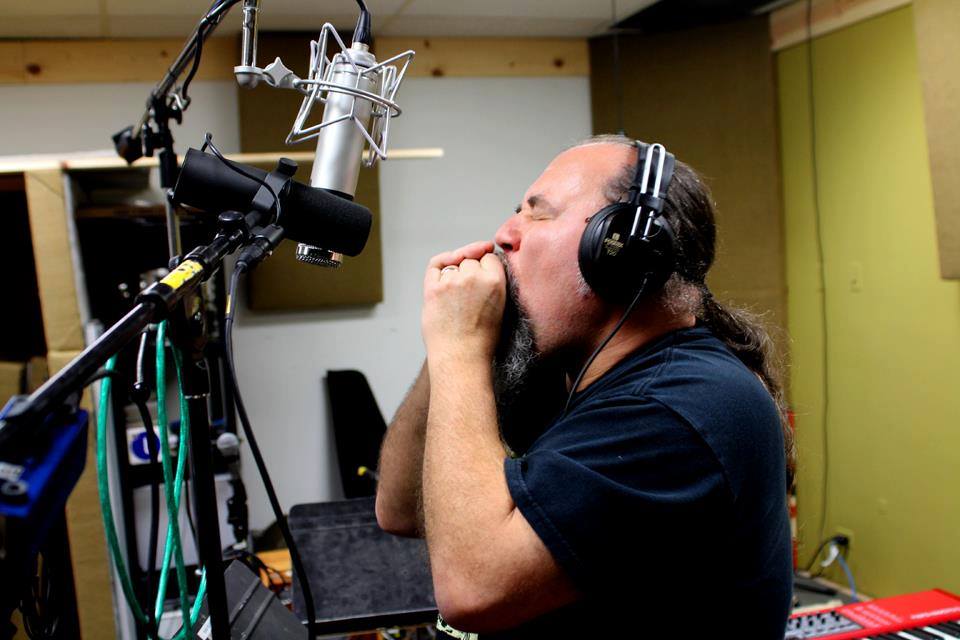 You are in the music scene already from end of the 60’s/beginning of the 70’s. Is there anything you want to tell us about all these years from your music career..?
GK- For me it was exciting but also a time of deep learning and activism, all which we talked and wrote songs about. A time of wide music styles, amazing song writing and creativity. Of course it was also for us in the U.S. a time of tension- Vietnam war, the poor and African-Americans rioting against injustice, demonstrations, sexual revolution and massive drug experimentation by us hippies… and then the Jesus Revolution. The music, texts (lyrics) and many of our lives were changed.
When we talk about 2016 and think about the world today, ISIS, Aleppo, New President of the USA etc.. and the loss of so many musicians this year, like; David Bowie, Lemmy Kilmister, Leonard Cohen, Prince etc..What are your thoughts about this year..?
GK- A really crazy year! Lots of loss as you say. Uncertainty as to what Trump will or will not do. I have never been a fan of full-on capitalism so to me it looks like the poor and minorities are in for a rough ride. As for musicians and others who have died, it’s a stark reminder that we will all die. What we do in our lifetime is very important, and to not waste it because it is short.

What about the REZ band, Resurresction band..? Is there still anything going on…Right now…?
GK- The band was one of my best gifts (I mean, to me) in my own lifetime. People and a message and music that I think stand as witness to the power of love and action. No plans to re-unite, record or tour, all are quite active in other areas, with family and such.
I always thought, what the meaning was of the 2 names; REZ Band and Resurrection band? What is the story behind it?Why the change in names..?
GK- Resurrection is about Jesus Christ raised from the dead. REZ was simply what many called us and at one point we decided to call us what they had been calling us for years. 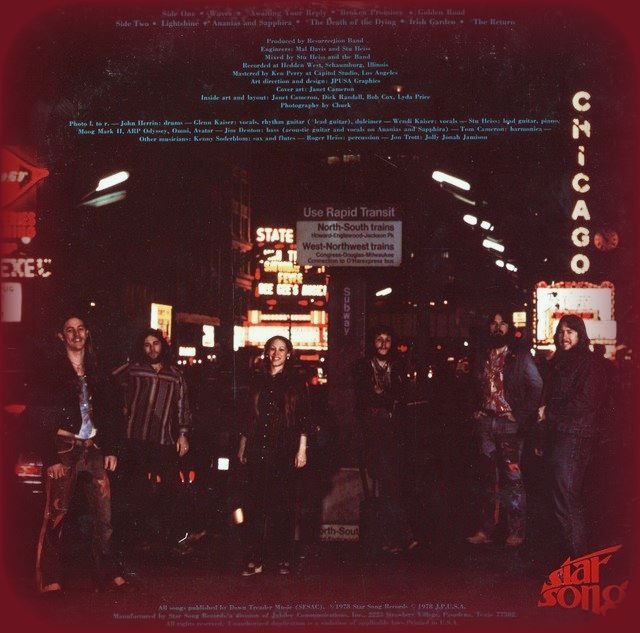 In Holland your albums where always distributed via GMI Records. this and many other distributors like; GMI and Alliance Music are gone…with the wind. And festivals like Flevo Totaal Festival and concerts where Rez was playing are all gone..How do you still get your albums distributed in Holland. Or are most people only interested nowedays in MP3’s, Spotify etc..?
GK- All our music is at www.grrrrecords.com but I would say some four points on this great question: The Internet, great cheaper computers, mics and music gear, independent musicians with home studios, crowd-funding and even live shows via the Web are all changed what was impossible to very possible and even better in some ways. Second, churches grew in all kids of subcultural ways and types, and the old people who freaked out about rock or blues in the church are mostly gone, so artists of faith had venues among Christians in far more places than ever. Third, a lot of believing musicians built relationships with people far outside the “church” atmosphere and so more shows were/are done in mainstream venues than ever before. Plenty of artists would rather play year-round in clubs than only in church-related places. Lastly, entire tours of say, four to six or more bands moved around the U.S. (for example) so due to all these reasons people could see/hear/buy music at shows or via the Web. All of this has brought a massive change. 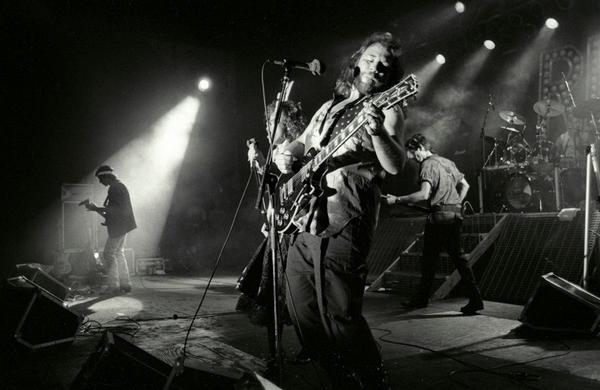 In Holland there is nowedays a smaller Gospel Music Scene then it was in the 80’s and 90’s. How it is in the USA. We know that CCM was quite mainstream in the USA for years..? and we knew as rockewrs that there was; Heaven’s Metal and Cornerstone Festival etc..?
GK- All I just wrote in answer to your last question- plus, many believers who are musicians do not care to be labelled “ccm” or such. If anything I’d say there are more faith-based artists than ever. I also think artists such as U2 brought massive change to the landscape.
Are there any plans that you with or without REZ band will visit Holland or Europe again..?

GK- I’ve enjoyed touring The Netherlands with REZ Band several times, but in recent years, via Glenn Kaiser Band, and solo, mostly blues tours there and a lot all over Europe. But no plans at this point for Holland, though a European tour for GKB may be announced for summer of 2017. Www.GrrrRecords.Com will have all that info. when details are finalised.

But no further plans for REZ, no. 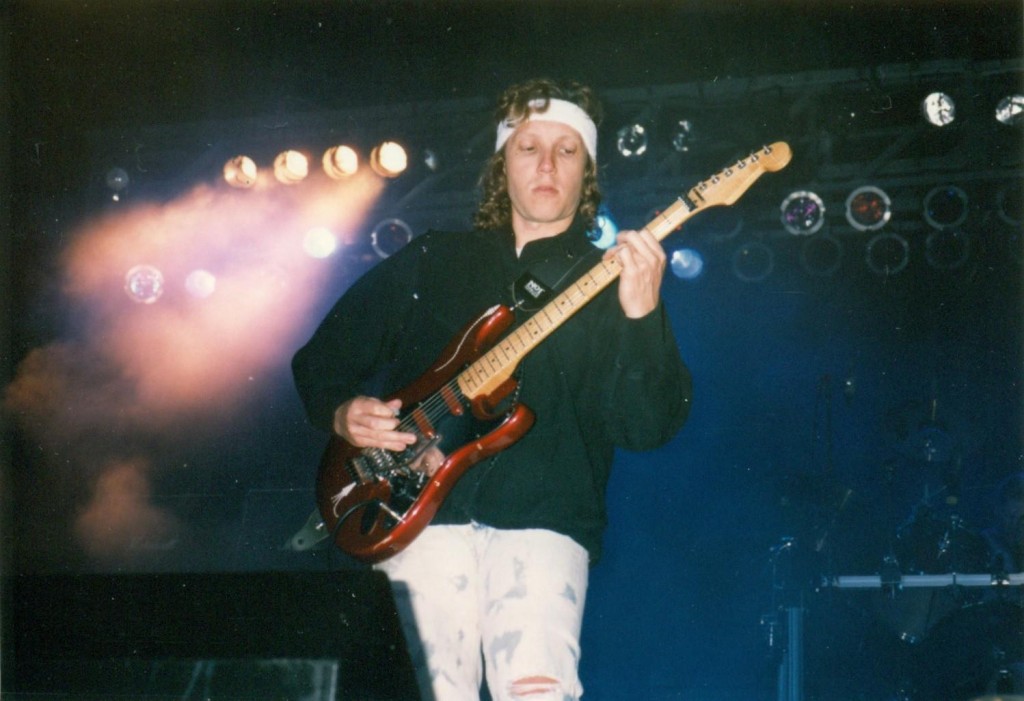 What about the record label; Grrr Records…Is it still excisting and how do you promote the bands and albums in Europe nowedays..?
GK- Yes, Grrr continues to rock (and blues and Celtic, etc., ha!). Promo is usually via the Web and a lot of local and regional promotion. We are truly thankful to have a great staff and a lot of fan support!
http://www.facebook.com/groups/rezbandofficial/
Do you have as a person still the same goals what you want to achieve with making music to the people, like it was 20-30 years ago..?
GK- Yes. Faith and walk with Jesus, love and activism in caring for the poor and minorities, really loving our neighbor NO MATTER WHAT is what I am about and have been for most of my life. I do a lot more jail and prison shows also, and give cigar box guitar / blues / history workshops and shows. 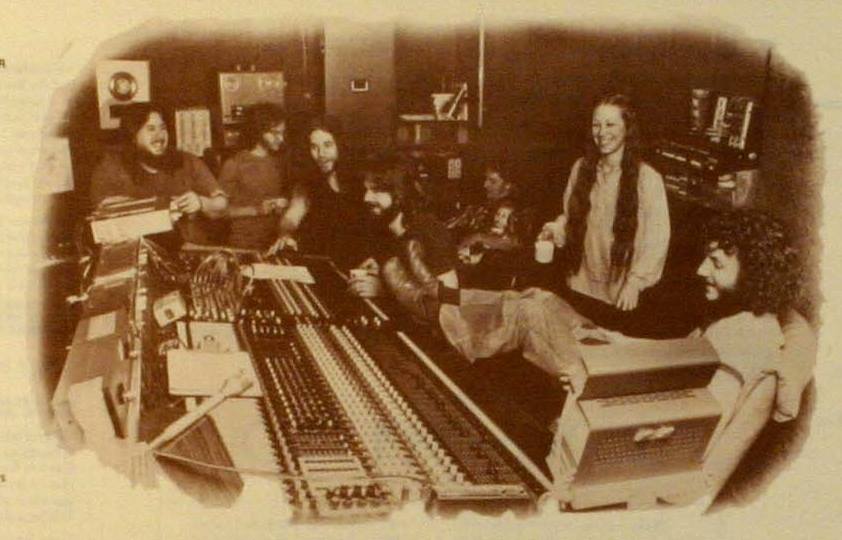 Are there still songs from years ago that are still actuall today..?
GK- If you mean do they come to my memory or still influence me? Yes, many. If you mean do I play any of them live- sometimes Right On Time when Wendi is able to tour and sing with me for example. GKB covers Raindance, Military Man, Waves and others.
What are some of your own favorite bands/Artists to name a few..?
GK- Wow. Just a few are Rev. Gary Davis, Rory Gallagher, Albert King, One String Willie. 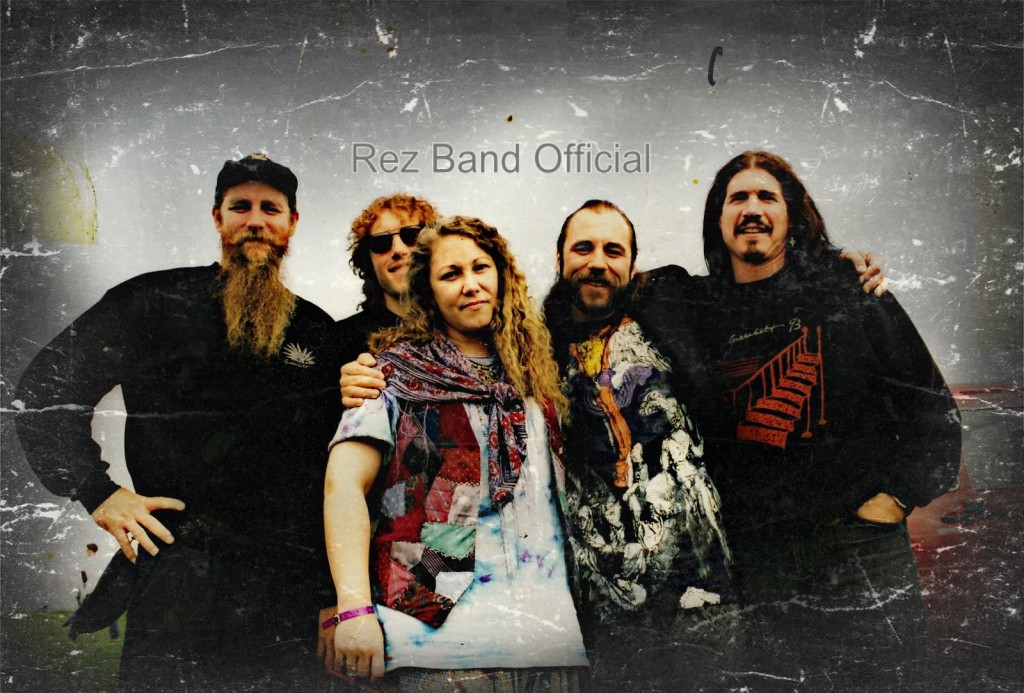 Are you yourself more a rocker/hardrocker or do you prefer more to be the Blues men…? or both..?
GK- I am a musician, bluesman, can rock but prefer blues, think in terms of blues, soul and r&b  and always did at heart. I love very hard hardcore and electronica and truly could do either in a heartbeat but my natural desire goes to blues. 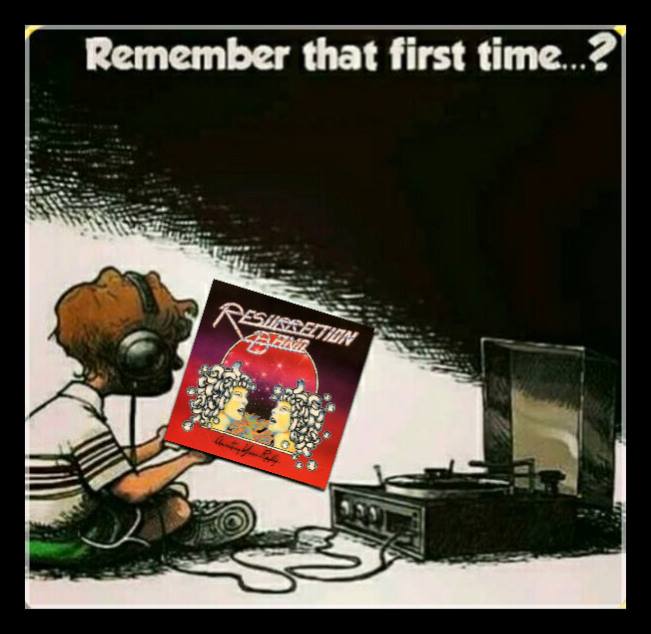 Do you have a last word for the readers of Bonavox and Rocklife, something that’s on your heart we have to know about..?
GK- Without the love of the risen Jesus in us we are all doomed, to ourselves, to a world full of holes and injustice, to our own sick sense of self-diety. We are not God and need to quit pretending. His love, the gift of faith we can take or leave, these are the issues that show up in us every day. Choices that affect now and etenity are THE choices we better get right!! He chooses to love us. What will we do with Him and our neighbor? Those, in my view, are the continuing, important matters.
THANKS! 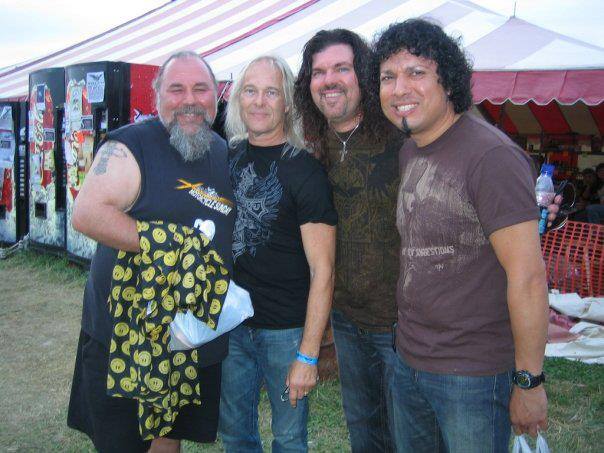