Dear Eric Daniels, how are you doing?

Hi there, all good thank you. Nice cloudy rainy weather outside when doing this interview so the surroundings are great !

Please tell us something  about the city/hometown you live in and tell us about the metal scene in your erea?

I live in the town Oldenzaal, Twente close by the German border in the east side of the Netherlands. Almost 28 years i live here in the same town and I like it here. Nature and city like surroundings so all what to be needed to live in an inspiration full area. The metal scene here lives but thats all said. Very to none metal venues in this area, its almost dead. For the good bands to see we must travel a lot to other directions. But the metal scene which is here is die-hard so thats oke. 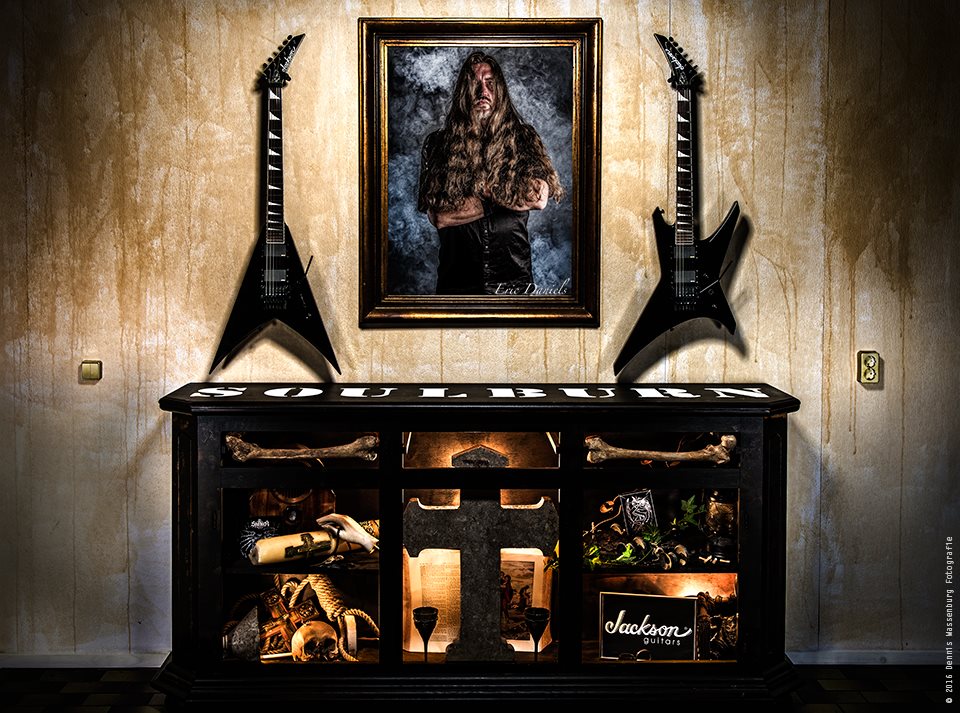 Together with Bob Bachus you started the band in 1996. After the release of the demo, 1996, you guys got a record deal with Century Media to release the debut album, called: “Feeding on Angels”. Please tell us about the start of the band and the quick contract you got with known record company in the metal scene: Century Media..?

Correct, i had the idea in 1996 to form a band and play the epic black metal with influences we like. I called Bob if he would like to join me, and so Soulburn was born in 1996. Well when we recorded the demo-tape we already signed with Century Media Records. They just want to know how it will be sounding but they had all confidence in us. We still are on the same lable, we have friends like connection with them, over all the years it still is. After we recorded the demo, we started working for a full album, and it saw daylight in 1998. The demo tracks are also on this album. I still like the FOA album very much, its pure and played with feeling we had to do for real music. However the period it was released wasnt so good. The scene and interest for the music went down and the album missed the attention it suppose to have. But glad we did cause nowadays people picked it up.

How the album was ‘then’ received by press and fans?

Well is i mentioned before, it wasn’t a good period in 1998. Death metal was turning down of interest, other music styles came up, but we were confident it will be find its way. The shows we did in that period of release were very good, people liked what we were doing. 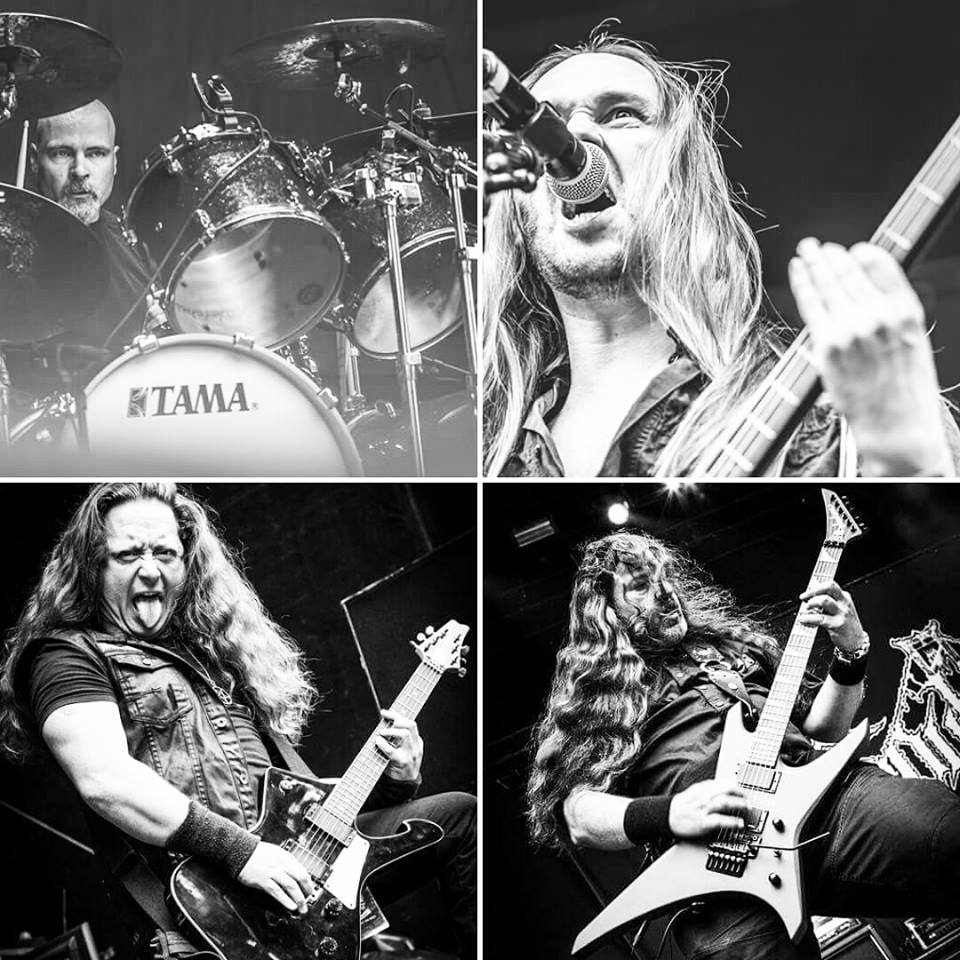 What happened that the band after this release called it quits..?

After the release Bob and i decided to reform Soulburn into Asphyx cause we were convinced the feeling and style fit in right. This line up with Wannes Gubbels on vocals/bass we transformed into Asphyx.

What happened with the bandmembers after the break up?

We went all our own way. I quited for almost 9 years, doing nothing in music, even didnt touch the guitar. Bob reformed Asphyx back in 2007, he asked me to join again,  but i wasnt ready for it to join.I had other things in life which interested me, building up a working career and now I am happy I did. Wannes went further with his own band Pentacle, so thats all said about that period.

After 16 years you and Bob Bachus started Soulburn again. What was the reason to give the band a new live again..?

Bob and i were jamming in 2013 at the rehearsal room, we wanted to play the real music we wanted to play, the black doom vibe we love so much, as for “To The Gallows” a new band we wanted to form. But suddenly i came up with the idea to reform Soulburn again cause what we were playing and jamming i had the idea it really fits for Soulburn. We both went excited about it, and Bob texted to Century Media Records with this idea. They replied very soon back that they liked the idea too. So we went further on to compose the songs for a new album “In Suffocating Darkness”. Remco Kreft as second guitar player and Twan van Geel on vocals we completed this golden line-up to spread around the word and music we all like and love. 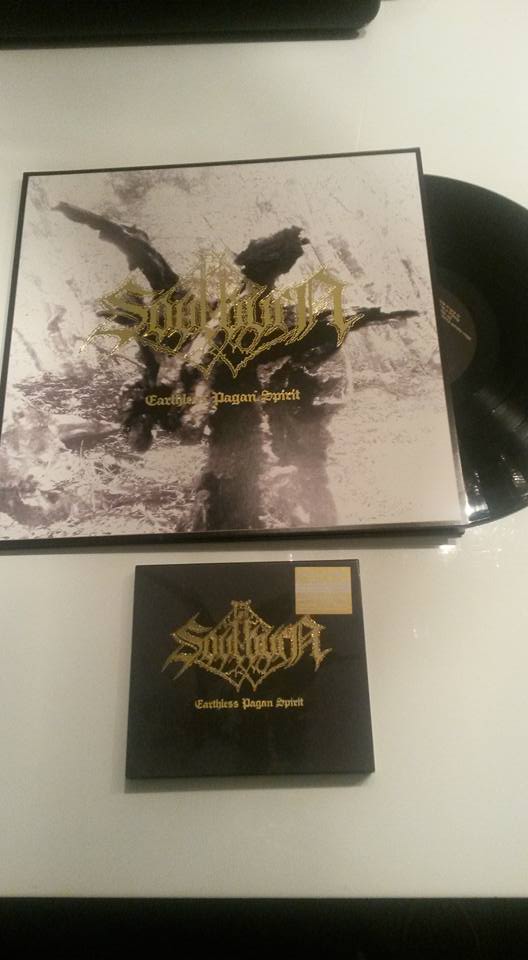 Last year, November 2016 the new album was released again via Century Media, please tell us something about the new album: “Earthless Pagan Spirit”, writing process and what is the album Lyrically all about..Is there anything you want to tell the listener with this album?

Yes we worked at this new album about 1 year in total. We composed the songs in structure and recorded the drums first when 3 songs were finished and continue this way till all songs were ready. Bob and I we set the base for the songs, rythm guitar and drums so we can lay the base for the songs. When all finished Remco and Twan do their parts.The lyrics deal with all black things in life, and physical influences as well. Its provoke the word we believe in. So dark matters with satanic views.

This album we believe we set the footprint of how Soulburn is meant to be and what to expect. Darkened black death doom. In its purest way !

The album again was recorded in Harrow Studio, Losser, The Netherlands. Please tell us something about this known studio in the 90’s by Harry Wijering from the Dutch Heavy Metal band “Harrow”. He recorded and produced albums for bands like: Harrow, Soulburn, Asphyx, Crustacean, Form, Hail of Bullets, Occult, Pleurisy, Sadist etc…..

We know Harry for a long time, and he knows us, what we want, his recordings are very solid and we liked to recorded there. Over the years there is some bound, and we decided to record all guitars and drums there. Devo (Marduk) did the mix and mastering in his Endarker Studio Sweden. Bob and i went over there for a weekend and had a great time with the Marduk guys. It sounds terrific the way we like it so much. 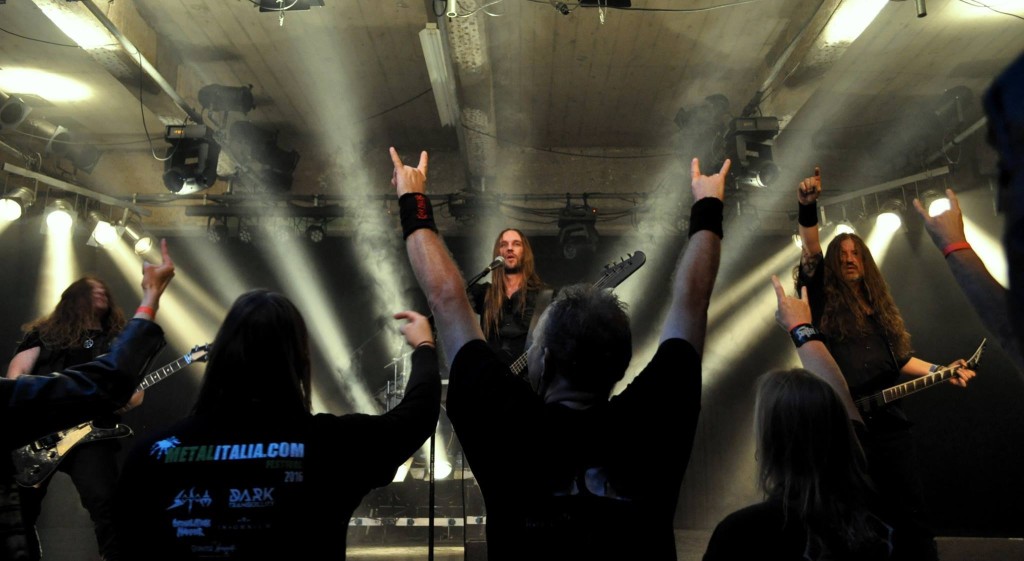 What are the future plans for Soulburn..?

We enjoy the release of the new album, and play the shows we like to do, so for now we are in live modus ! Plans we sure have to continue the Soulburned Darkness. We arent finished here so you can expect more to come.

Bathory is my most fave one, the feeling the structure all ! the old Venom too, Celtic Frost and many more.

Thanks for reading this interview and Bonavox for this interview. To our fans, when we are in youre area to play our show, expect total darkness with the right ambient of music. Cheerz and YOU rule !

Also a big thumbs up to mister Remco Kreft, who arranged the interview…