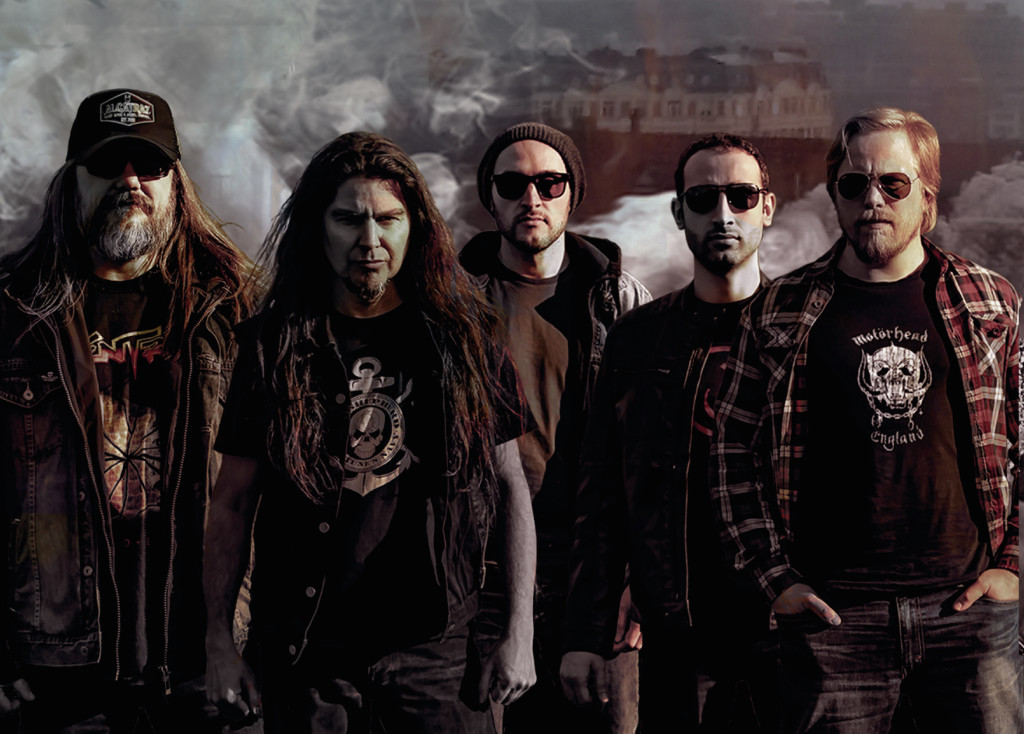 Hello Larry, how are you doing?

You are from Belgium. Please tell us about the city/village you are living in and the metal scene overthere..?

We’re all pretty much based in Brussels and around ! There is a metal scene active down here and you can find all styles of metal and hardcore, but unfortunatly also very few venues to play , actually for such a big city !

In 2003 you came into the band, please tell us why you changed/left Braincancer and Decadence to play the guitar in Trouble Agency?

After Decadence, i decided to enjoy my second passion: playing football, while still playing the guitar at home. Later on, i got again in contact with Didier ( rythm guitarist), which i knew from high school and from our first band Brain Cancer ! He told me about his project Trouble Agency and convinced me to join the band !

I had to learn all the songs of the band, and we decided to go to the studio only when we thought to be ready for it, which took a while !

Please tell us how this album, Moneycracy was received by press and fans..?

It was well received, but  the social medias were’nt as active then as it is now, so we kinda missed  exposure ! And therefore, the arrival of drummer François was a blessing ’cause he’s very comfortable with the internet and stuff !

Then it took another 5 years to release: “The Last Shot”. Released in 2011. Why you and the band called it quits after this album..?

Once again, with the new members, we had to put everything together and also went through some rough shit like accidents or other issues ! but the title’ Last shot’ had nothing to do with the band’s career ! ha,ha ! 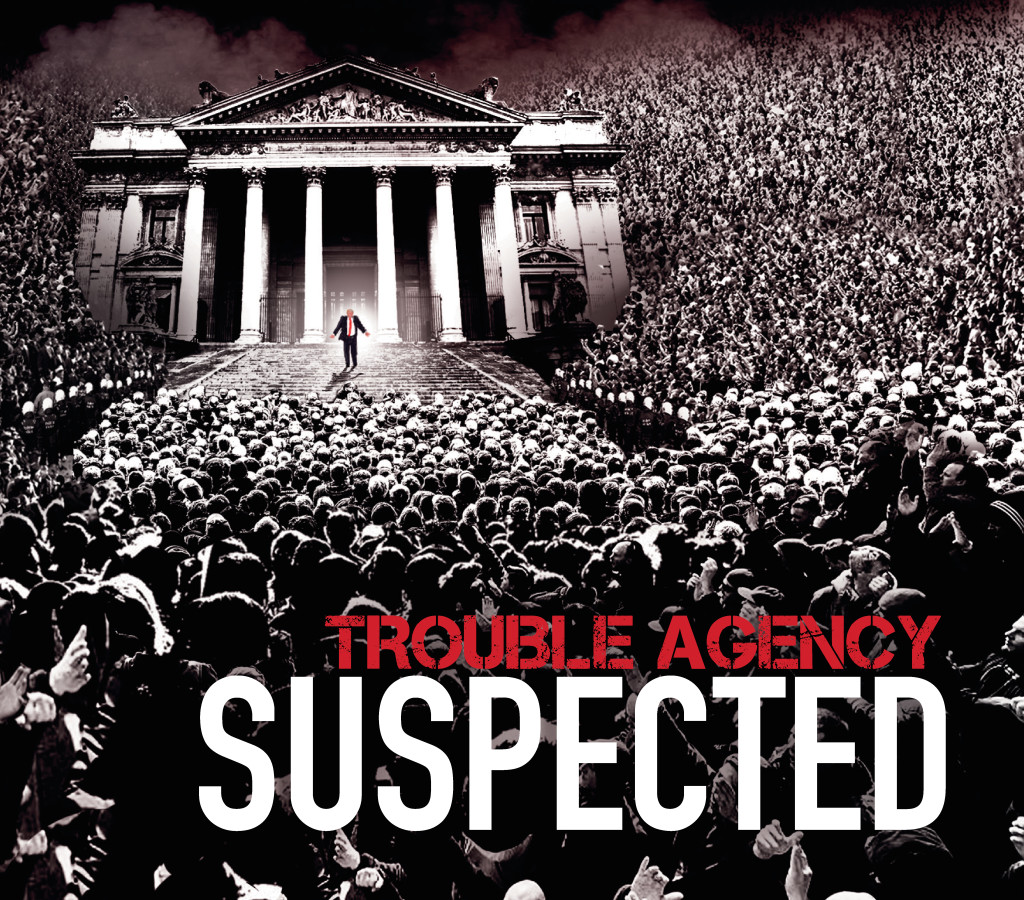 Now after 7 years the band is back.. with a vengeance..A full line-up and another album…So please tell us the story briefly..?

Once the line-up complete (and it took some time, i admitt), we worked on all songs we had ! We made a selection of what we thought were the best songs and made a demo for ourselves , which allowed us to enhance the product and to define the right tempos of each track !

So, the new album is called: “Suspected”. Tell us about the writing process, time in the studio etc..?

All of our lyrics are pretty much about social problems of our century and are mostly written by guitarist Didier and so is the music ! he’s the mastermind behind the band! We spent 3 times in the studio in Aubange at the ‘Ear we go studios’, we decided to go there ’cause we knew the work this producer ( François Dediste) did before and the fact that he was a thrash fan helped us to go towards the direction we wanted to !

Who was responsible for the frontcover? And what you want to tell/say to the listener with the album-cover and the title: Suspected..?

We had the frontcover made by professional designers, we told them everything about our lyrics and from there they had total liberty to go for it! And we had the final choice, of course!We’re pretty satisfied, and regarding the meaning of it, it’s up to the listener to make his own opinion of it! what i can say is that events that happened in Brussels had their importance, so for example the building you see on it is a famous one in the city ! but this cover ‘s got a threatening atmosphere and that’s what i like about it !

How did you get in contact with Birgitt Schwanke from Germusica, Germany?

I heard from a guy i know from the music business, that he knew someone who delivers good work on promoting bands, and that the bands were satisfied of the job done, so i got in contact with her, and i don’t regret it ! She also likes our music which can be a bonus i guess !

Any touring planned in the near future?

So far, nothing ! Since we don’t have any record deal, it ‘s often difficult to appear on a bill somewhere! Everything is pretty much runned by Live Nation, and they work with package ! But we play as much as we can !

What are some of your favorite bands?

All the NWOBHM, the bay area thrash bands, the tampa area bands, and some particular bands like Godsmack or Prong + hardcorestuff !