The new album from the English Heavy Metal band TANK wil be released on 25 september 2015. The title from the album is: Valley of Tears. After listening to the title track from the new album some time ago I really fell in love with this great music again and when you know that some other great musicians are helping on this album. Then we can expect a real Hammer of a metal album! That’s why we had some questions for mister Cliff Evans…..Lets read what he has to tell us.. 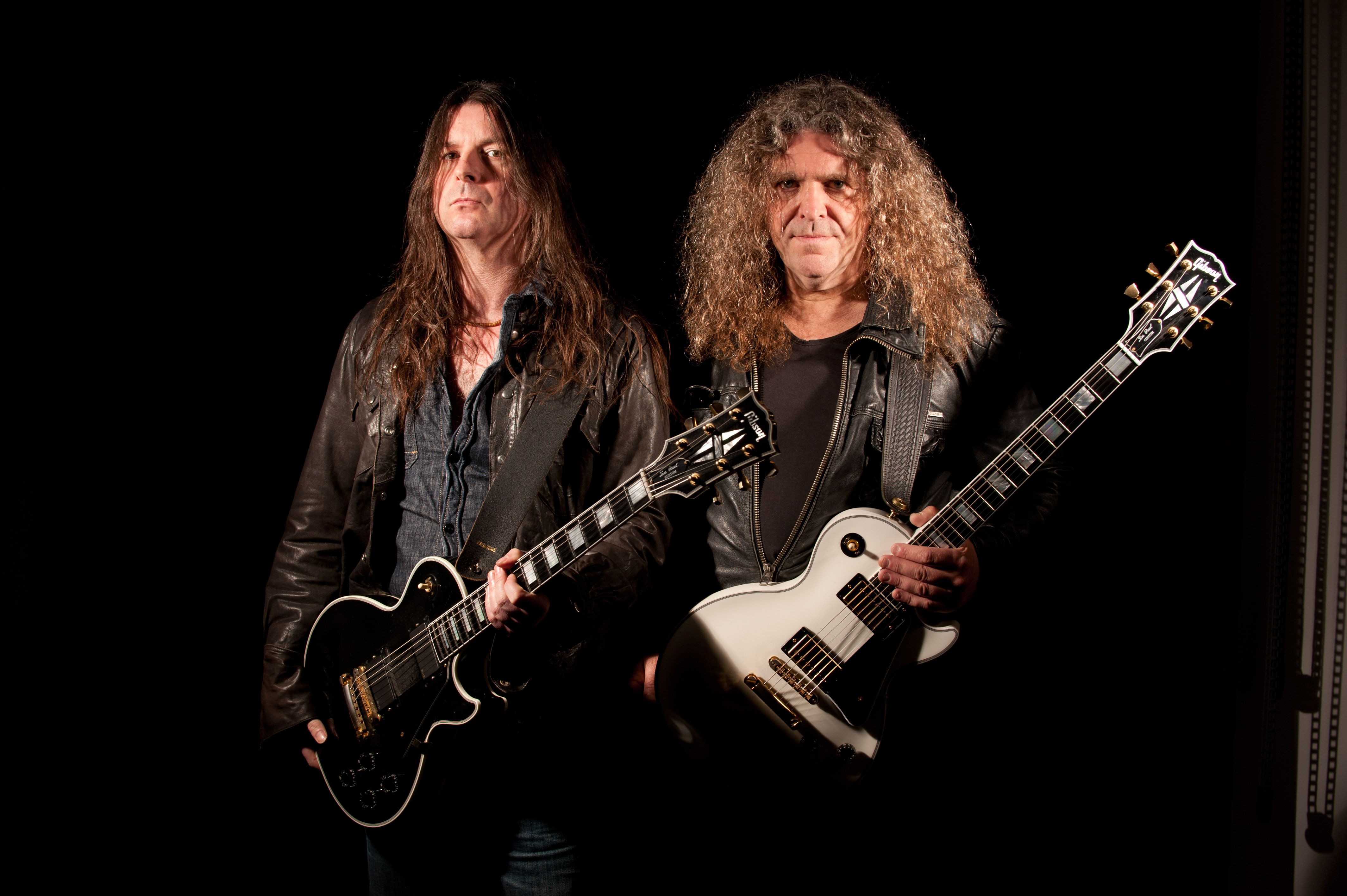 How you and the guys are doing at the moment?

Everything is going really well for us right now. We’ve been off the road for most of this year so we could concentrate on writing and recording the next studio album. It’s been nearly three years since our last album ‘War Nation’ was released so the time is right to move another step forward and deliver a new album of our own trademark style of metal. But new and improved!

We are working really well as a band right now. The knowledge and experience of these guys is second to none. You can only play this kind of music as it should be played if you’ve been brought up on it and lived it for years. It’s in your blood. Along with the alcohol!

Can you tell us something about the new album: Valley of Tears?

Our last two albums ‘War Nation’ and ‘War Machine’ featured the amazing vocals of Doogie White which really helped to elevate TANK to a new level and open up a whole new audience that previously would never have been exposed to our music.

This was the direction that Mick and me had wanted to go in for a long time but were unable to until we brought in a world class vocalist.

Doogie’s voice gave us a more classic rock sound but with our trademark guitar growl it still had the TANK edge.

After Doogie departed to join up with Michael Schenker, we decided to take TANK in a much heavier direction. In came former Dragonforce frontman ‘ZP Theart’.

Some people thought this was a strange choice for vocalist but we knew what he was capable of and he was definitely one of the best performers around.

He was in our touring line up for a couple of years before we started working on material for ‘Valley of Tears’ so he knew where we were heading and what we were about.

This album is a huge step forward from our previous albums and ZP’s vocals, melodies and lyrics have been a major part of this.

Also, the addition of former ‘Sodom’ drummer Bobby Schottkowski to the line up has given us the power and drive that we’ve been looking for. He’s the backbone of the band now. It’s like he’s always been with us.

Working with Barend Courbois was such a great privilege. He joined us on our first ever Brazilian tour and played on the album just before he headed out on tour with his regular band ‘Blind Guardian’.

There’s some very talented and experienced musicians on this album and it really shows in the final result. If you like metal, this is for you!

What is the story behind the album, where is it all about?

The title ‘Valley of Tears’ came from a famous tank battle during the 1973 Yom Kippur war.

One side was heavily outnumbered but against all odds fought on and claimed victory in the face of certain defeat.

We’ve always felt that we are constantly fighting to keep our style of metal alive when everything around us is becoming over produced and formulated. Nothing seems to have any soul to it anymore. Songwriting is a thing of the past. A dying art.

We will fight on to the bitter end and deliver true metal to our fans.

Why the release of the album was/is postponed to 25 september 2015?

Every time we make an album there’s always a string of disasters that seem to plague us. Wether it be technical, personal or an act of god we know that whatever date we plan the release for, something will happen to totally fuck everything up. We can always rely on it. It’s the TANK curse.

I don’t know how our record label ‘Metal Mind Productions’ puts up with us. But I’m very glad they do. 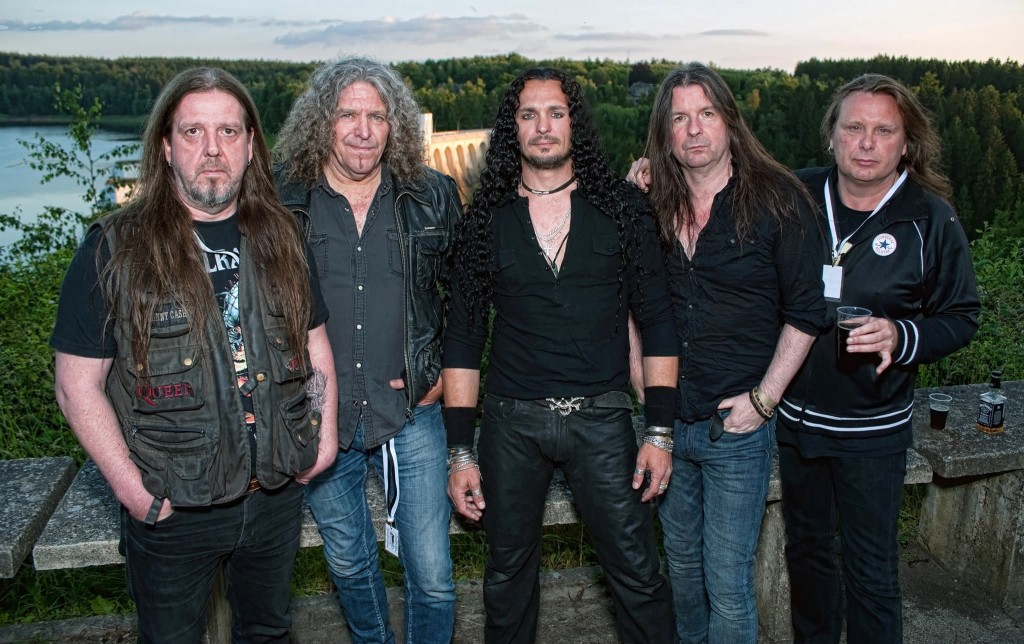 How did you get in touch with ZP Heart from Dragonforce, Bobby Schottkowski (Sodom) and Barend Courbois (Blind Guardian). And how was it to work with these great musicians?

I first met ZP in a pub. I was introduced to him by Mark Cross, (Our drummer at that time who has recently been playing drums with the Scorpions). We got on really well so we traded phone numbers. I liked his attitude. He had the same ambition and drive as Mick and me.

When Doogie decided to move on we gave ZP a call and hoped he’d be interested in stepping in for some festival shows. He came straight in with minimal rehearsal and blew us away. We’d upped our game another level. ZP really gave us a kick in the ass!

It always felt like Bobby was in the band even before he joined us. He and Tom Angelripper played a couple of songs with us at the ‘Keep it True’ festival in 2009. Bobby’s drum style, attitude and beer drinking skills were perfect for TANK but he was in Sodom then so he wasn’t available.

We kept in touch with him and when the time was right we approached him to fill the drumming position and fortunately he agreed to join as a permanent member of TANK.

We knew that Barend would always be in demand by other bands as he is without doubt one of the best bass players in the world today. Mick had become friends with him since he moved to Holland and when we were offered our first tour of Brazil we thought we would ask him if he was interested in coming with us. We didn’t expect such an enthusiastic response. He was really into our music and he just loves being out on the road playing his Fender P bass. It was a great pleasure having him in the line up and we all learned a lot from being on stage with a true master of his instrument.

Any future plans with these guys, or they play only on the new album: Valley of Tears?

The line up stays the same except for Barend who is now a permanent member of Blind Guardian.

He really deserved to be in a band on that top level. He is now touring the world with them supplying his trademark ‘Low End’ bass sound. We wish him all the best.

Replacing Barend will be a good friend of his, Arco Bommer. He is also from Holland and he joined us in time to play our show at the ‘Bang Your Head’ festival in Germany. He is now a permanent member of the band. Awesome player and a great guy.

We feel very privileged to have worked with some really big rock names over the past few years.

We will continue to record new albums and tour as much as possible to keep the band moving forward and progressing musically. Being able to work with the best musicians around makes this possible for us.

Tank played on the famous Heavy Metal Cruise, the 70000 Tons of Metal. With all these great bands playing there like: Grave Digger, Trouble, Michael Schenkers, Temple of Rock, Soulfly etc. And I don’t have to forget the crazy fans around! Can you tell us something about it? any nice story from the time on the Cruise and the meetings with the bands and fans….

It really was an amazing experience for us. And everybody who was there. We’ve played on cruise ships before but only the Scandinavian ones which are just 24 hours.

This was a totally different thing. Four days of non stop metal and madness. I highly recommend it to anyone wondering where to take a vacation.

There were so many great bands performing. Many that I had never heard before but made a point of checking out as much as possible.

Speaking to some of the fans after our show, many from the US, they said that this was the only way that they could ever get to see some of the smaller and more obscure European bands that they had been into for years but would never have the opportunity to see live.

The atmosphere was unbelievable and the cocktails flowed throughout the night.

Also the fans and bands mixed together at all times so it was really nice that people could meet and talk to their idols in a nice relaxed environment.

Any live shows planned at the moment? what about playing in The Netherlands again?

We are planning to go out on tour again later this year after the release of the new album.

It’s been a while since we last played a full tour so we can’t wait to get back on the road with this great line up and play to our growing army of fans.

We have so many songs from different albums and eras to draw from so it’s quite a varied set list that will keep all our fans happy.

Playing in Holland is like coming home for us now. Mick moved there a few years ago and our bass player is also Dutch. We have a strong connection with Holland and can’t wait to play some more shows there.

We are also scheduling our next South American tour for early 2016. We made our first visit there last year and it was a fantastic experience. They really like their metal. We were amazed at how big a following we have there. We’re looking forward to going back.

What are your own favorite bands/musicians, to name a few?

The ‘Dark Lord’ Mr James Patrick Page has always been my biggest inspiration and ultimate God of the guitar. He’s the main man.

I also worship the legend and master of the vibrato Mr Paul Kossoff.

Mr Peter Green gives me the blues and Zakk Wylde knows what to do with a Les Paul. 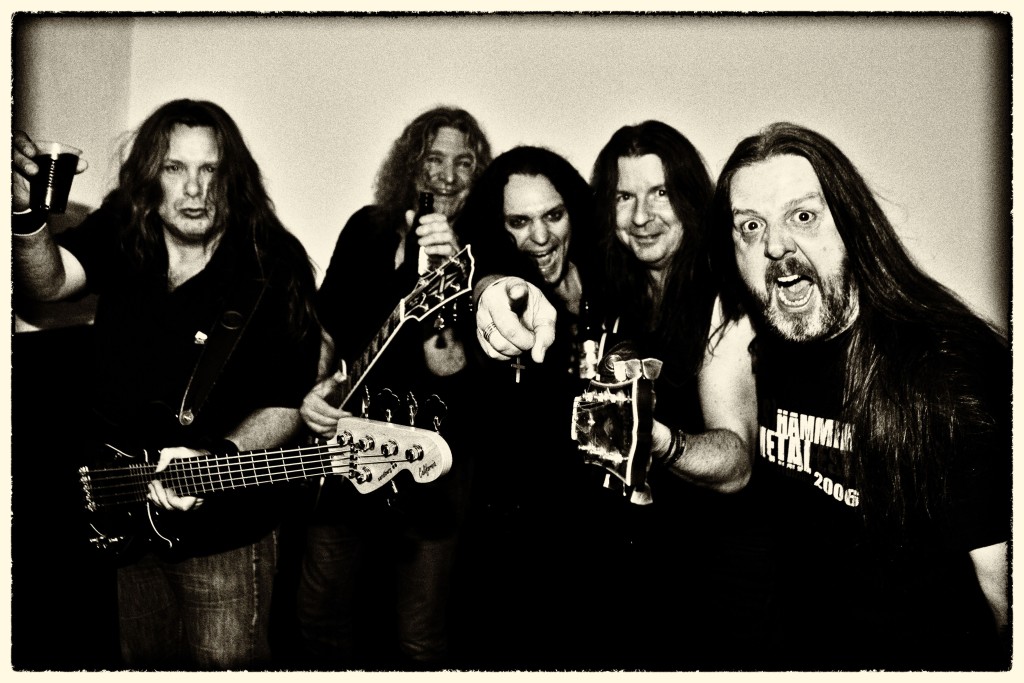 As a heavy metal musician for so many years, do you still have something that you would like to see happen in your lifetime with Tank?

It would be great to see TANK climb to the level it deserves. We’ve put so much work and effort into keeping the band alive over the years even when faced with so many obstacles.

We’ve never earned any money from being in TANK. In fact we’ve lost quite a bit but we do it for the love of the music and the camaraderie of being in the band and travelling around the world playing our music to the fans. And drinking beer of course!

Any last word to the readers of Bonavox Magazine, The Netherlands?

We’ve stayed faithful to making the style of metal that we specialise in and continually strive to make it even better with every album we release.

We think that ‘Valley of Tears’ is our best work so far.

Give it a listen, we hope you enjoy it and come check us out at a live show.

The Mighty TANK Rolls On!