There is a German speed/thrash metal band who are excisting already more then 30 years, and I have to say in 2017 they will be exactly 35 years in the metal scene. We are talking about the band Tankard. They released about 16 albums and played live all over the planet. Time to ask Gerre, (Andreas Geremia) some questions about the past of the band, and the plans for the near future…. 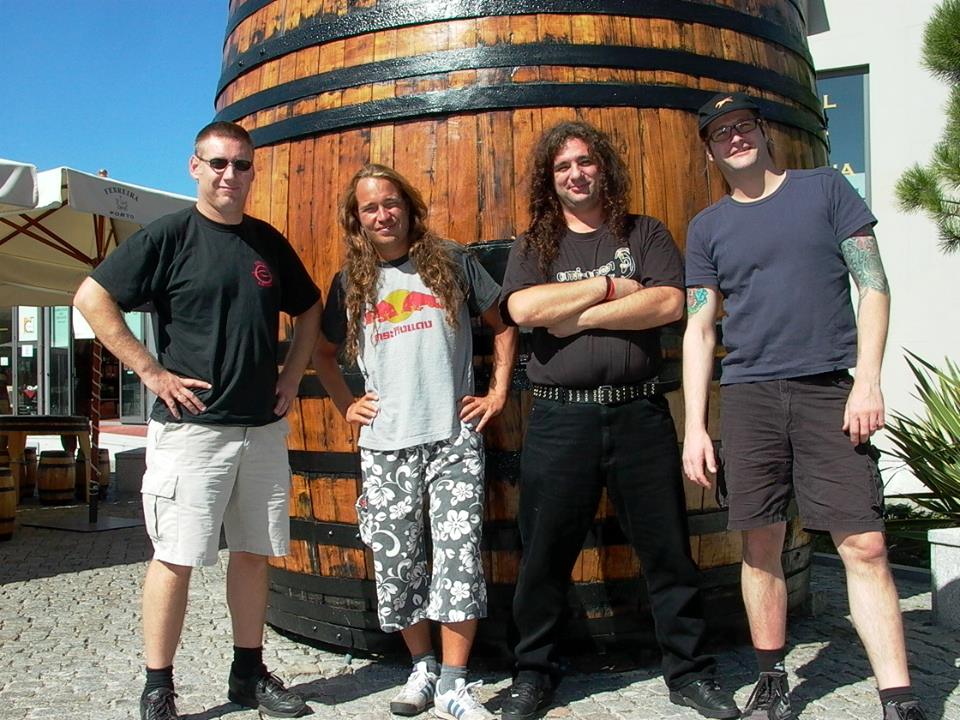 Gerre how are you doing at the moment

I am very busy but I am fine and look forward to play the next Tankard shows!

As far as I can remember we played in the beginning of last year in Eindhoven and Leeuwarden and had a really good time. We really love to play in the Netherlands, the fans are very enthusiastic and you have a great developed metal scene. We always enjoyed our shows in the Netherlands and really always love to come back!

Any other shows Tankard is doing in the near future

As we all have regular jobs we only can play 30-35 shows a year, but we are always busy. This year we go to Norway an Italy and play some shows in Germany, in February we go to South America again to do about 8-10 shows especially in countries we have never been too.

What about a new album, any news you can tell us

At the moment there are no new songs, we plan to bring out our next album in 2017 to celebrate 35 years of Tankard! 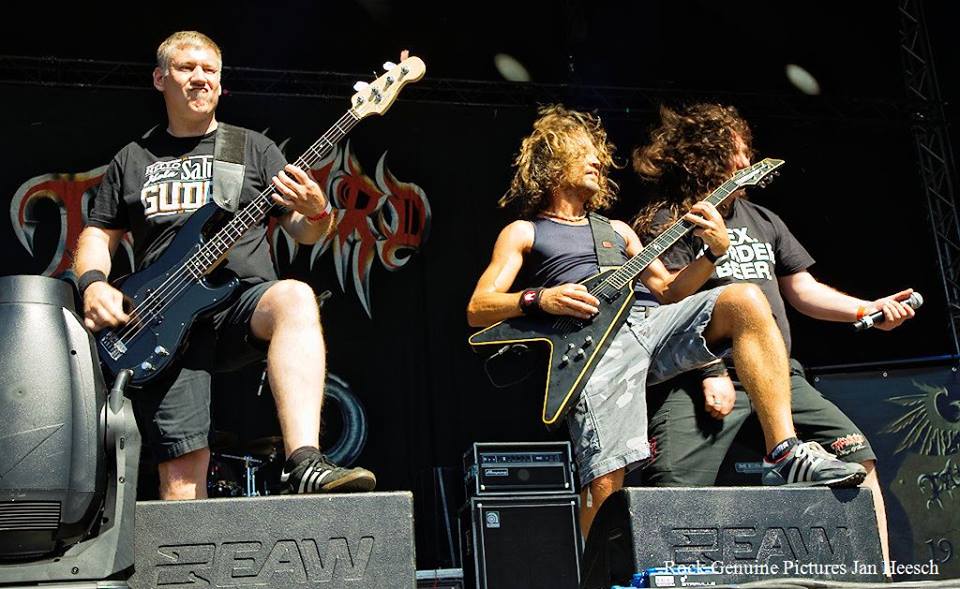 You are already a long time in the heavy metal scene. Is there any story, something special that happened during the years you want to share with us

We are really proud to be still a part of the metal scene, we had a lot of good times, saw many different countries, met a lot of great people in the scene. One special moment was really to hold our very first record in our hands, so next year we have 30 years of Zombie Attack, a fantastic feeling, everything started up with that album!

The band started in the 80´s. To be a Beer metal band or Alcoholic Metal band, or Kings of Beer band, is I think a right chosen idea, because for a metal fan there are most of the time 2 things that are important, that is listen to metal and drinking a beer. That is like a car that needs patrol or diesel….One thing needs the other to survive……What you think about it

We just called our second demo tape “Alcoholic Metal” as a joke because at that time all the different kinds of metal were born like Speed, Thrash, Black, Poser, etc. Later on we did everything to create our image with albums like “Chemical Invasion” and “The Morning After”. Later on we wanted to get rid of our image, but we really failed. Nowadays we create a lot of parody of our own image and don’t take ourselves too seriously! But we always try to do a good mixture of funny and serious lyrics. First of all Tankard is a band having a lot of fun to play that kind of metal, but we don’t go through life with blind eyes so you will always find some serious stuff when you go through our lyrics. I think this kind of mixture really fits to us! An I really would say: Beer and Metal belongs together, that`s for sure…………. 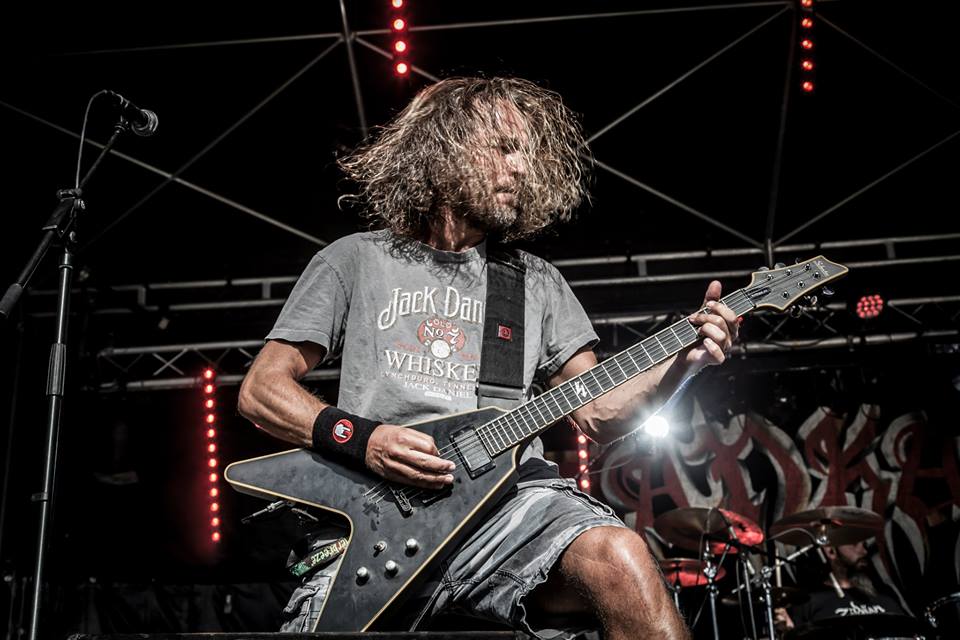 In June 2014 the band together with Nuclear Blast released the album `R.I.B.` can you tell us something about the album and how it was received by the press and fans around the planet

It was great to work together with Michael Mainx again. The new albums sound a little bit different to the last one, but it is again a good mixture of heaviness and transparence, the guitar sound really kills. Michael is the best producer ever I had concerning the vocals, he really kicked me ass and I have to give everything, so I really love the result!

The cover art was made by Patrick Strogulski, he was a student of Sebastian Krüger, who did a lot of artworks for Tankard and we really love his work. To bring back the mad professor from 1987 was an idea of our manager Buffo. I think it really fits to the album title. We are really proud that we were able to release to official video-clips for that album, so you have to check out the videos for the title track “R.I.B.” and “Fooled by your goods”. The reaction of the fans and the press were quite good and we entered the official German charts on place 41, this is really big success for a Thrash Metal album! 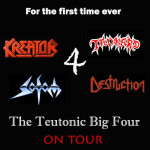 Is there any chance to see this again, maybe on a festival next year or so….? The big 4 or maybe The Big 3….

We just had it in Spain and Germany at the Summerbreeze Festival and I would love to do that again, we are ready for it. The problem is the organization, because each band has its own plans and dates, but I really look forward to have it again!

How did you find years ago this great guitar player, Mister Andy-Andreas Gutjahr? I knew him from German Heavy metal bands; Creed, Seventh Avenue and Lightmare

As far as I can remember we did an advertisement and invited a couple of guitar players. We checked them all and played a couple of songs with them. Later on we discussed everything and decided bring Andy in the band, a really good decision I have to say after 17 years playing together with him!

What are your own favorite bands, to name a few 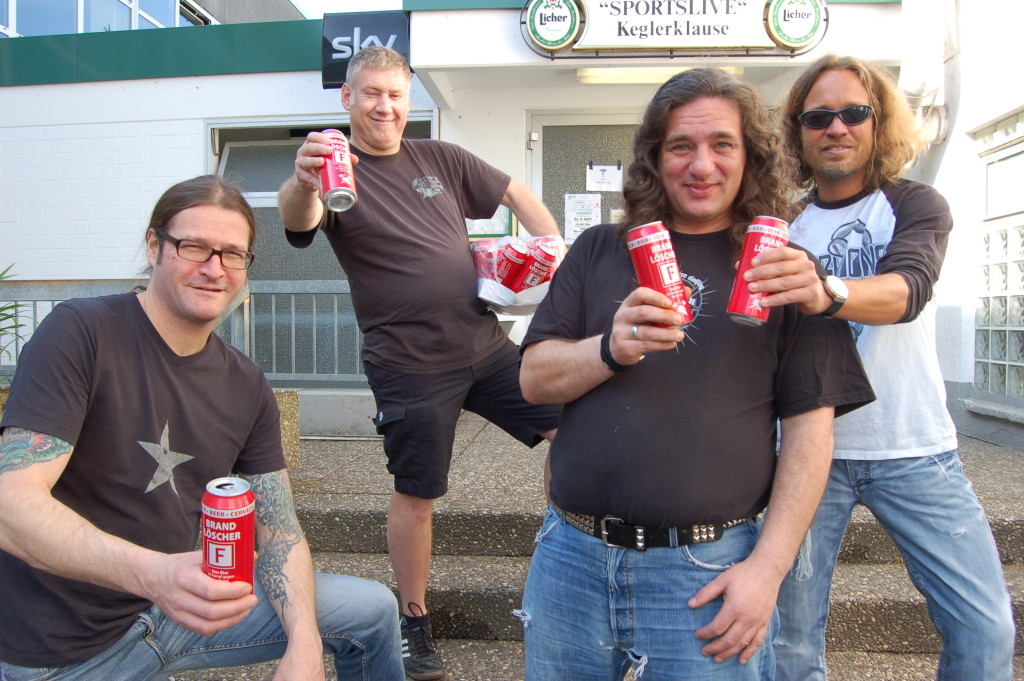 Are you guys still drinking a lot of beer before-after the show? And what are some of your favorite beers? Besides of course Binding beer from Frankfurt

Sometimes it happened, hahahah……………….our favorite beer is always the one we get in the backstage room, because it is for free! We love to travel all around the world and taste the different kind of beers! When we are at home of course we drink Binding beer!

We really have a developed metal scene, there are a lot of younger bands and we have one metal pub called “Speak Easy”, sometimes I work there as a DJ!

Frankfurt, the famous Bundesliga soccer club Andy, our manager Buffo, Franks Wife and me has a season ticket and as far I can I also travel to away games. When the teams come into the stadium the still play our song “Schwarz-Weiß wie Schnee”, that is really a great feeling!

Are you into soccer? Are you looking Bundesliga soccer on TV or live in the stadium

I really prefer to watch the games live, that makes much more fun to feel the atmosphere very close!

Any other hobby´s besides playing in Tankard 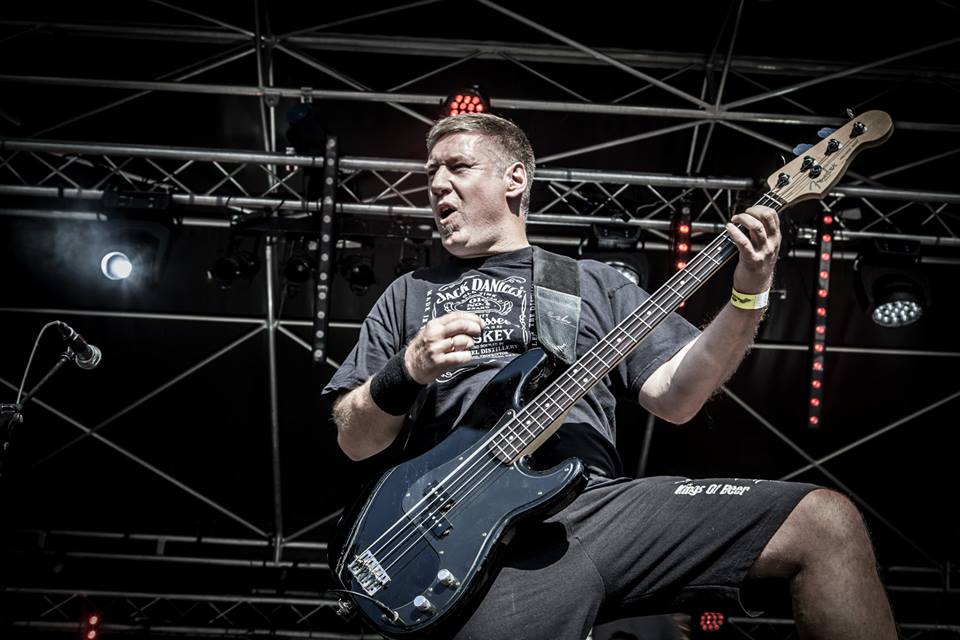 You have achieved already a lot with the band during all these years, you played on the biggest stages, playing with the greatest metal bands around etc. Do you or the other band members still have some kind of dream, what could or should still going to happen, concerning Tankard

There are still a lot of countries we have never been too, so there is still a lot of work for us! We really would love to play in Africa one day, playing in China, Canada, Korea, and and and………….you see we still have a lot of dreams!!!!!

No never! In 2000 we had really a hard time because I had an operation at the ton sills and I was not able to sing for a couple of months……….but we never really discussed to quit the band. Personally I really could not imagine a life without Tankard, so we are looking forward for the next 33 years!

How does the band after all these years: album after album, show after show get the power and the strength to just carry on making this great and strong speed-thrash metal

We still have a lot of fun to play that kind of music; I think this is the most important thing! As we all have regular jobs we don`t have to live from the music, so we are total independent and free in what we are doing, That is really a great advantage over, the only sad thing is that we are not able to play all the offers we get. But we try to play as often as possible!

Any last word to the readers of Bonavox Magazine

Thanx a lot for your great support the last 33 years, Thrash Metal will never die and we all meet us in hell! Cheers!