After a really great, strong and solid gig at Rock Alive 2015 from this Polish hardrockers with a handsome and Charasmatic singer/vocalist from The Netherlands Martyn Krale. We had to interview their bass player: Wojtek Karol. 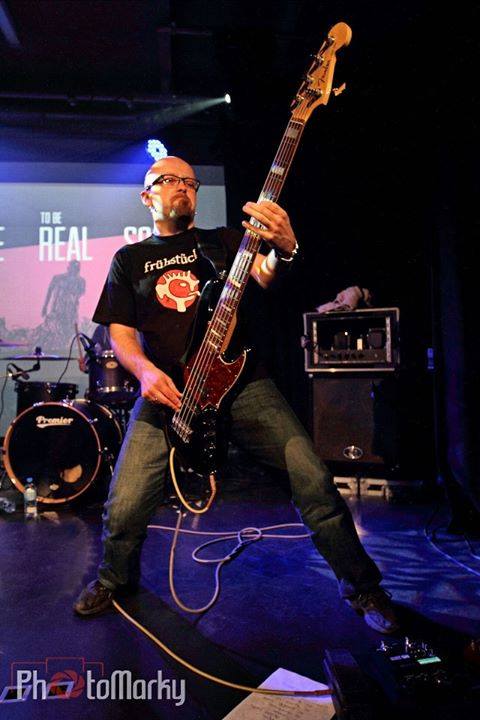 How are you doing Wojtek,

You are living in a big city in Poland, Wroclaw, how is the rock/ hardrock metal scene in your city?

Wroclaw, is one of the greatest cradles of the good music

in Poland 🙂 In fact we have many great musicians engaged in many good projects. The rock stage is doing alright, however, it seems to me that rock stage life in Wroclaw is not as intense as it used to be.

You just visited The Netherlands and Germany for some concerts, how was the trip and can you tell us something about the concerts/festival you played?

Yes, we love coming back to Holland and Germany, it’s awesome to play here for you! This time, we’ve had a massive pleasure to play a few club

events and The Rock Alive Festival – which was a great, well done initiative. I hope it’s just the beginning of something bigger. This year we were privileged to share the festival stage with many great bands, however what was the most exciting for me was: the mutual adventure with legendary Jerusalem. Remarkable band, wonderful people! I’m so happy that I was finally able to get to know them. 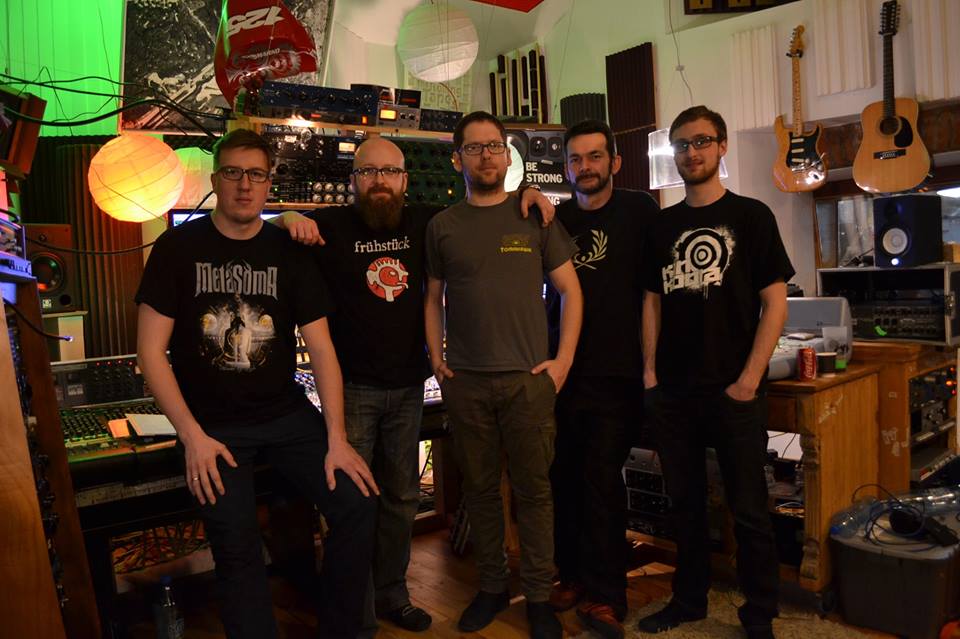 Fruhstuck is for a rock band maybe a little bit of a strange name? did you ever hear from people that they cannot imagine that you play rock n roll with a band name like: Fruhstuck?

Yes, many times… 😉 Well, the name was invented almost 20 years ago, so it’s a bit  too late to change anything… 🙂 Although, I must admit, nowhere except for Germany does it surprise people so much. It sounds hard and coarse, and looks good with all those diacritics such as ‘ü’, only few people really know what it means… 😉

How do you describe the music

of your band and which bands are the main influence for Fruhstuck?

for me to classify music, especially my own. I don’t have such an ‘analytical’ distance any more. We just grab our instruments and naturally we create the Fruhstuck music. Everyone of us has absolutely different roots and fascinations of music. Nevertheless, what joins us together is with no doubt music of King’s X and U2. What comes out of the mixture of our musical personalities usually sounds a little bit hard and heavy, a bit groovy, yet at the same time it’s very harmonic and melodic. Definitely, one of the most essential factor of our music is the sound.

What are a few of your own favorite bands?

As I mentioned, my perennial idol is King’s X. I love their music

side-projects of the band’s musicians, especially the guitarist – Ty Tabor. Whatever he records always makes massive impression. Although the Doug Pinnick’s last project – KXM – recorded together with Georg Lynch and Ray Luzier truly kicks ass. I love Marc James and his music – unforgettable DUST or later VERRA CRUZ. I also like Faith No More and Mike Patton’s side-projects. I often come back to MEGADETH, especially to the records from the period of cooperation with Chris Poland or Marty Friedman. I like Glenn Hughes and his projects; such a great bass player, such a great musician! I like ELEVEN

, GALACTIC COWBOYS, OZZY or ZZ TOP as well. As you can see I like various things 🙂 And as a musician educated in classical music, I’m a huge fan of Bach 🙂

The band went to a studio in the Polish Mountains, near the Czech Republic. You worked there with a known engineer/producer in Poland. He is working with the biggest metal bands in Poland like: Acid Drinkers and Hunter. How did you get in contact with him?

Yes, I’ve known Jacek Milaszewski for many years. We cooperated with many different projects, both in concerts and in the studio. This album is another record which we’ve created together (Jacek was a crucial figure in recording and sound producing of QUIET and STORY). I’m happy about it, since we really get on well with each other. He knows our music

, our sound esthetics, he perfectly understands our ideas. It’s a huge comfort to give recordings in his hands. Plus, he cooks fabulously 🙂 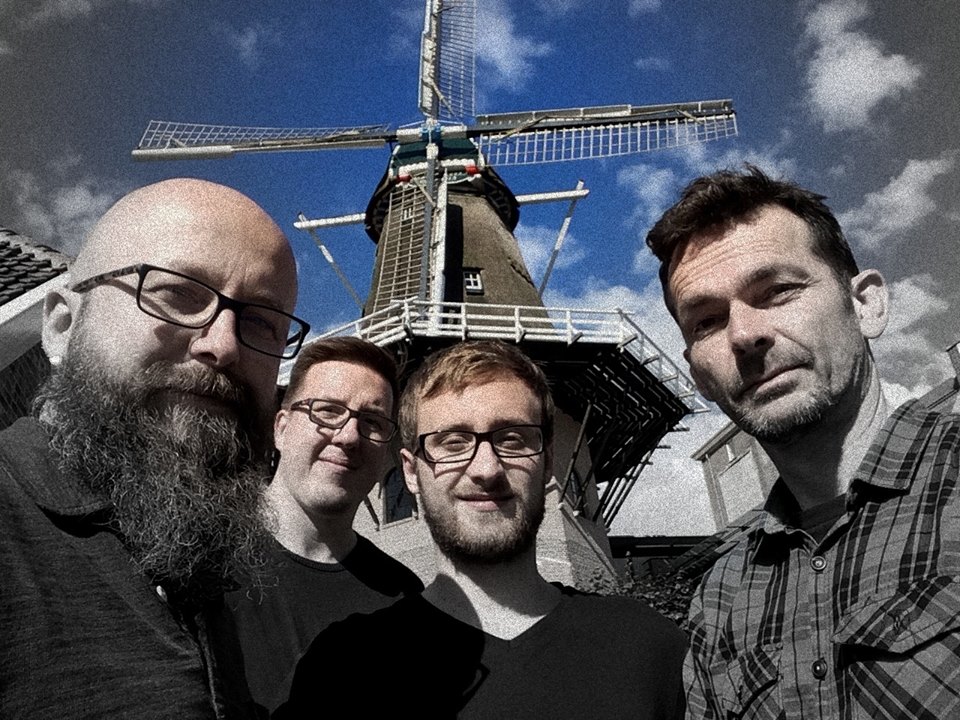 What about the new album?

oh, yes, I can’t wait for it! The new album is called BROTHER. It will differ from the previous ones, since it’ll be a double CD album. First CD will content several songs in a strong rock esthetics as usual, and the second one will be a mini album with acoustic versions

of a few songs from our earlier albums. As I mentioned, Jacek Milaszewski is responsible for rock CD recordings, and Robert Szydlo – my perennial music

idol – is in charge of acoustic recordings.

The band/Musicians are from Poland, your singer/vocalist Martijn is living in The Netherlands. How do you organize everything, with a member living in Holland?

Yes, it’s a new situation for us. Martijn has been living in Holland for two years now. Earlier for several years he lived in Poland, therefore we had a lot of time to work out our musical esthetics, to learn each other and to learn how to make music

together. Now, it’s a bit different, undoubtedly harder. However, we practice regularly and play concert together thanks to the cheap airlines 🙂

How long do you play the bass, already? Did you start

playing this instrument when you were young?

I’ve played the bass since I was 15 it means over 25 years… 🙂 It is the third instrument I learnt to play. The first one was piano and then classical guitar. But it wasn’t until the bass I discovered: this is it! It’s what I’ve been always looking for 🙂

In what other bands you played before you joined started

There were just few of them. Since ever I was most focused on Fruhstuck. Yet, I had the privilege to record the first two CDs with OCEAN (OCN nowadays) titled “12” and “depressing songs about nothing”, the album  “Chat” by  HURT and the album “ECHO” by KUBA LECIEJ, which will be released very soon. I played concerts with OCEAN, HURT, PSYCHE-TONK as well as MATE.O and a long time ago with an old school rock’n’roll band TAJNA BRON JERZEGO 🙂 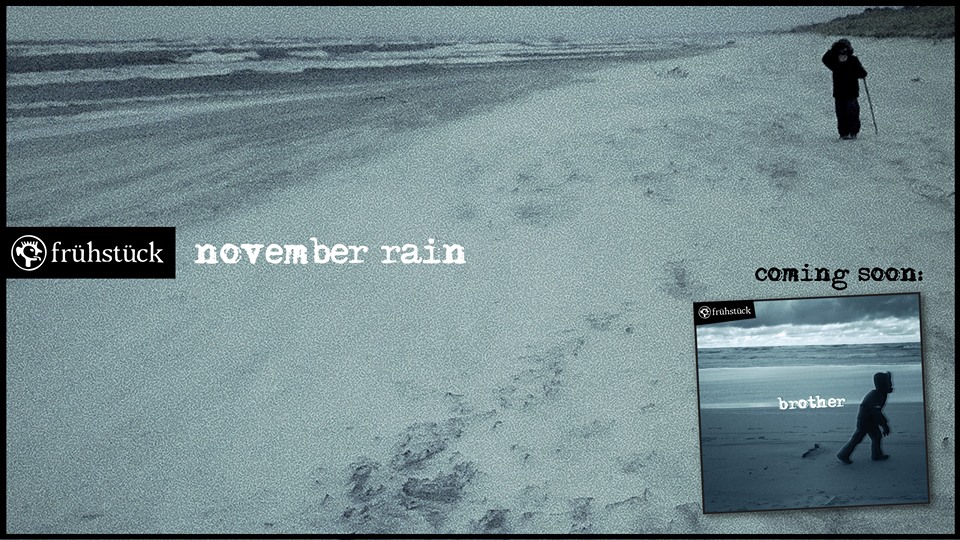 Any other hobbies you have beside being a musician?

No, other hobbies. Music

Any dreams you have in mind for the future of Fruhstuck?

I would love to play as a support band along the King’s X’s tour across Europe.

In Poland your cd’s are well distributed, via Media Markt, Saturn

and Empik. What about promotion/distribution in Holland?

Our last three CDs were released in Polish Luna Music. And we’ve worked together at European distribution.

It’s great you exist! It’s so good, there are still rock’n’roll fans who listen to other music

than the one that is broadcast by mainstream media 🙂