The Greek melodic metallers INNERWISH will release their new album entitled “InnerWish” on March 18th in Europe and North America via Ulterium Records. The album will be available on CD, LP, Tape and digital. Bickee Music will issue the album in Japan on March 30th.

The song “Rain Of A Thousand Years” from the album can be streamed at Youtube.

The album was mixed by Fredrik Nordström and Henrik Udd at Studio Fredman [In Flames, Dimmu Borgir, Hammerfall] and mastered by Peter In De Betou [Arch Enemy, Opeth, Amon Amarth]. The artwork of the album was created by Felipe Machado Franco [Blind Guardian, Rhapsody Of Fire, Xandria] and the design was done by Jan Yrlund [Korpiklaani, Apocalyptica, Manowar].

The band comments on the new album:
“This is the first album with our new lineup, and we hope this lineup will be unchanged for many years since we now feel stronger, more confident and sure about ourselves than ever before. For those reasons we chosed ‘InnerWish’ as the title of our new album, because it represents us in the most exact way. We are very proud of this album. It might sound very common, but it’s the truth for us: this is the best InnerWish album so far! Heavy, aggressive, modern, melodic and diverse at the same time, with all the classical InnerWish elements, combined with some new ones. It might have been 6 years since the release of ‘No turning back’ but all the difficult times we’ve been through made us stronger and the result is this new, fifth album of InnerWish. We are back for good!” 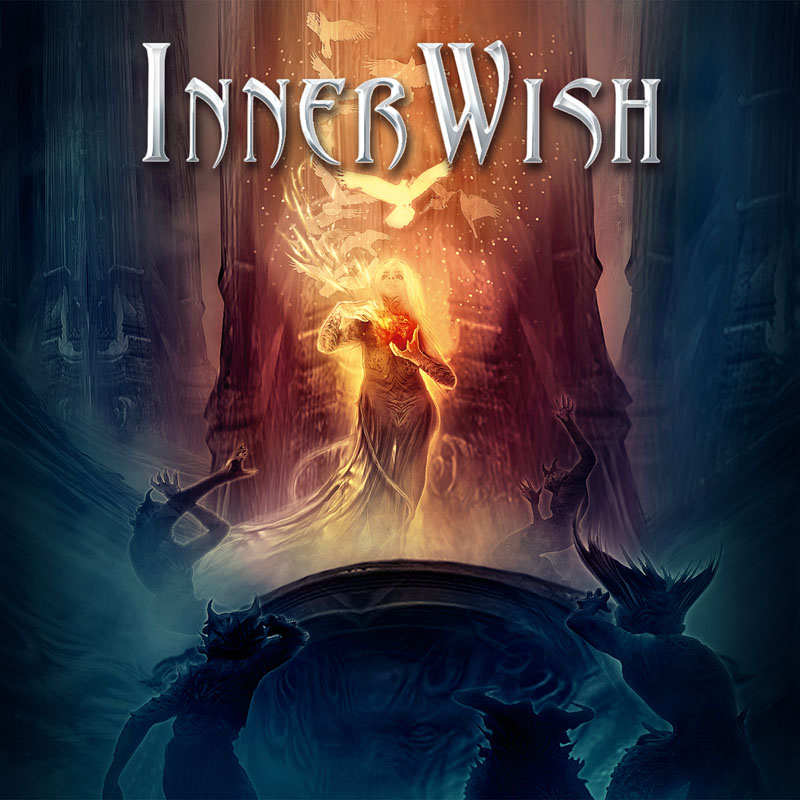