Wouw! It should be around 1989 when all members of Morgoth scrapped all there money they could find to finance the demo called: “Ressurection Absent” to finally give it to Robert Kampf, who just started his own Record Company…Called Century Media..Then you guys signed the deal with him…..Please tell us about this historic time…in Death Metal history!– We met Robert on a concert. He played with his band Despair in Dortmund. We talked to him and gave him our first demo. After a while he asked us to do the opening act on a show for Despair. Allthough this was our very first gig, we had incredibly good responses from the crowd. I think this was the initial moment for Robert to sign us.

Happy in the Tourbus: 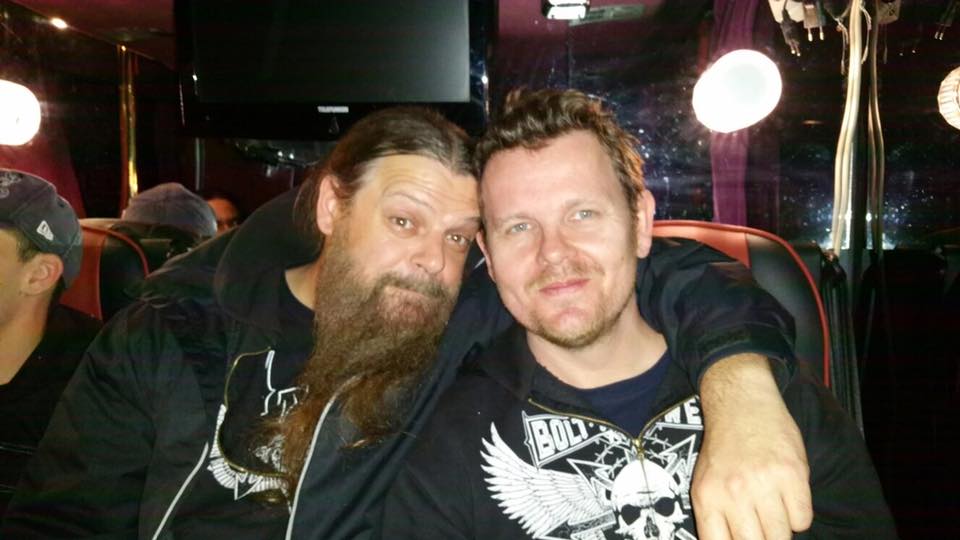 Going on tour in the beginning of the 90’s with Pestillence and Autopsy and later with Obituary and Demolition Hammer etc. Can you tell us about these of course great times for you as Morgoth and also this time when you travelled with old busses, bad food, no normal showers etc, etc..Somehow we could think that it was not well organised in that time, or maybe unprofessional? What made these times so special for you and a lot of other metal bands back in those days….?– Most of the shows today still suck, haha.But seriously, 25 years ago there wasn’t a professional organized concert or music scene in most parts of Europe like nowadays. You had to improvise in every situation. For example, today you can rent a 9 seat tour vehicle with air condition, leather seats and a flatscreen including a play station. Back than this was absolutely impossible, we travelled in the shitiest vehicles, never knowing if we would make it to the next show.Any other anecdotes or something special you remeber about the ‘old’ days, back then, you want to share with our readers..?– Far too many to place them here 😉 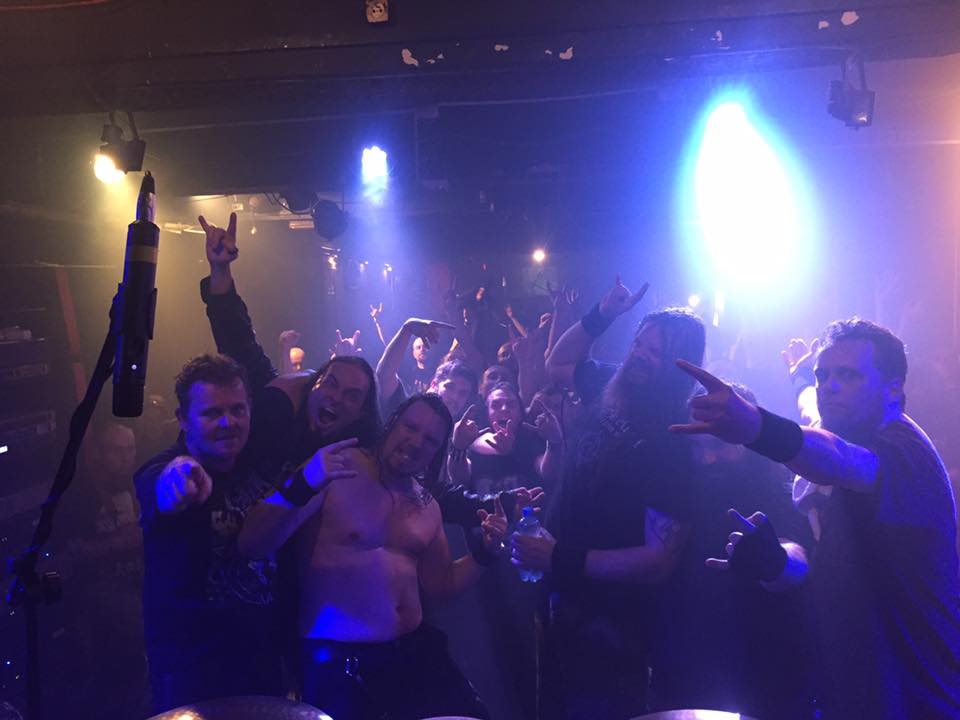 In 1996 the band recorded the third album: “Feel Sorry fort he Fanatic” with some steps to a more Industrial sound with help from: Die Krupps and Richthofen. Did you and the band think that this new style in that particular time could be a new and good step for Morgoth or was it just something natural..?– At that time it was a natural developement for us. We wanted to try something new, and we wanted to go a step further. Unfortunately the fans were not ready to walk this way with us. Today I  can understand this reaction, because the stylistic change from Odium to Feel Sorry was just too drastic.Please tell us what happened with the band and its members after 1998?– After our split, we all walked different ways. We moved to different cities, worked in regular jobs or finished studies. Somehow after 13 years the band played at the famous and legendary Wacken Open Air in 2011.. How the guys met each other again and why the band was re-formed again..?– The main reason for the reunion was the 20th anniversary of the “Cursed” Album. Sebastin called me on christmas 2010 and asked me if I could imagine to play some anniversary festival shows in 2011. I told him to give me a week to think about it. I phoned him the next day and said: “Allright let’s do it!” 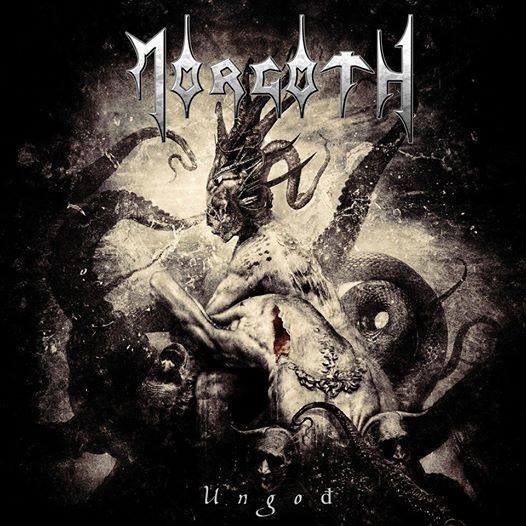 With the newest album “Ungod” the band signed again with Century Media, that is I think something to mention. After all these years they picked you guys again to release this new album, that was I think great news fort he band..?– Yes, we were really happy to have the possibility to release “Ungod” on Century Media again. A lot of people from the early days still work at Century. It’s more like a big family and we are really pleased wirh the situation.Is there anything the band wants to share with the listeners, I mean Lyrically?– I think the lyrics on “Ungod” are all worth to be recognized. We spend a lot of time in writing lyrics. If I should pick a single one, I would suggest to take a close look to “Traitor” or “Snakestate”.

Morgoth and friends on tour: 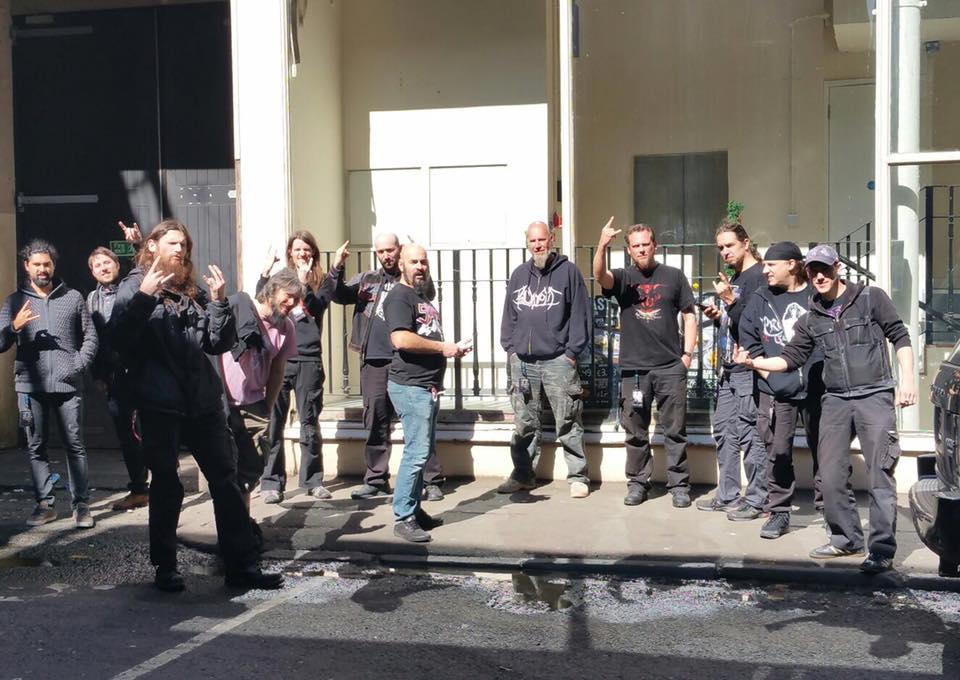 The band just toured with Incantation, Dark Rise, Methedras and Omophagia. Please tell us something about this tour, the other bands and how you think about the differences between touring in the 90’s and now anno 2016..?– The tour was really great. The members from incantation are real cool guys and we had a lot of fun together. I think the main difference between touring in the 90’s and nowadays is: Today most things are well organized and everybody knows about the job he has to do. In the 90’s nothing was well organized an nobody knew shit about what to do, hahaha.I saw you guys play at Stonehenge indoor festival, Holland this year. You played with Gorguts. Really great show guys, I liked it a lot. Anything you remember from this show and please share wit us what you and the other bandmembers think about the Dutch Death Metal fans…?– We really enjoyed the Stonehenge show. A really well organized festival. Nice people there, a great location and an awesome crowd.

After party, with a good beer.. 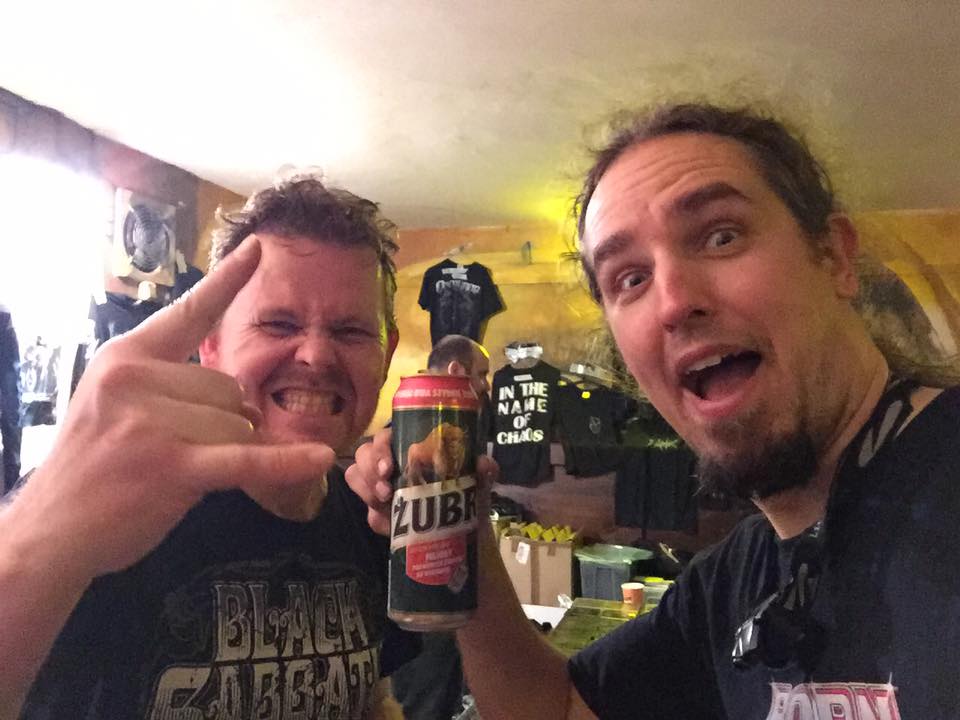 Any other shows planned this year and what about a new album..Already writing new songs..?– We’re gonne play a show in Romania in August, and we are working on some shows in South America.Yes, we are already busy and writing on new songs.Do you have any last word tot he readers of Bonavox.nl?– Support MORGOTH and stay brutal!