Dear Snicken, how are you doing and how is it living in Sweden..?

I actually live in Hamburg, Germany most of the time but living in Sweden is good I’d say. It’s easy to take living in a (mostly) functional democracy for granted. We pay high taxes but that’s a good thing as long as it ends up in the right places. Lots of people tend to demand a lot but they’re not willing to pay for it.

Probably you are sitting with a beer in your hand Saterday before the TV to watch the Eurovision Song contest 2016 from Stockholm…Ha…ha…?

Please tell us about the new album: “The Machine, The Devil & The Dope”, where is it all about musically but also Lyrically?

It’s straight forward, fat and dynamic heavy rock with lyrics based on the reality we have and see around us..you know, the everyday struggles, horrific news on tv presented in a glossy package, our self centered superficial lifestyles in a cruel world that runs on money. There’s something there for everyone ha ha. 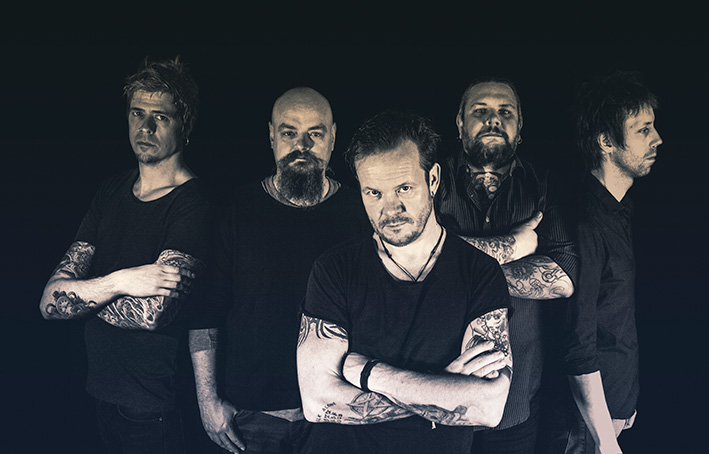 It’s great to see that you found a new home at SPV/Steamhammer, please tell us how it came to be…?

Our former label quit their label division so today they only do distribution so I started terrorizing SPV with messages about us needing a record label. We met up, had a few beers, sent them some songs  and eventually we sealed the deal. It turned out that they knew and liked the band since before. We’re very happy to be there, it’s a good rock n’ roll label.

The Release of the new album will be 20th of May, 2016. Just before the release you will start a small German tour with Deville..Aready excited to Rock the people in Germany again…?

Absolutely, we’re super excited to get out and play the new songs.

What about playing live in your own country Sweden and the rest of Europe?

We always enjoy playing live no matter where, it’s what we like the most. Sweden is a little different compared to many other countries, we don’t have the same awesome live scene there. It’s a shame, coz there’s a lot of good bands that should be heard more in Sweden.

Did you ever play in The Netherlands..?

Yes but far from as much as we’d like to. We played in Coevorden and Kerkrade..that’s it. We don’t have a booking agency for the BeNeLux…got one?

People always want to know or compare a band with these or that band.. Everyone interested can read on internet that you sound like a mix between; Black Sabbath and Monster Magnet..But that’s in my opinion a bit to easy…How you would from your perspective describe your music and what are some of your own favorite bands, to name a few..?

It’s always hard to compare yourself with other bands, it just comes out wrong I think. I sometimes say that we are a mix of everything we’ve listened to when growing up and that means a lot. It goes from Robert Johnson to Chuck Berry to Led Zeppelin, Alice Cooper, AC/DC, Judas Priest, The Cult, Soundgarden via Sex Pistols and The Exploited…and everything in between…to name a few…there you go, haha! 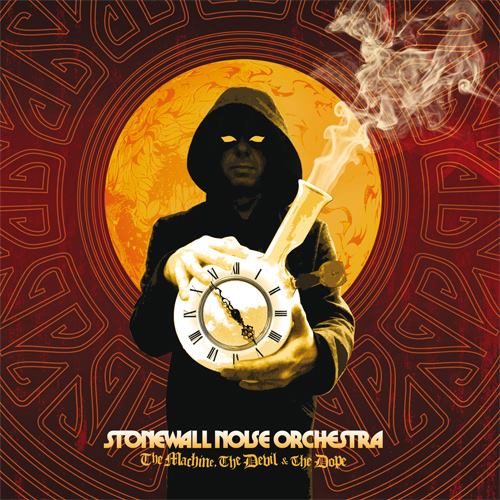 When I listen to your music I have even sometimes a kind of Kings X and Trouble feeling…That’s maybe the power or spirit that is…music…? 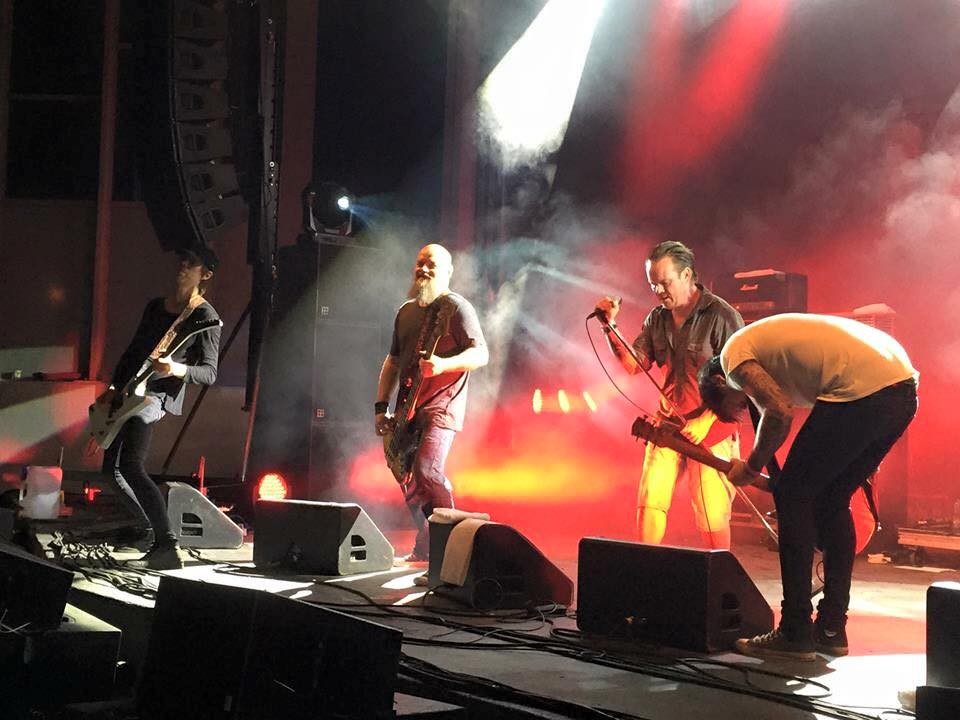 The new album sounding really fresh and it’s full of energy. It’s just pure Rock and Roll. It would be nice to see you guys in Holland, for a live show. But when I listen to for instance a song like; Don’t blame the demons or I, the servant…It’s more then only music to rock too. There is more then meets the Eye…?

Rock is a good way to deal with bullshit I think. It’s a positive and creative place to put your energy in. It brings people together. You see? Rock rules! Ha ha! 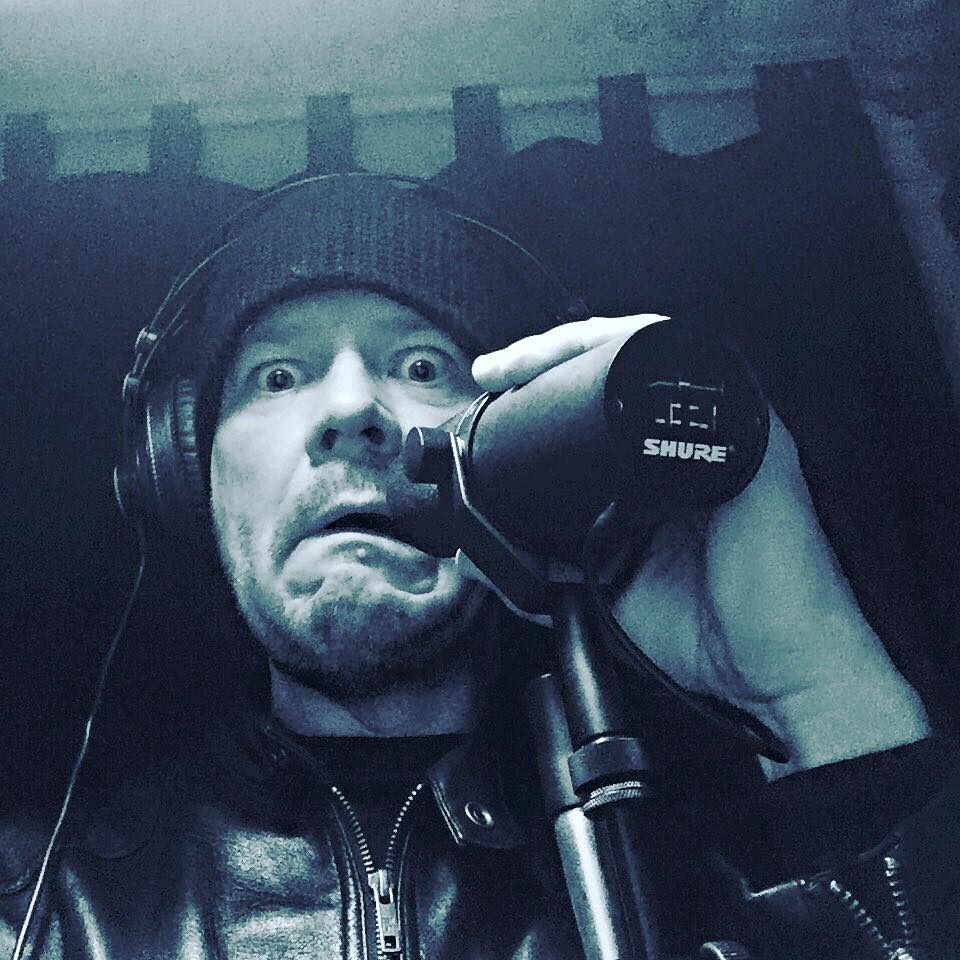 Where our readers can find all the info about S.N.O.?

Well, I must say that facebook is where you´ll be updated quickest. The official website is at www.snoband.com

Book us and we’ll come!