The English band SALEM will suprise all Metallians and Hard Rockers this year with their new album “Dark Days”. Founded 1979 in Hull -out of the ashes of ETHEL THE FROG- SALEM has played numerous festivals like BROFEST, Play it Loud, Very Eavy, Headbangers Open Air, Rock You to Hell, BÄÄÄM, etc, and gigs across Europe and even in Dubai, since they reformed in 2010 after a long silence. “Dark Days” is their third album following the 2010 “In The Beginning…” compilation of 80s tracks and “Forgotten Dreams” in 2013 (both released by Pure Steel). After the CD release in April 2016 follows the album “Dark Days” in a limited edition of 250 black copies with insert on vinyl. The new album, with powerful songs and majestic melody lines, reveals a wide musical range with hints of RAINBOW, THIN LIZZY and UFO. ‘Not Guilty’ and ‘Lost My Mind’ are perfect examples of this. Heavier songs include „Tormented’ and ´Second Sight´, and they daringly include the likes of ´Toy Story´ – but all songs will delight you with fine guitar playing and the outstanding vocals from Simon Saxby. The eight minute long epic ´Nine Months´ is a highlight composition that many bands would only dream about in their whole time of existence but never will be able to write.
So try SALEM if you haven’t already done so! 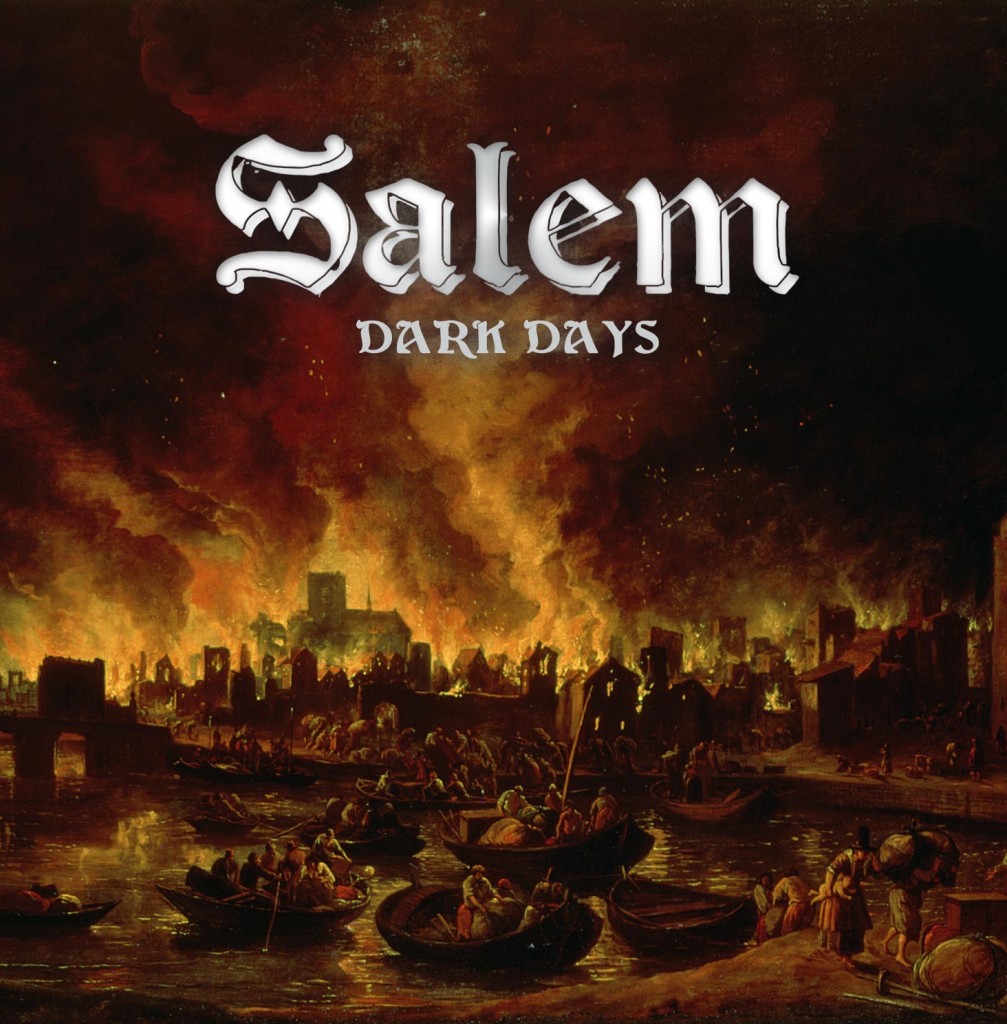