Dear Jan Bunning, how are you doing?

I could say I am doing great, everything is fine bla, bla, bla, but the truth is at present I have to struggle with some personal issues like everybody else on this planet! So the fight goes on! J

How is it to live in a big city like Hamburg?

I guess Hamburg is one oft he „smallest“ big cities worldwide as you always meet people you know wherever you go! I really love Hamburg because we have an big harbour and I love water and it´s one oft he most „green“ cities. Just around the corner of my work there is a big park called „Planten & Blomen“ where I go in my lunch break and sit to have some peace. We have a lot of culture in Hamburg and also a lot of bands. Unfortunately the last years many Metal Clubs closed because of gentryfication the club owners can´t pay the rent anymore. So that´s the downside of a big city…

There are coming a lot of heavy metal bands from Hamburg, but can you say that there is a big metal scene in this big old German city, Hamburg..?

Of course there is a big Metal scene in Hamburg and shows of Accept, Dirkschneider and the bigger bands from Hamburg like Helloween and Gamma Ray are always sold out or close to sold out. But I always have the feeling the smaller bands from Hamburg like us always have to struggle more for acceptance than the ones from e.g. Scandinavia even though we have a very good live reputation all over the world. I don´t know, maybe that´s not really a problem we only have in Hamburg, but it´s maybe more a German „problem“. 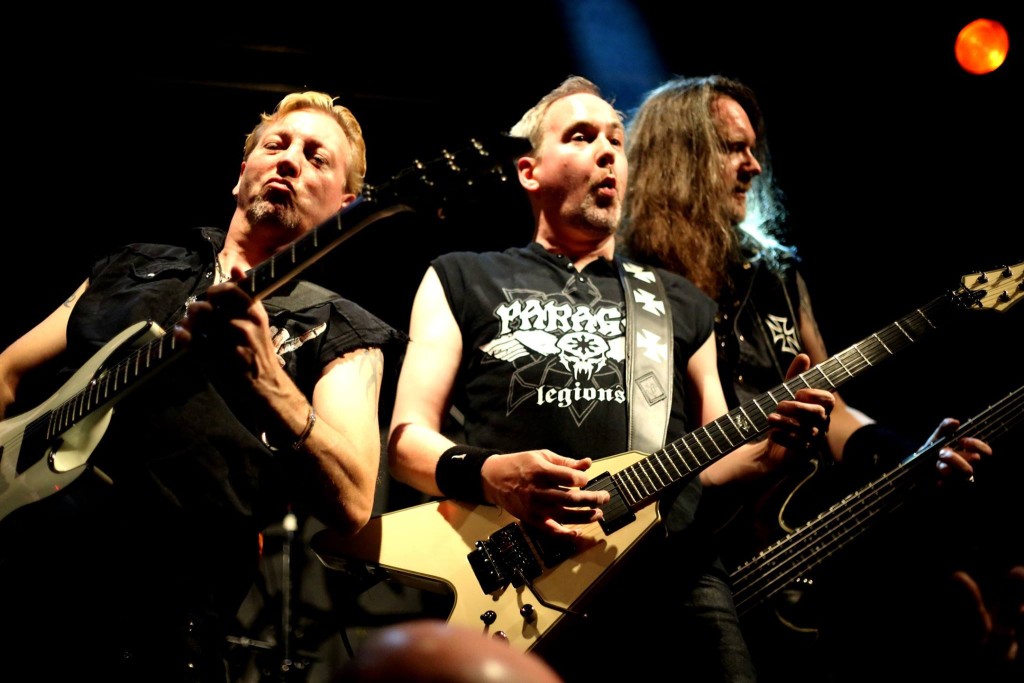 Is there any kind of friendship or at least contact between all these bands?

We are friends with bands like Shadowbane, Black Hawk, Gamma Ray and of course also Iron Savior. Our drummer Sören and our guitar player Jan even help out  Iron Savior when Thomas and Piesel can´t play, but all in all I also would love some more unity and less jealousy and for sure more respect for each other. On the other hand there are not too many „new“ classic Metal Bands except for Shadowbane…

You just played some time ago in our country, Holland, at the Very Eavy Festival. Please tell us how it was to play this great Festival in the north of Holland?

It´s was really a pleasure to play in the Netherlands again as it was only the second time we played in your beautiful country at all. We had a very warm welcome from all the Metalheads and it seemed there were a lot of people who only attended the festival because of us and we sold a lot of merch and made some new friends. Hopefully we return soon and if anybody reading this is interested in booking us, please get in contact with us via Facebook or our official webseite!

Some time ago the band released a new album called: “Hell Beyond Hell”, how was the album received by the press and your fans?

Almost all reviews by writers and reactions by fans are really good so far and even seem to be better as for „Force Of Destruction“ which was already highly acclaimed. Compared to FoD we changed the way of writing songs for HbH. We had a lot of demos for HbH already on the harddisc of my computer, but decided to work on them again the „classic way“ by jamming in the rehearsal room, trying out different things and drinking beer. So when we all were satisfeid with the songs we went into the studio and made the album 100% like we wanted to make. No compromises to anybody else but us! We could have done FoD Part II easily, but on HbH wanted to have some details different and we also wanted the sound to be fresh and raw. Of course it´s still 100% Paragon, but with some „evolution“! 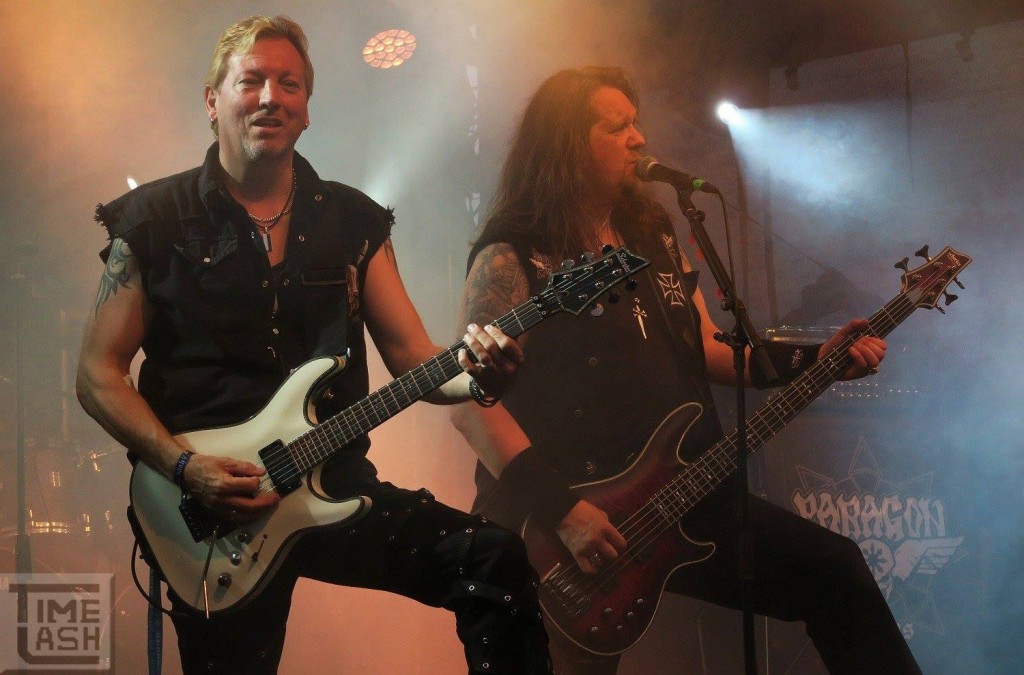 Hell Beyond Hell sounds like a really dark album, is there anything you want to say with the album, I mean lyrically wise?

In the past our singer Buschi wrote some concept stories like „Law Of The Blade“ and  „The Dark Legacy“, but this time it´s the same as witht the music: He wrote most oft he stuff while we were in the rehearsal room and played the songs live. So the topics are all different there is horror stuff like „Meat Train“, „good friendly violent fun (and not to be taken to serious)“ like „Stand Your Ground“, songs about gen manipulation like „Buried In Blood“ and Rising Forces“, the dangers of internet addiction like „Hell Beyond Hell“ and I think the best lyrics and song combination is „Devil´s Waitnroom“ which deals with the horrors of war.

In 1995 the band released their debut album: World of Sin. After 11 albums and so many years on the road so to say, where or how you still getting the energy from and this strong blood of heavy metal that still is beating through your vains..?

To be honest I don´t now – hargh hargh! The past years the „Metal-Business“ changed so much that it is really not easy to survive as underground band, even though we are one oft he bigger ones. We had a lot of letdowns the past years but maybe that was also fuel for our fire?
It´s still very exciting to hear the finished album after we worked on it for month, read the first reviews, get feedback from fans, play shows in front of crazy Metalheads and meet with them after the shows. I guess it´s really in our blood! 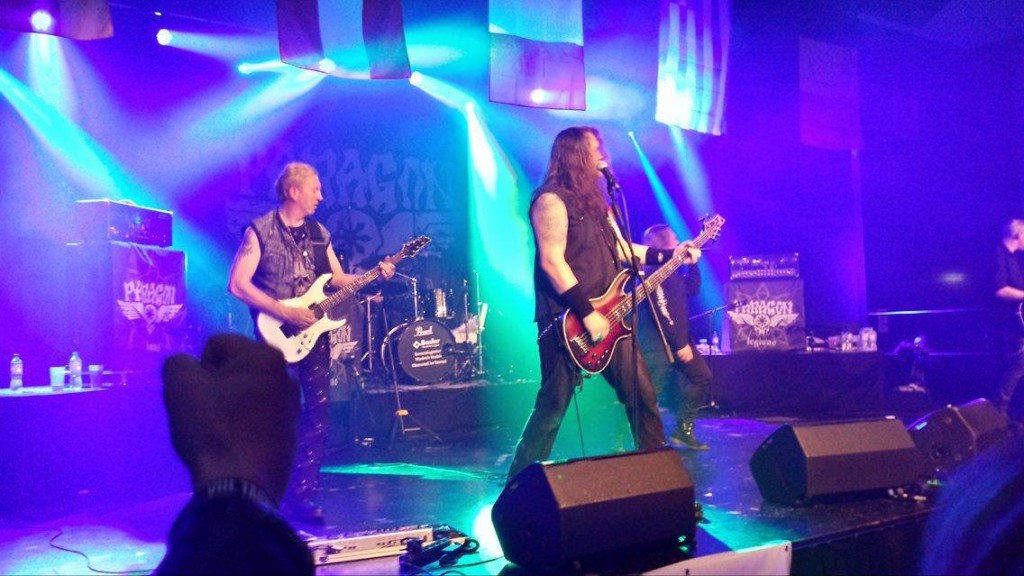 Any new shows planned for the near future?

We played couple of shows for HbH already and we also have  confirmed some more shows for 2017. Furthermore we plan to visit Italy, Spain and Portugal in the near future and hopefully will do mire shows with some friends from Hamburg in Germany. We are always open for suggestions: So if anybody wants to book us send and offer to booking@paragon-metal.com.

Any nice or funny anecdotes you want to share with us, remembering the long Paragon years…?

Puh.. there are of course a lot and there are many I can´t tell ha ha!
We once had a little tour which was organized by our current record company Remedy Records. One show was cancelled so we drove to next venue right away and started to drink there. The next day weh ad the show and played, because of shitty promotion there weren´t to many fans but all three of course pleayed and gave 100%. Ando f course we also drank alot (again). So after the show the owner of the place went to Jörn of Remedy and told him we had a huuuuuuge bill with all of our drinks we should pay. So Jörn just told everybody to rush into the bus and off we drove! It´s was just like the famous scene in Blues Brothers..

I guess bandwise I can say most of us like Judas Priest, Accept, (old) Maiden, Candlemass, Exodus, Slayer, Metal Church, Trouble, Overkill, Mercyful Fate and a lot of these old US Metal stuff like Helstar, Savage Grace, Hexx, Omen.

I think my private record collection is about 80% Metal, but sometimes I also like some other stuff like old Hardcore, Gothic and Rock but most times the classic stuff!

Any band in particular you would share the stage with, any dream that has to come true..still…?

I am sure we all would love to play with Priest and Accept! 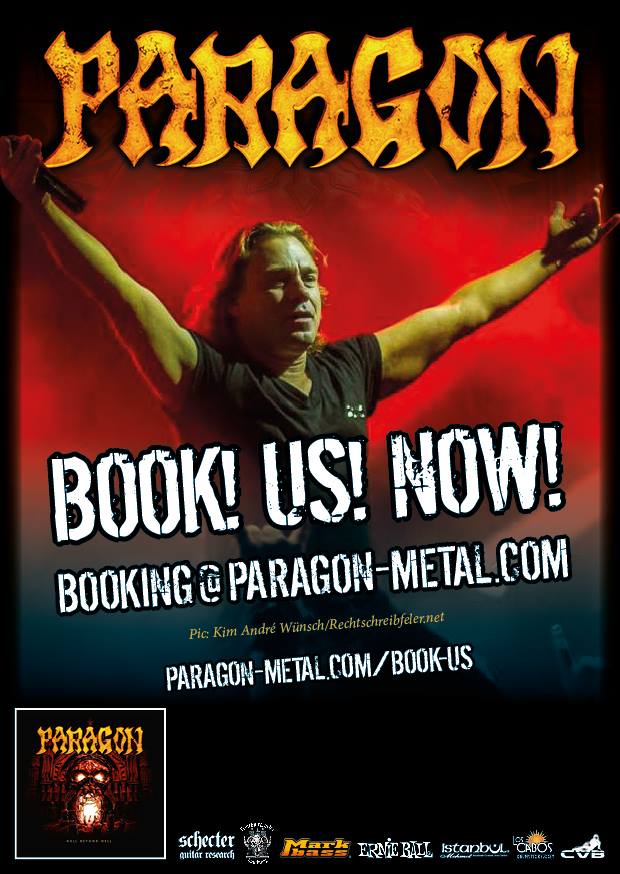 Do you have any last word to our readers from Bonavox.nl?
Yes sure – thank you for reading this interview and we hope you check out our official Facebook at www.facebook.com/paragonmetal and our official webpage www.paragon-metal.com. We love to stay in contact with our fans!