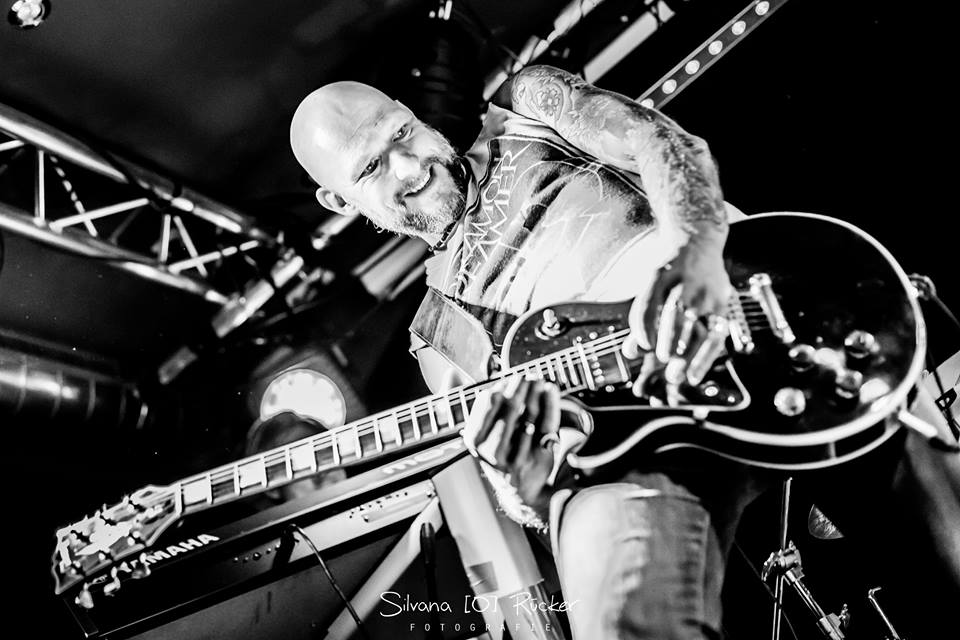 Hello Joachim, how are you doing in Dusseldorf..?

Hallo Heiko. Thanks, I’m fine. We’re about to release our new album and I’m happy that the work is done and curious what’s going to happen next.

I just had a look on the internet, what’s happening in Dusseldorf as it comes to heavy metal. There are some great metal bands coming from this city and some clubs, bars, café’s. Is there a big rock and metal scene in this city and surroundings..?

Yes, you’re right. Many bands are coming from Dusseldorf and the big cities around Dusseldorf, like Deathrow, Warrant, Sodom, Kreator Holy Moses and so on.  But not only Dusseldorf is the place of Rock’n’Roll. The big cities in the west that we call “Ruhrgebiet” is also the area where the German Thrash Metal developed in the 80s. The contact between the bands of that area is quiet big. Assassin and Sodom are still big friends, for example.

You where joining the band in 2009, how did you know that they where searching for a new bass player and how did you got finally the job to be the new Assassin member..?

Beginning 2009 I was invited to some party in Dusseldorf. On this party I met the foreign bass player of Asssassin, Ufo Walter whom I know for a couple of years now. He was asking me if I am interested in doing an audition for Assassin, ’cause he ain’t got the time anymore to play with the band. I agreed to do a casting and gave him my number. For a couple of weeks I didn’t received a call and I almost forgot the offer. Once in  a while Scholli was calling me, introducing himself and asking me if I like to play a rehearsal with them. We were making an appointment, I prepared four songs, went to their place, played the songs and the rest is history! 🙂

After you where joining the band you went with the band to the studio to record a new album: “Breaking the Silence”, and the band signs with SPV Records. Please tell us something about the start in the band and about the record deal with this legendary record company SPV..?

First when I joined the band, we got an offer to play the “True Thrash Fest” in Osaka/Japan. We tried to make a small tour out of it and because we have some connections to China, we organized a show in Beijing. During that time we were searching for a deal with a record company. After we returned from Asia, SPV offered us a contract to release a new album and to re-release the first two Assassin albums that we made the “Chronicles of Resistance” out of. Before we went to the studio to record “Breaking the Silence”, SPV was listening to some demo material and songs for the new album and they totally agreed with the style of them! Last not  least we asked Harris Johns for being the sound engineer and it was an honour and pleasure especially for me who met him the first time, to work with him!

I read that you studied at the Hogeschool voor Muziek en Theater in Rotterdam, The Netherlands. Please tell us about why you choose this school/study (are you maybe from Holland)?

I grew up in a small German city close to the border of the Netherlands and I started to play guitar in the age of eighteen, pretty late, so to say. I was  so addicted to music at once that I wanted to make it my profession. I hadn’t a band to grow big or famous with so I had to search for other opportunities to become a professional musician. Some of my friends were going for a career as a musician by studying music already. I never wanted to study classical music, I started to play in a Rock’n’Roll band these days! So I chose for Jazz Music and I knew that dutch universities offered “lichte muziek” and so I came to Rotterdam. I’m not dutch, but I learned the language when I was living in Holland. Ik vond het een hele leuke tijd en ik kan nog steeds nederlands praten! 🙂 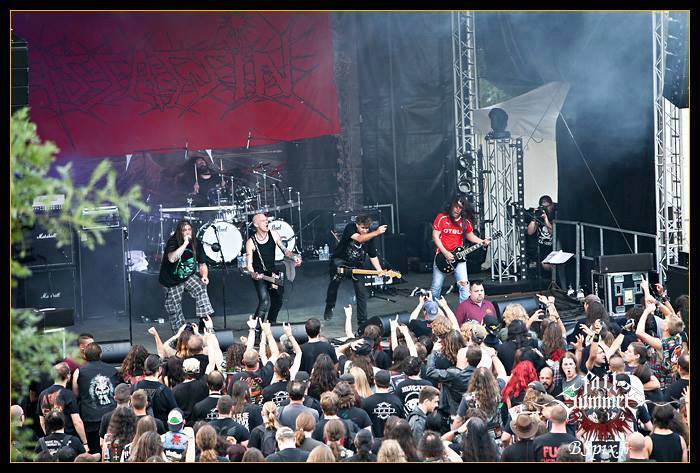 What is your musical background and what are some of your favorite artists or bands..?

I finished my musical studies with a diploma. I went back to Germany and started working at some music schools. Meanwhile I got an offer to play some Musical Shows in Cologne and Bochum, so I started being a session musician. At the same time I always played in bands doing their own music to keep me the chance to write some songs and be creative in that way. This is the part of my job that gave me the chance to meet Assassin. My favorite bands  are of course Exodus or Venom but I still listen to jazz music like Miles Davis or John Coltrane, as well.

A lot of people, think that hardrock or heavy metal, speed/thrash metal is NO music, or they don’t understand it. What can you say with your educated background/profession what heavy metal or the music you make with Assassin is all about..?

If people don’t understand this kind of music, it’s not a problem for me as long as they don’t judge the music by saying this is NO music. I can understand it’s hard for some people to get into the music, ’cause especially Thrash Metal is some kind of brutal and aggressive. But this is a sign of energy, in my point of view. And believe it or not, I take my Jazz education to use it as an influence or inspiration for the music of Assassin!

Please tell us something about the new album: “Combat Cathedral”. Did all the guys where involved in the writing process of the songs? And tell us about the production and the time in the studio etc?

This time Scholli, Micha and I wrote the songs of “Combat Cathedral”. And like we did on “Breaking the Silence”, the one who wrote the song has to play the guitar in the studio. That was a new situation for me, ’cause I played all the rhythm parts of my songs including some of the solos and the bass of course. We recorded “Combat Cathedral” in October/November last year. We wanted to sound the new album more modern so we were searching for a new sound engineer. We decided to work with Marc Gortz, guitarist, band leader and producer of Caliban, the German Metal Core band. He gave the production a new impact of old school Thrash with a modern sound, so to say.

What about the Lyrics.. Are they as important for Assassin as the music. Or it’s Rock and Roll and the rest is half so important..?

Music and lyrics mostly are developed apart from each other. Most of the time the music comes first and Ingo is writing the lyrics for the first given song. At this point of the song writing process it starts some kind of a co-relation or conversation in between. If some parts of the song doesn’t fit to the lyrics, we change the music, for example. Or it comes out that one part of the song is not the chorus anymore, ’cause it works better as a bridge and so on… The lyrics are not only a blah blah or something like that. We always want to tell a story., But it’s not meant that seriously. The themes can be funny, ironically or simply aggressive. 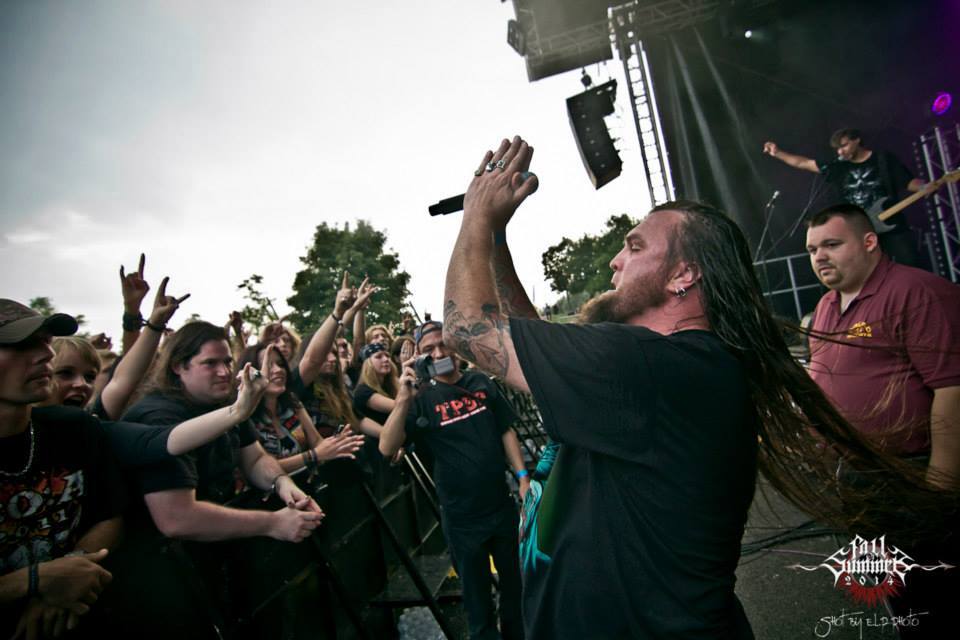 Are you touring after the release of the new album? And what about a show in The Netherlands. Any plans?

The release of “Combat Cathedral” is abit late in the year, so we don’t have the chance to play the big festivals, unfortunately. But we got several offers for late summer and autumn this year and we are playing Thrash Or Be Thrashed Festival in Hamme/Belgium on 17th of September this year. There is another show at the Night Of Disaster Festival in Heilbronn/Germany on 8th of October and some try out gig in Krefeld before. For all other upcoming shows you are welcome to visit our homepage or facebook page: https://www.facebook.com/AssassinOfficial

Is there anything, something that’s on your mind, something maybe special that happened with your walk with Assassin you maybe want to share with us?

There are too many to number! 🙂 But the show in Santiago de Chile in September 2012 was one of my favourite ones, I would say. The show was completely sold out and even the police was outside the venue to calm down the people, the promoter was telling us before we started. “Breaking The Silence” was a number one album in the Chilean Metal Charts and the audience was proofing us how big fans they are this night. Chilean Metal fans are really die hard and kick ass!

Any Hobby’s or something you do beside playing in Assassin, are you a full time musician?

I’m a freelancing musician since almost twenty years now. I did many different jobs as a musician as I told you before. I’m working as a music teacher for Music Academy/Germany at the moment and I’m playing guitar in a Classic Rock band, as well. Last year I was on tour in the USA with Nervo Chaos, a Brazilian Death-, Thrash band from Sao Paulo. When I don’t play guitar or bass I like to read a book or do some sports.

Any dream with Assassin, maybe to play with a special band that’s on your mind live on stage or Festival you would like to play on..?

We played a lots of international gigs. My dream with Assassin would be to do a world tour. But first of all I want the new Assassin album to be successful, of course.

Any last word to the listeners of Bonavox.nl?