Dear Graeme Leslie, how are you doing? 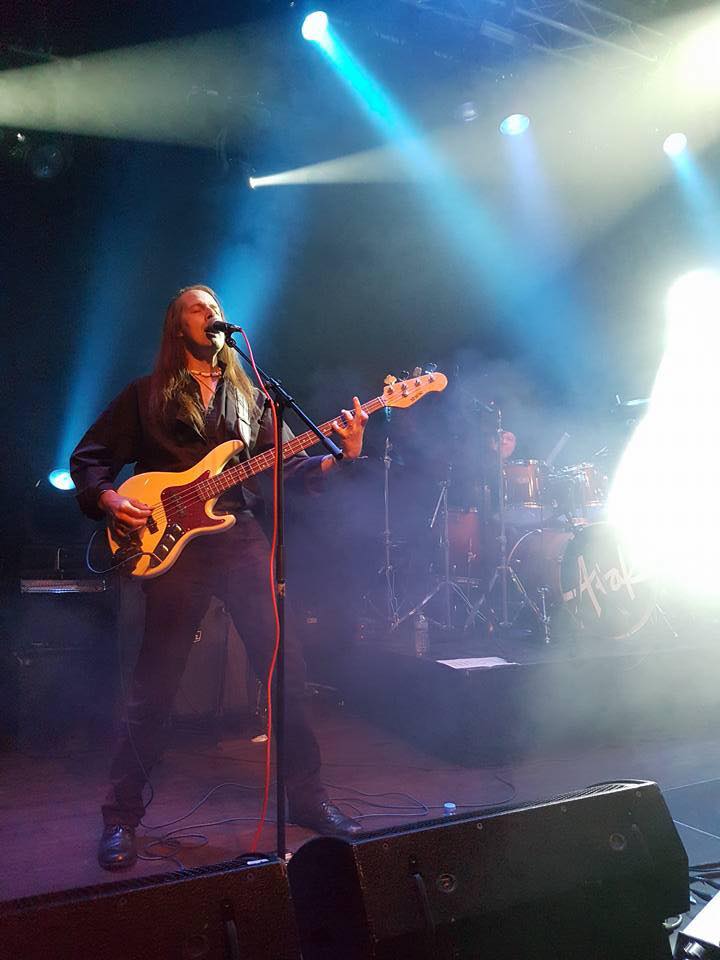 Please tell us something about the place/city where you live in. And how the hardrock/metal scene is in your area?

I live in an area of the Midlands in England where the likes of Sabbath, ELO, Priest and many others come from, it’s quite a rural setting which is away from the hustle and bustle of the City – the live scene is quite vibrant, although mainly dominated by covers bands and tribute acts – there are a few venues where bands who play original material can play, which is great – one place being Scruffy Murphy’s in Birmingham where we will be playing on the 4th Feb next year.

You just came back from The Netherlands, where you played with Stairway at the Rock Alive Festival, atak, Enschede. Please tell us about the trip to Holland, The Festival and what your thoughts are about the venue, Atak?

We had a good time in the Netherlands, the venue was exceptional and a great place to play. I’ve been to the Netherlands before for a holiday some 20 years or so ago and this trip really cemented in my mind what a lovely and welcoming place it is.

Rock Alive festival was a joy to be involved with and it was great to meet up with the fans and some of the other bands we’ve played with in the past.

The new album: “Power and Glory” was released in May 2016. Tell us about the writing process, time in the studio and how the album was received by press and fans?

I get lyric ideas from things that are happening in the world or from stories I’ve heard – I tend to sit with the guitar messing around with chord structures, and ideas for songs come from that.

We recorded the album over a couple of years and mixed and mastered the album with Greg Chandler at Priory Studios who I think has done an excellent job! 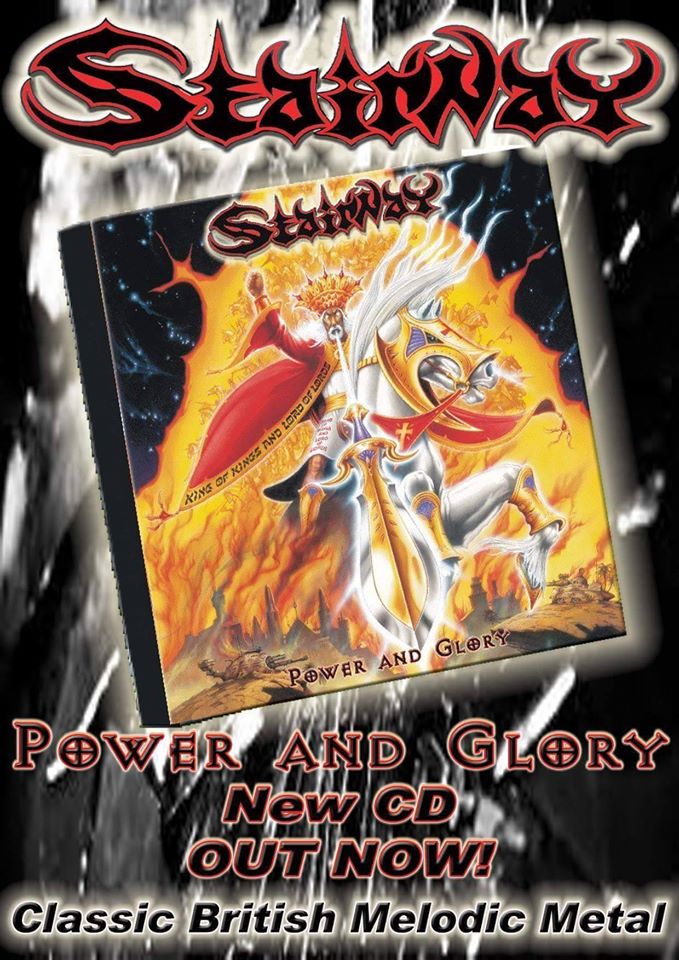 Mister Rodney Matthews was again responsible for the cover of the album. He did album covers for; Asia, Seventh Angel, Eloy, Nazareth, Thin Lizzy etc..How did you ever got in contact with him, I think you know him personally. Please tell us something about this master artist, Illustrator of Sci-Fi/fantasy..?

Yes, We were fortunate to have another Rodney Matthews piece for the album cover – our first contact with Rodney was through Kingsway Music and our debut album No Rest:No Mercy which he did for us.

I know Rodney more on a professional basis when talking about covers and designs for Stairway albums; I was privileged to be invited to the opening night of an art exhibition of his work earlier in the year; I have to agree he is a master and one of the best fantasy artists around today – a true genius.

You signed in 1990 a record deal with Kingsway Music. Please tell us about being in a hardrock/NWOBHM band in that time?

It was great, and just before the grunge period began, so we were playing a lot of gigs all around the UK meeting lots of different people and playing all sorts of different venues, a real blast! 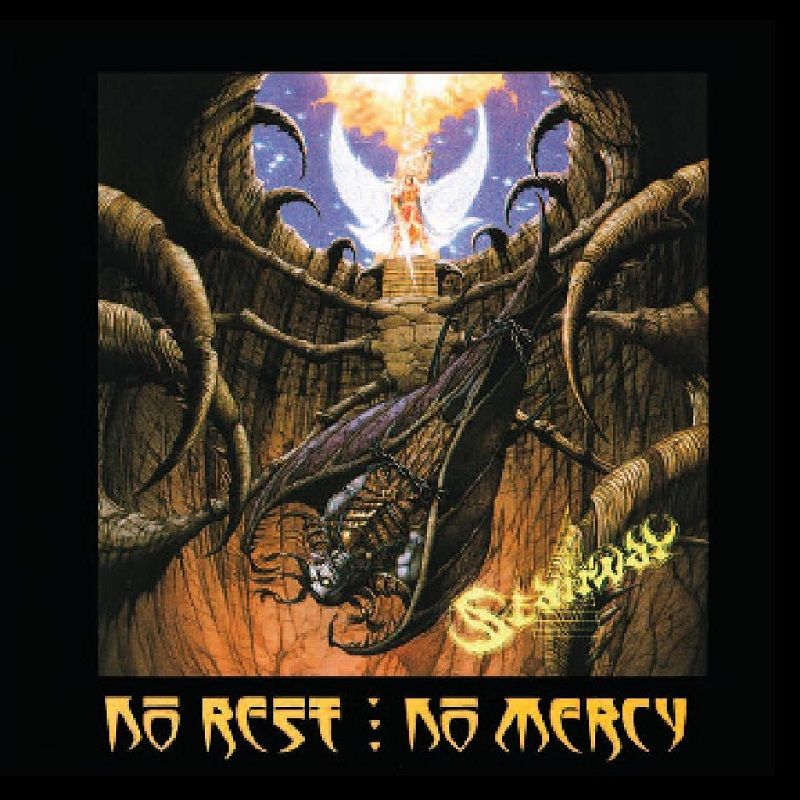 In 1993 Stairway released the first album on Kingsway: “No Rest, No Mercy”.This album was produced by: Paul Hudson, known from Hard Rain and Bob Catley. with this album you came into the Japanese charts at # 48. That was a good start after all….?

Yes it was a very good start for us, and gained us a lot of interest in the band from places that we wouldn’t have been able to get into had the album not been made available in Japan and the rest of the world. It’s been a steady progression year on year since then and we’re looking forward to the next chapter in the bands history.

You played live with: Blaze Bayley, Blitzkrieg, Whitecross and a charity gig with Dave Hill of Slade being the surprise guest, etc. Please tell us how it was playing with these great bands/artists..?

It has been a real privilege to have played with these iconic bands and artists, and great to be able to watch them in their element when they are on stage and may be learn a few things from them in the process. 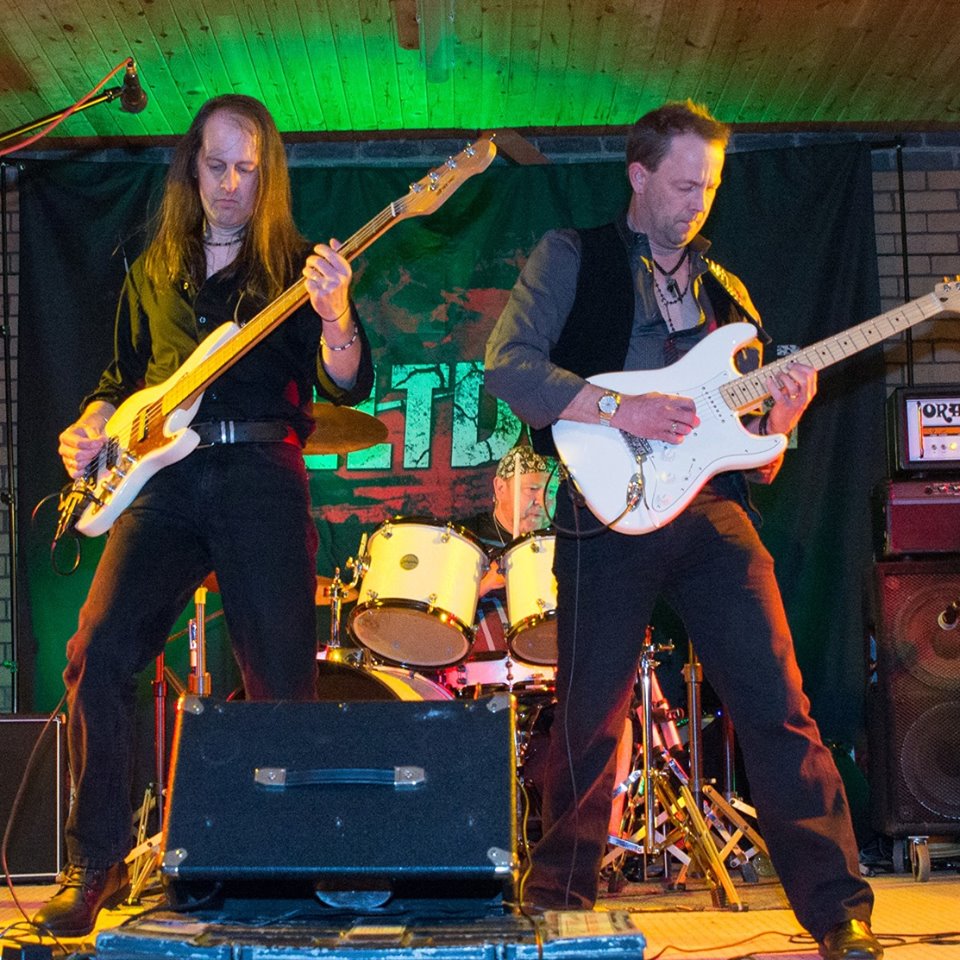 Some of my favourites are Queen, Priest and of course Maiden, and then there’s Muse who I think are one of the best at the moment.

Yeah, I would like to thank all our friends and fans who have supported us all these years and for your interest in the band – you can find out more about the band from our FB page at www.facebook.com/stairwaytheband and our website at www.stairwayonline.co.uk

Many thanks for the interview