Please tell us something about your hometown and the rock/prog/heavy metal scene in your erea..?

I was born and raised in the town I still live: in the beautiful South of Holland: ‘s-Hertogenbosch. While growing up here the music scene was prominent. We had our own well-known festival where I saw my first gig ever: Helloise. We had our own venue called Willem II, a Rock radio station Banzai and several bars that played hardrock. Allied Forces was a local band I looked up to in those days.

Today it’s kind of different, the festival and the radio station stopped and so did the bars. W2 (a.k.a  Willem II) is alive and kickin’ but it’s less metal orientated as it was before and I can’t think of any well known band from my hometown today. But I guess the scene is just as alive for the kids today as it was when I grew up, I probably just don’t notice it anymore. 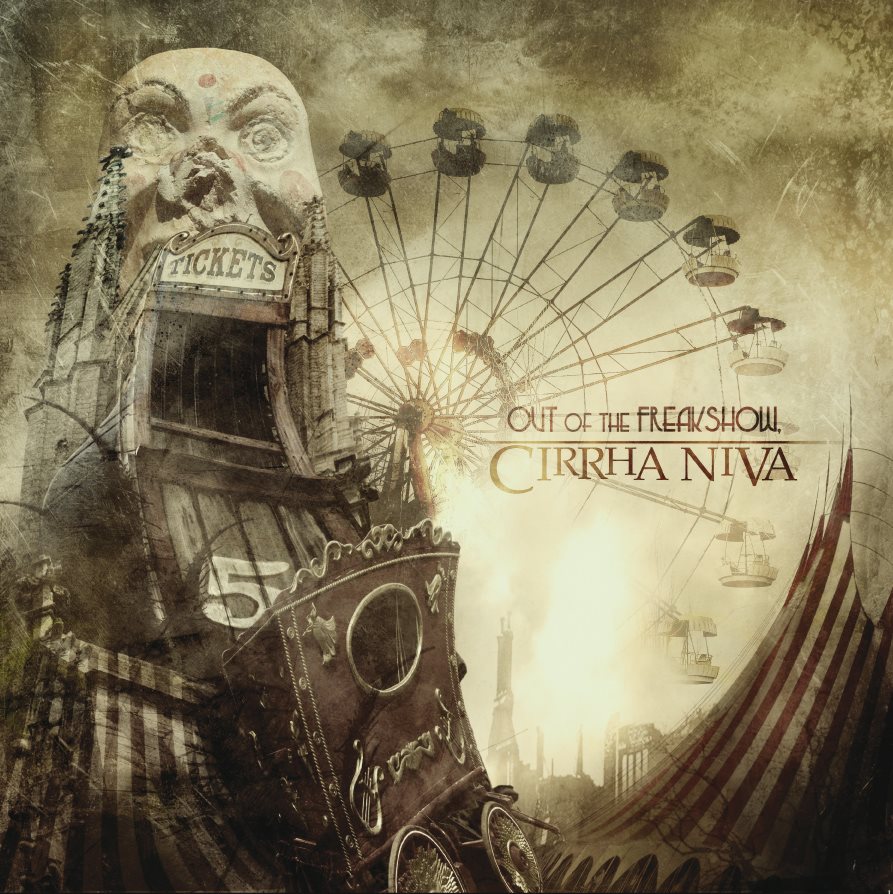 The new album: “Out of the Freakshow” was released in April 2016. That’s nearly a half year ago. Please tell us how things went after the release..? How did the fans respond/react and how the album was received by the press/media?

Our album is very well received! Just got a great new review from Bravewords Canada, they wrote Cirrha Niva is probably the Netherlands’ best kept secret. Haha, we like that of course…but honestly it’s still just a review. And in this case we are lucky that someone who gave the album a good listen wrote it. We have some reviews of which it’s obvious that the reviewer skipped through the album with the FF button. It’s fine when they don’t like the album, but at least give it a try! Especially reviewers in our genre should know that not everything is revealed after the first spin. Anyway, having said this and although the majority rating is between 8 and 10, we care more for what the fans think of it! Some fans prefer the previous album but still think ‘Out of the Freakshow,’ is a must-have; others say this album tops all its predecessors. I am sure the album will gain people’s attention in the days, months, and years to come even without the huge marketing budget to promote the album, as it in my opinion deserves. At this moment we are happy with all the exposure it has already gained.

The artwork/Layout where done by Blacklake, Tilburg. How did you guys found this people and what is the company Blacklake all about?

You’d better ask the owners Mark or Merlijn what Blacklake is about. What I can tell you is that I frequently saw artworks that draw my attention. Giving it a closer look it turned out that it was constantly the same company who created that: Blacklake. I got in contact, first by becoming Facebook friends and later we bumped into each other at several festivals. It was approx. two years later we finally sat together and discussed the design of our new album’s artwork. When they heard the album title contained the word ‘Freakshow’ they turned into a fountain of inspiration. I liked all their ideas and all the sketches but most of all they turned out to be a fine bunch of trustworthy people to work with. Their artwork but also their knowhow of the vinyl pressing industry convinced us to press a gate-folded vinyl…without any regret I can say! So happy to have my own 180 gram double album! Oh, we have in fact more than one and we made them available in our webshop, so get your copy now and don’t forget to check out Blacklake! 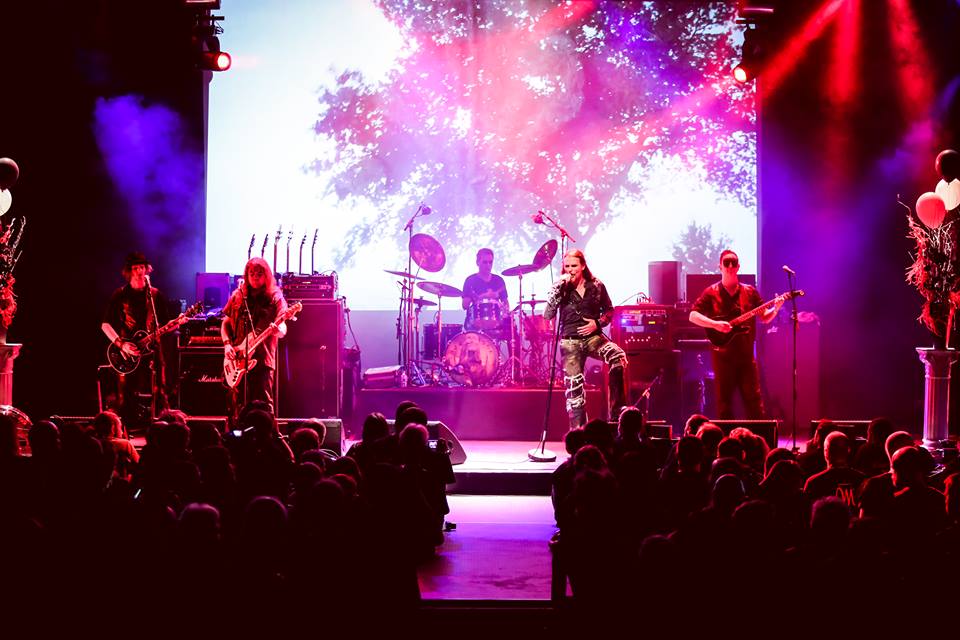 Playing at festivals like; Zwarte Cross, Alcatraz Metal Festival, Dokk’em Open Air and touring with Crimson Glory etc is quite a big achievement.. Please tell us about playing this festivals and performing with great bands like: Lacuna Coil, Pain of salvation, Planet X, Evanescense….?

Touring and playing with bands you like is always a pleasure. Evanescense was cool because of a sold out venue and an overwhelming warm response from the audience, who all came for the headliner, but still. Lacuna was very nice because they were one of the kindest bands I’ve toured with…in fact the two of us were supporting Skyclad back then (talking about nice people). And PoS were cool because they did backing vocals, dressed like monks, during one of our songs. They also sang on our album Liaison De La Morte. But the nicest thing we did is for sure the Crimson Glory tour. First because we were all are fans of their music and it was a great opportunity for us to promote the band. But they also turned out to be the kindest band on this planet. We had a great time on tour …isn’t it time for a reunion guys? Supporting is cool thing to do but playing at well-organized festivals like Alcatraz, Dokk’em and Zware Cross is maybe an even cooler thing. 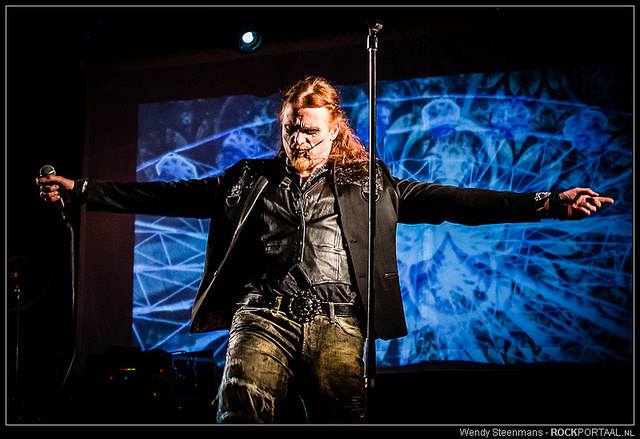 Any other live shows planned for this year..?

Yeah, we are going to support Blind Guardian 9 December, Lucky Rijssen and there are some Tattoofest shows announced. Furthermore we have plans to do some extra Freak Chique shows similar to the Femme Metal Event show in the Effenaar. This will be a multi-discipline music & fashion show taking the audience through an artistic world of psychedelic heavy rock and high fashion accompanied by a video wall, Chinese fan dance and freaking gorgeous models rocking the catwalk in a story about the madness of nowadays society. Responsible for the art direction and fashion design of this co-production is designer Ingeborg Steenhorst, known for her eye-catching outfits and styling’s for international rock stars such as, Floor Jansen of Nightwish, Epica, Lacuna Coil, Therion, Xandria, Van Canto and many others. We as a band are responsible for the live music during the show and we have guest vocalists Lisette van den Berg and Laura Guldemond to join us on stage. We will play non-stop rearranged songs from ‘Out of the Freakshow,’ blended with songs from the previous album ‘For Moments Never Done’. Support acts Scarlet Stories (psychedelic jazz-rock), Rosewood (Grunge rock) and Snakebite Love (acoustic Motörhead Tribute) completes the show program. 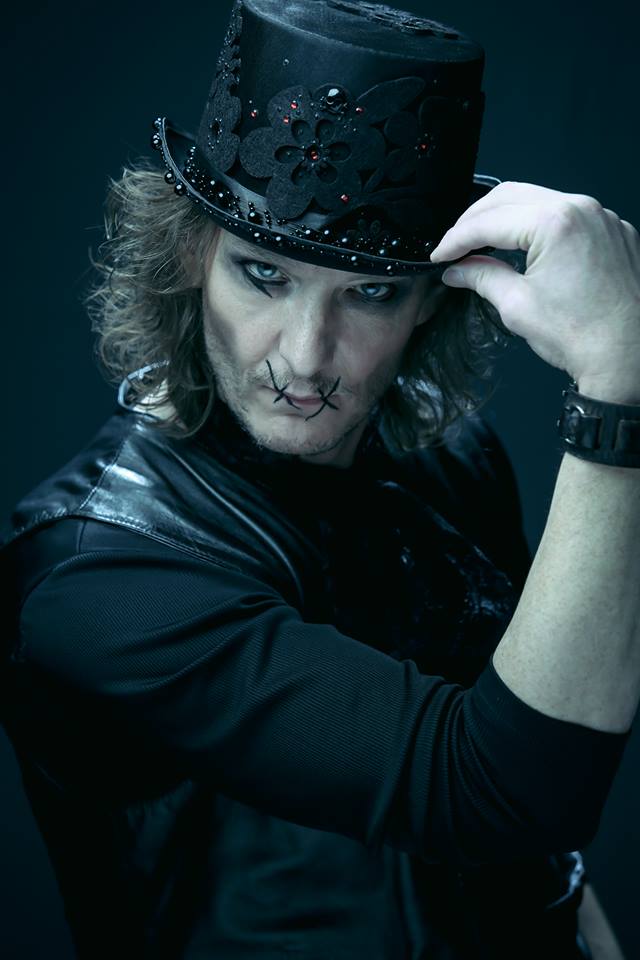 Where our readers can find all the info about Cirrha Niva?

www.cirrhaniva.nl here you will also find links to all our social media! 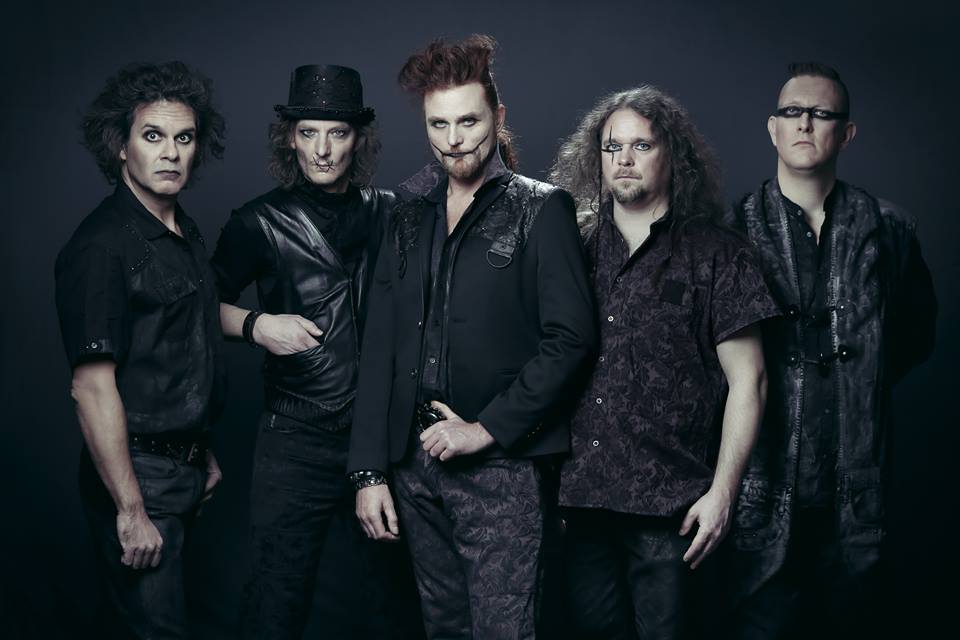 When you started to play the guitar and when the desire came to start Cirrha Niva..?

I started playing after borrowing a guitar from a friend at the age of 16. I returned the guitar shortly after because I didn’t like playing it, just couldn’t do it. After a year or so I borrowed it again and gave it a second chance…this time I had more patience. There was never a desire to start Cirrha Niva, it just happened along the way. I met another guitar player at school and we started playing together. He knew a bass player and I knew a drummer ectect. As the years proceed band members went and band members came, with the result that I just happen to be the only band member who never wentJ

Any other hobby’s or do you have a family to take care about, beside playing guitar in the band..?

I enjoy nature while cycling or hiking; I like special beers and have an interest in history. Besides that there are tons of things I’d like to do more often if only time would allow it.

Do you have a last word to the readers of ‪Bonavox.nl?

Thank you for reading and hope we will see each other somewhere at a Cirrha Niva concert or in the meantime come and join us on Facebook and say ‘Hi’ if you read this….