Hello Svetlana how are you doing? 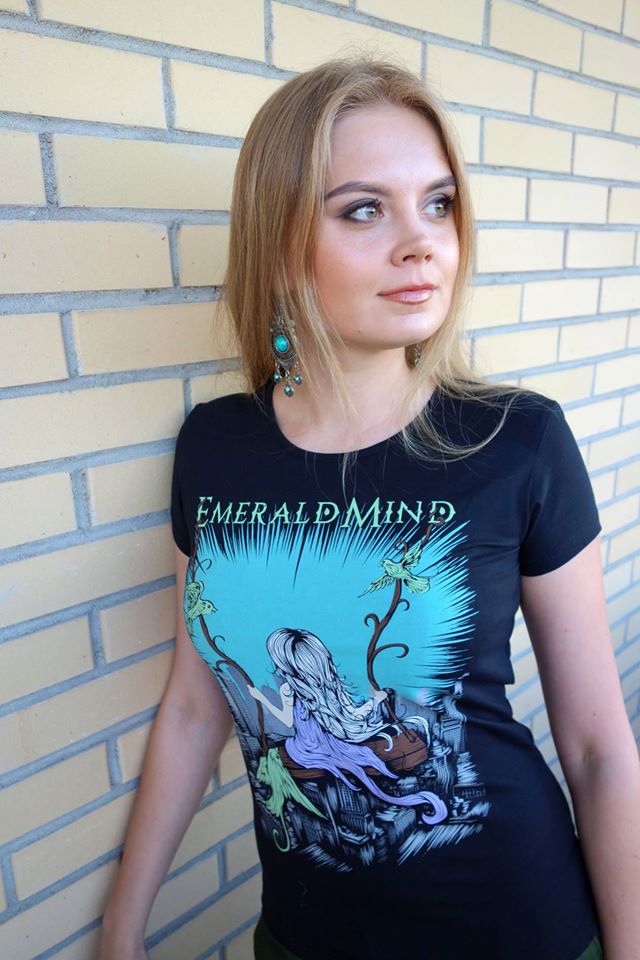 At the moment you live in Saint-Petersburg. Please tell us something about this historic city in Russia…?

Saint Petersburg is a big city with amazing architecture and a lot of historical places! In Russia, we call it «Culture capital of Russia». Foreigners also calls it  Northern Venice, because here is a lot of rivers and canals and bridges in combination with palaces and cathedrals.

You came from a city or town from the far east of Russia: Vladivostok. How was it to live in this city far away from Saint Petersburg and Moscow?

I love Vladivostok very much. This is my hometown and I grew up there. It’s a beautiful place on seacoast with unique nature and shorelines! Green hills and blue bays of Pacific ocean fulfilled my childhood memories. I miss my hometown and my family so much so I am trying to fly at least one time in year for vacation. My family also visit me in Saint Petersburg. That’s how we live =) 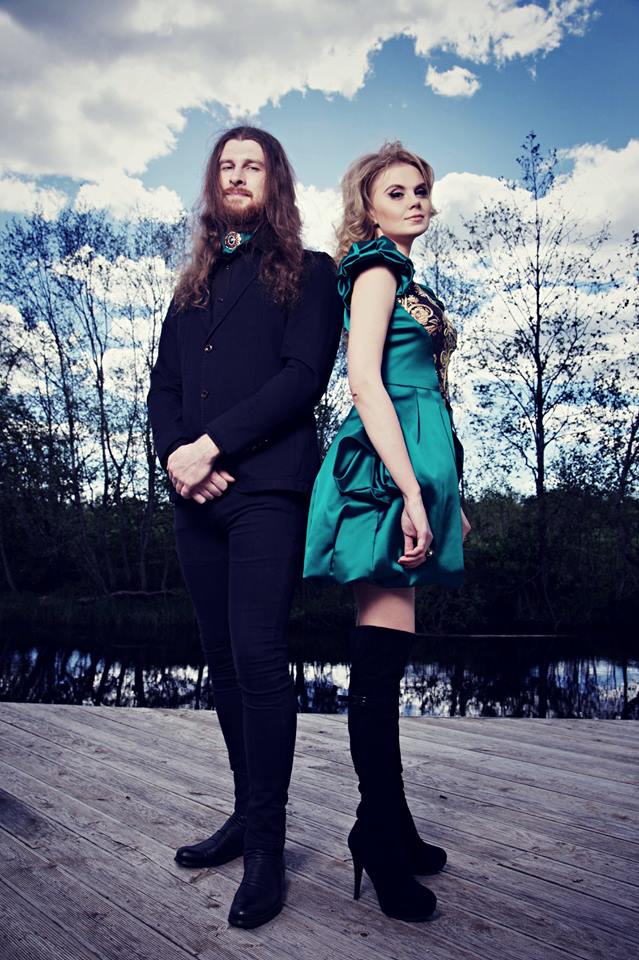 The band Emerald Mind was formed in 2003, please tell us how the band got started and why you left Vladivostok to live in Saint Petersburg?

I’ve came to the band when guys already have been playing on a local stage for a few years with another singer. He left and they were searching for a new one. I tried to sing for them and they took me in the band! =) We were playing under the brand “Diadema”. We were a good friends and have had a very nice and fun times together! =)  But when some of us decided to move in and become a  serious musicians, record a full album there came a little difficulties. Many members are changed, but me and Alexey Vaulin who compose all music stayed! =)  After recording our first album album we decided to move in Saint-Petersburg to be close to european music industry.  At the same time  I graduated from University and enrolled in Conservatory In Saint Petersburg.  And now we are living here in Saint Petersburg! 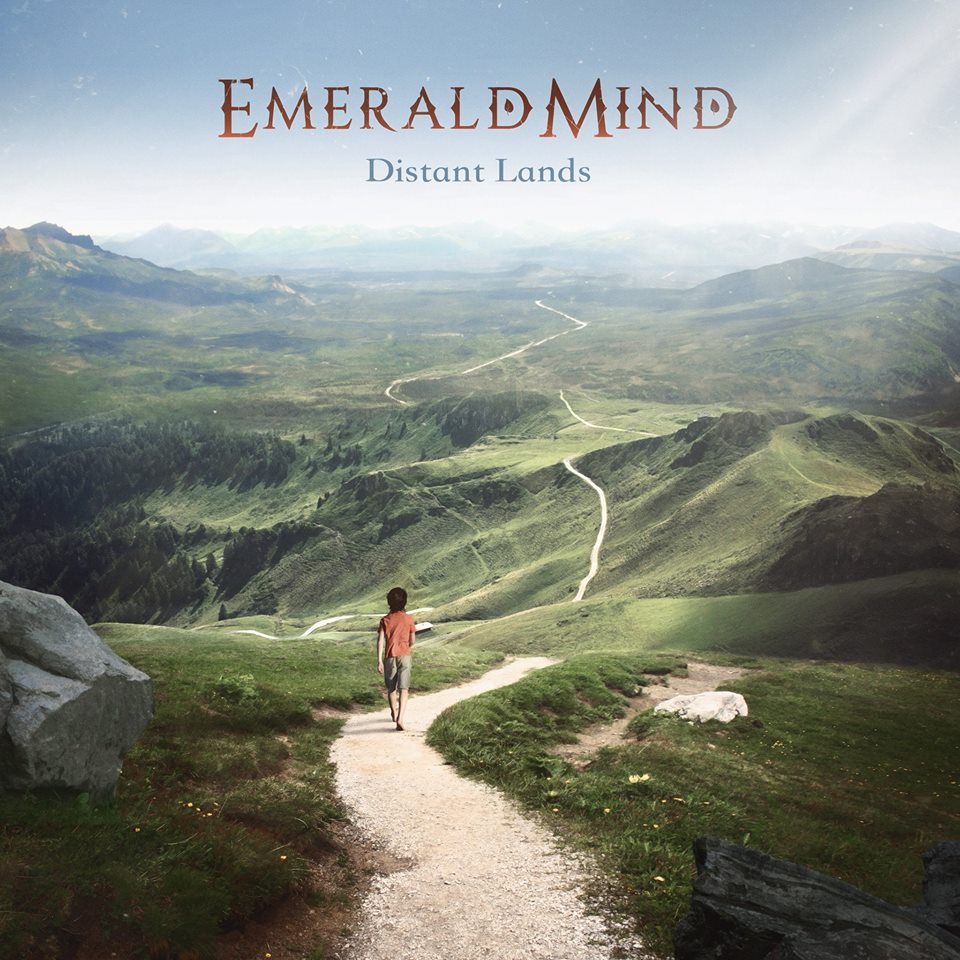 The band released i’s 4th album, if i am correct. please tell us how your last album: Distant Lands that was released at September 17, 2016 was received by press and fans..?

No, we have two  full-length albums «Tales of Soveena» that we released in 2009 and «Civilization» that was released in 2015. And we also released two singles «Storyteller» which is dedicated to Ronnie James Dio and «Distant Lands».  We received very good comments and reviews about “Civilizations “! People noted that our music become mature and complex. Some people told us that we even create a new style in metal music=)) 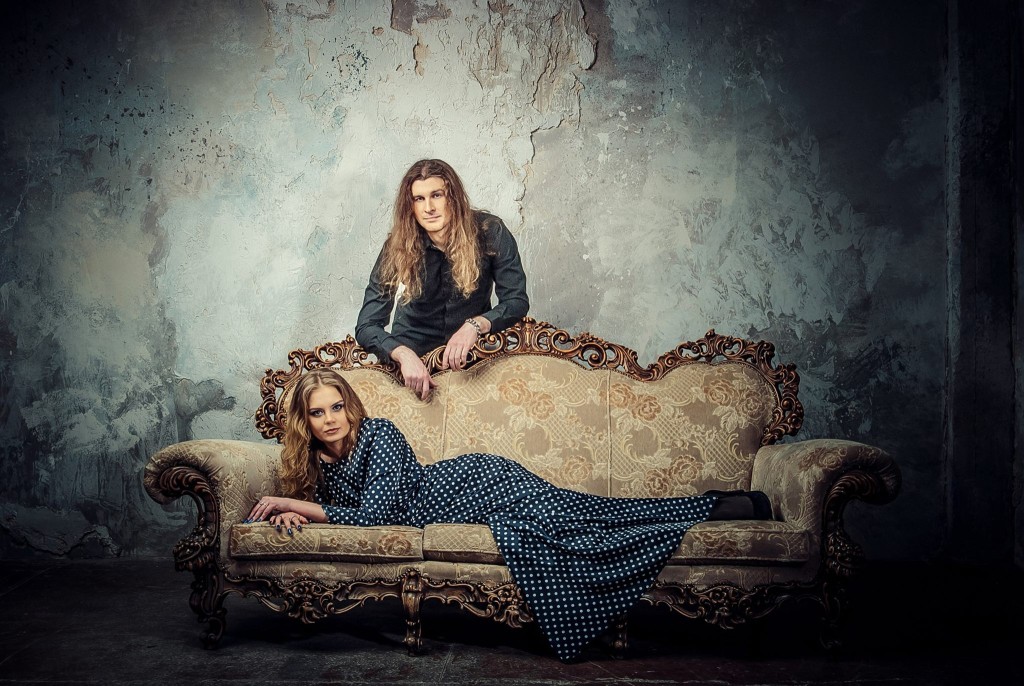 I just read on Facebook that the band is preparing for a tour, that will bring you to; Poland, Czech Republic and Germany. Any news about this tour? What about a show in Holland?

Yes, it’s time to extend boundaries! For our first tour we are planing to visit those countries which is closer to Russia. At this moment we are looking for a booking agents of local clubs! Just a small venues with about 100-300 capacity! We will set a particular dates once we have an agreement with local clubs! So if you have any contact in your town we would be grateful if you share it with us! =) 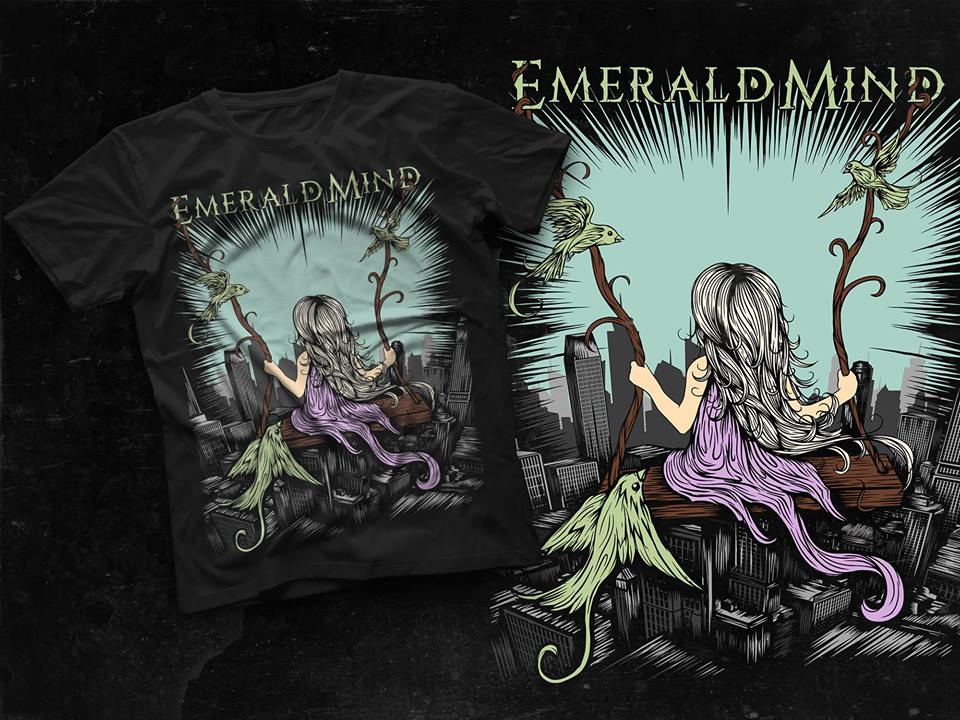 Are you also involved in other bands or projects? or something else in the music?

As an opera singer I participate in classical concerts and music competitions from time t time. Alexey Vaulin writes an instrumental music and soundtracks! All our other musicians have their own bands and projects!

I really liked this Photo, so just Publiced it. Emerald Mind. A Christmas Carol…. 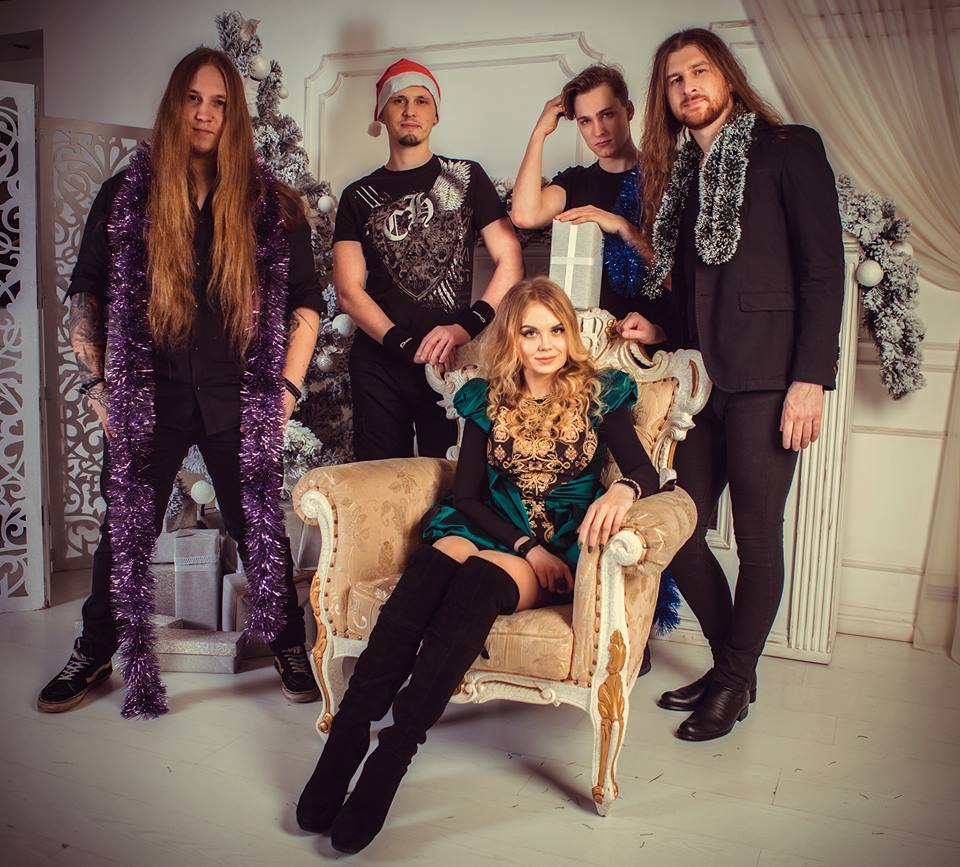 What are some of your own favorite artists or bands..?

I prefer a different styles of metal and rock music so I like a bands like Death, Iron Maiden, Therion, Helloween, The 69 eyes.

I also love an old school gothic rock and post punk like Siouxsie and the Banshees, Sisters of Mercy, Fields of the Nephilim, The Killing Joke! 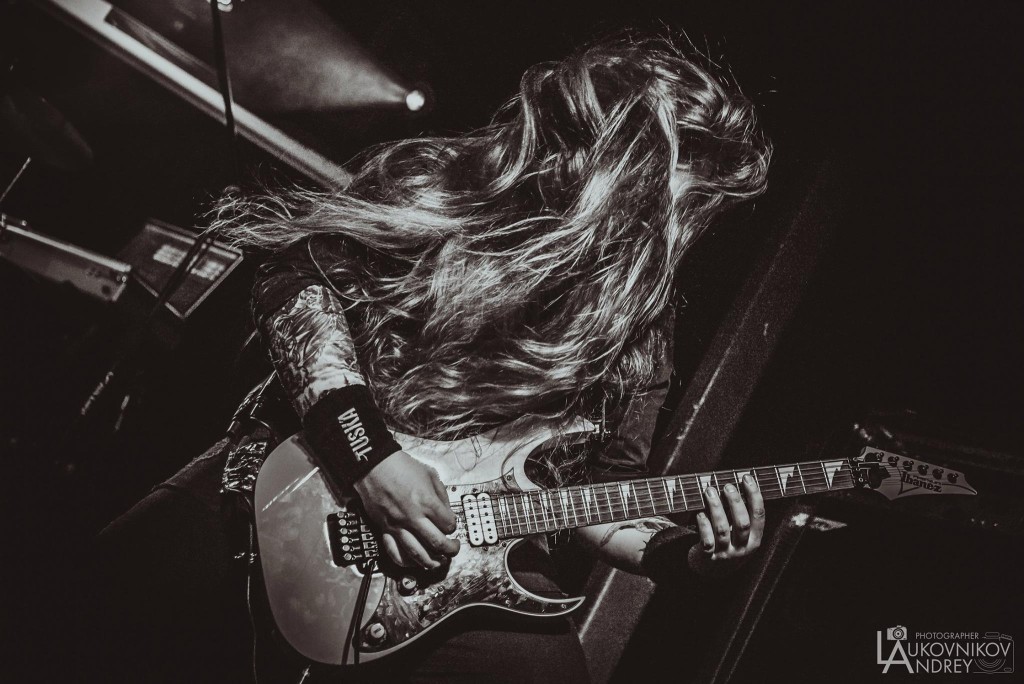 Where our readers can find all the info about: Emerald Mind?

They can find all information about us on our website http://www.emeraldmindband.com/

How is it to play heavy metal music in Russia. Is there some kind of a metal scene in your country?

Well there are lot of metal bands in Russia We are a big country and every town has their own metal bands. But we don’t  have any metal fests like Wacken, Sweden Rock or Graspop. So metal music industry is now in developing process! It’s basically underground. We have only a few metal  bands well-known among specific audience out of Russia. 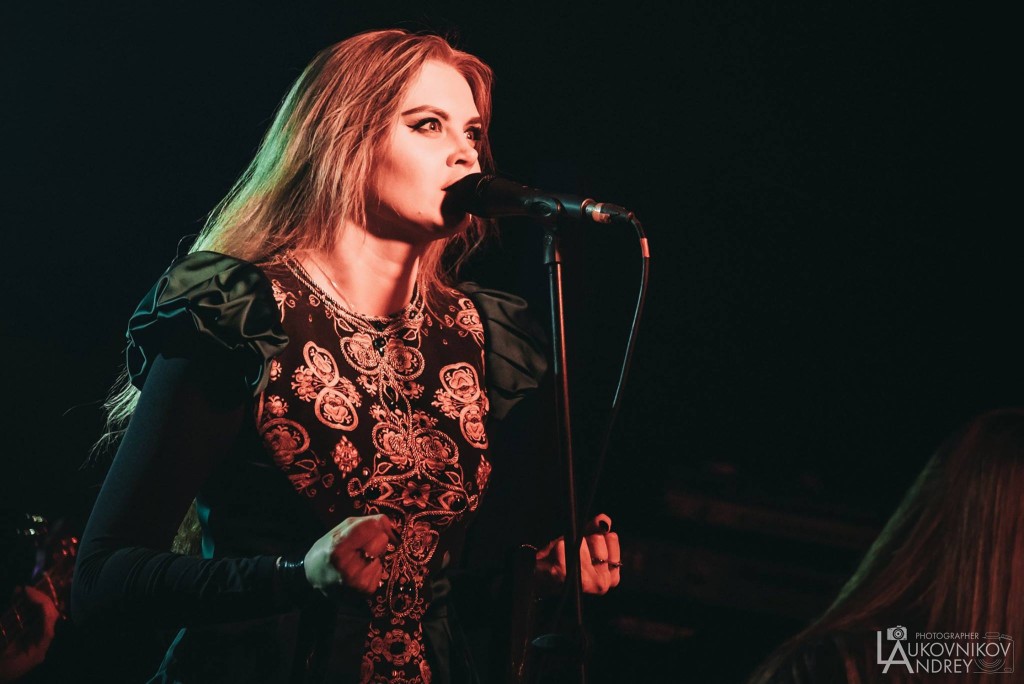 Do you have a last word, or something that’s on your heart you want to share with the readers of Bonavox.nl  ?

I just want to wish you staying  kind and happy no matter what goes around! Enjoy your life and keep on dreaming! We will do our best to help you keep this feeling with our music! You are always welcome on our concerts! All we want is to make this life brighter and colourfull! Thank you so much for the interview!  See you on tour! =)

Thanks to Andrey Lukovnikov, for the photo’s (red).