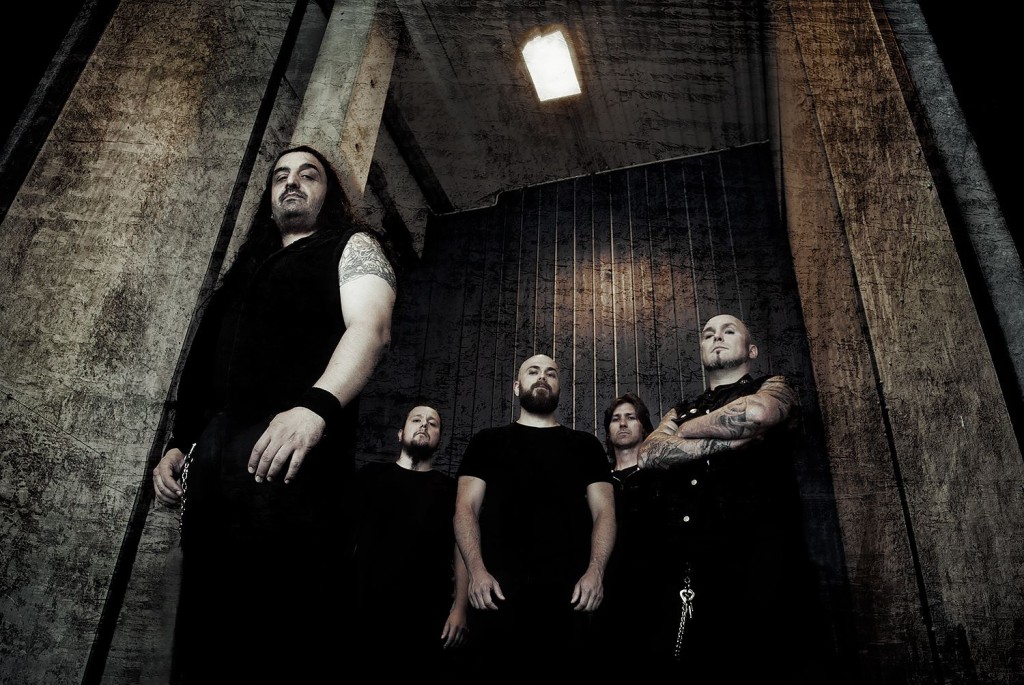 Hello Marios Iliopoulos, how are you doing?

Hey there I´m doing fine here, we are preparing for the upcoming release of our new album “The Venomous” and we are super excited. We have worked really hard to achieve the best possible arrangements and performances for the new songs, and we feel that this is a new chapter for the band musically, and the inspiration we have on that album, its on the highest level.

Please tell us why you left/re-located from Gotenburg to Thessaloniki…you where born in Sydney, Australia, 1969 I read….?
Thats the second time that Im doing this actually, and the reason is the fact that I wanted to be more closer with loving ones, family and stuff. Plus I feel that I can do the same amount of work anyway and run the band really smoothly, as we have a really strong bond with Ronnie and Magnus and we are always in touch. Also the fact that is a 3 hours flight from Thessaloniki to Sweden makes everything even easier. Yeah I´m born in Australia Sydney and left from there when I was 3 years old and never came back, so it´s kind of a dream of mine to come back and why not play shows with Nightrage, that can be the ultimate dream. 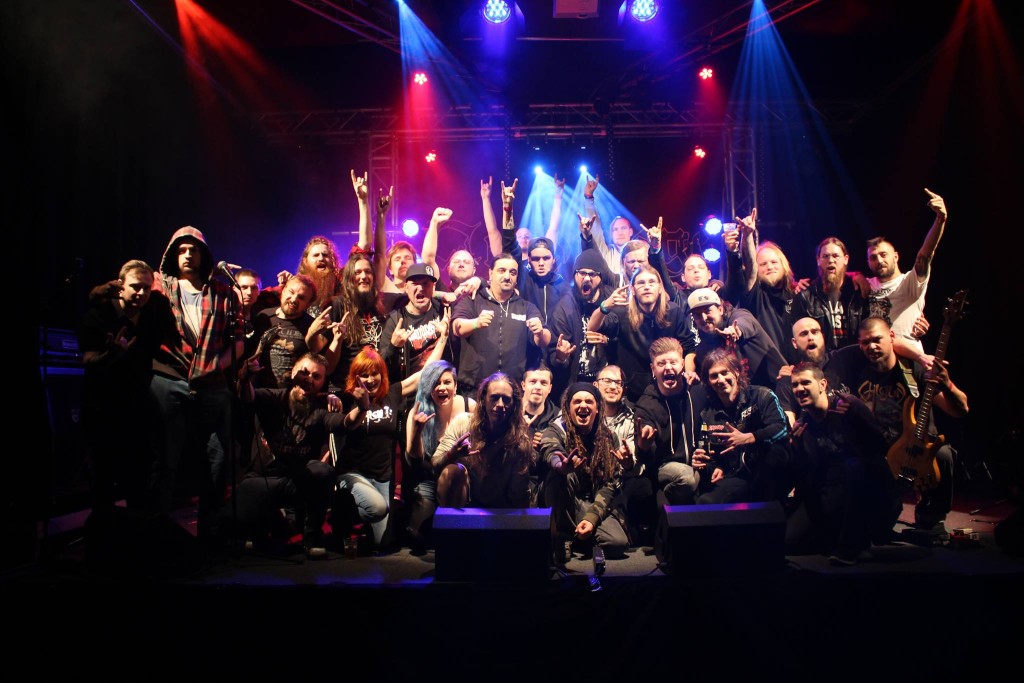 How is it to live in Sweden, please tell us something about it and this great city Gothenburg..?
I used to live in Gothenburg for almost 13.5 years and for a small time in Uppsala, and I can tell you is really different from Greece. Gothenburg is like a mecca for music and in Sweden in general people love to listen and play music, and that one thing its very inspiring to be on this kind of enviroment. At the same time living far away from your home town can be a really hard thing, because you need to adapt to some very different social ways of life, and personally for me I coudn`t live there anymore and never adapted fully on the Swedish mentality for many personal reasons, and I feel that I did so many sacrifices so far for this band, pay my dues in a way even on a personal level, to be where I´m today. And now it was time to come back where Nightrage actually was born.

Please tell us something about the new album: “The Venomous” that will be released this year. Tell us about the writing process and the time in the studio?
The writing process took some time way before the actual recordings and me and our new guitarist Magnus Söderman spend a lot of hours composing new stuff and arranging a lot of ideas. Also me and Ronnie wrote all the lyrics and Ronnie worked on his vocal melodies. We are vey anal when we are writing new stuff, and we always have complete demos for all the songs, with guitars, drums, bass and vocals, so we have a really basic idea of how the songs would sound, before we enter the studio for the final recordings. This time we have recorded once again at Zero Gravity Studios in Greece with our good friend Terry Nikas, and then we mix and master the album in Uppsala/Sweden with Lawrence Mackrory. 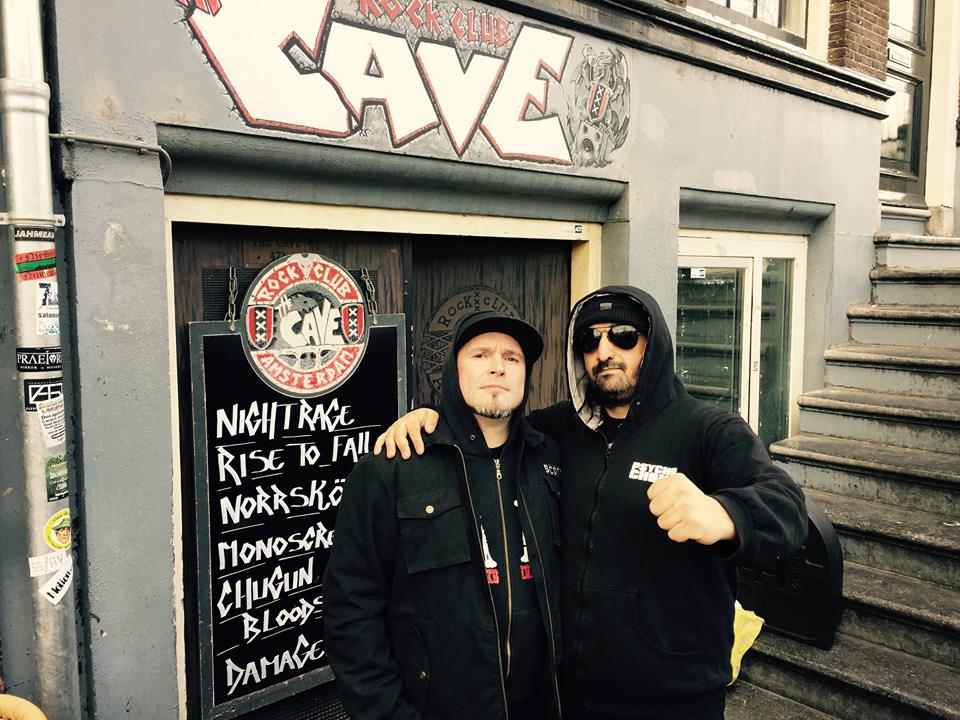 Where the album is all about, Musically and lyrically?
Musically I think “The Venomous” sounds really fresh and updated, Is still the same Nightrage sound but with a new touch, since also Magnus added a lot of his ideas and riffs into the music. I mean ofcourse everything starts out with me doing the initial ideas, but this time the chemistry between me and Magnus was really awesome and we had always fun working together, not even once we had to struggle and the inspiration was always on our side. I´m really open in good ideas and I think that Magnus had a lot of them, combining with my style makes something really special. Lyrically the album it is a concept album, and it deals with the  destructive nature of us human beings, and the fact that we are racing towards our own extinction.” The lyrics for The Venomous is depicting the demon Marchosias as the true goddess of our demise. And how we blindly follow here. In plain words Marchosias = vanity, envy, hate and all the other shit that we as a cancer to this world bring along. Or it can mean exactly what you want, as long as it touches something in you!

Any tour coming up, after the release of the new album?

We are working really hard right now and we have already some offers that we are discussing as we speak. So we are aiming to tour as much as possible and share the new album with as many fans as possible, as we think that this album deserving it.

You guys just released the second Single: “Affliction”, taken from the new album. How the song is received by press and fans, so far…?

Are you also involved in other bands or projects?

Nope, and I would not like it to be honest, Nightrage for me is fullfilling everything that I want to express with my music, and I find it a waste of time to spend time on something else that I don`t believe 100%. Nightrage has everything that I love, pure energy combined with melodic sensibilities that makes our sound what it is. 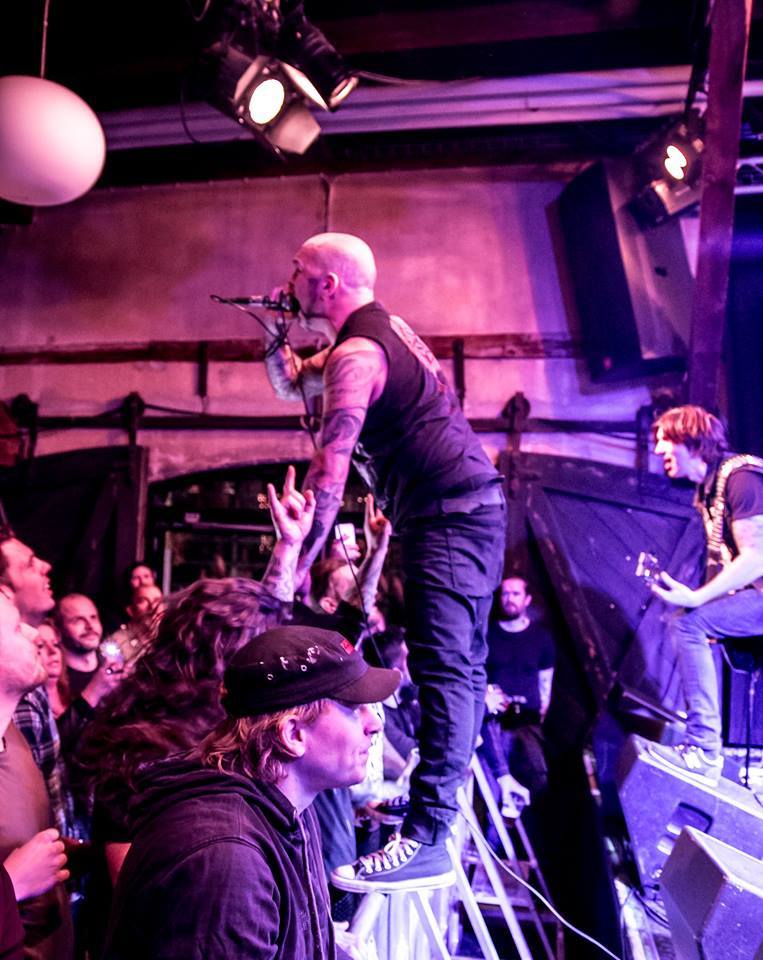 Do you have any last word or something that’s on your heart you want to share with our readers from bonavox.nl?

Thanks a lot for the great Interview and can`t wait to go out there and meet all our Dutch fans on our forthcoming shows, Holland it´s always been a favorite place to be, and also gotten the chance to be able to play shows there, could be the greatest fun. Go and buy the “The Venomous” or steal it, or stream it, but give it a chance and support us.