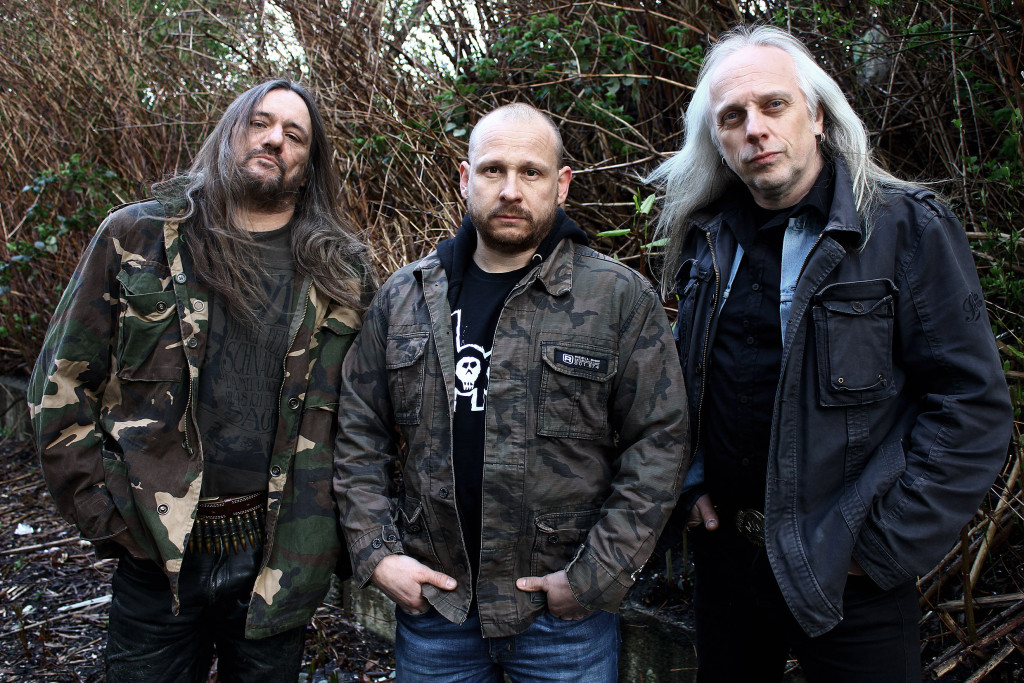 What about the new album: “Decision Day”. It will be released on August 26, 2016 via SPV/Steamhammer. Please tell us about the writing process of the new album, time in the studio and tell us where the album is all about Lyrically I mean?

Yes, the CD will be released on the 26th this month and I am really excited about it. In fact we did nothing different into the writing process. Usually I come to the rehearsel room with some riffs, and we are working at the base for a new song. We try this or that, making some changes and step by step the song grows. After we are satisfied with instrumental part so far, we start the pre-production by recording everything. Then it’s up to Tom to get into the song and to write the lyrics. Later, we´re arranging the material to the final version by making the last corrections in the length of verse, bridge…. until everything fits with Toms ideas. He adds his vocals and bass to the recording and the pre-production is done. 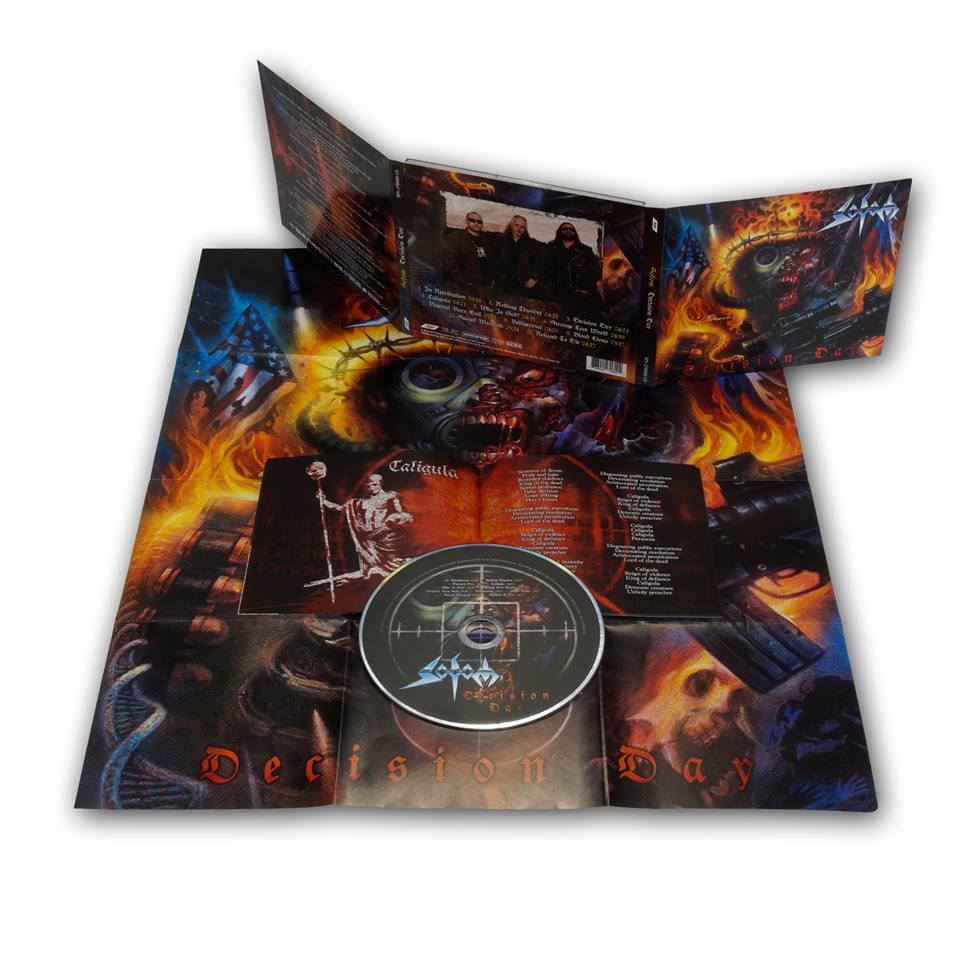 Are you happy with the final result of: “Decision Day”?

Now is our producer “Corny” on board. Thanks to modern recording equipment, we´re able to do all the recordings without visiting an expensive studio. Corny invests a lot of time and work to find the right sound for us. Also he´s adding some of his ideas. He and Makka recorded the drums in our rehearsal room, I recorded the guitars alone at home, only Tom went to Corny’s little studio for the bass and vocals. This way of working, maybe is not the quickest, but we had time to work relaxed on the tracks, not in mind that the precious time in the studio is running. Finally Dennis Koehne, we worked with him in the last productions, made the perfect mastering for Decision Day.

All of us are extremly happy with the result. We took all the time we needed for the production. From the beginning to the end, work was relaxed and effective. Certainly one reason for that was the fantastic cooperation with Corny who found the perfect sound for our new songs. And, the band was never before so much involved into the production. 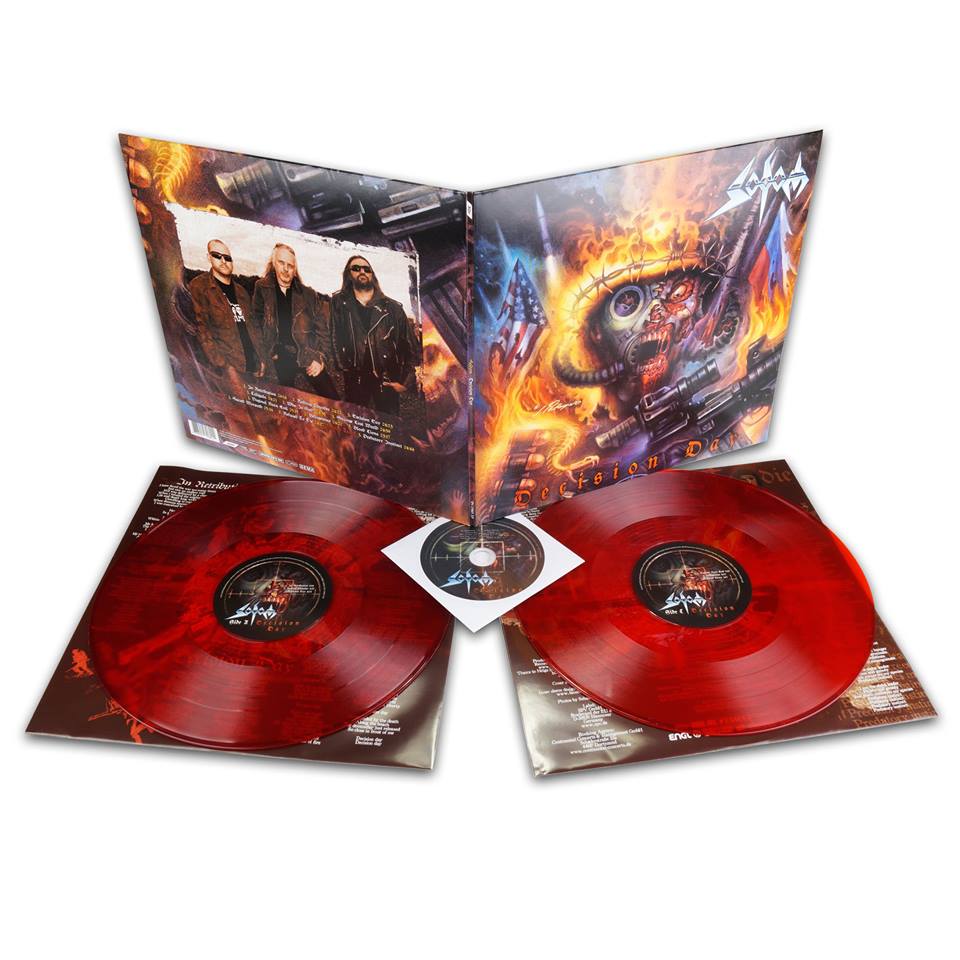 I met Tom first in 96 in the “Endzeit” in Gelsenkirchen. He was looking for new band members in this time. He knew Bobby (our ex-drummer) and called him, asking him for a jam session and also if he knows a guitarist. Bobby and me were friends since many years, and he called me at the same day. Before we played together with “Crows” and “Randalica”. So it comes that we all met for the first time, of course in a Pub, to arrange a meeting in Toms rehearsal room in Essen. It was great from the first moment and we didn´t need much time to decide that we will work together. The first song that we played there was Beat the Bastards from Exploited. 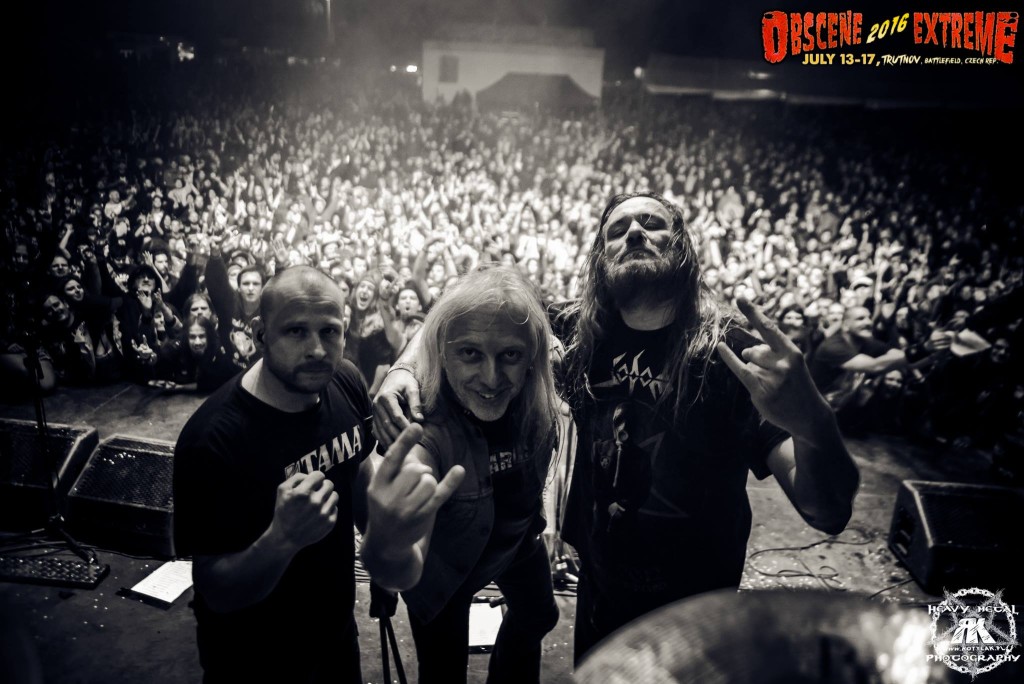 You were visiting with the other members of the band a lot of countries and city’s everywhere on the planet..Do you remember something special that happenend, you can remember, you want to share with us? and visiting all these places, playing for all these metal heads around the globe is maybe a feeling like….Heaven on Earth…?

Being on tour is very important for me even when it`s exhausting sometimes. It´s a gift to see so many places and to meet so many people all around the world. After more than 20 years I could tell a lot of strange and funny stories. A guarantee for adventures is always touring in South America. One night we were supposed to play a show in Bogota. On the way to the venue the road was closed by the police. First we thought it was because of an accident. Only when a police truck with a large cage raced down the street we realized that there were riots in front of the venue. The police arrived with tear gas and water cannons when some fans discovered us into the van. Immediately we were surrounded by many people, beating on the windows and screaming. The driver became nervous and fled with us through a one way street in the wrong direction followed by the fans. Later, we waited a few blocks away, under trees, hidden in a dark corner, for the promotors “ok”. We played the show two hours later and everything was fine. Hahahaha….. 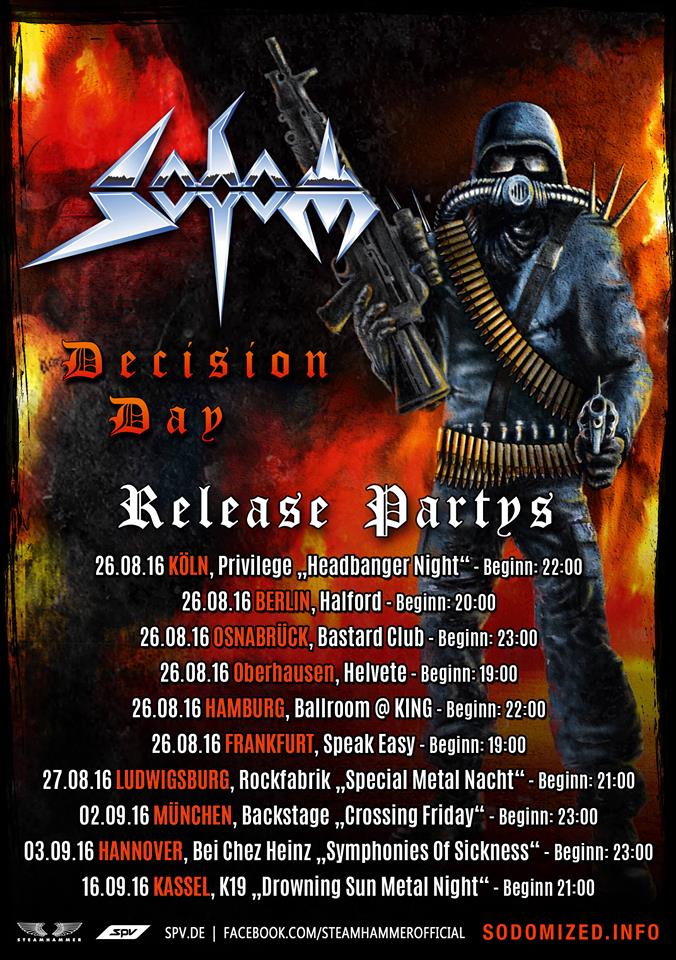 Any tour coming up, after the release of the new album..What about playing in Holland..?

No matter where we play, we enjoy every show and love to have a good time together with our fans. At the moment there are no plans about a tour in Europe except some festivals and club shows this year. I am sure, with the release of the new album, many shows will follow, and of course there will be also gigs in Holland, and I am looking forward to it.

Do you have any hobby beside playing guitar in/with Sodom..?

Unfortunately there is not really much time left for hobbys, I am still working in a full time job as a toolmaker in the automotive industries. “Want do everything but time for nothing”. If I had the time, I would definately ride more motorbike, taking care for my aquarium and doing more sports. Not only watching my home team Borussia Dortmund from the sofa……

What are some of your own favorite bands or artists…?

When I am listening to music at home or in the car I usually choose old stuff. I love the old Metallica, Slayer but also Bands like Queen, Crimson Glory, Fates Warning …….

Do you have any last word to the readers of Bonavox.nl ?

I want to say THANX to all our fans. Thanx for the loyal support for so many years. And to everybody who doesn´t know SODOM, keep your ears open for our new CD. It´s never too late to join the club!

From the new album!