Hello Bjorn, how are you doing and please tell us something about the place, city where you live?

Hi there! Well, I live in Silkeborg, Denmark. A small town with a population of about 45.000. A nice place, but small. Yeah, that’s about it. 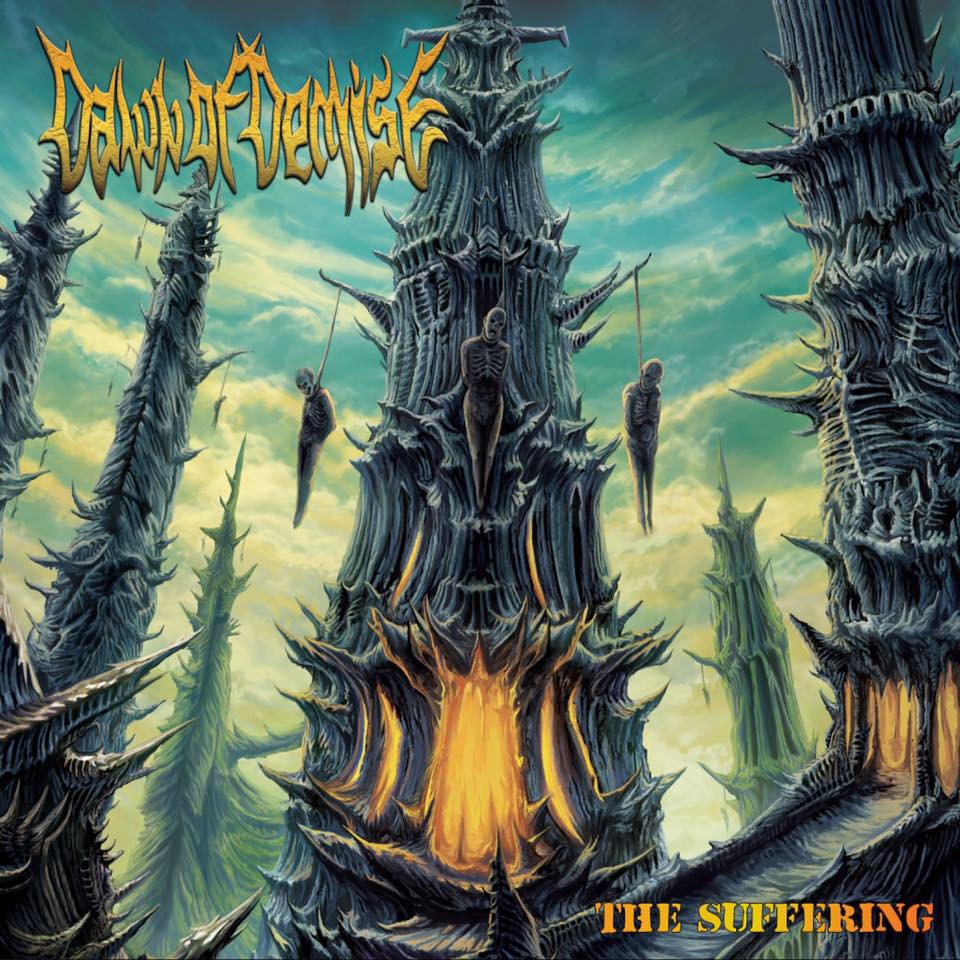 Please tell us something about the new album, “The Suffering”. Writing proces, time in the studio etc..?

Okay… The new album is probably our most “varied” release when looking at the songs. Martin and I wrote all the music on this one and we both wrote a lot, so it’s not just one guy’s vision. This time round we didn’t hold back – if we liked a riff, we used it. Back in the day we would drop riffs if they weren’t death metal or slam enough for the band. This time, if we liked it – we used it! We recorded it at Tue Madsen’s Antfarm studio – why? Why not? He makes everything sound killer plus we know the dude quite well – easy choice.

What is the album all about, lyrically I mean..?

Nothing fancy… Death, destruction, blood, hate, gore, necrophilia, and so on … YEAH!

I just read some positive news about the new album? Please tell us how the press and fans received the new album..?

All the reviews have been REALLY positive!!! I actually just gathered the ones that contained ratings – the average rating was exactly 8,2 out of 10 and that was out of 13 or 14 reviews. We have received so much praise for this release and a lot more than expected – AWESOME!. Then again, reviews aren’t that important, but it’s cool to see that people dig it. When it comes to the fans – I haven’t heard anything negative as such, but they probably wouldn’t tell us anyhow. I wouldn’t mind, but they don’t… 😉

Are you happy with the final result of the album..?

Very happy! Usually when listening to a new album we hear several things we would love to change, but on this we are basically 99.9% satisfied – there will always be something one of us would like to change, but on this one it is NOT a lot. Good songs, killer production, and good performances… Yeah, I can honestly say that I am proud of this release. 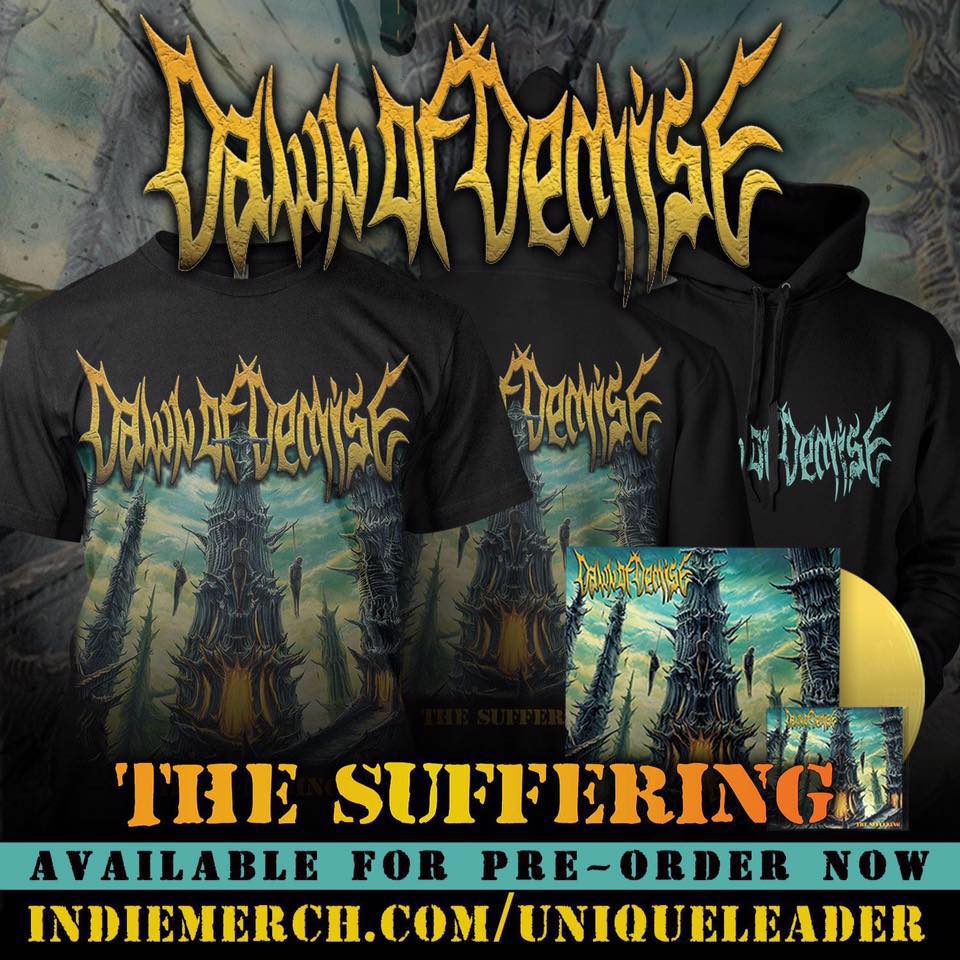 Please tell us something about the cover of the album. Who made/designed the front cover of The Suffering and what is the meaning behind the cover..?

Marco Hasmann did the artwork for us. He also did the cover for ‘Rejoice In Vengeance’. The meaning? There’s no meaning at all – it just looks cool. We are a death metal band = titles, artwork, lyrics are/is just something cool, nasty, un-original, and rich on clichés 😉

In 2012 the band released the album: “Rejoice in Vengeance”. Why did it take about 4 years to release a new album? and what did the members of the band do throughout the years…?

It took 4 years because we are lazy. There is actually no excuse at all – we suck! We promise that the next “wait” will be A LOT shorter!!! 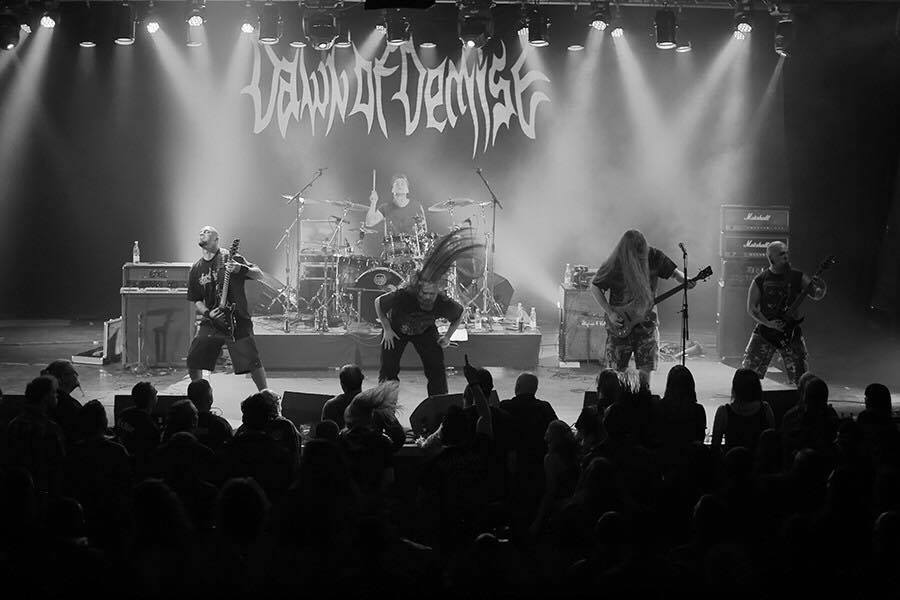 Any touring, shows and festivals planned outside Denmark?

No, sadly not yet… But we recently entered into an agreement with a Dutch booking agency, they will hopefully come up with some cool tours and so on. Let’s see.

what are some of your own favorite bands..? 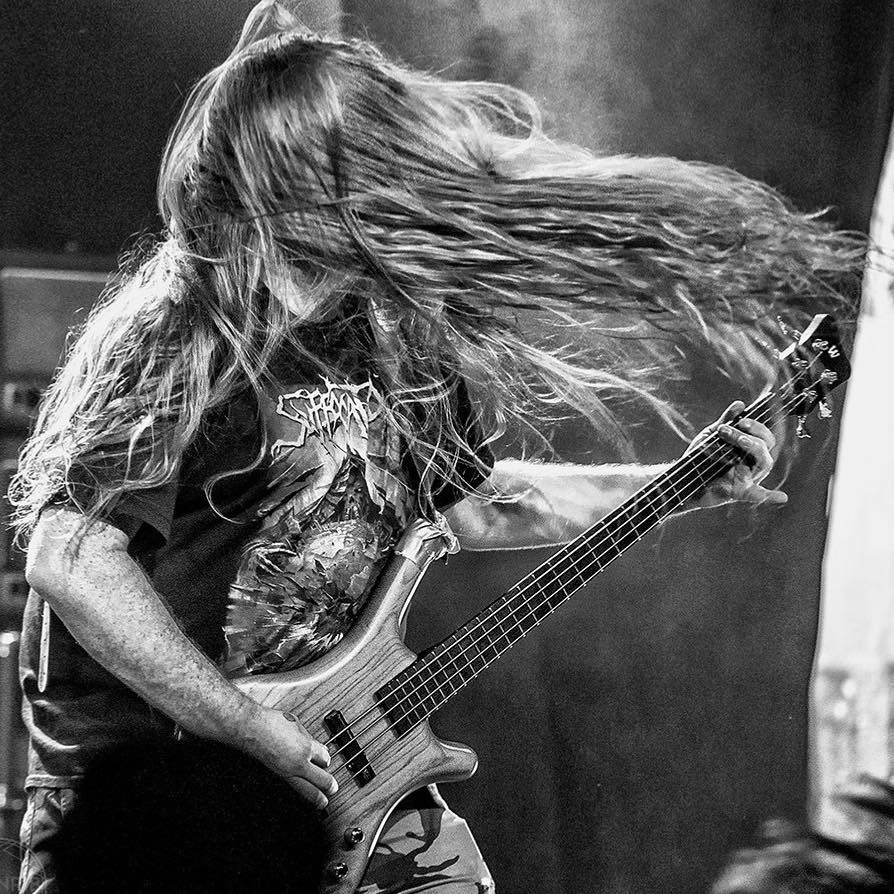 Do you have a last word to the readers of Bonavox.nl..?