Dear Paul how are you doing at the moment?

Please tell us about your hometown Hull and how is the hard rock/heavy metal scene in your area?

Hull is an industrial city in the northeast of England. It used to have a strong fishing industry many years ago. It has gone through times of decline and now seems to be making a comeback; Hull City Football Club is back in the premiership and I think it helps to boost the morale of the city. There is a pretty vibrant music scene although it can be difficult to get decent sized audiences.

The band started in the 80’s, but after a few years (last show/gig was on 31 May 1983) the band quit…What happened that the band stopped after only being together for a few years … and what did you and the other members do after the band disbanded?

That was a long time ago and it’s difficult to remember exactly what happened ha ha… We had recorded several demos and played many gigs. We had tried to get a record deal but we seemed to be met with ‘I like your music but it’s not quite what we’re looking for at the moment…’ all the time. In hindsight I think we were young and too impatient and felt that the Salem band had run its course. The band split amicable and we stayed in touch for several years.

Simon, Adrian and Paul (Mendham) carried on together in various guises. They almost had a record released under the name of Mayfair but it never quite came to fruition. Simon moved away from Hull to southeast England and recorded with some guys from ELO and Aerosmith – he has a photo of them hanging out with people like Brian Johnson of ACDC (somewhere but probably lost…!) He has played in many other bands including a Led Zeppelin tribute. Paul Mendham has also continued being in bands. He has supported the likes of Michael Schenker and WASP. He has played at Bloodstock with Infobia and his other band now is Innersylum who also have a new album out. Adrian has focused more on sound engineering and has a studio now and recently achieved a first class honours degree in music production. Mark moved away from music for a while, focusing on his body building and martial arts, through which he won many titles and competitions. I also moved away from Hull to the southwest of England where I continued playing and teaching the guitar and I have also played in a few bands. 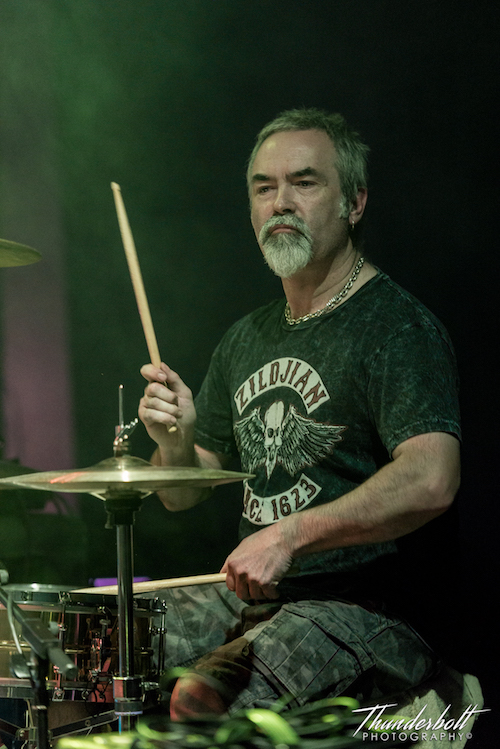 And then after all these long years ..It’s 2009 and somehow you found each other again..? In 2010 a double album saw the light of day. Entitled: In The Beginning. Please tell us who came up with the idea to release this best of compilation of the first Salem recordings..?

Yes! My brother Phil (also a muso) suggested I posted some old Salem music on MySpace. I was very surprised that soon people were listening to this and I was receiving messages like “I remember Salem! I’ve still got the single!” It wasn’t long before High Roller records contacted us asking if we would like to release all our 1980’s recordings on a double vinyl album. I was very keen to do this but first wanted to track the band down to get their approval of our 80’s revival. I hadn’t seen some of the guys for 20 odd years but eventually I met up with them all and of course we all wanted to do it.

How was this best of album received by the press and fans? and how did you guys get in contact with Pure Steel Records?

We were delighted that the album received great reviews and it opened doors for us to play gigs and festivals and we were soon playing in Italy and Belgium. It was like a dream come true. Pure Steel were involved in the ‘In The Beginning’ project as they released the album on CD. 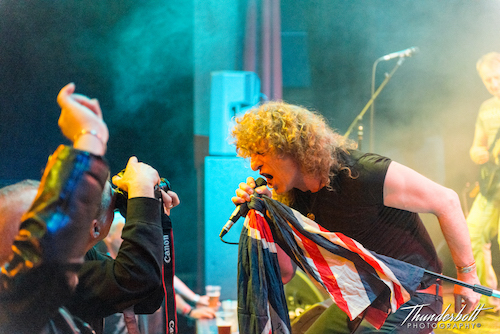 Now the new record is released via Pure Steel; Dark Days (29 April, 2016). Please tell us about the writing process, time in the studio, and are you after all happy with this new album..?  Where is the album all about, I mean Lyrically?

In 2010 when we got back together to start gigging again a few of us were coming up with new song ideas. Adrian said ‘well I have a studio, let’s record a few?!’ We released two EPs ‘New Tricks’ and ‘X-Rated’. Pure Steel records really liked this new music and invited us to finish off what became the ‘Forgotten Dreams’ album, released in 2013. Like ‘Forgotten Dreams’ the songs for ‘Dark Days’ were composed by different band members with the lyric and melody composed by Simon and Adrian. So whilst the foundations of the songs are quite varied, which I think is positive and healthy, there is consistency in the content of the vocals. There was a general lyrical theme through ‘Forgotten Dreams’ of remaining positive and hopeful and remaining true to your core ambitions because it was so great to be picking up where we left off. ‘Dark Days’ was perhaps more of a reflection on our collective experiences over the years – some unforgettable for the pleasure had in them and some not so enjoyable. This has inspired a more thoughtful and reminiscent sense of catharsis in the music. 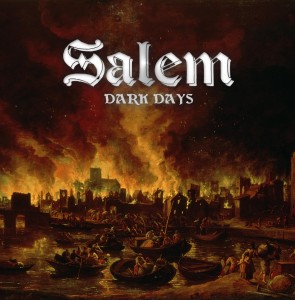 Are there any concerts or festivals planned this year?

This year we have played at MuskelRock in Sweden, as I wrote this we were flying to Headbangers Open Air in Germany (again), and we also playing Heavy Metal Maniacs in Netherlands.  Already this year, have gigged with Diamond Head, Witchfynde and Spartan Warrior in UK, and have other gigs including in Belgium with FireForce and Drakkar, and back home in Hul with Tygers of Pan Tang.

And we have some great gigs yet to announce for 2017 including our first festival in Spain. 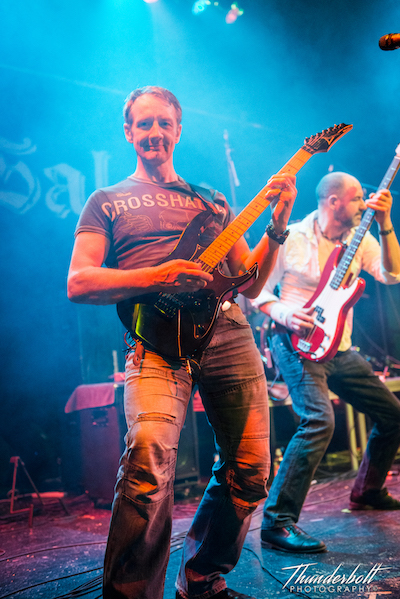 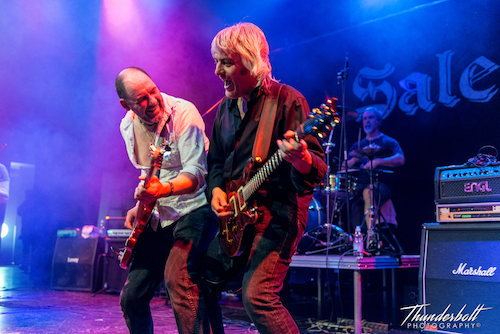 Where our readers can find all the info about Salem?

Please have a look at our website www.SalemBand.UK and there some interesting information on Wikipedia too wikipedia.org/wiki/Salem_(UK_band)

We have a FaceBook page www.facebook.com/SalemBand and follow us on Twitter www.twitter.com/SalemBandUK – we have a YouTube channel youtube.com/c/SalemUK and check out ReverbNation reverbnation.com/SalemUK where we are currently in the top five metal bands in the world!

I still love the great bands of the 1970s – e.g. Rainbow/Purple, Thin Lizzy, UFO/Schenker, Black Sabbath, and so on.  Other favourites include Dream Theater, Paul Gilbert, It Bites, Alterbridge … 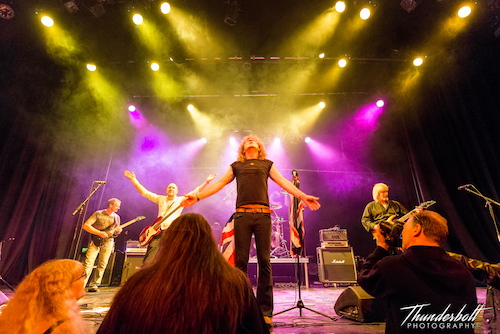 Is there anything you want to tell us or share with us, the listener of Salem..? Any last word or something that’s on your heart you want to share/tell the readers of bonavox.nl?

I would like to thank all our friends and supporters for your interest in the band – you can find out more about the band, our history, music, videos and gigs by following the links above.

I must say that when we reformed in 2009, we would never have believed that in 2016 we would have achieved so much.  Who knows what might happened yet?!

*Thanks to: “Thunderbolt Photography” for the Foto’s.