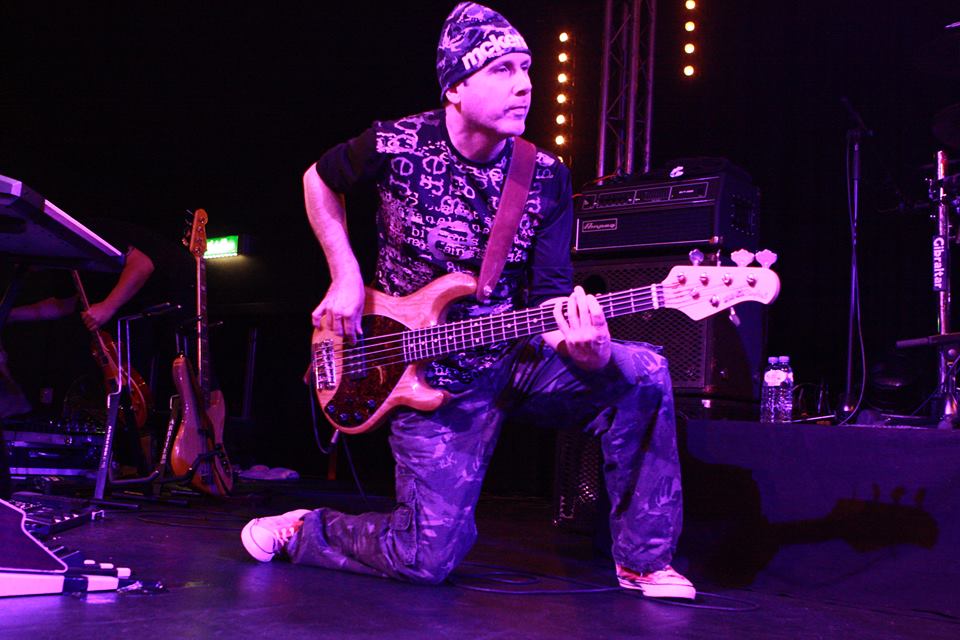 “The Bible” catalogue number PGCD007, is my sixth solo album release (or seventh if you include the gospel album “The Life Of God In The Soul Of Man”), and my third album release with worldwide distribution company White Knight Records.

“The Bible” is my first full blown concept album and the most ambitious work that I have ever written, over a total of 69 minutes, and showcases the amazing vocal talents of Josh Brown, Becky Brannigan and Hayley Oliver, with regular Steve Christey (Jadis) on drums. The album also features the beautiful instrumental playing of Rhiannon Davies on violin and Daniel Bristow on trumpet.

This is an album that I have wanted to make for the whole of my life, and this project has now been realised, through the three key elements of: the music, produced by myself and Rob Aubrey(producer of Big Big Train and IQ), the wonderful narration by John Taylor, and the stunning cover illustration by Simon Williams (who painted the covers for “The Masquerade Overture”, “The Window Of Life” and “The World” albums by Pendragon). This album is the 66 books of the Bible told through rock music and narration, and includes many of the main characters contained within the scriptures.

“The Bible” contains a stunning array of musical styles from the progressive “Revelation”, “The Kingdom Of God” and “The Prophets” to rock anthems “The Fall” and “The Law”, from the haunting female vocal pieces “Adam And Eve” and “The Gospel” to the acoustic “Samson And Delilah” and “Exodus”, from instrumentals “Jacob’s Ladder” and “Walls Of Jericho”, to the groove based “Crossing The Sea” and “Spirit”, and yet the whole album has a wonderful power and unity to it.

The full track listing is:

Hello Peter Gee, how are you doing?

Hello Heiko, I am good thank you, and thank you for this interview with you and Bonovox, it is good to talk with you.

Please tell us something about the city/village you live in?

I live near a town called Stroud in Gloucestershire in an area called The Cotswolds, which is full of hills and valleys, trees and green fields, very rural. Stroud is the town where Pendragon was born.

How did you get interested in your younger days to start playing the bass-guitar? 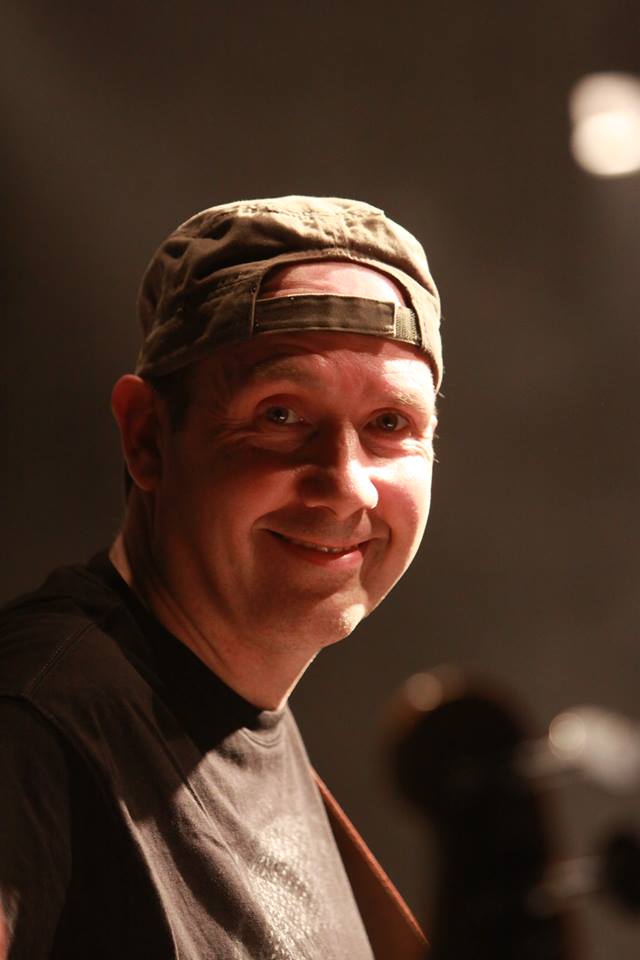 And what was the first band or project you where involved in back in the days..?

My first band was called Argueda and did rock cover songs and then after a year about a quarter of the set was our own rock songs. The band then split up due to school exams. My second band was called Phaedra and was more of a jazz rock band and we wrote all of our own songs. This band also split up after a year.

In 1993 you decided to start a solo career. How did you came up with the idea?

I had always attempted to write my own songs and in 1991 I wrote and recorded a four track cassette gospel album called “Calvary,” which has never been released on CD. Then in 1993 a Dutch label called SI Music approached me and offered me a contract to make a solo album, so I jumped at the chance, as lack of money and lack of home recording equipment were the two things stopping me from making a mainstream solo album earlier than this.

Now after 6 solo and a ‘best of’ album, the new album will see the light of day. Please tell us about the idea of “The Bible”?

I saw Roma Downey’s film mini series called “The Bible” on Channel 4 in the UK in 2013 and that made me start thinking about whether I could set the whole Bible to music, or at least the highlights of it. So I sketched out the main stories that I wanted to cover on the album and initially came up with thirty ideas, which I then reduced to twenty eight songs and pieces of music. I considered doing a double album with two discs, but then decided to keep it to one single album with short songs and instrumentals all joined up together into one long concept album.

Could you tell us something about the writing process and time in the studio?

I found the lyrics fairly easy to write on “The Bible” album, it was just condensing the whole life story of each character into a few words and putting in the key parts. The music all came over about a year and then I wrote the narration parts to go over the instrumental sections. I wanted a variety of music styles on this album, so I was also conscious of this whilst I was writing. Once I had demoed the album I then got Steve Christey to record the drum parts and then recorded the rest of the instruments and vocals in my music room at home. Josh Brown, Becky Brannigan and Hayley Oliver did some great vocals. I then went back to Aubitt Studios in Southampton to mix the album. 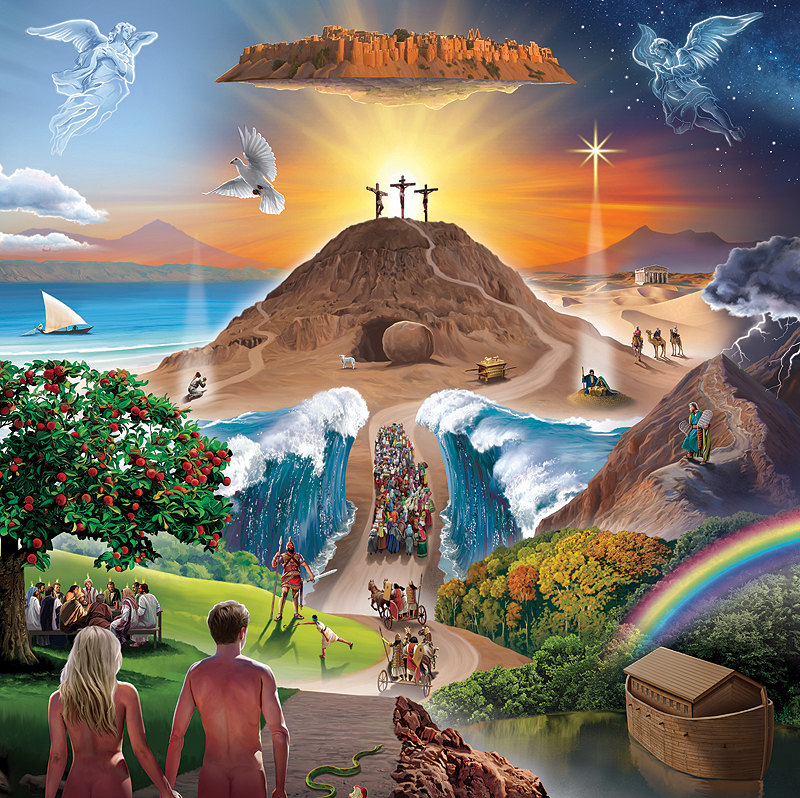 Nowedays in the European ‘secular’ world a album called; “The Bible” is maybe not the most popular? maybe even people can be offended about it? or is that not the case..?

I knew that making a concept album on the subject of “The Bible” could well be controversial and that it might upset or offend some people and I apologise in advance to anyone who dislikes this album or feels offended by it. But this project was something that I had to do for myself, for my parents, grandparents, great grandparents and other family members. This is an album that I have wanted to make for the whole of my life. This album is not meant to be any kind of political statement, it is simply an album about what has been the most precious book in the world to me throughout my lifetime – this is the book and these are the people and accounts contained within it. I don’t expect everyone to like, or buy or listen to this album. People should only buy this album if they personally want to. But for me personally, I would buy this album on the strength of Simon Williams’ stunning cover painting alone!

Why is The Bible and the stories after all these years so important to be told?

For me personally, and I don’t expect people to agree with me on this, “The Bible” and the stories contained within it are important to tell in today’s modern world because they speak of life after the death of the physical body, and of a place called Heaven where there will be no more crying, sickness, suffering or death. Although there is some very difficult material in “The Bible,” its final overriding message for me is one of hope in the future, forgiveness, wholeness, and eternal life with a God of love, and that’s why for me it is still an important story to tell.

Who was responsible for the ‘GREAT’ artwork of the frontcover..?

The stunning front cover was painted by Simon Williams who also painted the covers to “The World,” “The Window of Life,” “The Masquerade Overture,” “Not of this World,” and “Believe” Pendragon albums, plus the “Fallen Dreams and Angels” mini album. In 2008 Nick decided to go for a harder edge to the Pendragon artwork and so decided to use Killustrations instead from then on. But Nick said that he was happy for me to use Simon Williams on my solo album covers and so I got back in touch with Simon in 2014. For “The Bible” cover I sent him a sketch of what I wanted in the picture, the positions of the different characters and scenes and the rough colours I wanted throughout the picture and he then painted the final picture and it takes my breath away still now, when I look at it.

You where mentioning that this album has some comparison with the album by Rick Wakeman-The Gospels?

This album follows on in the same tradition as Rick Wakeman’s 1987 album “The Gospels,” because it is a rock concept album with narration, written in a progressive rock style. I was also inspired by Andrew Lloyd Webber’s “Joseph and the Amazing Technicolour Dreamcoat” album when I was a boy.

Is there any chance that you will play live shows with a Peter Gee band sometime, some day?

I’m afraid there are no plans at the moment to do any Peter Gee solo concerts. The only time my songs have been played live to date was at a concert by the Thin Ice Orchestra in the 1990s and once at a Pendragon acoustic show in the early 2000s. I don ’t have the budget or organisational skills to put a live project together at the moment I’m afraid.

Any news about Pendragon, that you want to share with us?

Nick is currently writing the new Pendragon album and Clive, Vincent and I went down to Cornwall to record some ideas with Nick back in January 2018. We may be recording the new album in late 2018 or early 2019 and touring in 2019, not sure when in the year yet. November 2018 will see Pendragon play a handful of special 40th Anniversary shows in Europe and the UK in which we play a selection of songs from the whole history of the band.

Is there anything you like to do (hobby) beside playing music..?

I like going to church, riding my motorbike, visiting new places, meeting new people, eating, walking, watching films, going to concerts, appreciating beauty, and helping other people when I can. I normally live a fairly quiet life away from music. 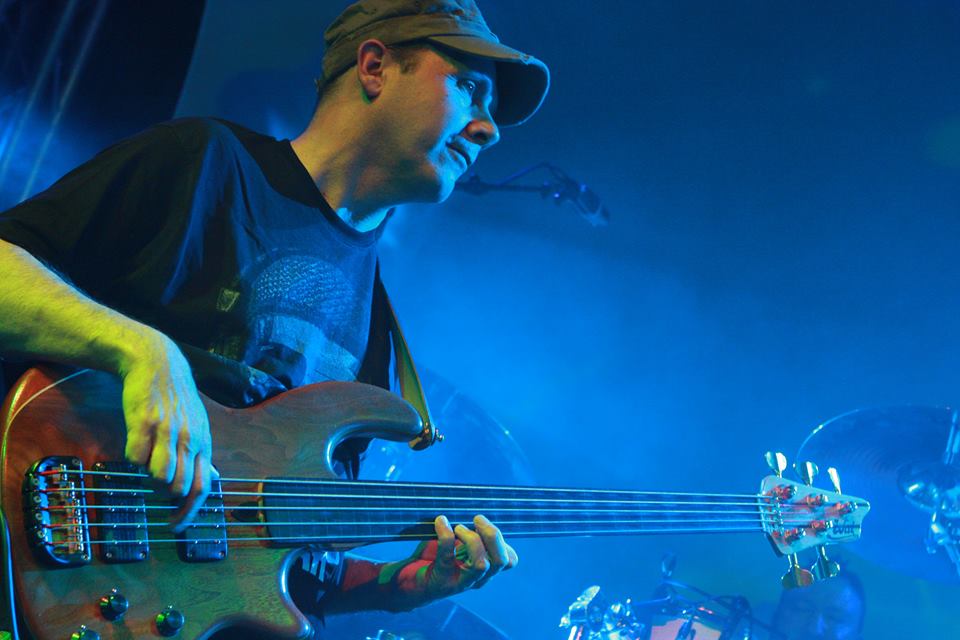 Did you ever thought about leading a nice and quiet conventional family life?

Since I joined Pendragon aged eighteen, a normal life was never going to be an option for me. Once you have the gift of music, you have to use it and if I hadn’t been in Pendragon then it would have been other bands instead.

What are some of your own favourite bands/artists…?

Maybe it’s strange to mention after all these years; Mister Geoff Mann again? But are your thoughts sometimes with this great men and artist?

Geoff Mann was a good friend and we all still miss him. But Geoff achieved so much in his 30 plus years, probably more than most of us will achieve in our whole lives. I look forward to meeting Geoff again one day in Heaven.

Do you also still have contact with his wife (Jane) and the children?

Yes I am still in touch with Geoff’s wife Jane, normally via social media, but I’m not in touch with any of their grown up children at present.

Do you have a last word, or something that’s on your heart you want to share with the readers of Bonavox?

Just to say thank you to all of the Bonovox readers for their support and I hope you like at least some of my new album, even if it’s only Simon William’s album cover, which to me is stunning! Thank you. Peter.

Check out, for more info about the new album by Mister Peter Gee    http://www.whiteknightrecords.co.uk/

Thanks to mister, Willem Klopper, for the photo´s