Hello Thomas, please tell us something about your hometown?

It is an old coalmining city called Gelsenkirchen…in the middle of the Ruhrvalley. It`s also getting very famous cause of the soccer-club FC Schalke 04

Please tell us about the start of your love for heavy Metal, how did you get Into Metal and when did you decide to start playing the bass-guitar?

I bought the first album by my saved up pocket money back in 1976. That was Rainbow`s Rising. I will never forget the moment when I listen to this masterpiece for the first time on my daddy`s hi-fi system. So my ideology changed immediately and I realized that this music will be the strongest part of my life. But I was involved in Hard Rock music since 1970, cause my older sister was a big fan of bands like “T.rex”, “Slade”, “The sweet” and AC/DC as well.

But Venom was the final reason to form a band and start trying to play bassguitar. When their first album “welcome to hell” came out in 81, we could not believe how heavy a three piece band could perform. But also Raven, Tank and for sure, Motörhead were our great heroes. So we took the decision, to make music that should sound heavier than venom and faster than Metallica. That was our slogan ,)) but we created a brand-new and own style, called “witching metal” so we want get separated from all the other bands around us us..

When you look back to the 80’S and the Metal scène, what are your thoughts now about this great happening Called; Heavy Metal…?

Heavy metal was like a revolution against the parents, teachers and establishment and also against Posers and Poppers, who hate this music. Metal fans were a minority, because music like “Deutsche Welle” and “New Wave” was very popular in the beginning of the 80th. I was in a school class with 30 pupils and I was the only one who listened to metal. That was strange, but we respected each other. I remember in 81 when the famous Metal pub “Mephisto” in Gelsenkirchen (my hometown) opened the gates. That was the meeting point for the whole metal scene in the “Ruhrvalley” (Ruhrgebiet/Westfalen). In this pub I met Frank, our later guitarist “Aggressor” for the first time and we were both big extreme-metal fans. Later we came up with the idea to form an own band. 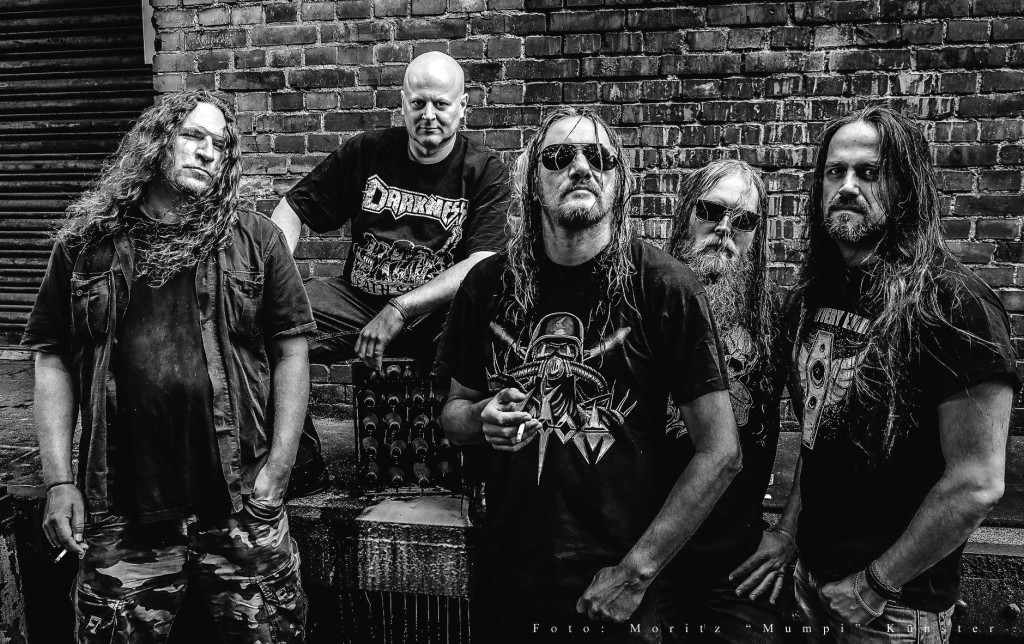 You have experianced nearly everything as a musician! You played with the ‘big’ names in the scène and outside the scène. Playing full stadiums, Festivals, big and smaller clubs, you where in different recording studio’s and you where in so many places on earth that most ‘normal’ People never could be..You are probably feeling really fortunate about this live or? And do you have still a dream or thoughts about things that still could happen with you or Sodom in the future?

Oh yes, I am so glad to make my live just from the music and travelling the whole world. That’s what dreams are made of. But it`s also a result of a hardworking man, especially in these confusing times and this digitalized music business. I hope that I stay healthy and creative to do this job for the next 10-20 years.

2018, another album Will see the light of day on 28 September! It Will have the title: Bier Ernst. Please tell us about the writing proces and time in the studio?

We always are into a songwriting process, so after release of the latest album; HELD we came up with a lot of new ideas for songs and lyrics. When we got the option from our label to release a new album we finished so many songs and in the end we decided to record 21!!! Songs, that we split in “Bier” and “Ernst” (which means something like “serious”)

Who is responsible for the artwork/cover of the album?

That is our good friend Moritz “Mumpi” Künster. He is one of the most famous photographer for music and acting business in Germany. He is a big Sodom and Onkel Tom Fan. He did the photos and the graphic design and the videoclip as well. 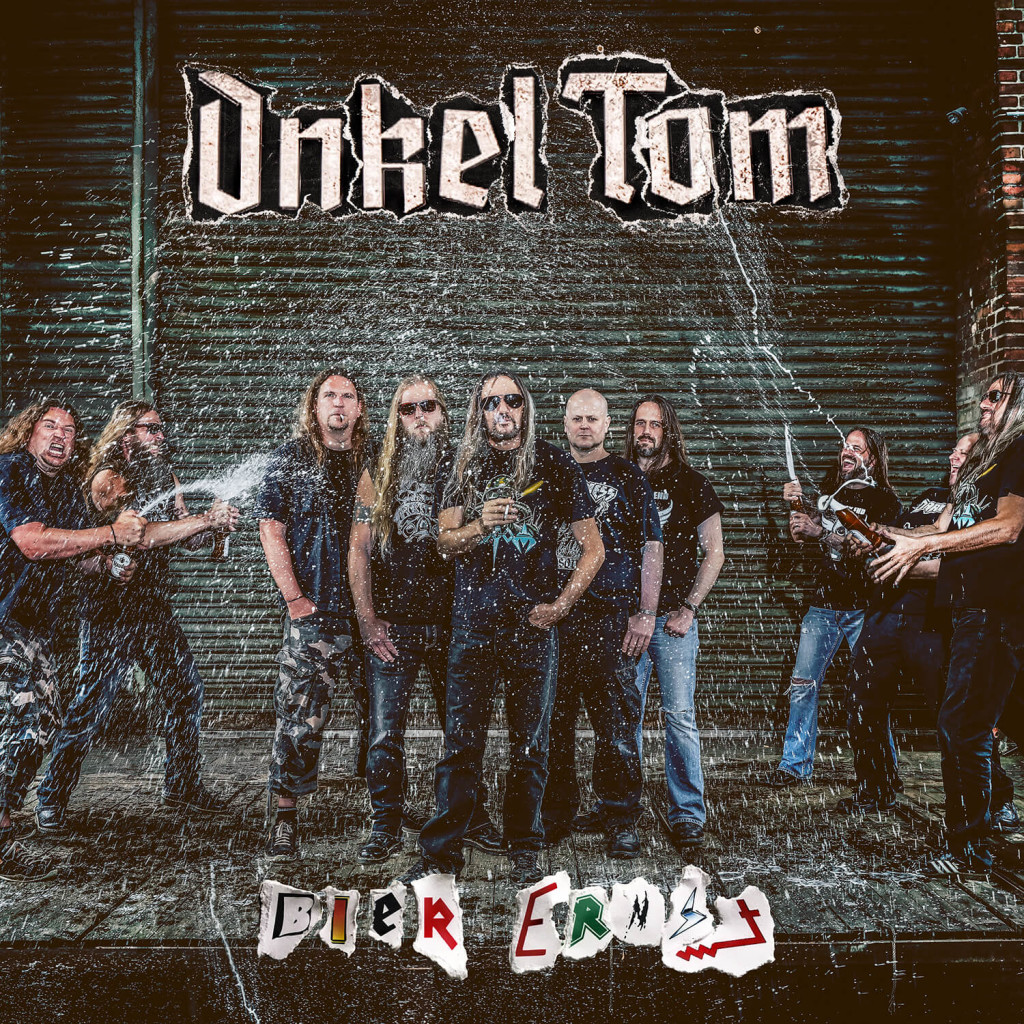 Please tell us about Bier Ernst, what is the meaning behind this album?

On the Bier (beer) CD you find just drinking songs and also some covers and traditional german drinking songs. That is usual for the most of Onkel Tom albums and exactly what all the fans like listen to in every OT show. On the Ernst CD there a a lot of regular german songs, that deal with everything we get inspired from, like the bad situation in our world and songs against some politicians.

After all these years, what are still Some of your favorite bands?

That will never change…Motörhead, Tank, Venom, Slayer, Metal Church, Exciter, Raven and hundreds more bands from the glory days of heavy metal back in times…

Are you going on tour this year?

Yes, the Sodom tour with Exodus in the end of November and a couple of single shows with OnkelTom. 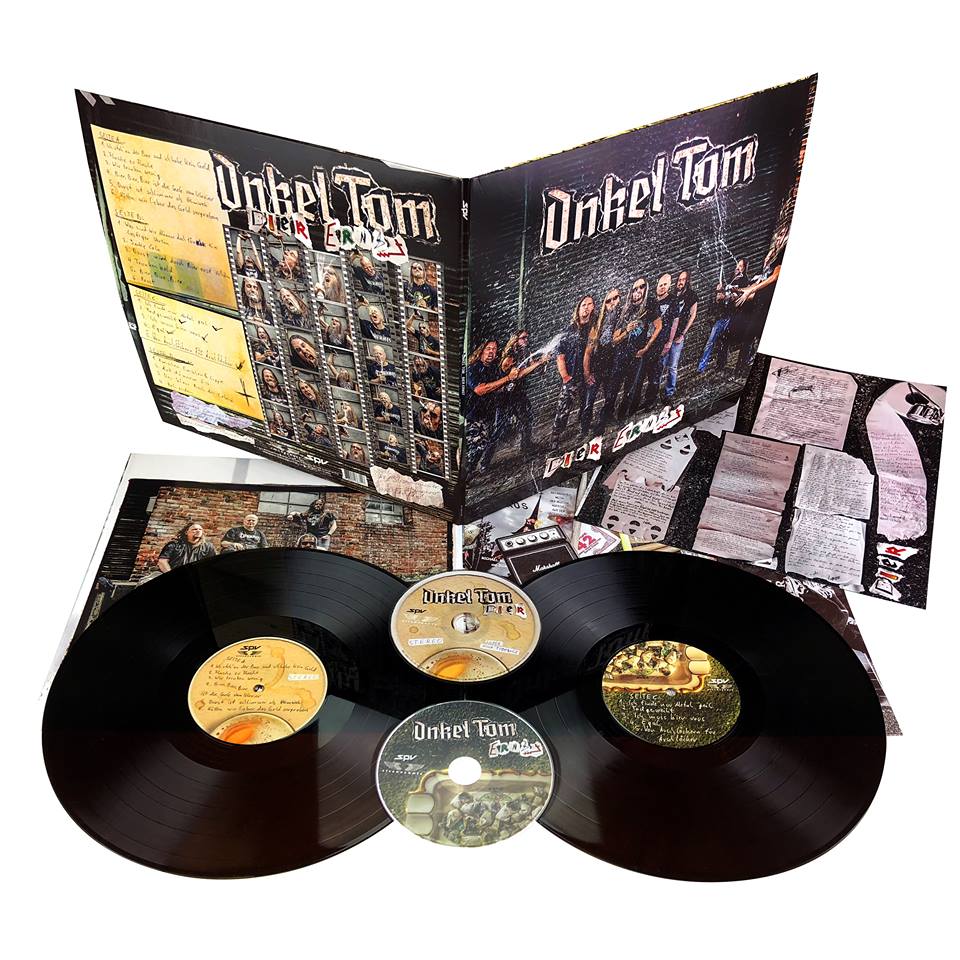 Any news regarding Sodom?

Yes, new EP will be released just before the tour and hopefully the new album in the end of next year…we will see ,))

Do you have Some Words that are in your heart you want to share with the readers from Bonavox?

Thanx for your loyal supporting all over the decades.We love you and we hope to see you all soon ,)))