Hello Andreas, Please tell us something about your hometown?

My hometown is Cologne, and it never was a rockcity, too much big venues, and all the Clubs are dying at the Moment, it`s not easy for undergroundbands. And most of the metalbands from here are Deathmetal Combos. But Cologne is a very friendly and multiculture City there is no racism here, And that`s good.

It’s probably a long time ago, but how did you get into Heavy Metal?

Finally a good Question, but it´s damn Long time ago. I think it was 1982 when I was 12 years old my Cousin gave me a copy of Iron Maiden – Killers, Motörheads – No Sleep til hammersmith and Saxon – Strong arm of the Law, that was the Moment where my love to metal started and never ended. When I was 14 years old I bought my first 3 LP´s , that were Maiden – Powerslave, Metallica – Ride the Lightning and Tokyo Blade – Night of the blade.

Which bands where a big influence then and now concerning your love for Heavy Metal?

It was Always Iron Maiden and Metallica, but I Always prefer different styles of Metal. I love Thrashmetal and I loved Hairmetal, but also puremetal like Priest, Progmetal like Fates Warning or Queensryche, and American powermetal. 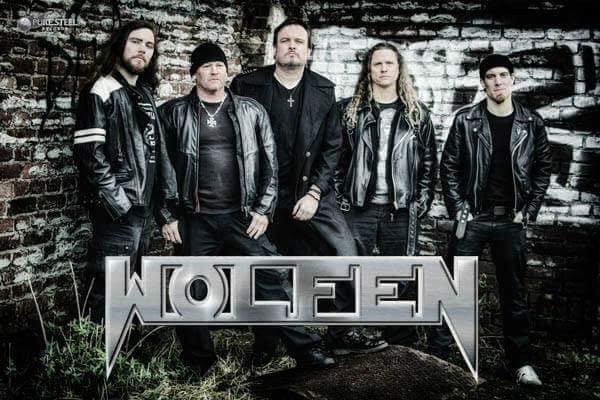 What happened when drummer Holger and Bjorn, long time guitarist left the band….Did you think to stop/quite the band?

It was quite hard but it was the Right decision they did, when you are not able to give 100% to the band, it makes no sense. We will never stop wolfen, Frank the guitarist and me wrote all Songs alone all over the years. And so Long the audiences will listen bang to our Music we will go on. I was Always optimistic and in the end it was the what could happen to wolfen, because with our new members the eye of the tiger is back.

How did you get in contact with Andreas Doetsch? new drummer Siegfried Grutz was known as interim drummer for Wolfen, so he was/could be the natural new bandmember….?

It was a Logical consequence asked Siegfried at first, because he knew our Songs and style and wish to be a full member of the band. Andi was the second Guitarrist who contacted us after Björn quite the band, and from the first Moment he blew our mind with his shredding guitarstyle, he pushes Wolfen to the next Level. 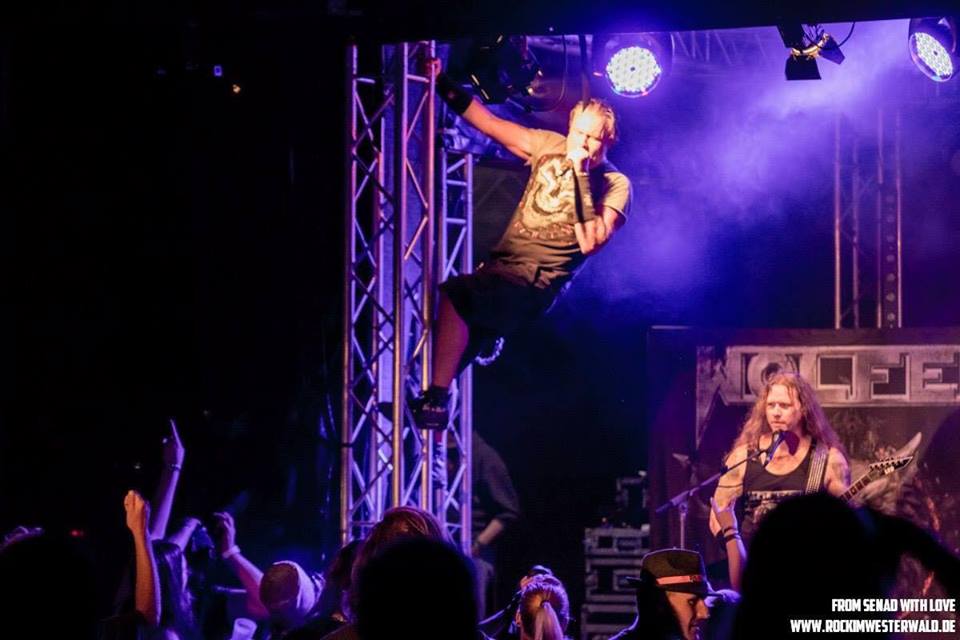 Between 2014-2016 the band toured together with Grave Digger through Europe. Please tell us about this experiance?

That was awesome, by the way Chris is a Long time friend of mine and over all those years he never asked me to go on tour withg us, but after he listened to our „Evilution“ Album he was convinced. We Play 17 gigs together and all concerts were great. But don`t think that touring is only fun and Party, sometimes it`s really hard, on every venue there was a big Refrigerator full of alcohol but you can´t drink every night that`s a fairy tale. On 3 evenings of These 17 gigs we were a Little bit drunk that`s all, because you must be fit the next day to give value for the Money.

Since June, 2018 there is a new Wolfen album, with the tittle: “Rise of the Lycans”. Please tell us about the writing proces, time in the studio and how the press and fans received the new album?

There were only 2 songs we wrote before the new members join the band the rest of the songs were written by Frank, Andi and me. Already in the rehearsal room we expected that the new Songs sounded so Fresh and full of Energy all the bad times we go through find a place in that new stuff. We were so good prepared for the Studio that we recorded the whole Album in one week, unbelieveable.

The first Idea was to make a conceptalbum but after I wrote more and more lyrics it seemd it will a neverending Story, and the new Energy in our Music did not allowed to that. So I shorten the Idea of the Story and pack it into 4 songs called the GENESIS PROJECT.

Okay… every band say that the new Album is the best and all the fans and mags like it, but in our case it is the truth, we got only great Reviews all over the world, and all our fans love the new one.

Any festivals you play this summer?

We did some Underground Festivals this summer, and we are still Looking for more Festival in 2019, especially in The Netherlands and Belgium so feel free to contact us.

Why you choose Martin Buchwalter to be the producer of the new album?

Martin is a very old friend of us we Play often together with his band Perzonal War, and after he did such a great Job on the last two Album, it was clear that we record Rise of the Lycans again in the Gernhart Studios. He had perfectly realized our soundideas. 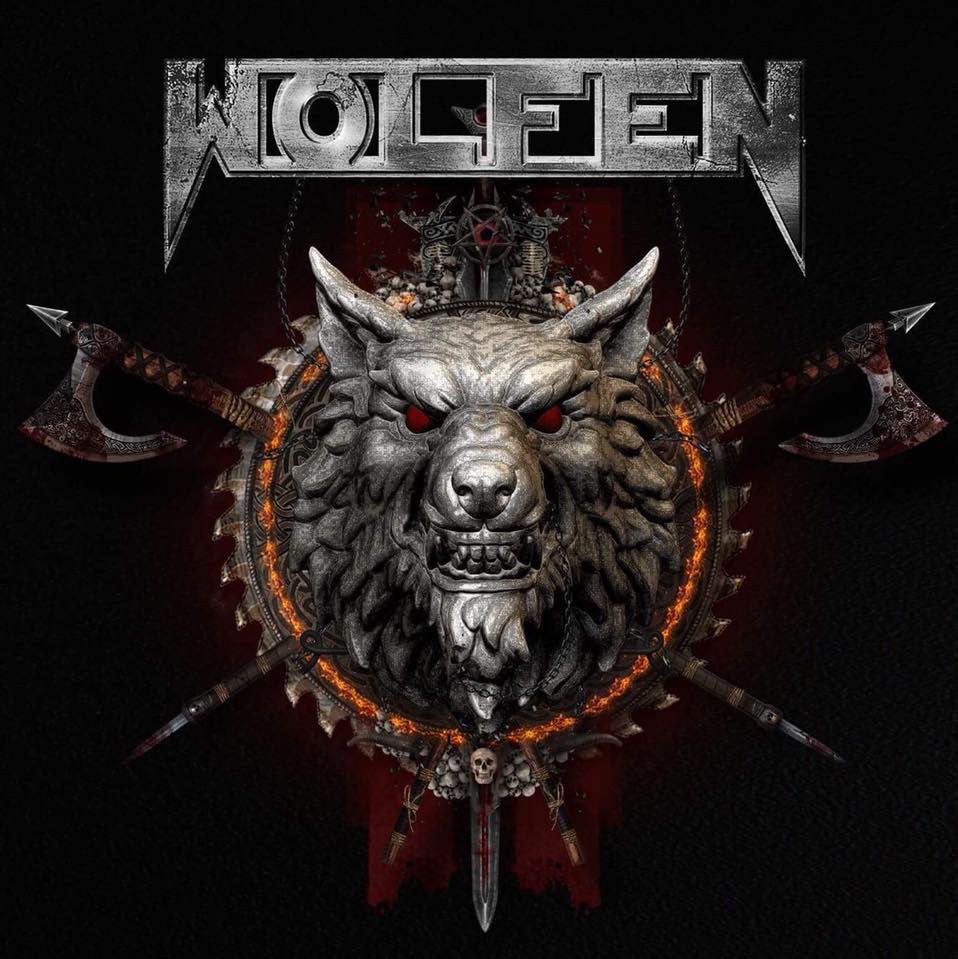 Who was responsible for the front cover of the album?

Ha ha that was my idea, after we discard the idea of the conceptalbum, for me was clear, WE ARE BACK after all this chaos of bandmember leaving and so on. It was time for a real wolf, because WE ARE WOLFEN and no other bands with wolf in their bandnames, ha ha. And I prefer those central graphics on a cover. And then I found an Artist called Fernando of Blackartsdesign from Portugal via Facebook, I explained him my Idea and the first design blew us away. The first Idea was to give the Album no title only wolfen, but then we thought it easier to find for the fans when we give the Baby a Name, and so we call it Rise of the lycans, and I swear at that time we didn`t know that the Underworld movies have the same title, in one of our first Reviews we read „how uninspired to call an Album after a movie“ and it was like a hammer hits us, we didn`t know. 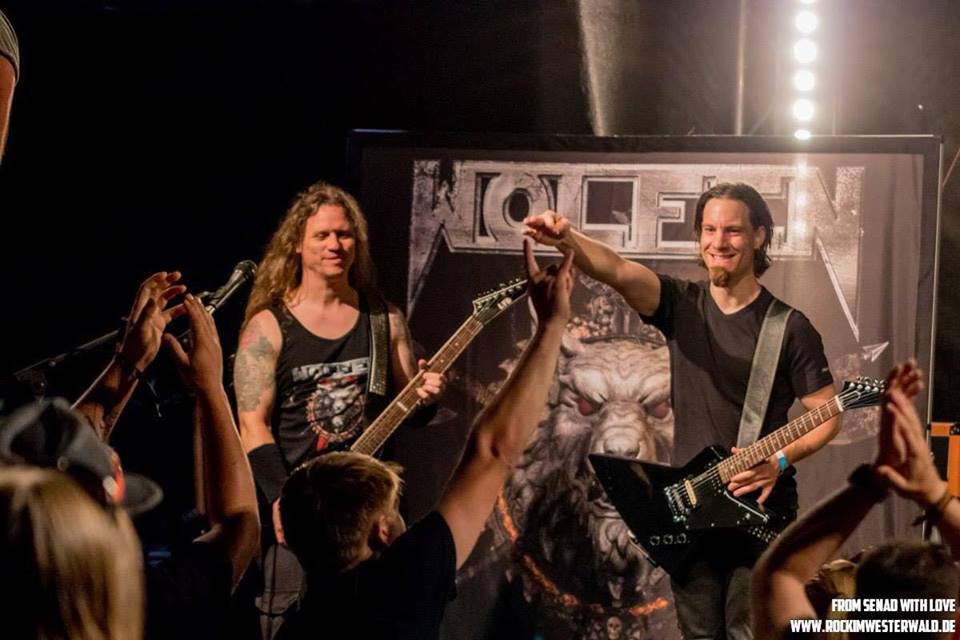 Do you have a last word for the readers of Bonavox Magazine?

At first we will thank the Magazine and all our Readers to give us a platform to present our Music because this our life, We hope you will enjoy the new Album, and please support Underground Bands, Festivals and Magazines that`s real Metal…..

Red: some photo’s where taken from; https://www.facebook.com/rockimwesterwald