In 2005 some musicians from New Zealand got together to start a band to combine the brutal sound of Slayer, Arkangel and Morbid Angel with a Christian message. Starting off playing in garages they moved up to headlining tours and playing festivals across the world. Their songs have been known to speak to issues such as betrayal, violence and abuse & addiction as well as messages such as friendship, hope & faith. We recently caught up with Facedown artist Nick Tautuhi, the vocalist for Saving Grace to talk about the band are the visions on life.

As your band Saving Grace not that known in The Netherlands, could you please introduce it and its music to the readers a bit?

We are a hardcore/metal band from Gisborne City in New Zealand, we formed in early 2005, have released 4 full length albums, 2 split EP’s and 1 demo. Thematically we deal with topics of faith in the Lord Jesus, and the difficulties and harsh realities we face in life. 3 of us are straight edge. 2 are Christian.

What does the hardcore and metal scene in New Zealand look like and how did you personally grow up and get in contact with hard music?

The scene over here is pretty diverse. You’ve got people from all walks of life and all different social brackets under one roof, so to speak. Not necessarily a lot of outspoken bands in terms of what they sing about or what the speak about from the platform they have.  I personally got into heavy music through my late cousin, Joshua, he got me onto bands like Pantera, Sepultura, Korn and RATM.

Short and sharp generally. We usually play Thursday, Friday and Saturday then head back home to work the start of the next week, then head out again. It’s pretty tiring. Worse than full time touring!

How did you come up with the name Saving Grace? I wanted to have a name that sounded harmless, nice even, yet have a scathing and offensive sound. I like the contrast. I think we did alright with that! 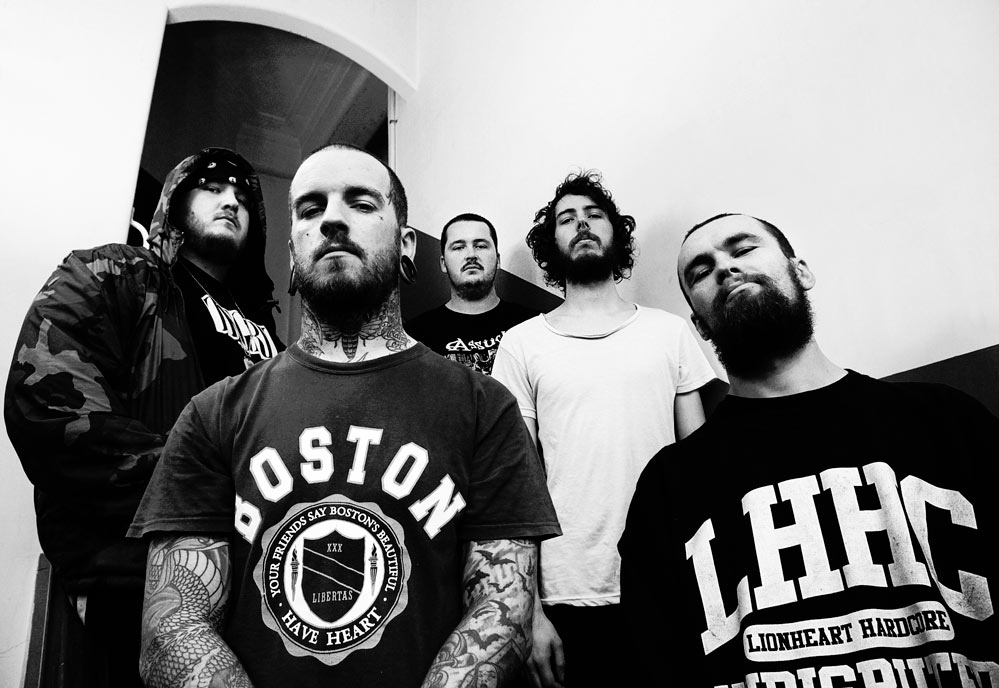 How did you come to be in Saving Grace?

Vasely and I are the founding members. It came about via a phone conversation while we were living in different cities, we were both individually coming into relationship with Jesus and our previous bands had dissolved, so I suggested to Vasely that we start a new band when I moved back home and sing about God this time around. About a month later we were playing our first show.

A big part of Saving Grace is your commitment to your religion and a drug-free lifestyle. How does this affect how you write music and tour?

I suppose that our spirituality effects everything we do in any number of ways, though we might not necessarily recognise them. So it’s hard to say beyond what you may perceive yourself thorough the lyrics etc. As for the drug free thing? I guess we have more time to focus on writing since we don’t spend all of our time getting wasted nowadays!

The band has been together for nearly a decade now. How have things changed from the beginning of your careers to today?

Well, how haven’t they changed?! We are a totally different monster to what we were barely in our twenties! I, for one, am far more grounded in my faith than I was back then. I’m also married, so is Vasely. We have had numerous line up changes, and subsequent shifts in our sound from record to record. Also, none of us live in our home town any longer!

Your new record The Urgency, was just released on January 21st. How is it different from your other albums?

It is different from all but our first demo. It is equally raw, angry and passionate. But most people would never have heard anything from that recording, so I guess the major difference is in the delivery. It is fast, it is aggressive, it is honest. It’s like we put everything that we feel strongly about into a cage and let it fight everything we hate and hit record!!

What can fans expect from The Urgency?

To be challenged and to be made uncomfortable, hopefully.

How do you come up with your lyrics?

Life happens. I write what I feel.

How do you describe Saving Grace’s music?

The sounds of the band is really trash minded and some times is sounds like Slayer when they where playing metalcore? Do you have the same thoughts?

Hahaha! I don’t know! But that’s an awesome compliment!

What is your most embarrassing on tour/gig moment?

Oh…… Hmm… Too many to count. Though I did trip over the microphone chord at a show in Yucca Valley in the USA last year. That sucked.

What is the best gig you have ever performed at, and why?

Oh man. I couldn’t possibly choose one. I love nearly every show we play. Soooo, the last show we played was great! Was in Tauranga in the north island of New Zealand! So good! Great vibes and awesome people. Small show, maybe 50 payers, and no stage. Had a blast!

Were there any artists or albums that the band was listening to that you drew inspiration from? Pantera.

Any advice you liked to offer to musicians who are just starting out in a garage?

What is your ultimate goal for Saving Grace?

Anything you want to add for your fans?