Guitarist Justin Lowe has been found dead almost a week after he disappeared. The body of the 32-year-old was discovered by a hiker on Tuesday near the St. Croix River in Minnesota.

Justin was a founding member of the metalcore band After The Burial, but had suddenly quit the group last month in a bizarre paranoid Facebook post.

Although the cause of death has not been officially released, police told the New Richmond News that his injuries were consistent with a fall. His car was found in a parking lot of the bridge above the river.

He had been reported missing since Saturday.

Fans of the Twin Cities band were confused and worried when the musician posted a lengthy post on his Facebook page claiming that he had been set up by ‘something greater than law enforcement’.

The alarming update, as reported by MetalInjection.net, reveals Lowe believed his friends, family and bandmates were conspiring against him, that somebody was trying to steal his data from his laptop, that he was being drugged, and that his keys had all been secretly duplicated. 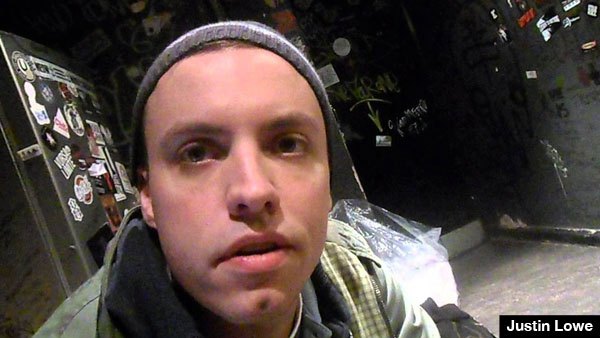 He claims one of his best friends had staged a suicide to set him up, and that the bands lead guitarist Trent Hafdahl had cut himself purposely to get blood on Lowe’s shorts to frame him.

He also claims he was sexually abused as a child, and that Hafdahl was now trying to make him look like a sexual predator, and that he had cuaght him trying to get a semen sample from ‘a semen encrusted t-shirt that was under my bed’

‘These are all dots I have connected and I do realize how deep this is. I have a feeling there will be a lot more coming that I have yet to figure out,’ he chillingly signs off. ‘I realize what I have said could certainly spell