Thrilled that we finally can announce our mindblowing headliner for Very ‘Eavy 2016! Stadskanaal will never be the same once Uli Jon Roth and his band will hit the stage Saturday the 23th of april 2016 with the “SCORPIONS revisited set”. One of the best guitar players on this planet. ULI JON ROTH played in SCORPIONS from 1973 -1978 and released 4 studio and one live album with the band. ULI JON ROTH wrote classic SCORPIONS songs such as “Dark Lady”, “The Sails of Charon”, “Virgin Killer” “Hell Cat” and “Sun in my hand”. After leaving SCORPIONS in 1978 Uli formed ELECTRIC SUN and released 3 more fantastic albums. February 2015 the double cd studio album “Scorpions Revisited” was released. The “Scorpions revisited set” will feauture most of your favourite 1974-1978 SCORPIONS songs and also some other fantastic tunes. ULI JON ROTH will let the sky burn in Stadskanaal! 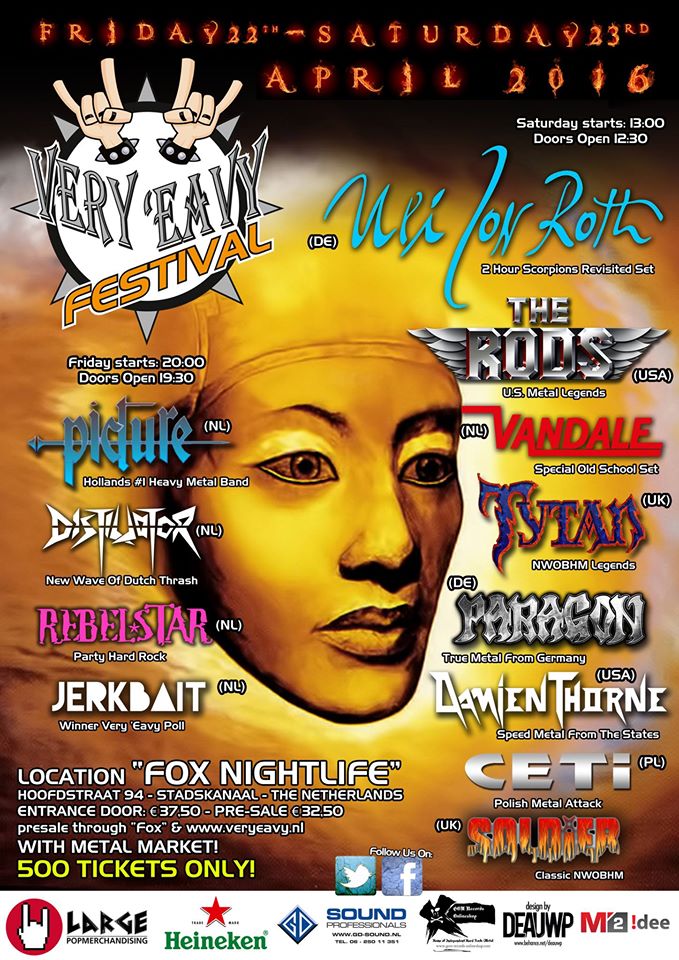