Armageddon USA, originally from Washington, D.C., is a rock and heavy metal band that is here to give the world a new message in an old school metallic sound. This is our triumphant return under this new name (formerly Armageddon) and are ready to rock your world with Our new release, “Up in Flames”! 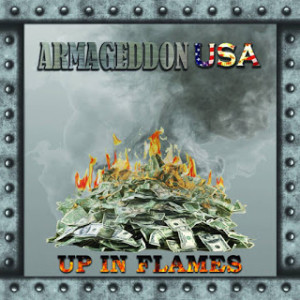 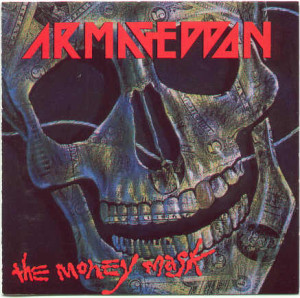 The band started as a two-man recording project in 1985, with Robby Lee on the guitar and Mike Vance on vocals. Originally dubbed “Second Chance,” they released two demo tapes that rocked listeners in the United States, Canada, Europe, and South America. While engineering the project, Second Chance added the talents of Danny Wilkinson on bass and Mark Miley on the drums. Second Chance became Armageddon in 1987 after the initial release of The Blazing Wasteland on the East Coast Metal compilation album. In 1988, Armageddon released a full length CD entitled, “The Money Mask” (Talkingtown Records) with studio help from Joe Hasselvander and went on to play live shows throughout the United States. In 2007, “The Money Mask” was remastered and released as a double CD (Retroactive Records) set that included the “Second Chance” demos and some live rehearsal outtakes.

It’s a long story involving a classic record company rip-off and people ending up in jail from the fall out. Someday, there may be a book about it. What we learned from the experience was to remain true to ourselves and our fans. We remain an unsigned band by choice as we prefer to have complete control of our music and merchadise. After several years of viewing a hoard of bands forming and taking the name, “Armageddon”, the band decided to become Armageddon USA. We just finished a brand new album called, “Up in Flames” and we are offering here on our website for a special price.