Hello Mark, how are you doing? 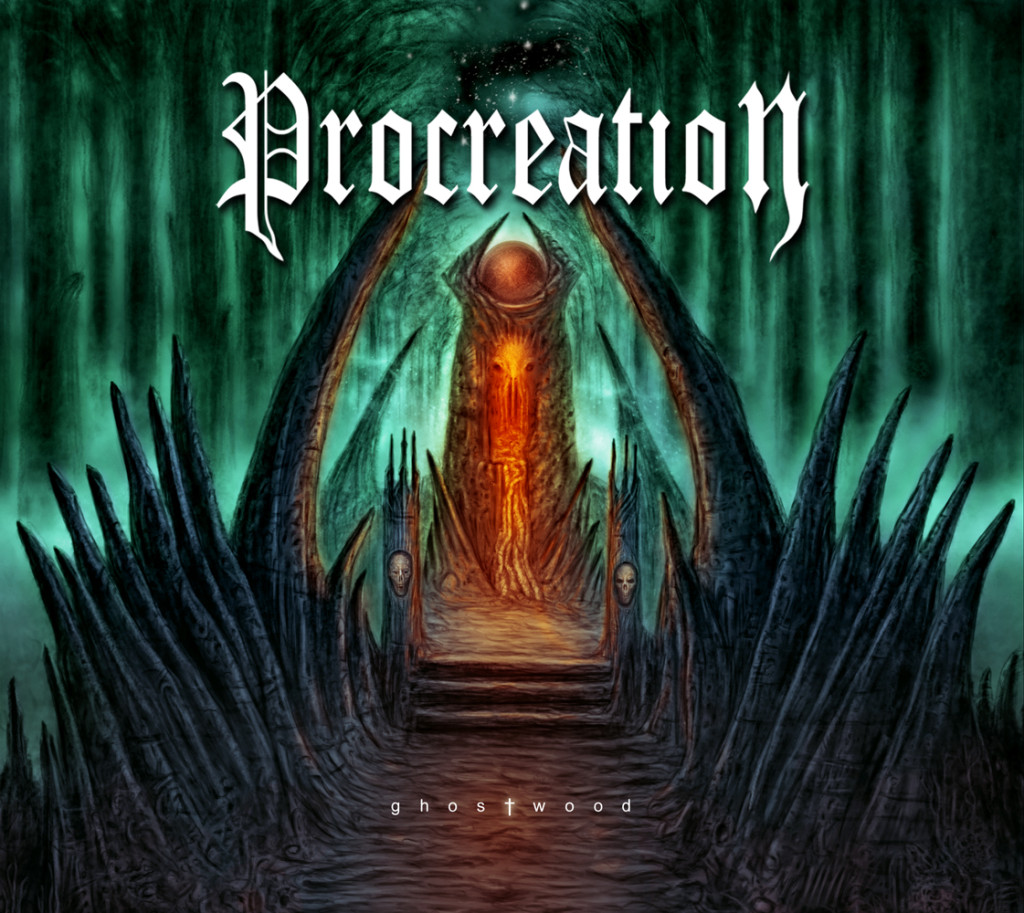 Your debut album, Ghostwood, was released some time ago via VIC Records. Please tell us how they found Procreation

“Well, I think we just got noticed. We recorded a full album and had a very limited digipack release of 250 copies primarily for promotional purposes. It received a lot of positive reviews in popular Dutch online metal magazines. We instantly started playing live a lot more. So the name Procreation was already up and running. One day we just received a message from Roel (van Reijmersdal, the owner of VIC Records) asking if we could send him a copy. By that time we were already in talks with a few other record companies, but I asked if he was interested in an official release on a larger scale as well. He offered the best and most realistic contract. We are very happy with the way ‘Ghostwood’ is promoted and distributed. For instance, the next issue of DOA-magazine includes a VIC Records bonus cd in the US and Canada. Being introduced to 4000 fans of the genre is a big thing for an unknown band.”

Please tell us something about the album, writing of the album, time in the studio…

“Ronald (Louwsma, guitar) is our main composer and writes most riffs. Finishing the songs is a real band process, everybody contributes. If a good riff comes up we ignore the rules of any style and make the best possible song. When the music is finished I usually have a sense of what the song should be about and I write the lyrics.

‘Ghostwood’ was written and recorded pretty much in sequence, ‘Killing Culture’, our opening song, was the first song we wrote and ‘Can’t stop the bleeding’ was written last while recording. The album was recorded in the home studio of Wilfred (Hake, drums), mostly during weekends and holidays.”

How was the album received by press and fans?

“You’re talking to the least objective person on the planet but I think the album is well liked.

Last week we send a good deal of our own album stock back to VIC Records just to keep up with our distributors demand! So, it’s actually selling.

People generally like the contrast between brutality and beauty and find the music very accessible because of the song structures; it’s not an endless stream of random riffs. This approach to music came across real well. It’s always nice when people come up to you telling how much they like it.

Critically regarded, we had about 60 reviews with an average between 70 and 80 points out of 100, including big magazines in print like Rock Hard, Deaf Forever and Metal Hammer.

There’s two or three that didn’t like the album, usually written by someone with a clear old-school / brutal deathmetal-only background. There was someone who preferred a bigger, more produced sound like Fear Factory and another one didn’t like my vocals because they are understandable. That’s a matter of taste, readers read that too and can make up their own mind.” 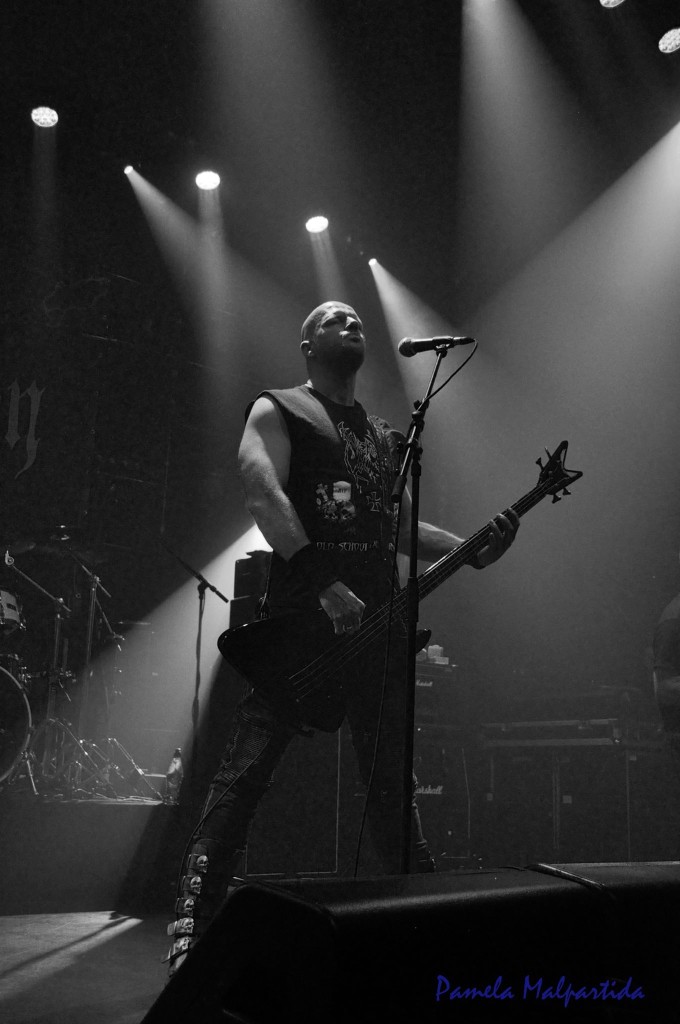 Can you explain whats behind the bandname and the really nice album cover of the Ghostwood release?

“I’m not sure how our name came about, it was probably inspired by that great Celtic Frost song ‘Procreation (of wicked)’. It’s a good, powerful name with energy and a reference to creativity.

We had to change the artwork of the VIC-release at the last minute. The original artwork was based on a painting that changed owners between releases. The guy that holds the rights now asked for a ridiculous amount of money, threatening legal action if we went through with it anyway. Luckily we were introduced to Marc Niederhagemann (ArtWars-Mediadesign), who already had a finished artwork that matched our music. It reminds me of Dan Seagrave’s work. In color and design it really stands out.”

The number of live shows is growing each year. In 2015 the band played about 22 concerts, that´s I think quite fine. You also played The Metal Magic Festival in Denmark, how was it to play in Denmark for the first time?

“I think the best way to promote music is to play live. Most shows lead up to more shows. Straight from the start we were eager to establish a good live reputation. This payed off, because we are starting to play real nice venues now, reaching more people.

That Denmark show was awesome! We spend a full day in the bus with our buddies from Departed Souls, heading straight back after our shows. Because of this experience driving to every single show from that moment on feels like a piece of cake.” 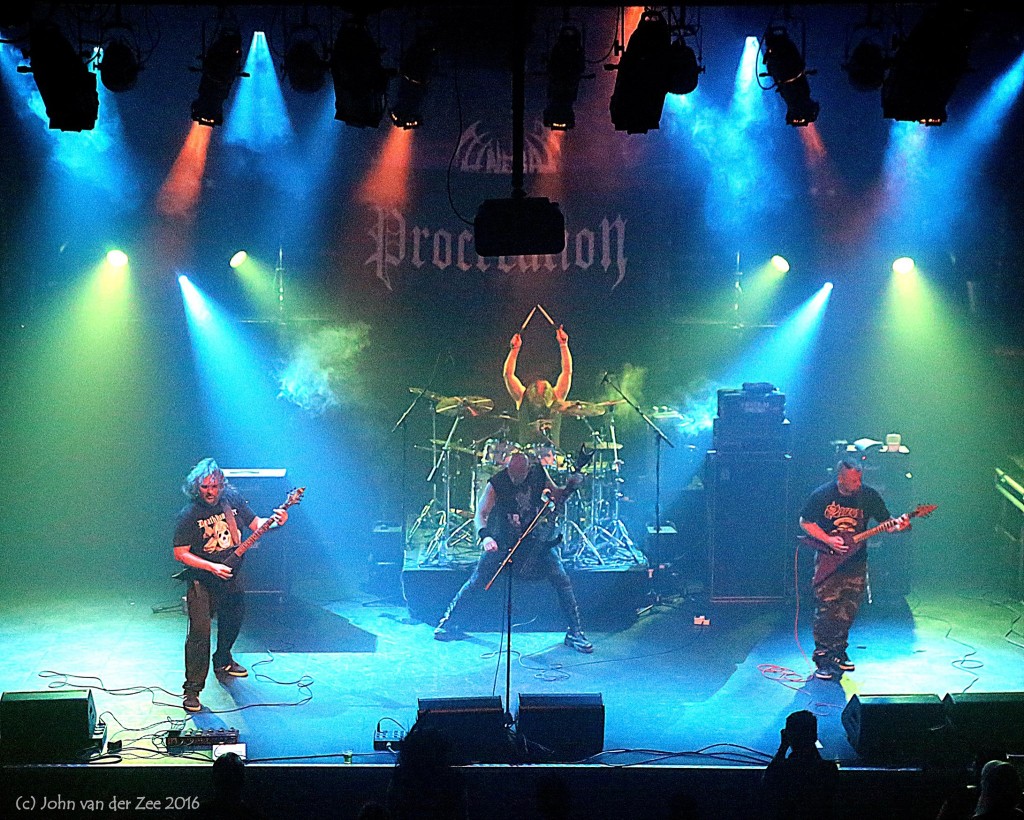 What about this year 2016, how much shows are already confirmed?

“Right now we have ten shows confirmed, but we’re planning a few mini tours later this year. If you play several shows in one weekend the numbers add up fast. We’ll probably end up playing a bit more than last year again.”

You combine bass and vocals in the band. I read in your biography that finding a singer was a problem, was it really that difficult finding a suitable candidate?

“The biggest threat for any band is an unstable line-up. It stops you from moving forward and really kills the fun. We experienced that too many times in previous bands. It’s never easy to find musicians who have the ability, the right attitude and share the same vision on music and sense of humor. At some point I just gave it a try and here we are.”

“Everyone in Procreation has a broad taste in music. We all like heavy music of course. I like weird and offbeat stuff. I’m a huge fan of the Smashing Pumpkins. Cemetary, Sundown Samael and Therion also influenced me. These bands are fearless and unpredictable. Each album is a fun ride. I like that mentality and wanted that for my band.

We don’t have a bucket list of bands we want to play with, but playing with Vader would be nice! Obviously these guys like fast deathmetal, but they’re also oldschool heavy metal-fans. Since we incorporate some of those influences in our music too they might like us.”

“True, I get that all the time. Even live! He’s one of the best death metal singers in my opinion and I have a lot of respect for him. As a new band you’re always being compared to what people already know. I guess Peter’s voice is the closest thing. We have a similar technique and pronunciation. I noticed that at the beginning of a song Peter sometimes starts a little over enthusiastic causing a vocal restriction. This sounds like a duck drowning. That happens to me too sometimes. It was never my intention to copy someone. For the next record I’ll be singing a bit differently, hopefully sounding more like me.” 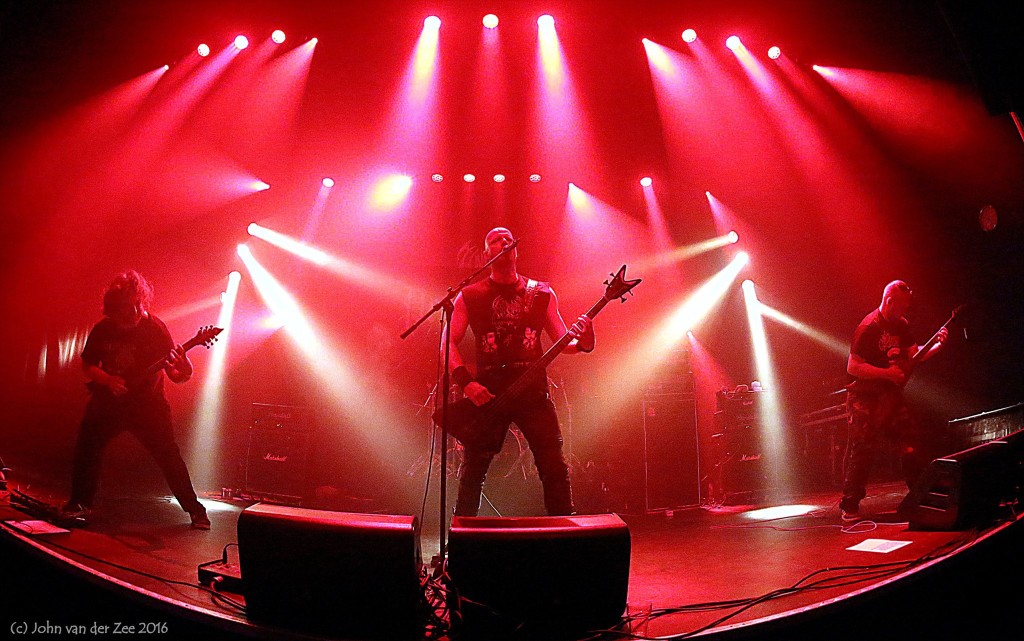 Talking about a new album…Are you guys busy already…?

“Definitely! Ronald is writing riffs and songs all the time. We’re well on our way writing the new album. This summer we’ll be focussing on new stuff. Hopefully we can start recording by the end of the summer. We aim for a 2017 release in march or april.”

All info about Procreation you can find:

Do you have any last word, or something that´s on your heart to share with us?

“Thanks a lot for your support, see you on the road!”