Home
News
Metal fans have been waiting for this news for years! Metal Mind Productions is proud to announce that after a 9-year hiatus, the biggest indoor metal festival in Eastern Europe – Metalmania, comes back to life!
The 23rd edition of this iconic festival will be held on April, 22nd 2017 in Spodek Hall, Katowice (Poland). It will be one of the most important musical events of 2017, a real treat for metal maniacs worldwide! Metalmania remains true to its formula – one day, two stages, several bands from all around the world and thousands of fans! That’s what Metalmania Festival is all about! First bands to be announced soon.
The last edition of Metalmania Festival took place at Spodek Hall in Katowice on March, 8th 2008, with Megadeth, The Dillinger Escape Plan, Overkill and Satyricon on the bill!
More info:
www.metalmind.com.pl/metalmania
www.facebook.com/MetalmaniaFestival/ 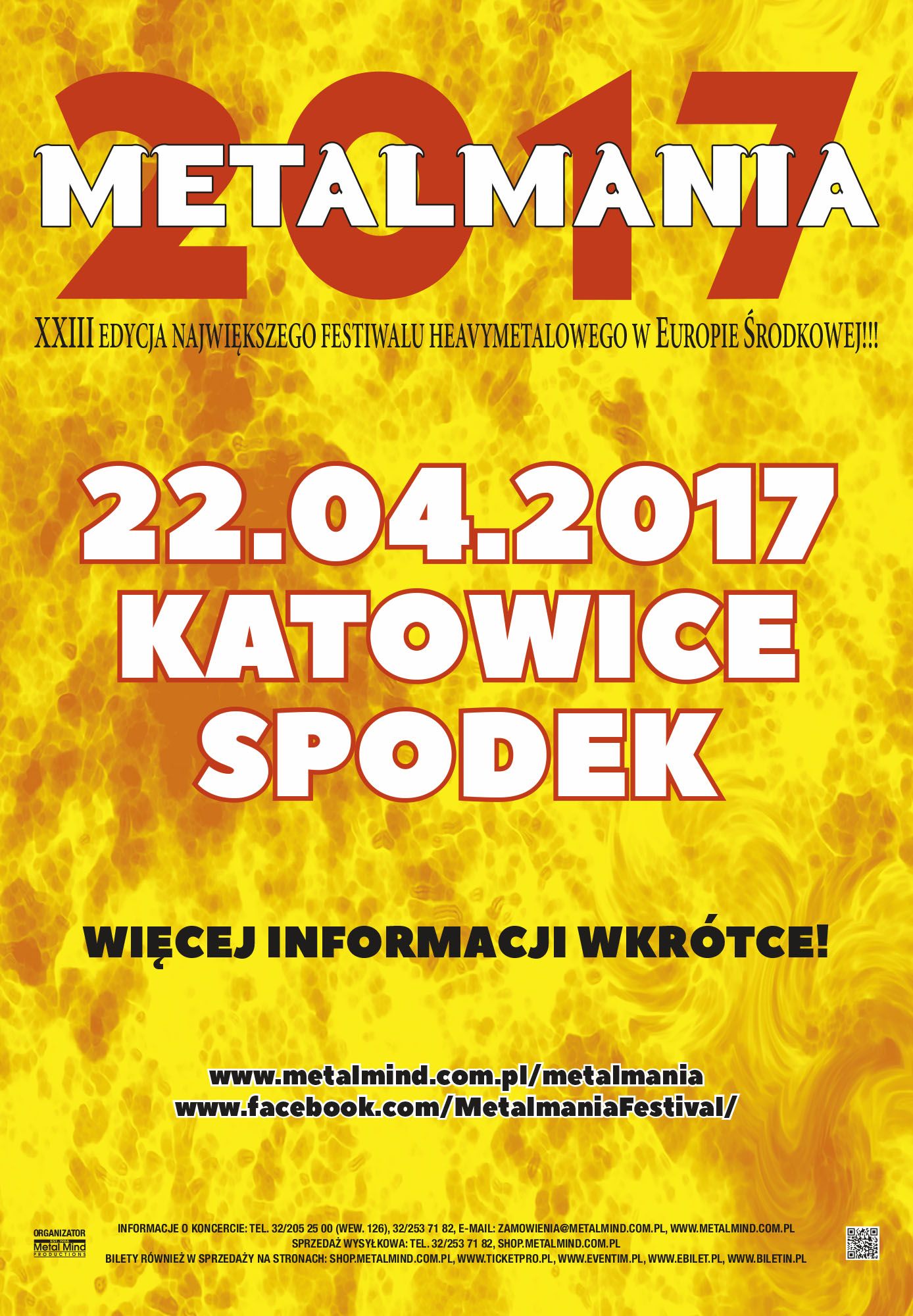