Home
Interviews
Dear Ricardo Falcon, how are you doing?
I’m doing fine! Very busy lately due to my moving process to Netherlands but everything is starting to get into place 🙂
Please tell us something about the place/city you live in and how is the metal scene in your area?
I’m living at the moment in Amsterdam. I still cannot say much about it cause I didn’t stroll much around yet. I was very busy with the recording of the new album and also with my private life. Everything is new so it’s a bit hectic. There’s a nice festival here called Amsterdam Metalfest that’s made with professionalism. But I guess there’s still lacking a bit. Could always be more 🙂 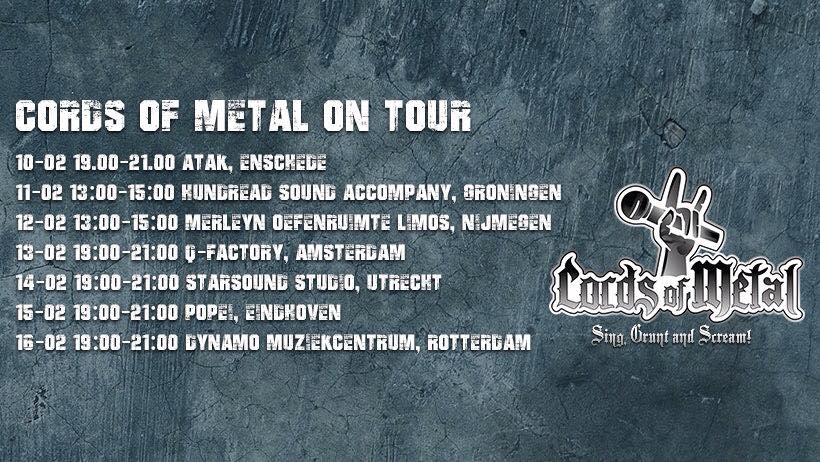 I read on Facebook that you are going to do some guitar clinics across Holland..? please tell us something about Cords of Metal…?
Yes, indeed. Cords of metal is a project of Fran Kaart. She’s a vocal coach specialized in techniques for Metal like gutural, drive and so on. We built together a workshop called Ladder to fame in which we talk about the difficulties on building up a career and a featured band. So we present some tips and tricks to make it work.
But on this clinics in February I will focus more on guitar techniques. The dates you can find on my personal facebook page: https://www.facebook.com/GuitarFalcon/
and: https://www.facebook.com/cordsofmetal/
You are originally from Brazil, Sao Paulo, please tell us how/why you got to live in The Netherlands…?
I moved from Sao Paulo to Barcelona in 2009 which I spent 3 years there. After that I went to Wroclaw, Poland and spent another 4. I wanted to change something in my life and grow up even more in my musical career, it was time to give a step further. It was when I saw that Sinister was looking for a bass player. I applied for an audition and I got the job. Then of course I needed to move to Netherlands to stay in the band. Funny fact is that right after I joined the band as a bass player, Bastiaan left and I took the place as a guitarist. 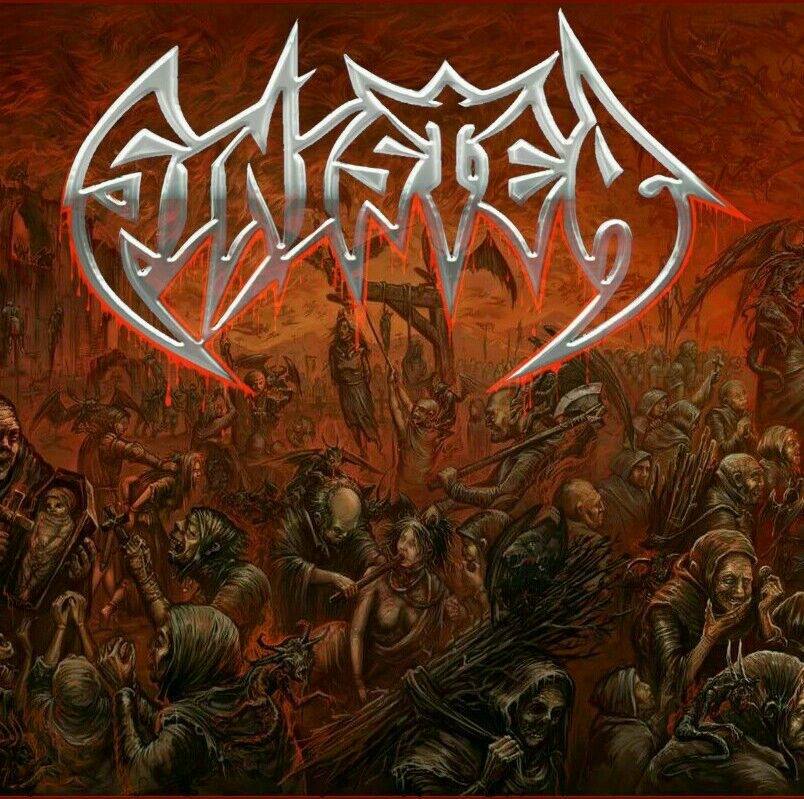 Please tell us about the preperations/writing process/time in the studio for the new Sinister album; “Syncretism”, that will be released via Massacre Records on 24 February 2017…?
We spent almost a month at Soundlodge studio in Germany recording. The production was made by Jorg Uken which did an amazing job. I recorded the bass tracks plus the guitar tracks of Syncretism, Rite of the blood eagle and Confessions before slaughter. The rest was done by Bastiaan.
Toep did an amazing job on drums while Aad really impressed me in this album with some high pitched voice along with his brutal guttural that is like a panzer devastation. We also got new elements in this album with keyboards (Not all the time) just to create some atmosphere in some parts. Carsten from Monolith Deathcult created those parts and it was like the seasoning we were needing for this album. Everything matched perfectly!

Is there a European tour planned to promote the new album from Sinister..?
Not an extensive tour but we’re gonna play in some nice festivals such as Obscene Extreme (CZ), SteelFest (FI), In Flammen (DE), Metalmania (PL), MetalDays (SLO), Netherlands DeathFest (NL) and some other gigs that are about to be confirmed by our management.
What are some of your own favorite bands..?
I love technical and brutal death metal and I guess that this can be heard a bit in the tracks I composed in this album. Bands such as Hour of Penance, Dying Fetus, Psycroptic, Anata, Abysmal Dawn, Cattle Decapitation, Cryptopsy, Deeds of Flesh, Hate Eternal, Kronos…. Many to name hahaha Of course I also love the old school bands such as Deicide, Vader, Death, Malevolent Creation… Funny to say that I’m a big fan of Sinister since I’m 15 and now I’m playing with them! Kinda like a dream 😉
Do you have other bands or projects where you are being involved..?
I have a death/thrash band called itSELF which I toured over 20 countries in Europe but it’s kinda frozen at the moment. I’m really involved with Sinister and I need to be 100% with them. It’s very difficult leading another projects in such a demanding band. So all my attention is all focused to Sinister. 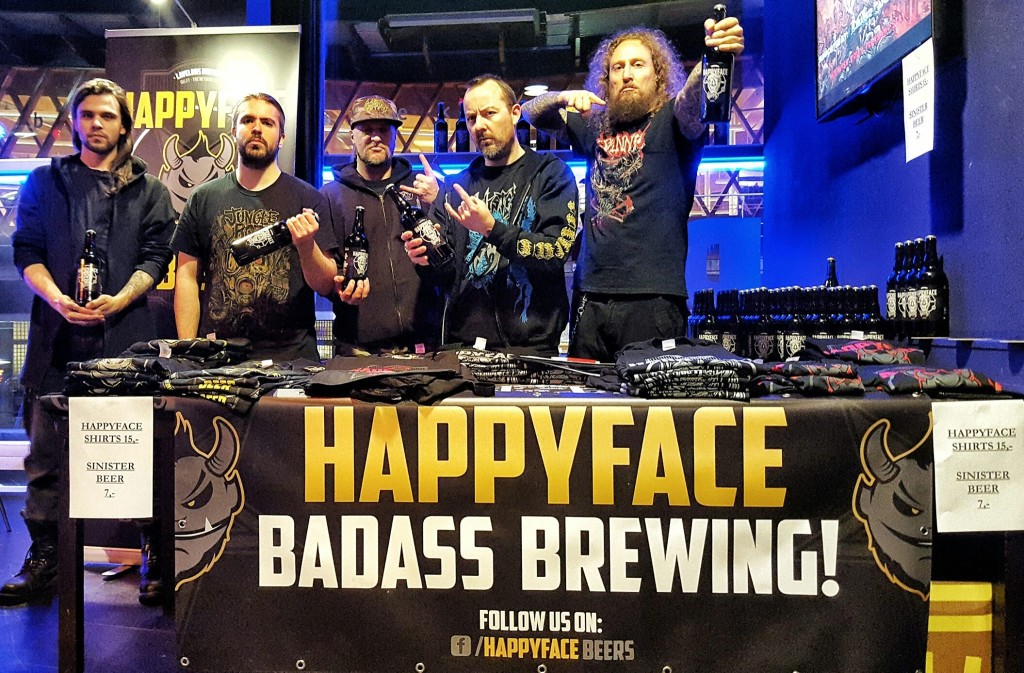 Do you have any hobby, or family to take care about, beside being a Sinister member…?
I love to go out with friends and taking a nice and cold IPA beer 🙂 The only thing I do besides Sinister is that I give guitar and bass lessons through SKYPE and face-to-face in Amsterdam. Sometimes I also produce and mix some bands but that’s all.
Do you have a last word to the readers of Bonavox.nl…?
Support metal in general. We are already very scattered and only the fans can make a stronger scene with more professional events, attending to those and buying the official merchandise directly from the bands. 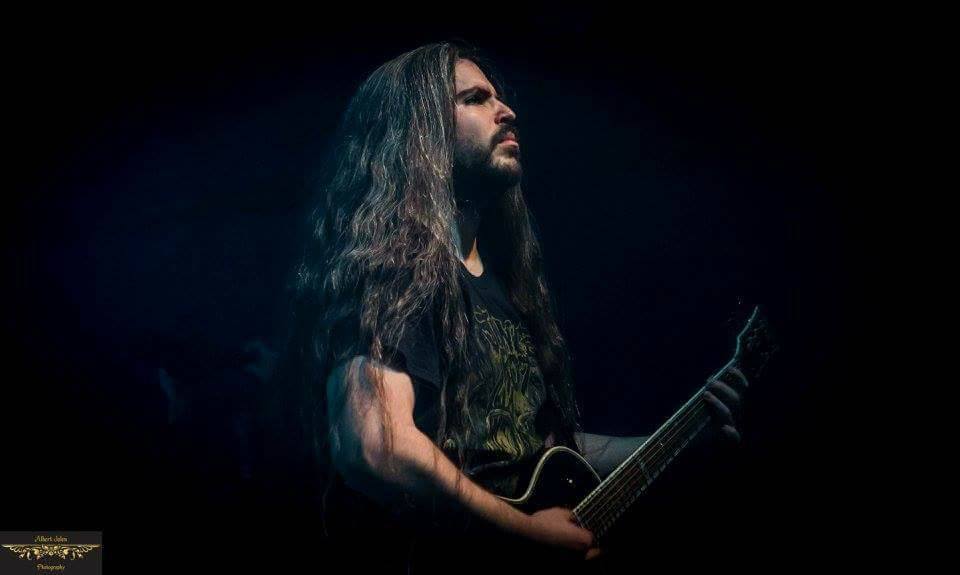